The winner of the 2019 Art Fund Museum of the Year, the annual prize awarded to the best museums in the United Kingdom, was announced on 3rd July 2019. The prize was awarded to the St Fagans National Museum of History in Cardiff, and the shortlisted museums included the HMS Caroline in Belfast, the Nottingham Contemporary in Nottingham, the Pitt Rivers Museum in Oxford, and the V&A Dundee in Scotland. 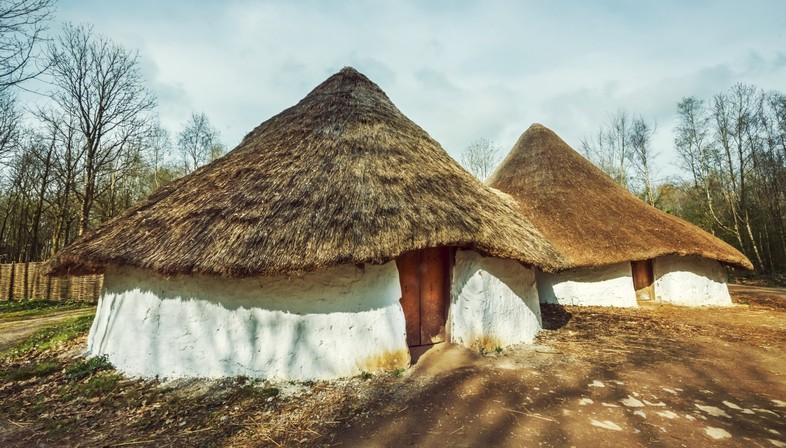 The Art Fund Museum of the Year, the most prestigious museum prize is the world, is awarded yearly to the best museum in the United Kingdom. The prize not only regards the architecture of the museum, building or complex of buildings, but the institution as a whole. In fact, the jury designates the winner based on the imagination and innovation demonstrated and on the results achieved over the course of the last twelve months.
The awards ceremony of the most recent edition, the 2019 Art Fund Museum of the Year, was held on 3rd July at the Science Museum in London, and the grand prize of 100,000 pounds sterling was awarded to the St Fagans National Museum of History in Cardiff. The shortlist of finalists also included the HMS Caroline in Belfast, the Nottingham Contemporary in Nottingham, the Pitt Rivers Museum in Oxford, and the V&A Dundee in Scotland. 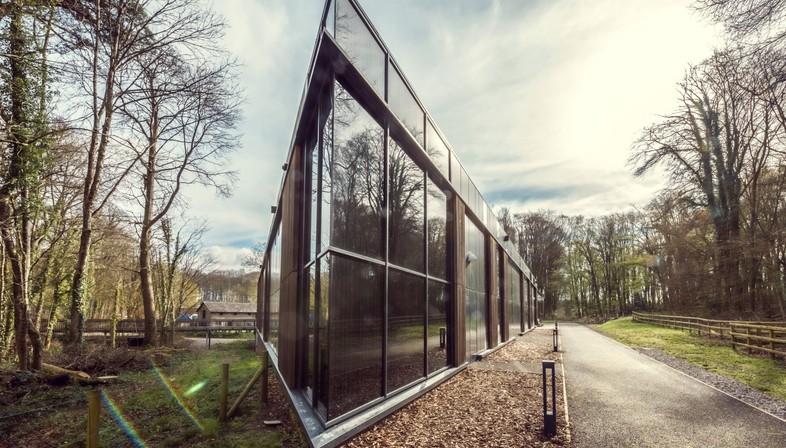 The St Fagans National Museum of History in Cardiff is a particular museum, as it is not just one building but a complex of historical buildings situated in the park of St Fagans Castle and Gardens, a 16th-century castle on the outskirts of Cardiff. Opened to the public in the 1950s, the museum embodies the culture and identity of Wales and is a participatory project in which thousands of people – architects, visitors and volunteers – were and continue to be involved in its implementation. In the park, over 40 original buildings have been reconstructed that are representative of Welsh life in the various historical periods, starting from the Bryn Eryr farmstead, an archaeological site dating back to the time of the Roman conquest which includes circular houses from the Iron Age. Over the last six years, the museum has undergone a restoration and extension project developed by Purcell Architects, with new galleries, learning studios, and spaces for hospitality and retail. The project also involved the reorganization of the itineraries, giving the museum the main entrance that it had not had before. A new building was also created, the Gweithdy, designed by FCBStudios. The building is integrated into the park landscape and comprises new exhibition and workshop spaces for visitors. The story of the life of the past is thus complete. The exhibition galleries house objects of daily life from the various epochs, and visitors can participate in numerous workshops in the Gweithdy, while the museum park hosts demonstrations of agricultural and crafts activities (with blacksmiths, bakers, and clog-makers, for example), and native breeds of livestock can be seen on the working farm. The new structures and the programme implemented by the museum reflect its main aim: to create history “with” rather than “for” the people of Wales. 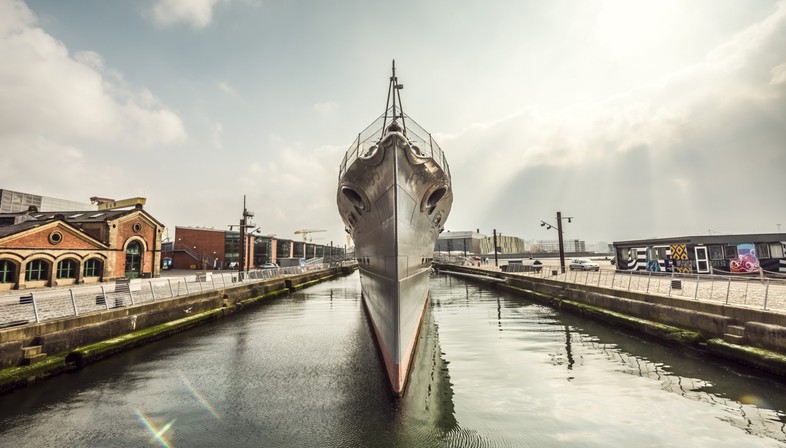 The shortlist of the 2019 edition also included the V&A Dundee museum designed by Japanese architect Kengo Kuma and inspired by the Scottish cliffs, and the HMS Caroline, a British Royal Navy cruiser and the last ship still existing from the Battle of Jutland. Retired from active service in 2011, the warship was restored and is now part of an immersive experience that tells the human side of the conflict through the everyday life and work of the crew. 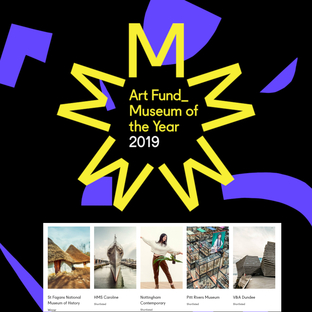 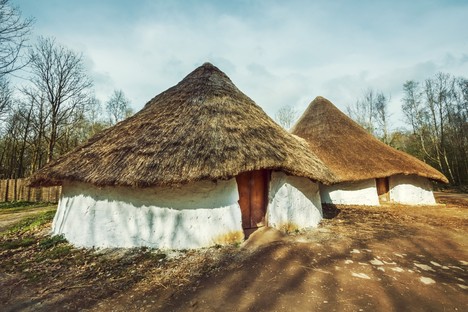 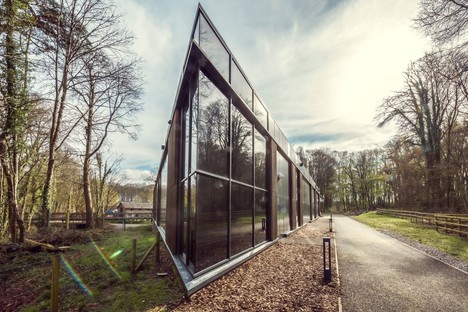 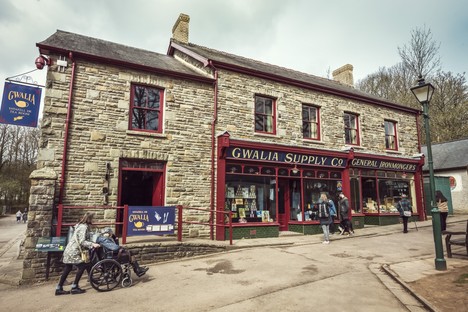 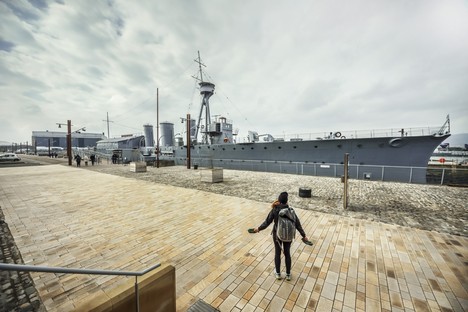 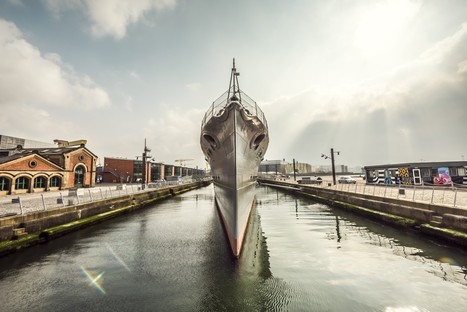 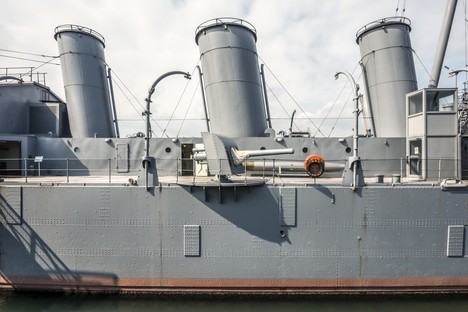 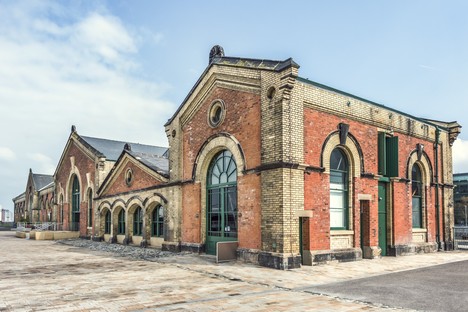 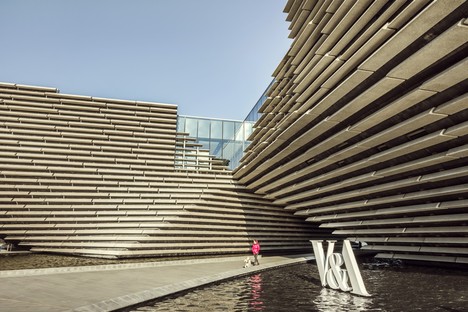 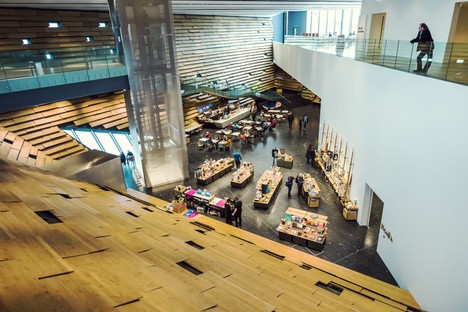 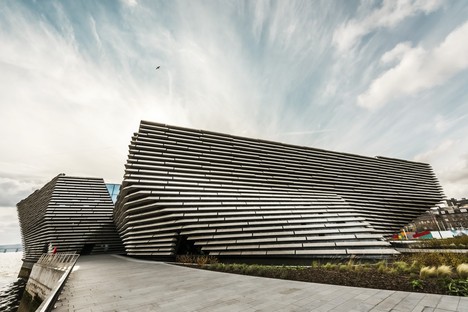 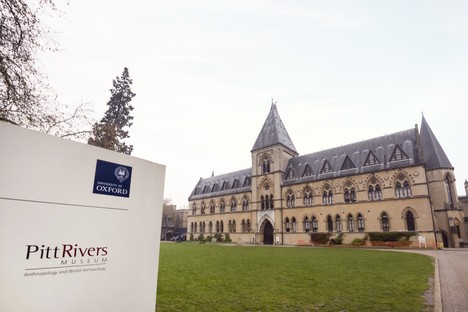 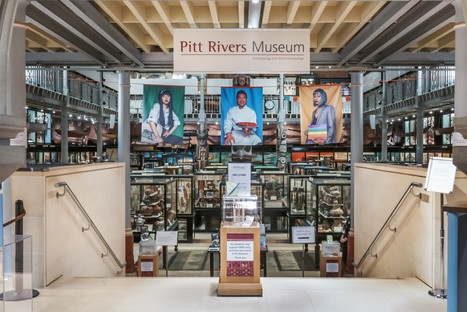 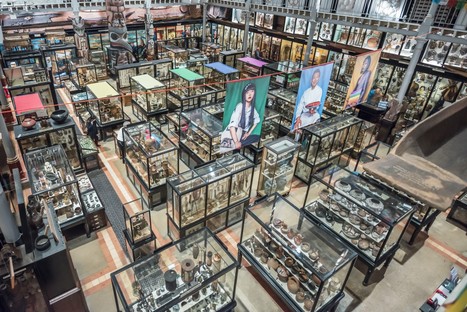 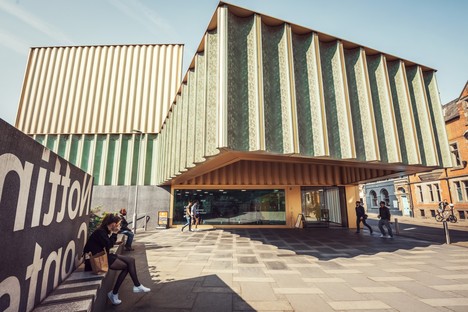 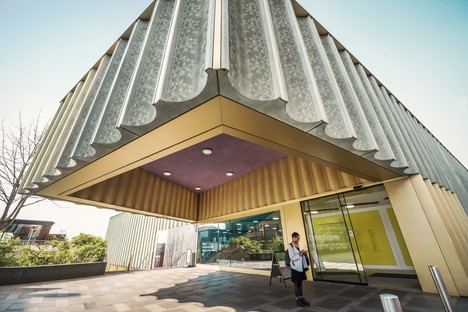 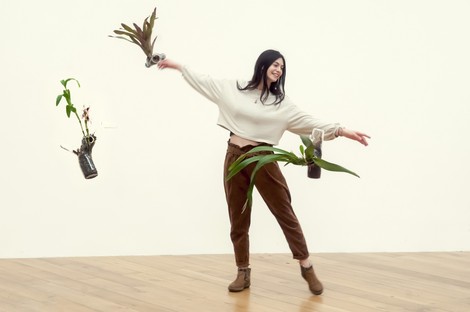 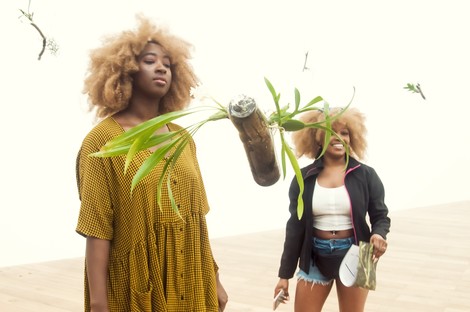