The Royal Institute of British Architects (RIBA) has announced the list of six finalist projects that have been shortlisted for the Stephen Lawrence Prize 2021. The award is dedicated to the memory of a young architecture student who died tragically in 1993 and is open to projects with a budget of less than £1 million. The winner is awarded a scholarship provided by the Marco Goldschmied Foundation. 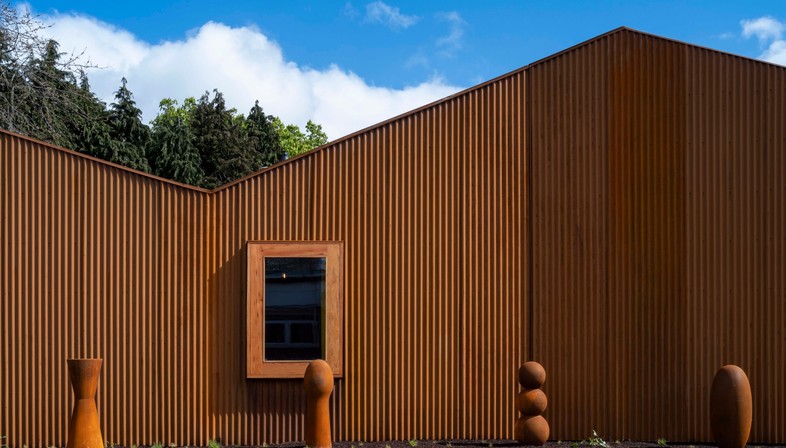 New construction or renovation projects, examples of the skill and inventiveness of architects, such as an abandoned chapel or old water tower that become contemporary homes, a floating church built on an Art Deco boat, and a veranda constructed using traditional Japanese joinery techniques, are some of the finalists for the Stephen Lawrence Prize 2021.
On 14 September, the Royal Institute of British Architects (RIBA) announced the list of six projects competing for the award, which seeks out new architectural talent. The Stephen Lawrence Prize is dedicated to the memory of a young architecture student who was killed in a racist attack in south-east London in 1993. Established in 1998, the award takes place annually, and is now in its 22nd edition, with the exception of 2020, when due to the Covid-19 pandemic the RIBA chose to suspend all ongoing initiatives. The Stephen Lawrence Prize is only open to projects with a budget of less than £1 million, and its aim is to give visibility and prominence to projects developed by young architectural studios, and to seek out new talent in the discipline. The winner is awarded a £5,000 scholarship, provided by the Marco Goldschmied Foundation.

The six finalists are:
Chapel by the Craftworks studio, a contemporary house created by transforming an old abandoned London chapel. The architects reused the original brick structure, retaining the window openings, while the interiors have been completely transformed, including the addition of a mezzanine to create two living levels.

Floating Church designed by Denizen Works, was built for the Diocese of London on an old Art Deco barge. The name is reminiscent of a church, but it is a space that can fulfil various functions in the service of the community, from church to cinema. The roof of the Floating Church has a unique feature: its accordion structure allows it to be closed, making it possible to pass easily under the bridges.

The Maggie’s centre in Cardiff, designed by Dow Jones Architects, echoing the shapes of buildings typical of the local mountain landscape, is a passive building that offers comfort and well-being to its users.

The Water Tower designed by Tonkin Liu, was, as its name suggests, a historic water tower. The structure had been lying derelict in the fields of Norfolk and was restored and converted into a sustainable family home for photographer Dennis Pedersen. It has thus become an example of how, through architecture, an existing structure with no value can be given a new and sustainable life.

At Walmer Castle and Gardens Learning Centre, Adam Richards Architects have transformed a number of buildings protected by English Heritage, the public body that manages and protects the UK's national heritage, into a learning centre with a cafeteria.
The Wooden Roof designed by Tsuruta Architects, is a conservatory-greenhouse that expands a historic London house while respecting existing building constraints. For this project, the architects made use of digital production techniques and traditional Japanese joinery techniques.

The winner of the Stephen Lawrence Prize will be announced on 14 October at the RIBA Stirling Prize awards ceremony at Coventry Cathedral. 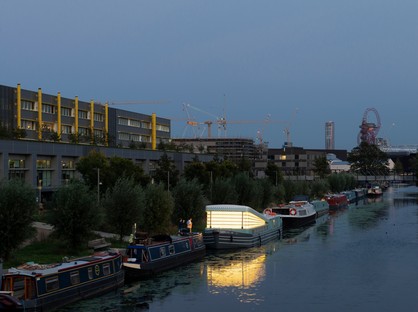 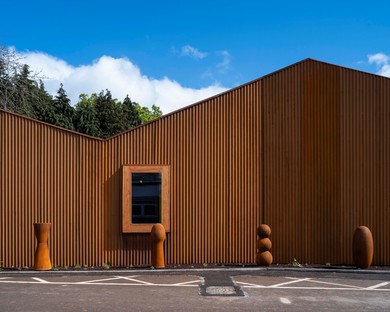 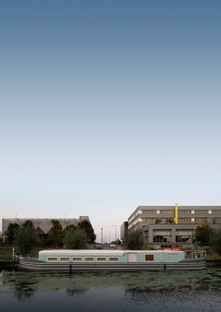 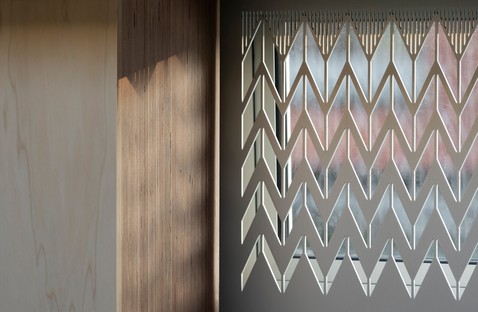 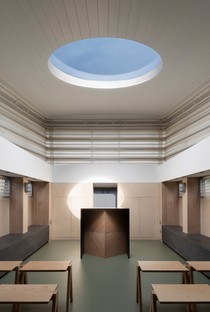 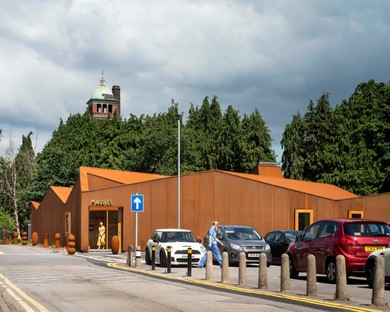 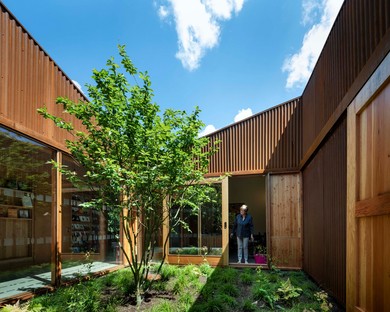 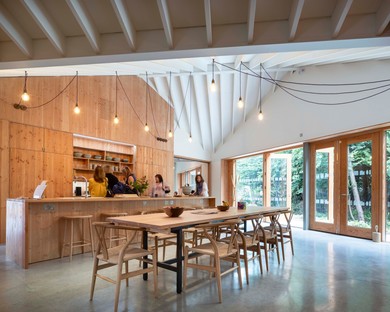 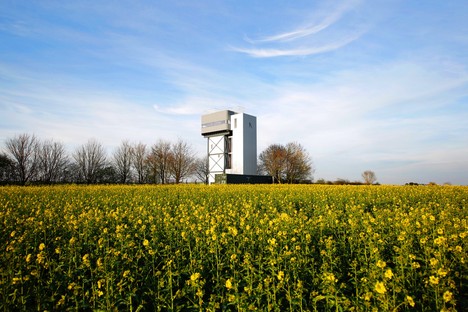 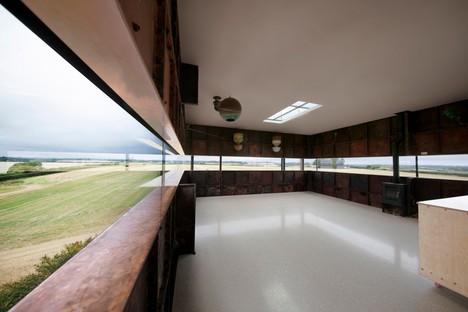 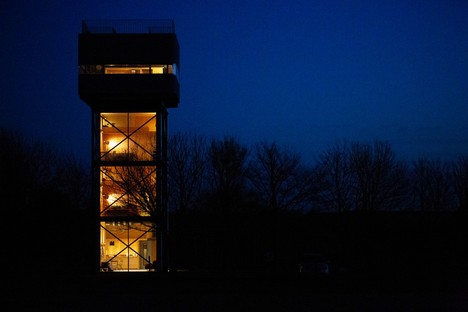 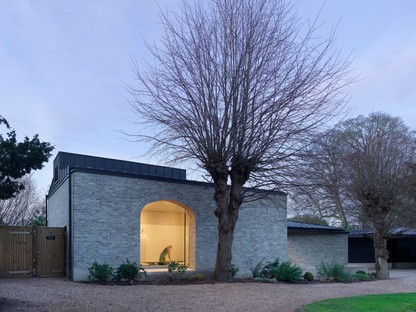 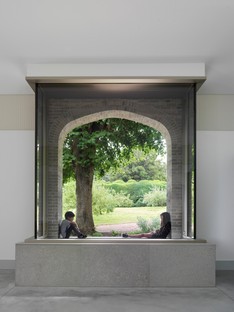 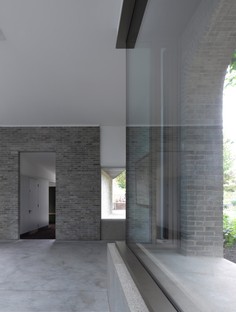 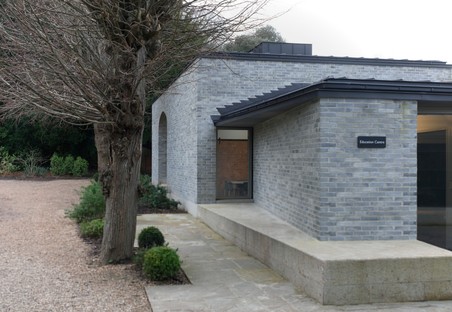 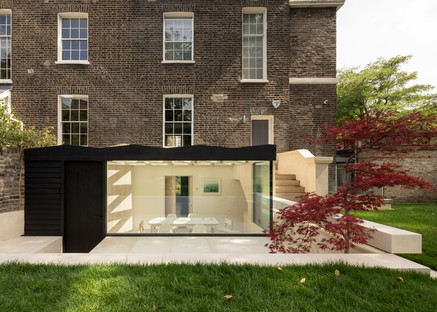 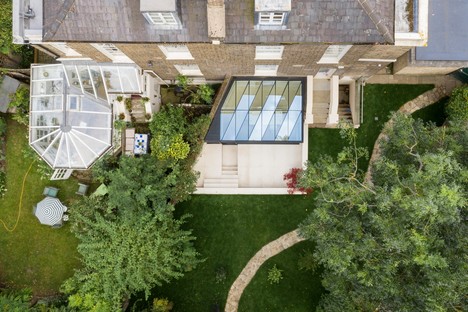 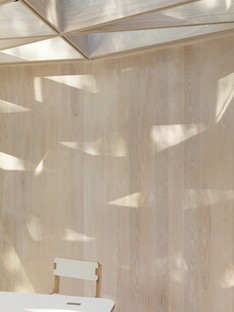 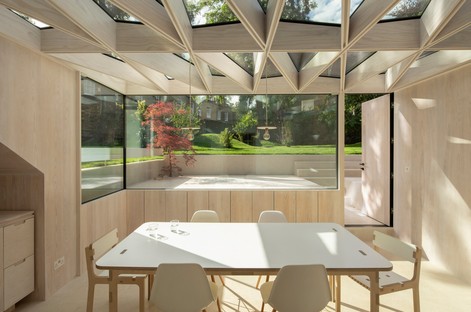