Eleftheria Square in Nicosia, designed by Zaha Hadid Architects, was inaugurated recently: a project of great symbolic value in a divided city. The new square is not just a space uniting the community but the initial step in a proposed urban development plan for reunification of the entire city. 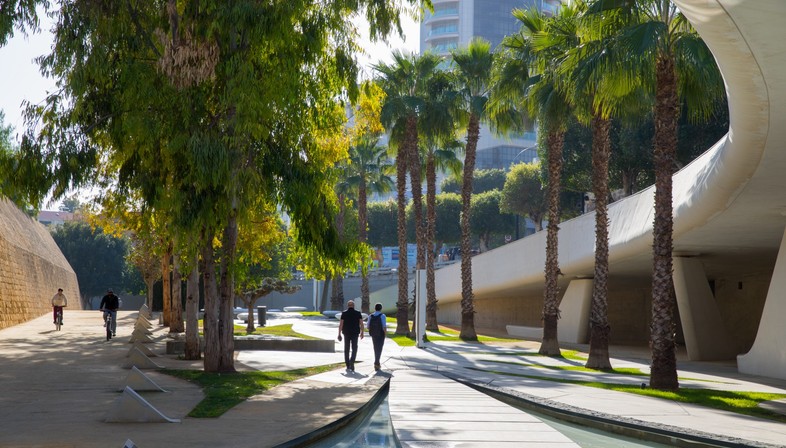 The new Eleftheria Square in Nicosia, on the island of Cyprus, designed by Zaha Hadid Architects, has restored an important space for aggregation to the city. The idea of creating a primary gathering space for the entire city was the basic concept inspiring the project, first proposed in 2005 and now completed. Nicosia is a capital city that is divided in two ways: the massive medieval fortifications, rebuilt by the Venetians in the 16th century, divide the older part of the city from the modern districts constructed outside the walls, while the second division is the "Green Line" established by the UN in 1974, dividing not only the city but the whole island of Cyprus into a southern part with a Greek-Cypriot majority and a northern part with a Turkish-Cypriot majority.

The architects of Zaha Hadid’s studio treated Eleftheira Square as the first element in a wider-ranging urban plan aiming to achieve reunification of the community. The square’s location close to the historic town centre and adjacent to the Venetian walls and the moat that surrounds them appears strategic, making the square the ideal gateway to the old city. The project optimised the view of the Venetian Walls, treating these architectural elements as a part of the city’s identity worth recovering. Archaeological excavations were performed, and the ancient walls were restored and made safe, adding an upper bridge made of concrete. The new structure picks up on the topography of the moat and establishes a direct connection between it and the city’s urban fabric and streets, creating a new public square in the heart of the city.
The moat, which has been dry for some time, has been opened for public use, forming a big “green belt” surrounding the city. The plan of the ancient fortifications, with their irregular shapes, was the starting point for definition of the moat’s new fluid geometry, establishing points of intensity in the new city park for uses such as seating, flowerbeds and water features. In this way parts of the moat that were previously inaccessible have been converted into new gardens and attractions for citizens and visitors. New palm-lined promenades have been added, and the structures supporting the upper bridge also become features of the city park: the architects designed their sculptural forms to morph into seating and skateboarding areas. 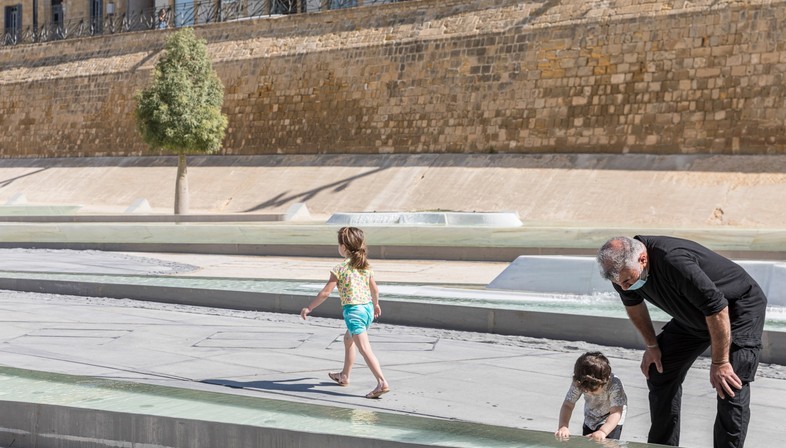 Two cafes have been added to the square, as well as a new underground parking lot with an access ramp on Omirou Avenue and stairs and elevators connecting directly with the bus terminal in Solomos Square. The project promotes pedestrianisation of the entire area, freeing the old city of vehicle traffic and improving the urban environment in the historic city centre. 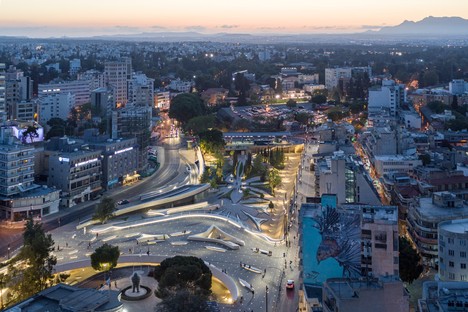 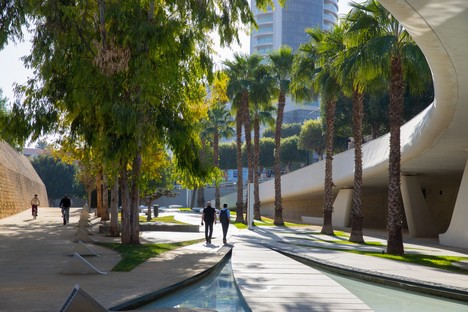 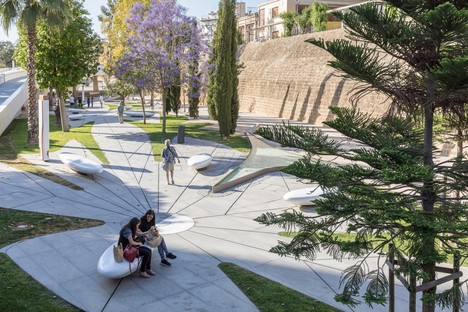 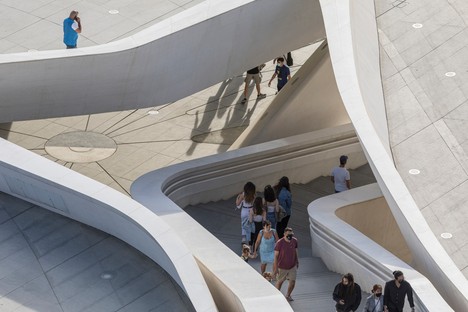 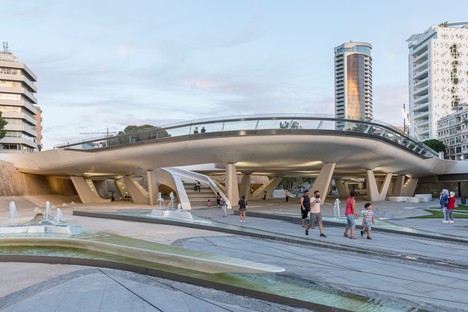 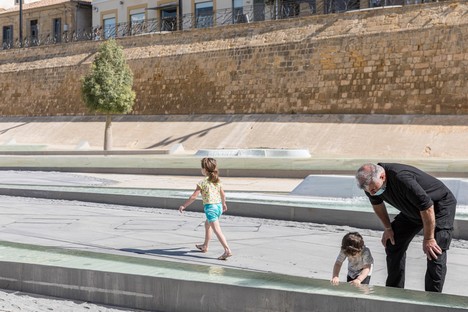 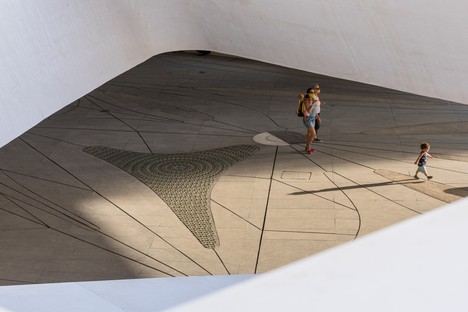 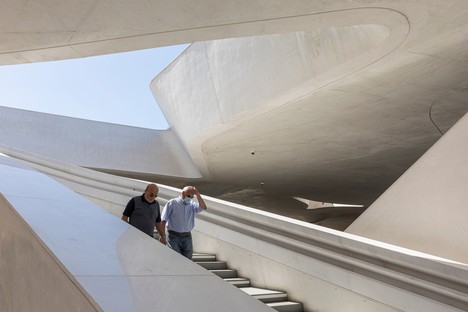 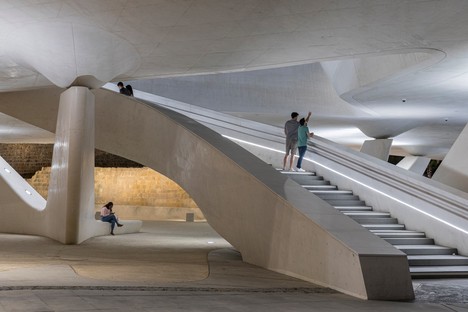 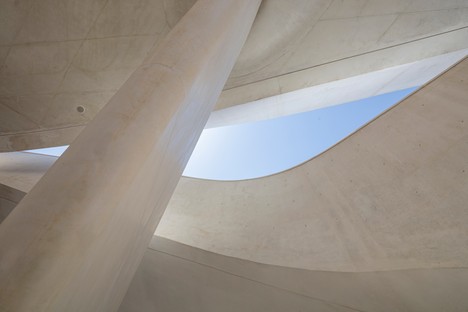 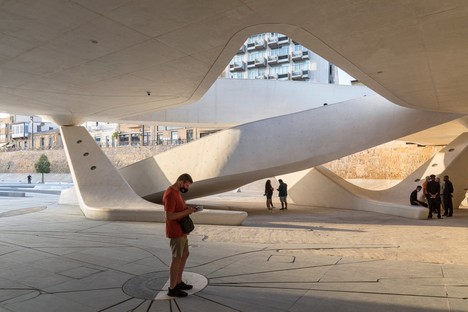 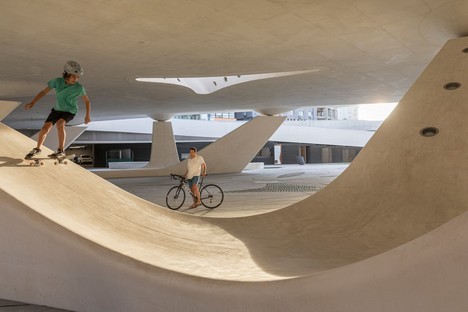 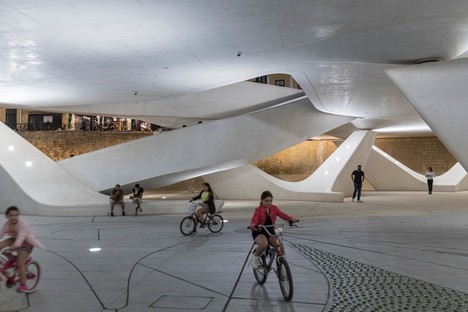 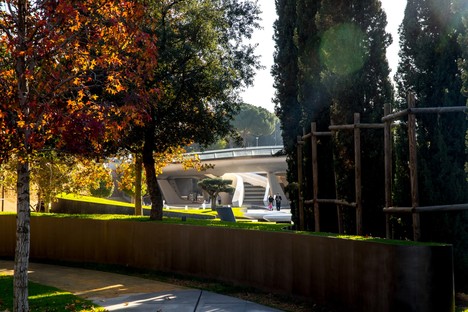 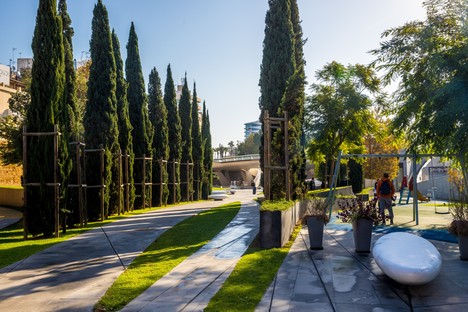 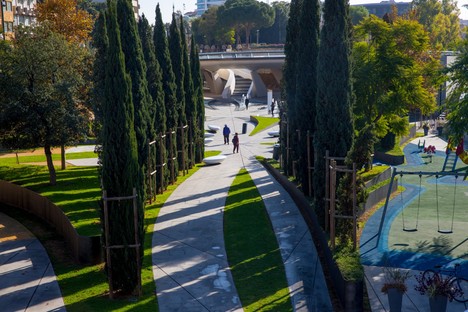 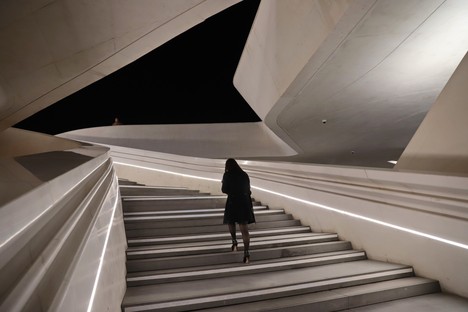 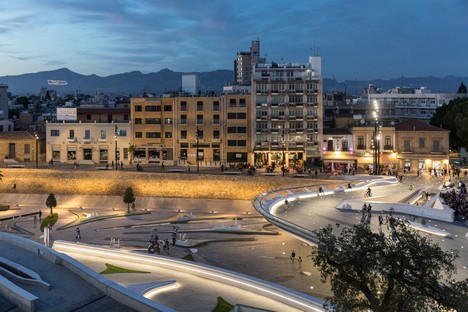 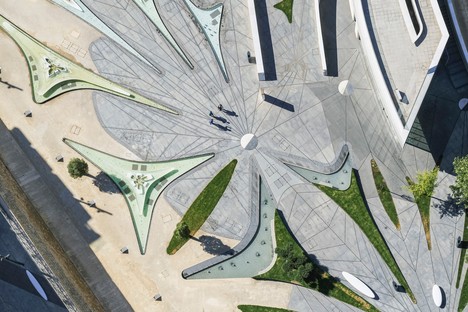 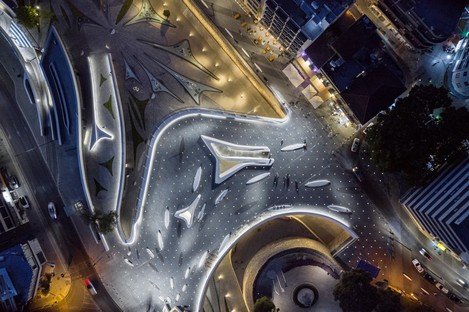 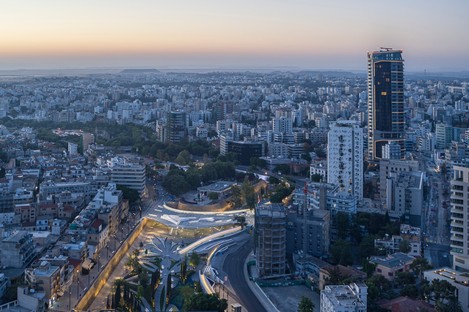