The Leeza Soho skyscraper designed by Zaha Hadid Architects is under construction in Beijing. When the building is completed it will have 46 floors, a total of 207 metres high, and it will be the skyscraper with the tallest foyer in the world. 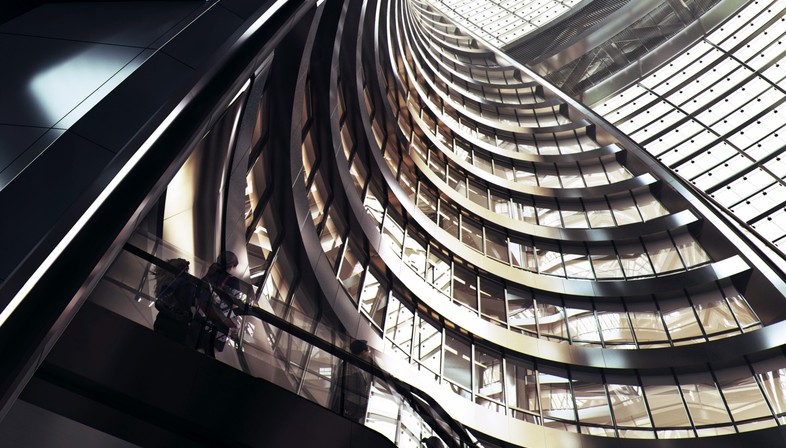 The Leeza Soho skyscraper designed by Zaha Hadid Architects is under construction in Beijing’s Lize Financial Business District. The building will be 207 metres tall, with 46 floors destined for a variety of different uses, and will be the skyscraper with the world’s highest foyer, 190 metres tall. This unusual feature, a foyer almost as tall as the building itself, is due to the features of the site on which the construction stands: the area is divided in two diagonally by the new metro tunnel, and below it is the new exchange between lines 14 and 16 of the Beijing metro. 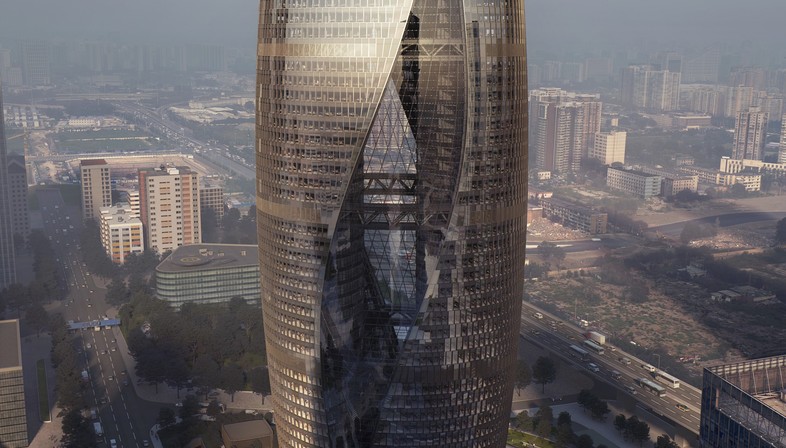 The skyscraper will look like a single volume, but its construction will actually be divided into two halves built on either side of the tunnel, connected by the central foyer. In its vertical development, the Leeza Soho undergoes a slight twist, returning to the east-west alignment of the Lize Road, an important traffic artery in Beijing, on the top floors. The twist is underlined by the public square surrounding the building and receiving visitors and reflected in a different façade solution in the central part of the skyscraper. The big clear windows ensure that all the building’s floors have panoramic views of the city and that daylight penetrates right to the centre of the building. 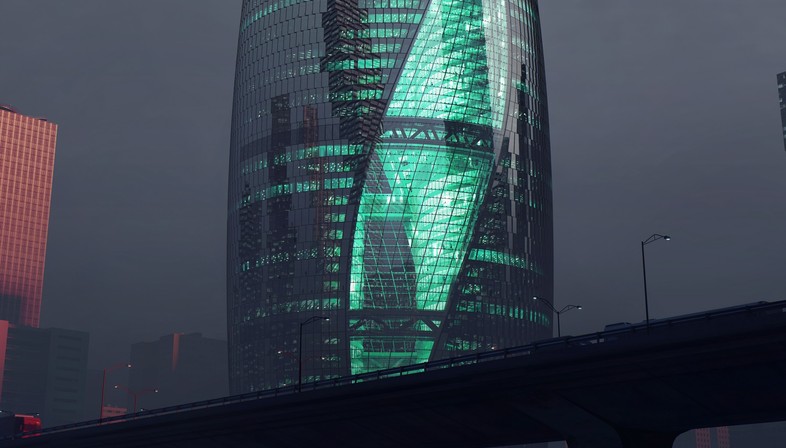 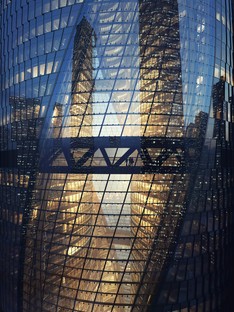 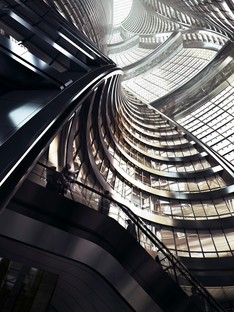 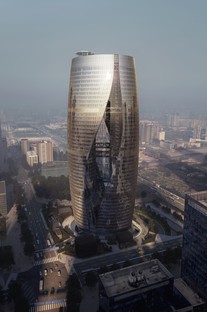