The winners of Next Landmark 2018

The architects from Urbánika and Roland Baldi were presented with their prizes in the amphitheatre of FICo, the “world’s biggest agri-food park”, for the seventh edition of the Next Landmark contest, promoted by the Iris Ceramica Group’s architecture and design portal Floornature.com. 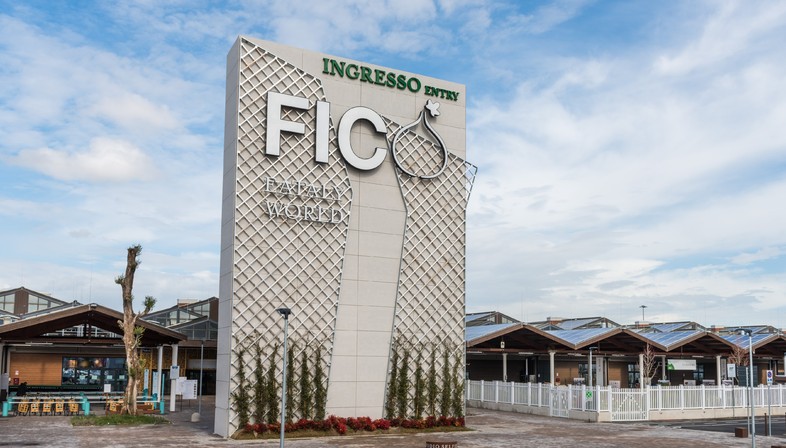 September 27 saw the awards ceremony of the Next Landmark contest, held by architecture and design portal Floornature.com, published by the Iris Ceramica Group, in partnership with the Master’s Degree Programme in Creativity and Communication Design (MSTC) at IUSVE University in Venice and Verona, with media partner The Plan magazine and a new partnership with FICo Eataly World.
And it is in the amphitheatre of FICo Eataly World in Bologna, the “ world’s biggest agri-food park”, that the final phase of the seventh Next Landmark contest for young architects and designers took place. 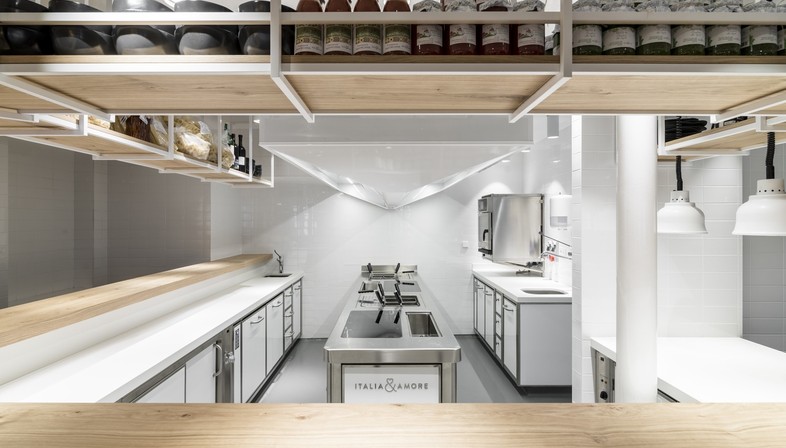 The winners in the two categories of the Next Landmark 2018 contest are:
- architect Roland Baldi of Roland Baldi Architects, for Italia&Amore Ristorante Mercato Enoteca, a restaurant, food market and wine bar, the winning project in the "Hospitality Interior Design" category, linked with the specific theme of the seventh Next Landmark contest.
- architects Federico Campos and Oscar Chávez of Urbànika, for La Champa, in the Landmark of the year 2018 category, reserved exclusively for entrants who have already participated in a previous edition of the Next Landmark contest. This specific contest section is intended to promote the creation of a community of architects active in architectural debate today. 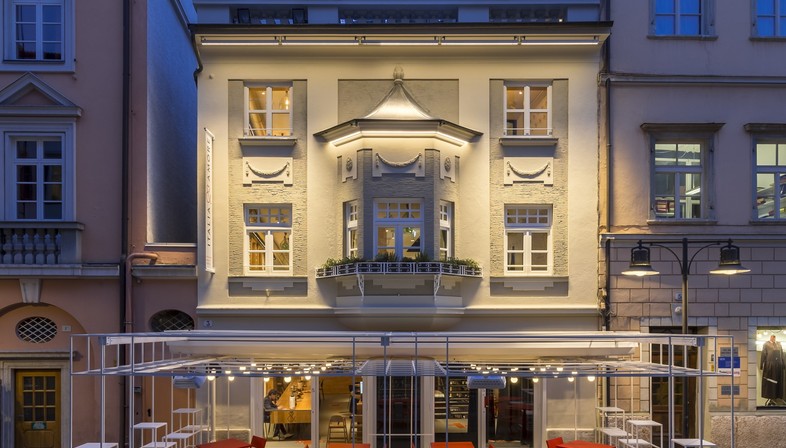 Italia&Amore Ristorante Mercato Enoteca
Roland Baldidesigned the Bolzano flagship store for Italia&amore, an international distributor of top quality Italian food and wine, in a fully restored 18th century building on five levels linked by a monumental staircase that gives the space a sense of unity. In a setting inspired by Peter Greenaway’s cult film "The Cook, the Thief, His Wife & Her Lover", each level has a different atmosphere created using a combination of modern furniture, handcrafted items and objects drawn from Italian culture, offering customers a multisensorial experience in an open, inviting setting. 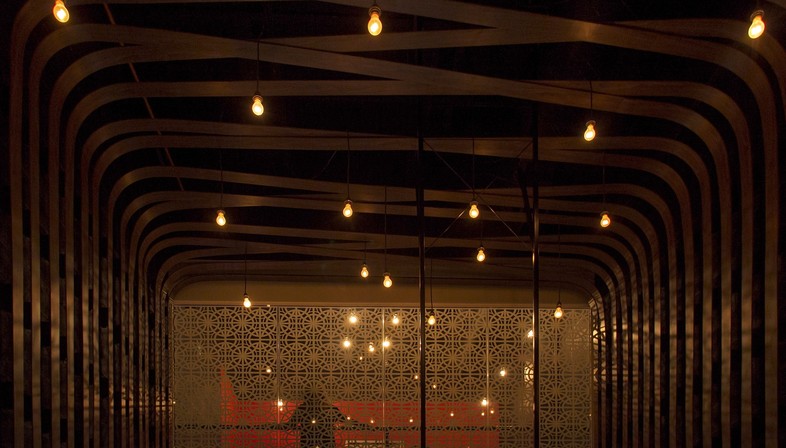 La Champa
This cosy, convivial bar and restaurant was designed by architects Federico Campos and Oscar Chávez of Urbánika in Chihuahua, Mexico. The architects drew their inspiration for the interior design concept from the Spanish culture that inspires the restaurant’s menu and wine list, for La Champa serves Spain’s famous Cava wine, produced in Catalonia, and Chapata, a traditional Spanish bread. The natural wicker baskets traditionally used in Spanish bakeries inspired the architects’ definition and enclosure of the space. Strips of curved wood are woven into architectural “baskets” to create a warm, cosy wrapper, establishing order in the shop and concealing utilities from the eye. 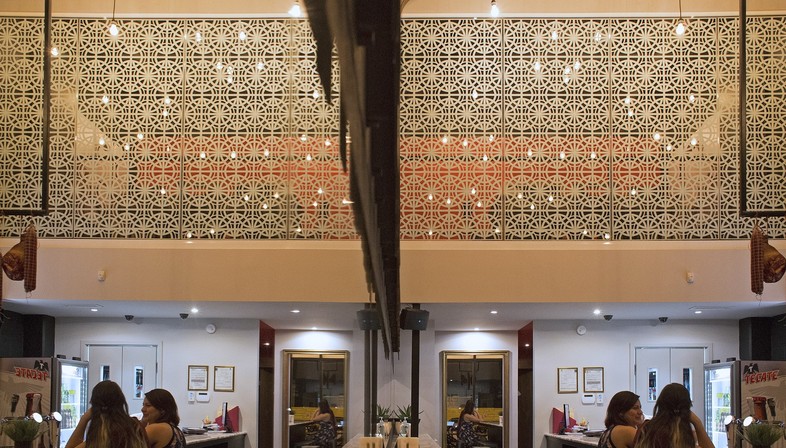 The theme of the next Next Landmark contest was announced at the conclusion of the awards ceremony. Following up on Pollution 2018 – RefleAction, in 2019 Next Landmark becomes Pollution 2019: SOS_ Ten months’ full time experience.
With the aim of working to achieve complete sustainability, the eighth edition of the international contest promoted by Iris Ceramica Group will award a prize to a multidisciplinary project, either built or produced as part of an academic project or independent research work, which offers clear ideas about the environment focusing on respect for people and nature: a project proposing a new way of using public and urban space as opportunities for the economy, the environment and consolidation of the sense of community.

Credits for Next Landmark 2018 winning projects 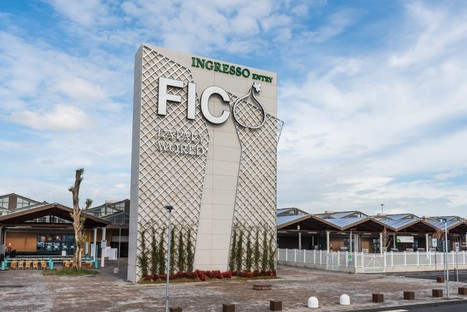 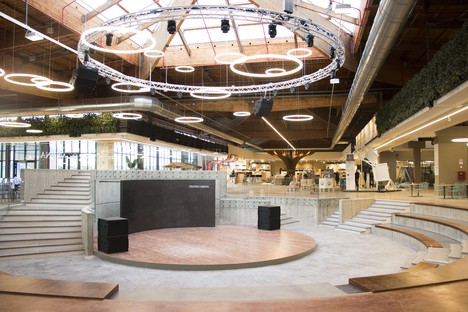 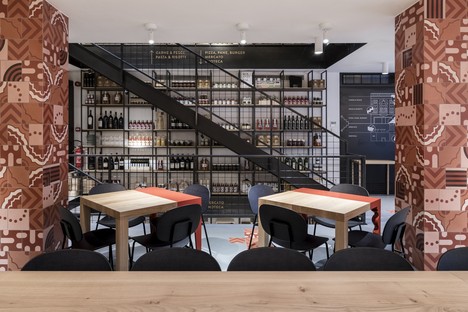 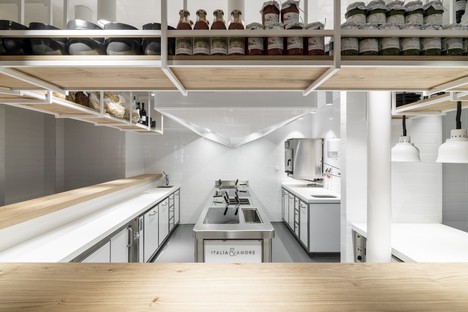 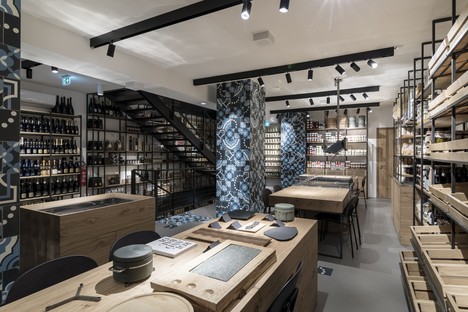 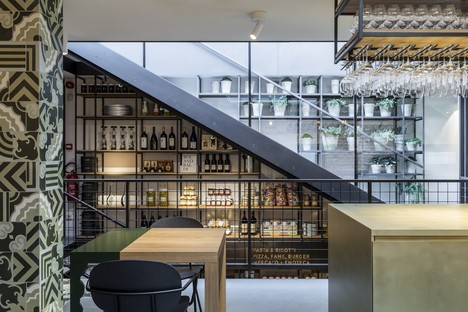 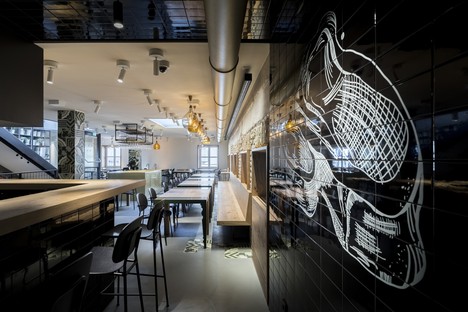 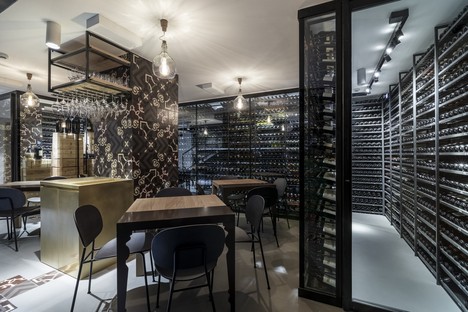 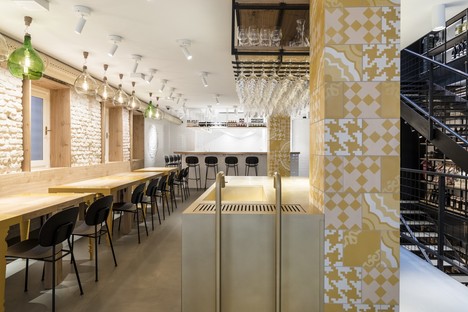 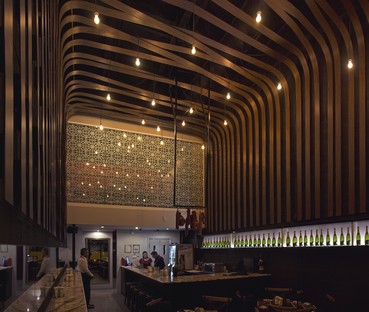 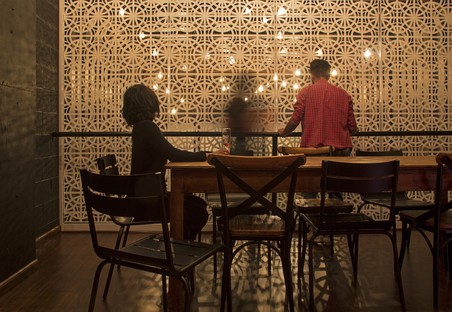 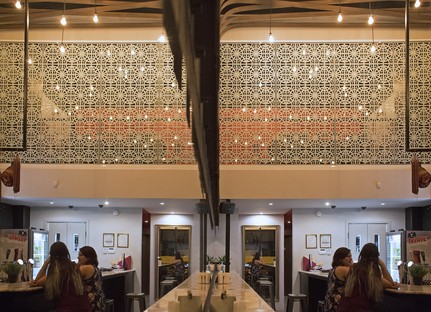 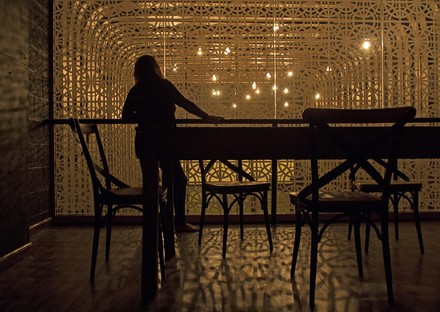 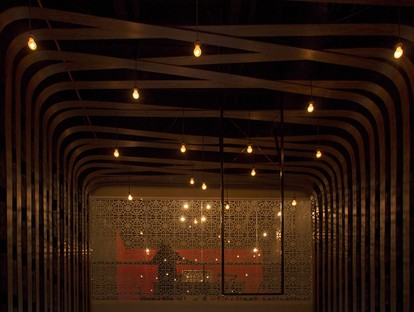 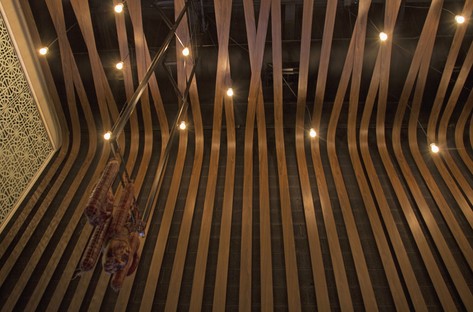