LT house is an example of Vietnamese studio Tropical Space’s affordable homes. Tropical Space’s LT house in the Long Thanh district of Dong Nai province, in Vietnam, centres around the dichotomy of public and private space. 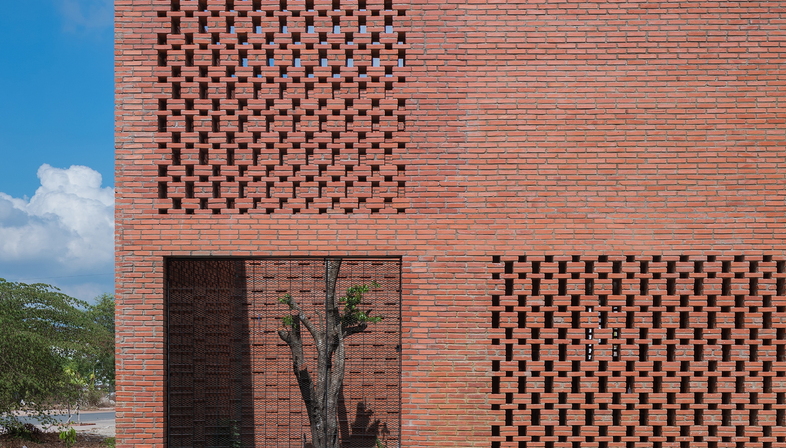 In response to demand for affordable housing for workers in the service sector in Vietnam’s big cities, Tropical Space has been studying the design of new urban homes, a process which led to the creation of LT house. The new class of homeowners wants an inexpensive but comfortable home in line with the needs and lifestyle of the middle class in this rapidly developing country.
According to the World Bank report entitled “Vietnam Affordable Housing - A Way Forward”, published in 2015, Vietnam’s rapid urbanisation and the growth of its service-based economy will lead to population growth and increased demand for new housing in the country’s cities. Despite the growth in its GDP, Vietnam still has a significant shortage of quality housing: almost 20%, meaning 4.8 million households, still live in makeshift housing. Since government policy recently made the middle income housing market competitive for investors again, there has been a resurgence of interest in this type of housing.

LT House is an example of how architecture can create low cost spaces which respond to changes in the roles and lifestyles of today’s families. Built in the Long Thanh District, a new residential area in Dong Nai province, the home was designed for a young married couple who had come to the city from the countryside. Because of the small size of the lot, the architects decided to extend the built area as far as possible and leave only a narrow strip of garden at the front of the house. The brick walls typical of Tropical Space’s architectural vocabulary are, as in their other projects, given a simple, compact geometric shape, a rectangle lightened up and enriched by openwork which lets in natural light and ventilation. There are few small completely open windows, but the two short sides of the house are entirely made of open brickwork, lighting up the interiors while keeping them in the shade. This system makes walls into hybrid, permeable barriers between the outdoors, which is public, and the private space of the home. In the main wall to the west, the brick façade physically isolates the home from the street in front of it, while allowing the people inside to see out. What is normally done with hedges or tall trees is achieved by the building itself in this project, increasing the amount of useable living space.

Most of the space thus obtained is shared and semi-public, on the ground floor, while the upper floor is reserved for the family. A mesh door leads to the garden and a large covered area, dominated by a big table and a bar. The utility areas and bathrooms occupy the eastern block, which also contains the staircase to the upper floor. On the basis of the same layout, the upper floor incorporates an open, shared space to the east, with two bedrooms to the west. Two empty spaces to the north and south cut off and define the limits of the useable space, but the eyes can see further, down to the ground floor.
The owners’ decision to make their own simple wooden furnishings is in line with the spirit of this affordable home. 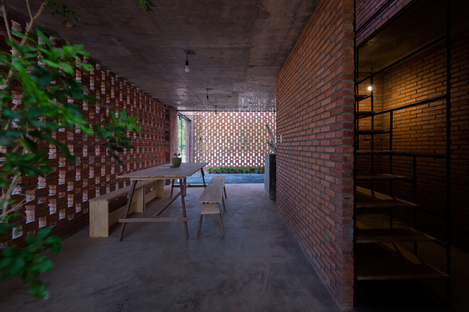 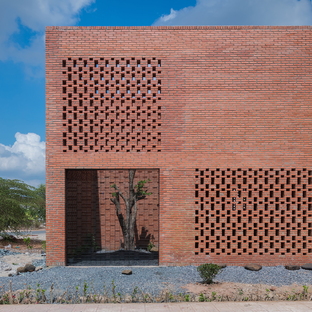 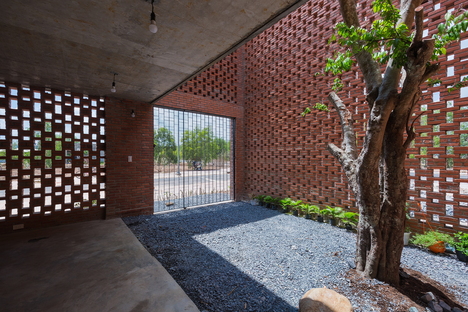 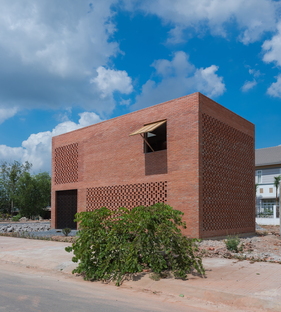 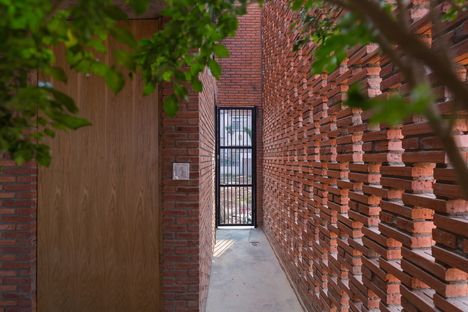 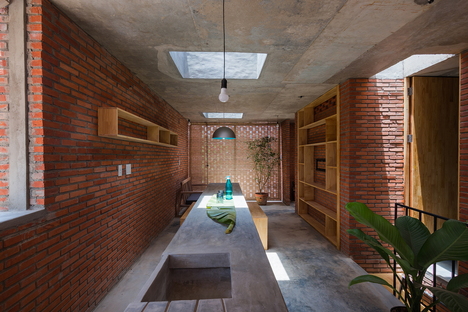 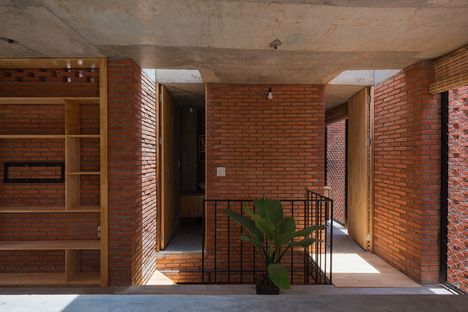 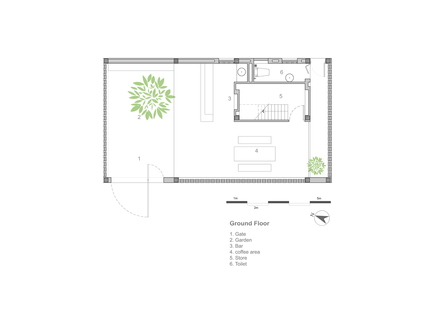 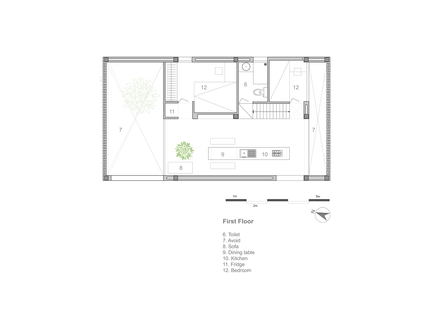 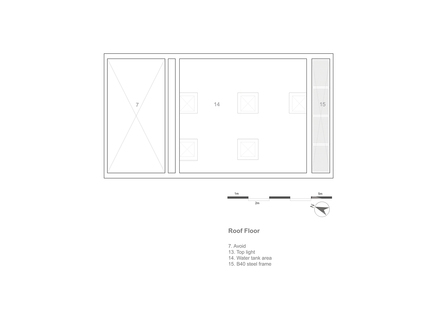 Tropical Space and the Terra Cotta studio and workshop