Shirish Beri designed a home for his family, an oasis of calm for a much-needed pause from today’s hectic fast-paced professional life in the city. The building’s forms appear to be natural extensions of the landscape. The structural material, laterite, helps establish this bond with the earth. The home among the hills overlooking Andur Lake in India is a dialogue between architecture and location, in the language of perspective. 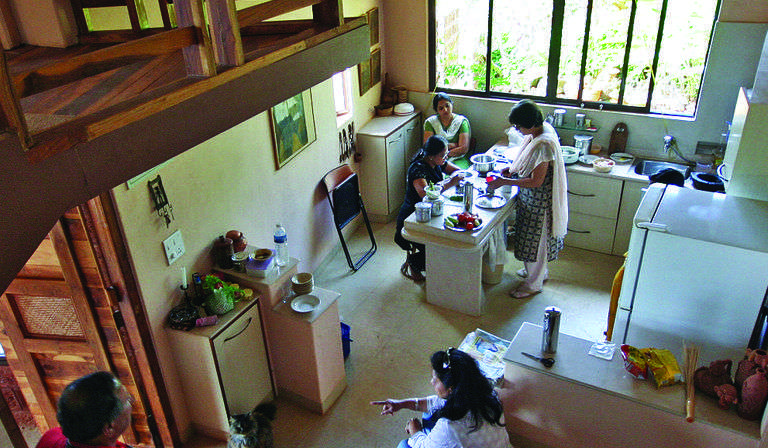 Shirish Beri’s architecture investigates the relationship established between buildings constructed by man and the work of nature, and draws the latest rules of good design from it. He carefully selects his materials to make sure that the building is perceived as a discrete, non-invasive presence on the land.
The Indian architect’s own home in Andur is one of his most successful projects, summing up the poetics and studies of his whole career.

The architect’s choice of laterite for the masonry (blocks of iron-rich sedimentary rock with a characteristic earthy colour) immediately brings to mind the imagery of India, where it is still a common building material. The building’s high, segmented walls give it a mysterious aura of sacredness, both because their arrangement and form recall a sequence of dolmens and because laterite is the material that was used to build the ancient Khmer temples in southeast Asia.

The home stands on a hilly plot of land above Andur Lake, an hour’s drive from Kolhapur, the city where the architect’s studio is located, divided into two by a road. Beri reports that the first problem was deciding whether to build on the area across the road from the lake or on the part of the lot closest to the water. He chose the former, both because of its greater size and because of the views the home would have from the hill.

The lake and the hill became essential landmarks determining the home’s layout. Designed in a semi-circle, the home offers many different views over the lake across from it. The principal internal walls are arranged like the spokes of a wheel, suggesting different points of view, and the segments of wall outside are extensions of them. To the northeast, where it rests on the slope, the layout of the home creates an empty space filled in by the soil, with luxuriant vegetation coming right into the rooms through the big windows. The master bathroom is completely open to the niche of vegetation at the back: care of the body is seen as a return to nature, without any barriers or filters. All the spaces in the home are designed on the basis of the same principle of integration and communication between spaces and between indoors and outdoors. The high-ceiling kitchen and dining room on the ground floor communicate with the upper level. An open staircase rises from the kitchen to the start of a bridge leading to the study, passing right over the dining room below.

The search to establish harmony with the earth guides the architect towards basic, fundamental criteria of sustainability. Ventilation is improved by the way different rooms are connected and by the creation of currents of air promoted by the presence of vegetation in all the rooms. The orientation of the living room to the southwest is not only intended in view of the direction of the lake, but also makes the most of the hours of light and heat.
If vision is a language, Shirish Beri uses a specific vocabulary: an alternation of full and empty volumes, windows that open wide onto the greenery outside, the advantage of the sloping site, the overhanging patio and the big veranda extending towards the garden, as if to capture it and bring it inside, the orientation designed to maximise sunlight, the use of glass parapets in all the spaces extended towards the garden and the lake with the aim of breaking down visual barriers between inside and outside, and so on. 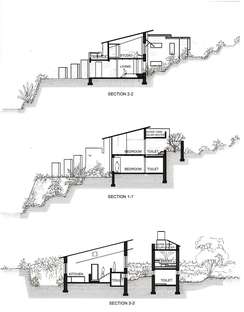 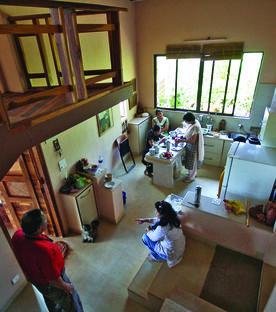 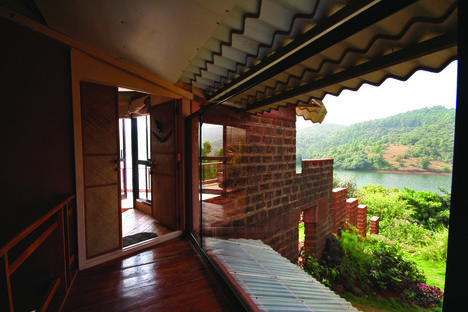 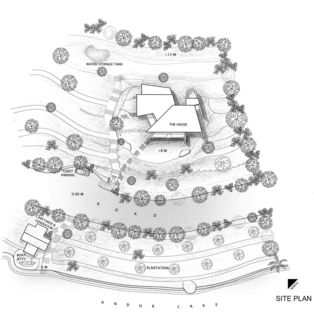 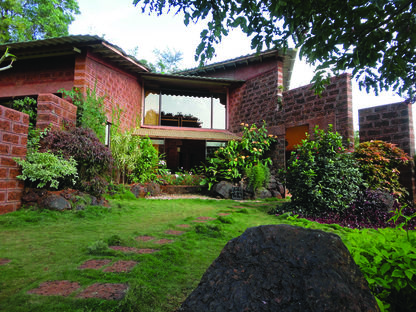 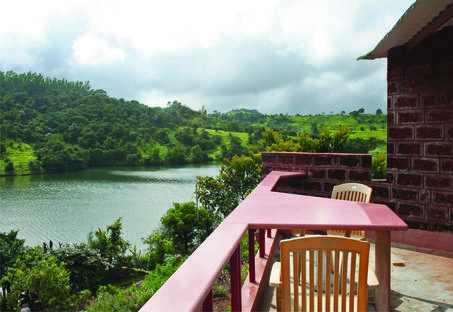 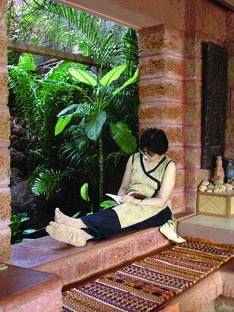 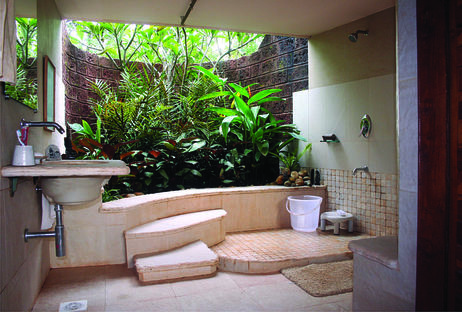 Shirish Beri: Laboratory for the Conservation of Endangered Species