This week, our virtual voyage of discovery of the five finalists for the 2017 EU Mies Award takes us to Rivesaltes, in France, where architect Rudy Ricciotti designed the Memorial Museum. 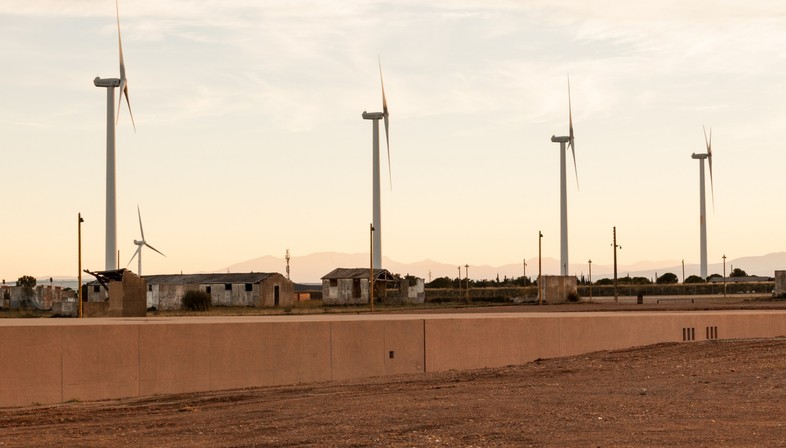 The last few stops on our virtual voyage of discovery of the five finalists for the 2017 EU Mies Award, the European Union award for contemporary architecture, have taken us from the Ely Court project in London by Alison Brooks Architects to Amsterdam to see the deFlat Kleiburg housing development by NL Architects + XVW architectuur and to the medieval town of Ribe in Denmark to visit the Kannikegården by Lundgaard & Tranberg. The fourth article in the series takes us to Rivesaltes, in France, where architect Rudy Ricciotti designed the Memorial Museum. 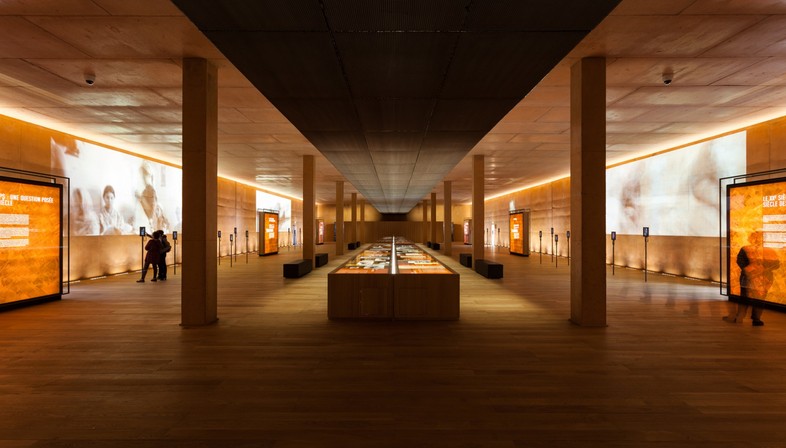 Architect Rudy Ricciotti represents the weight of the memories associated with the site, a former military camp known as Camp Joffre where “undesirables” were sent: from Spanish refugees escaping Franco’s regime to Jews on their way to Auschwitz and the Harkis, French Algerians brought back to France after the Algerian War.
In the former block F, across from the existing buildings, the architect designed an underground museum, an ochre concrete volume which emerges in part above ground level, entered via a long ramp which is also partly underground. It is a compact, regular monolith, a long block containing a number of spaces (halls, offices, laboratories) distributed around three patios, from which the only view of the outside world is of the sky. From the outside, the memorial does not block the view of the site, but its bold, clear mark contrasts with the general sense of abandonment, as the building offers its strong but silent testimony of the human dramas that took place in this “place of undesirables”. 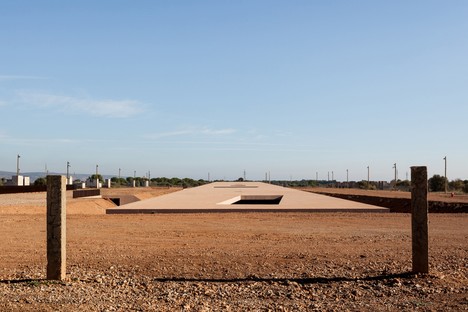 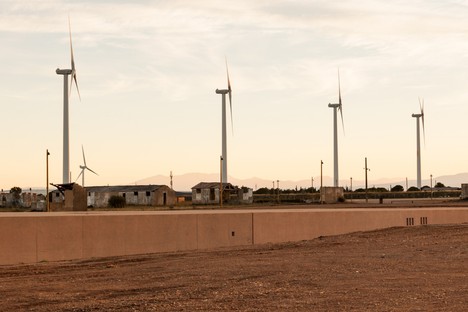 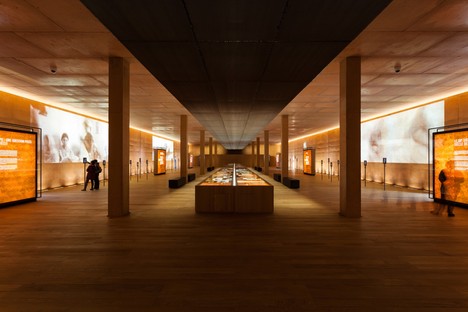 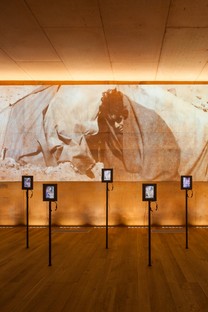 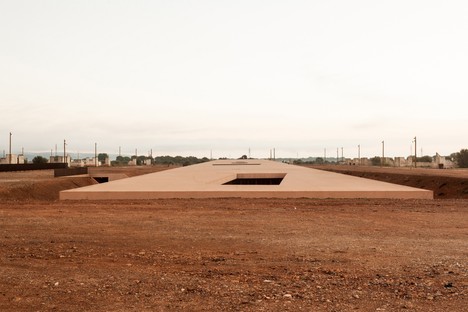 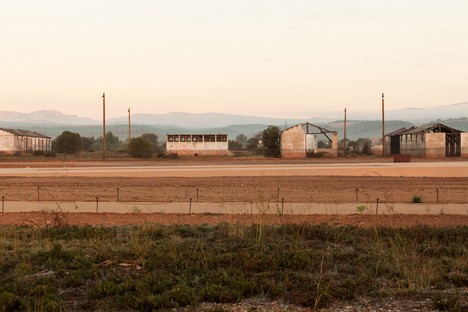 Awaiting the winner of the EU MIES AWARD 2017