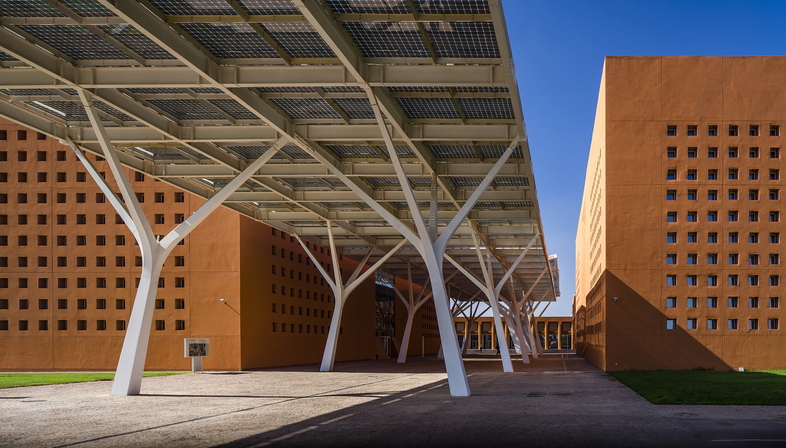 The new Université Mohammed VI Polytechnique campus in Ben Guerir, Morocco, is a project by RBTA, Ricardo Bofill Taller de Arquitectura, developed as part of the masterplan for a new city, Mohammed VI Green City (VVM6). This new urban centre commissioned by the OCP Group, one of the world’s biggest exporters of phosphate fertilisers, was built near Ben Guerir, between Casablanca and Marrakech, where the Group has one of its biggest plants, and the university designed by Ricardo Bofill is its vital heart. The aim is to create jobs in an area with a very high unemployment rate, starting by educating a new generation of scientists and researchers who have a direct professional interest in OCP, with the aim of reducing emigration and encouraging repopulation of the area.
The contest asked entrants to come up with a plan for an area measuring 55 hectares, constructing buildings with a maximum height of 21 metres. Ricardo Bofill translated these spatial margins into a very dense masterplan, oriented around a pedestrian street, Avenue Mohammed VI, a recurrent element in recent plans for university campuses by studio Saad El Kabbaj in three different cities in Morocco. The broken line of this axis creates two large squares, one to the west and another to the east, where the main gateways to the campus are located. The masterplan is a dense web of buildings developed on lines parallel to this axis, predominantly in a pedestrian zone, alternating with green areas intended for specific recreational purposes. The university classrooms and institutes are housed in individual blocks with courtyards along Avenue Mohammed VI.
The masterplan is a square with its four corners facing the points of the compass, in which the northwest and southeast sides are characterised by a strip of housing blocks, independent square buildings constructed around courtyards, in line with the geometry that dominates on the site. Toward the middle of the campus are two large gardens, in which sports facilities have been built on one side and a green area on the other, intended to encourage interaction between students and teachers, which may in the future be used for vegetable gardens and livestock raising.
In terms of formal imagery, Ricardo Bofill drew his inspiration from Morocco’s architectural traditions, visible in all the country’s major cities. From the colour red, inspired by traditional local raw earth constructions and the desert sand, to the rhythm of the windows on the walls, interpreted on the basis of Bofill’s architectural idiom to offer shelter against the intense sunlight and promote natural ventilation of the courtyards and interiors; the complex’s environmental performance has earned the project LEED NC certification.
The design of the grid of windows on the internal and external walls of the campus reveals repetition of square and rectangular shapes in the sunshades, windows and big windows and openings in the walls around the perimeter: a postmodern interpretation of a key decorative and screening element of traditional Moroccan architecture. And so the roofs over the squares, lightweight metal structures with photovoltaic panels, are a western addition to the blocks of the complex inspired by the “ksour" (Arabic for “castle”). 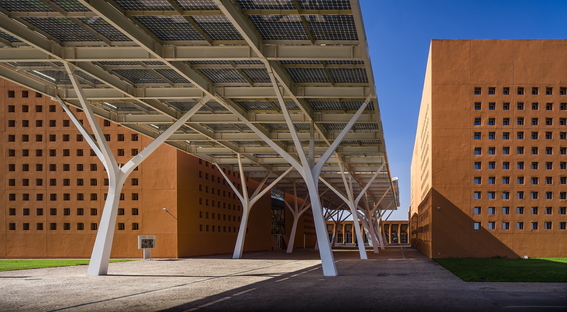 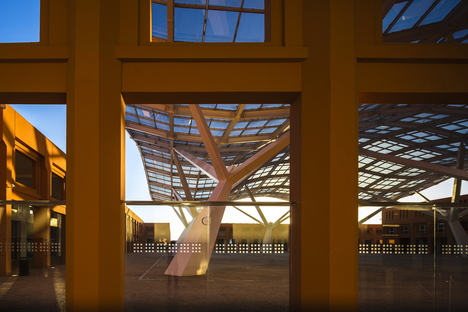 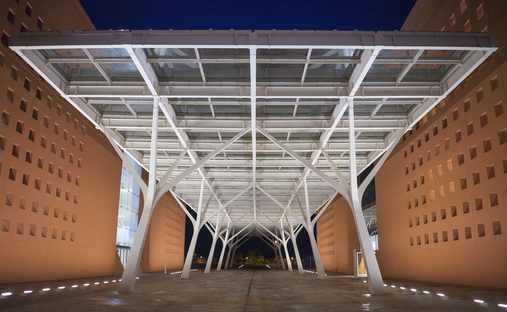 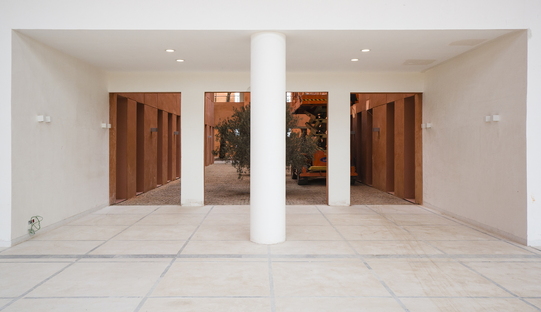 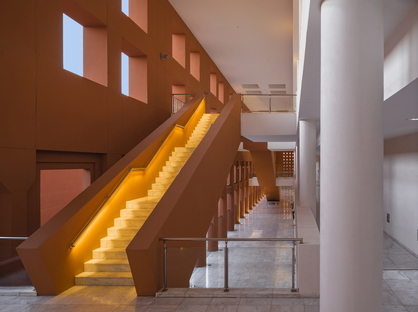 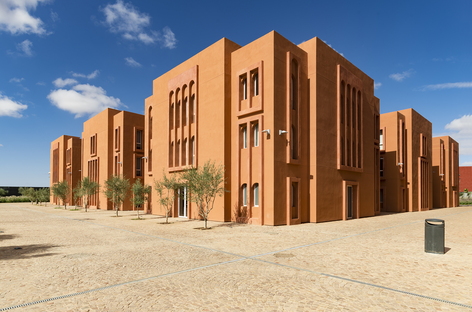 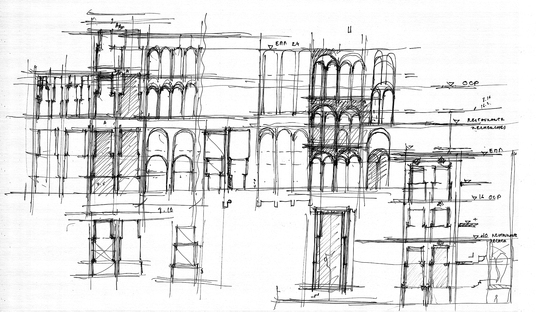 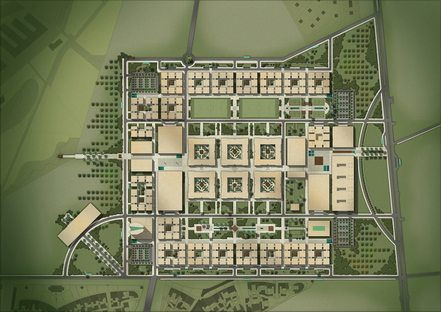