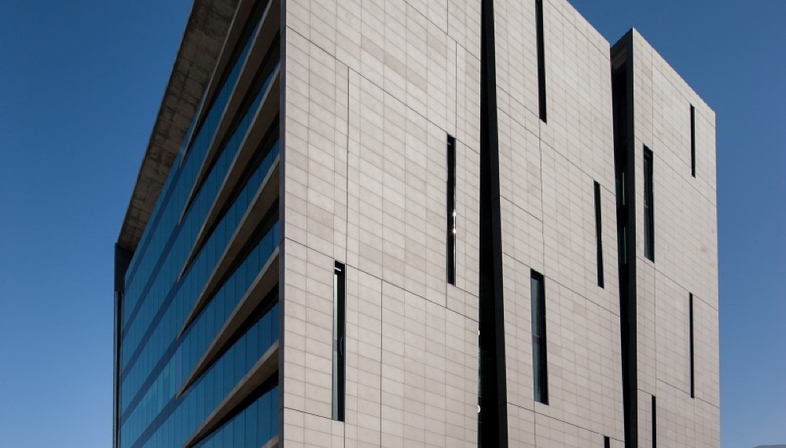 Torre San Pedro, designed by RDLP Arquitectos of Mexico, stands in a highly urbanised area south of the city of Monterrey, where it is a new landmark marking the centre of the district. The distinguishing element of the construction is the ventilated façade on the eastern and western sides, a special product made by Iris FMG in partnership with Versitalia, the brand’s exclusive distributor in Latin America, to plans by RDLP Arquitectos.
According to Rodrigo de la Peña, head of RDLP, the project was inspired primarily by its relationship with its surroundings, with the intention of encouraging revitalisation of the neighbourhood. The architect points out how the city of Monterrey has gradually developed a new form of urban organisation over the past decade which is less dictated by the subdivision into zones that had in the past produced daily traffic from residential districts to office districts every morning and back again in the evening. The new architecture and urban planning of Monterrey provides for construction of mixed-use buildings, bringing services closer to homes to free people from the need to commute to work or drive to faraway shopping centres that had been produced by division of the city into zones.

This is the aim of the Torre San Pedro project, built in the residential district of the same name in order to revitalise and develop the area by bringing commercial services and offices to the neighbourhood. The volume has 10 floors with a total of 10,000 sqm of office space and 500 sqm of commercial space on the ground floor. Making cars invisible was one of the key goals of the project, achieved by providing a limited number of parking spaces above ground, strictly for short-term parking while visiting the shops, with an underground parking lot on three levels. The land at street level has been partially paved and partially landscaped to create a little public plaza around the tower, separating the building from the street, Calle Jimenez, leading to a major traffic artery running along the banks of the Rio Santa Caterina, gently rising up, as if on a podium, to further underline its unity with its surroundings. The architects thus break up the series of residential buildings constructed on the square grid of the blocks in San Pedro, establishing a new visual and practical reference.
From a concrete base designed to look like a big portal, welcoming visitors and introducing them to the commercial spaces and the lobby of the office building, rises a narrower vertical block broken up into three slices, which lean on one another, with glassed-in gaps between them. While the northern and southern walls are Duovent continuous glass walls with high energy efficiency, the eastern and western walls are ventilated façades made of Granito Torre, a special covering material designed by Iris FMG for RDLP Arquitectos. The finish on the covering is inspired by natural rock, connecting the construction with the Reserva Natural Estatal Sierra Las Mitras in the distance to the west and Parque Nacional Cumbres de Monterrey to the south, a choice also dictated by the material’s resistance to wear and low maintenance costs. The monolithic building is broken up to create a dynamic formal solution, in which the gaps in the façade let moderated light get through, with no thermal impact inside the more compact walls.

The interior layout is the product of simple, rational arrangement of functions. All the ground-floor businesses face onto the street, with two accesses to the lobby to the west and to the north and about 400 sqm of office space at the back. Each floor has a circulation block and service area in a central position and a square floor plan broken down into 4 offices measuring about 230 sqm each, so that each of them has one glass wall and one wall sheltered by the ventilated façade, permitting great flexibility for creation of additional workspaces. One of these offices is the headquarters of RDLP Arquitectos. 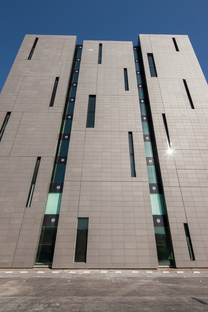 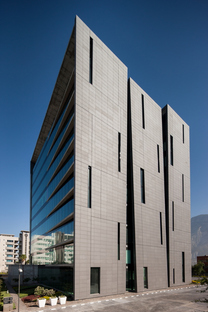 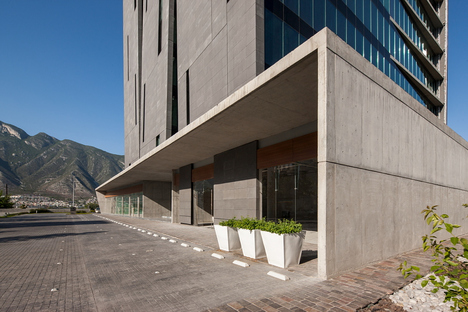 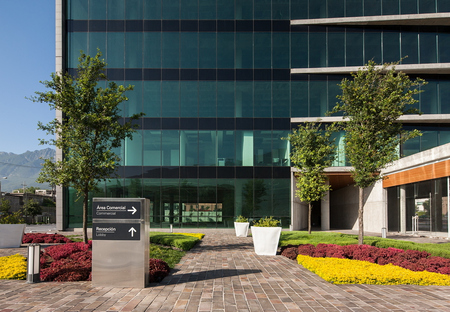 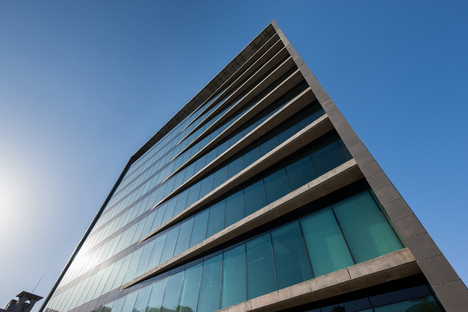 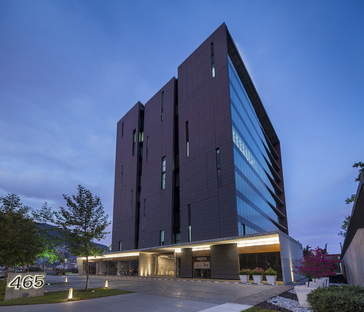 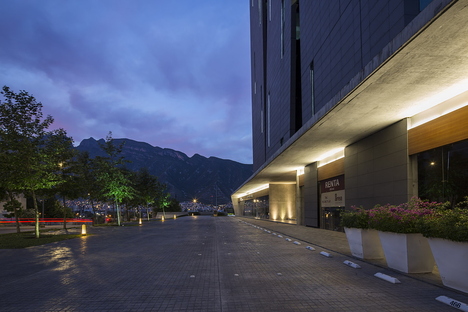 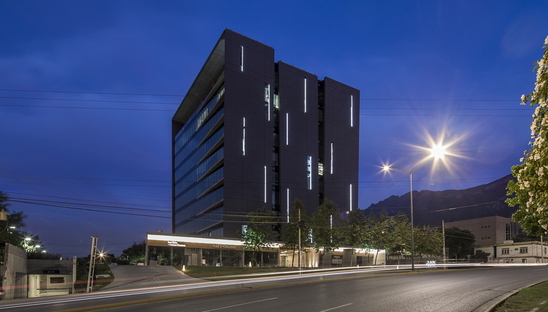 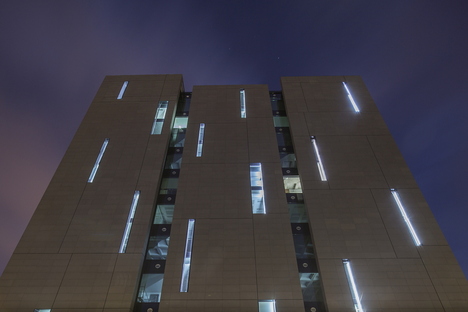 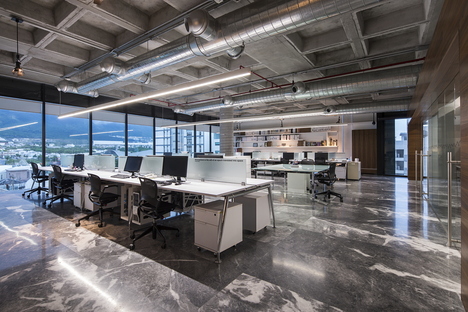