Cui Shu, founder of CUN Design, is a storyteller, and he tells the story of the company’s project for Portuguese light designer SERIP starting with the first on-site inspection, when he went into the building and saw a beam of light separating the space in half; a light bulb went on in his head! 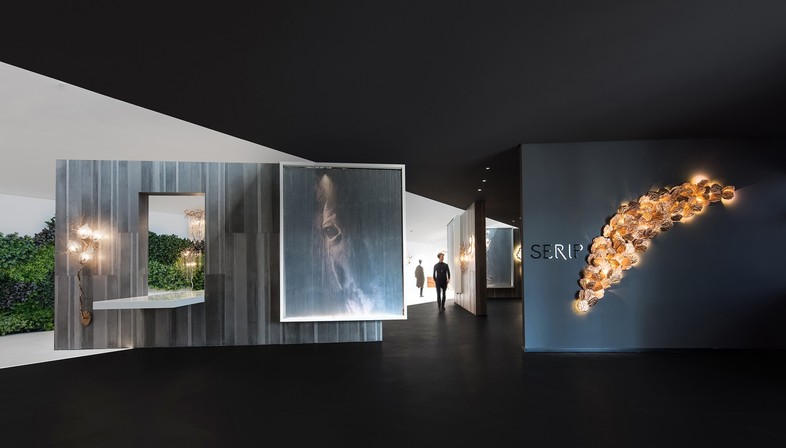 " When we came to the project location in Maquanying Beijing, it was around 3 pm in April". This is how Cui Shu begins telling the story of his project for SERIP, a famous Portuguese light design brand that commissioned the young founder of CUN Design to build its showroom.
The building had no particular identifying qualities on the outside, and blended into the surrounding buildings; "it lacked the conditions for being an independent brand store", says Shu. But when he went in, a beam of light cut through the air, clearly dividing the space into two parts, light and shadow. And so he came up with his idea: separating the space into black and white spaces, like day and night. 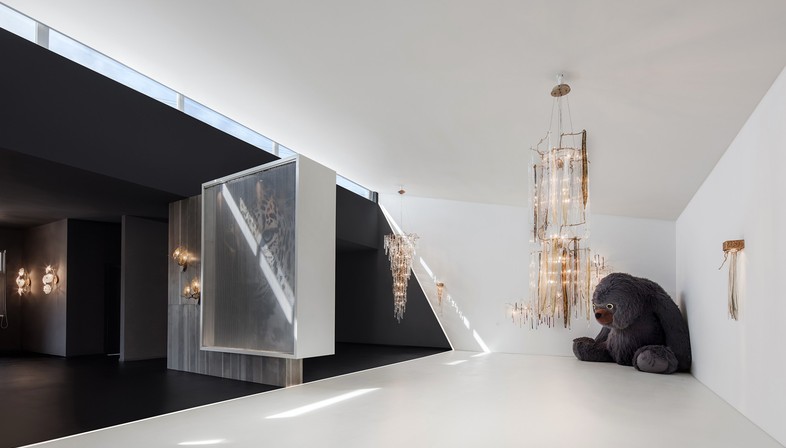 Lights look different in different spaces, and Cui Shu decided to underline the differences using this visual phenomenon. A crystal lamp looks its best against black, allowing us to appreciate all the refractions of light, whereas an unusually shaped floor lamp will look best against a white background, ensuring that it is clearly visible.
After sharply separating the spaces connotated as black or white with neutral dark grey walls, Shu worked on the outside of the showroom. Here he placed a series of slices on the façade to mould the shape of the building, giving it a dynamic look as the sun casts changing shadows over the course of the day. 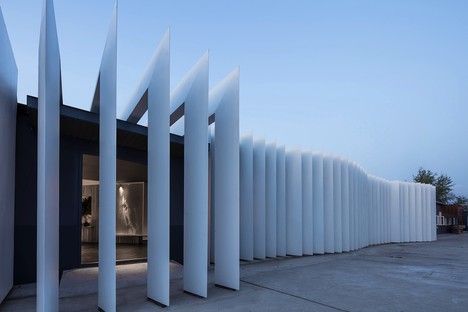 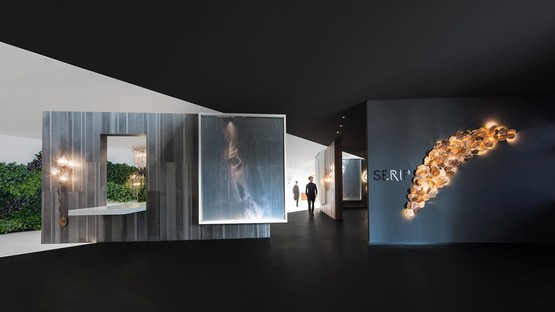 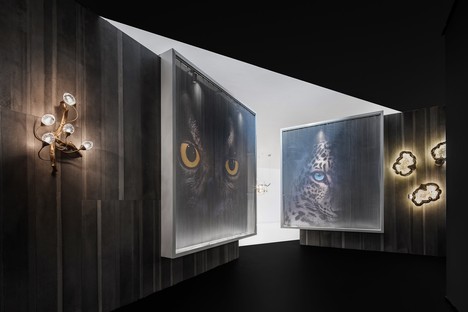 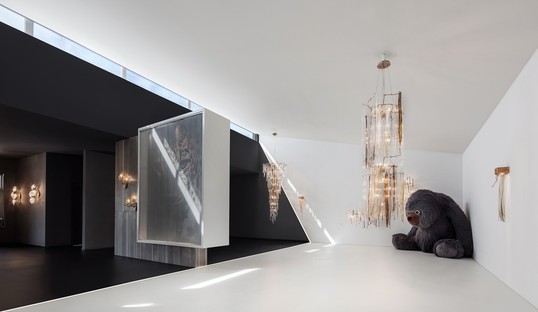 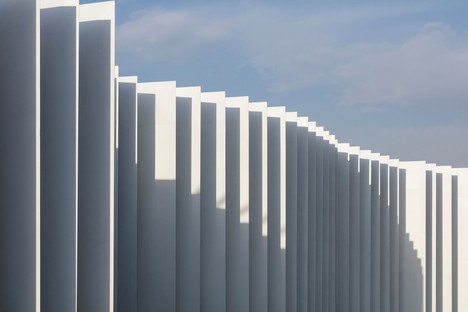 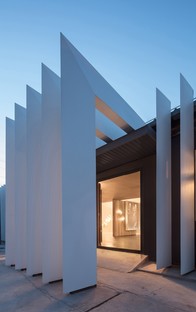 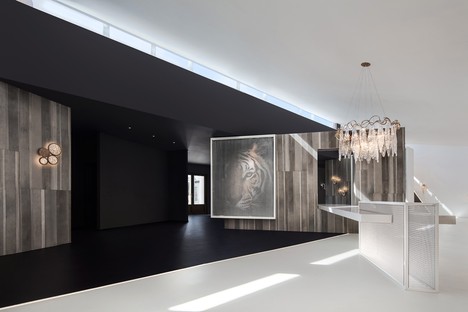 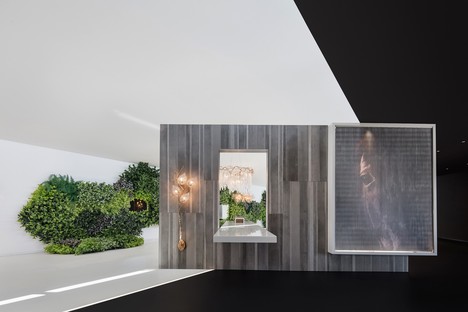 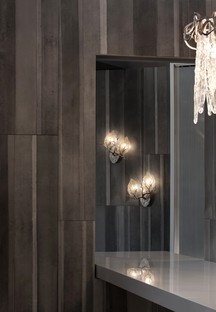 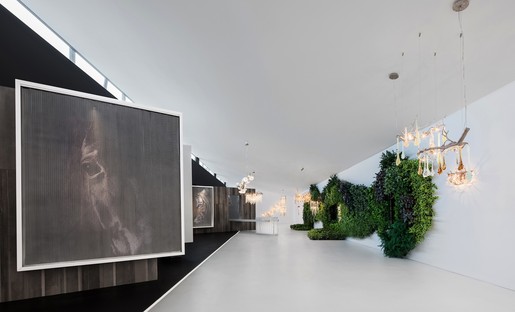