Award-winning Canadian architectural studio FABG has completed Quai 5160, a new cultural centre produced by conversion and expansion of the existing Guy-Gagnon arena in Montreal’s Verdun district. The centre includes a 360-seat theatre, an art gallery, a meeting room and a school of the circus arts, as well as all the necessary management offices. Quai 5160 is an elongated two-storey building clad in glass and white perforated aluminium, with windows over the riverbank and the adjacent park to encourage citizens to make use of these formerly contaminated areas. 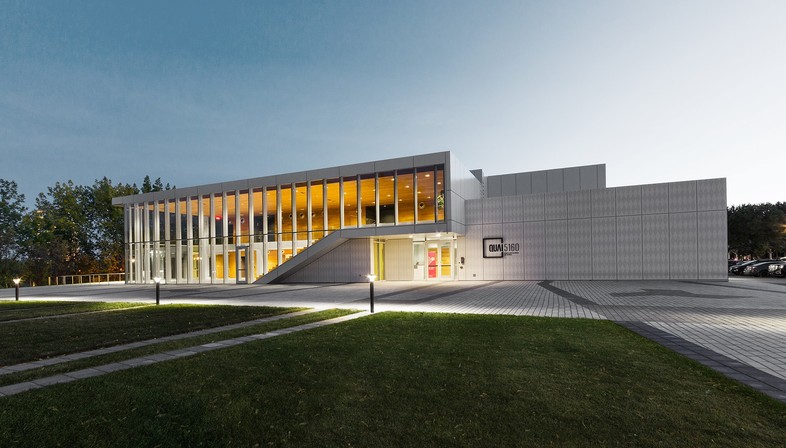 Quai 5160 is the latest new project by Canadian architectural studio FABG, which has been active on the world scene for more than 60 years and is responsible for a number of projects for Montreal institutions. The new public cultural centre serving the Verdun district won a competition held by the local authority for conversion and expansion of the former Guy-Gagnon Arena, on the banks of the St. Lawrence River near Île des Sœurs.

The new Maison de la Culture Quai 5160 includes a 360-seat theatre and arena, an art gallery, a mediation and meeting room and its most unusual feature, a school of the circus arts, in addition to all the offices and utilities required for the operation of the facility. As the architects of FABG say in a press note:"the primary objective we pursued was to open this opaque building on the waterfront promenade and adjacent linear park to foster interaction with citizens, while enhancing the sense of security around it". Quai 5160 is in fact part of a wider-ranging project for development and enhancement of the banks of the St. Lawrence River, a place for swimming and recreation before it was contaminated by industry, building and waste.

Guy-Guignon Arena, over which the new Verdun cultural centre is constructed, was a low extension of brown brick, later covered with plaster. FABG demolished a large part of the building’s outer shell while retaining its structure, with big floor-to-ceiling windows surrounding all the spaces on two floors. Where there are no windows letting in light and the view of the river, the building is clad in perforated aluminium panels. On other parts of the façades the original brick surfaces have been preserved, dyed black, to serve as a support for brass cut plates designed as part of the arts integration programme. FABG’s renovation also adds a large entrance overlooking the park around it, connecting the building with it and encouraging outdoor activities.

On the outside, the aluminium panels, with the openings in them and their high lustre fluoropolymer paint, create an effect of slight visual vibration adding dynamism to the construction. The big windows interact with the full-height entrance, covered entirely in oak plank siding, as if to blur the distinction between inside and outside. As we enter the building, this entrance hall reveals the golden hues of oiled oak planks covering all the surfaces, even the ceiling, giving the space a warm, welcoming look contrasting with the cold white surfaces of the external cladding, of a number of structures inside the building and of the grey stone flooring. The grand staircase in the entrance hall, also covered with oak, can be used for theatrical performances and informal meetings among visitors.

In conclusion, the architects of FABG say: "this conversion project reflects the significant change that has occurred in recent years in public space, cultural practices, and the environment. It reflects the expectations of the public, elected officials, and architects who converge through more participatory design processes including the architecture competition, presentations to citizens, and the move to the Urban Planning Advisory Committee". 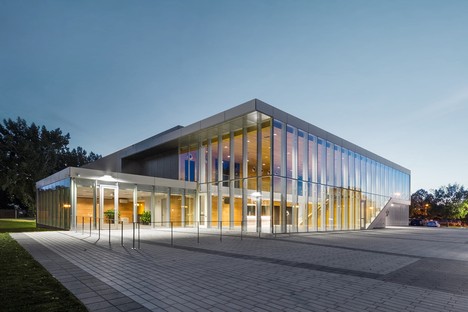 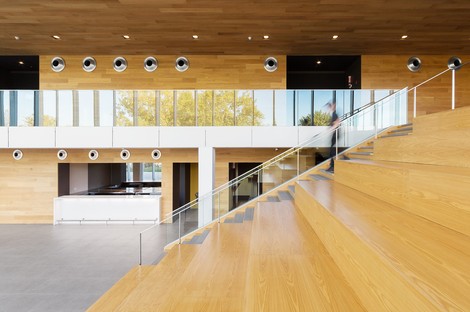 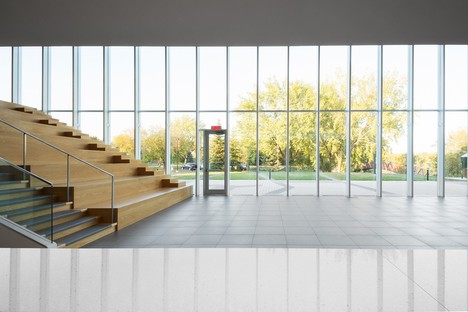 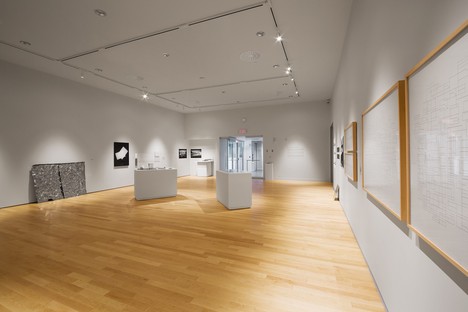 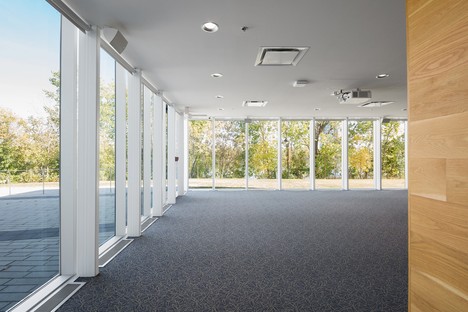 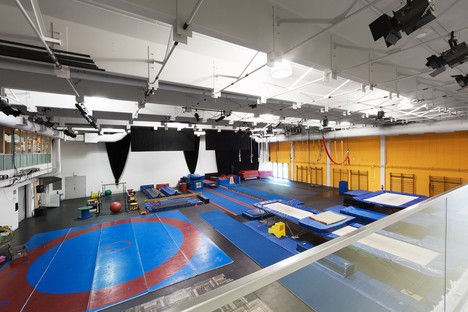 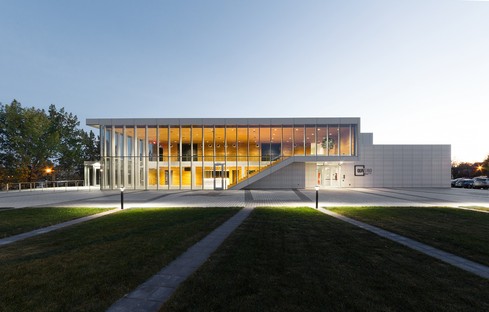 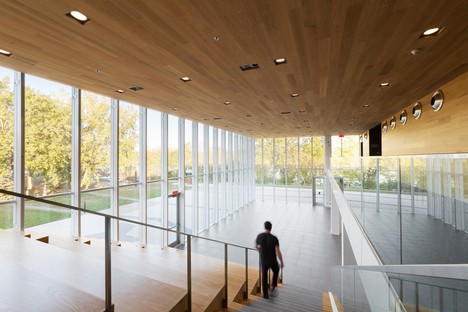 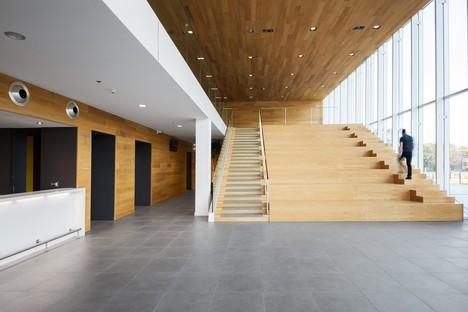 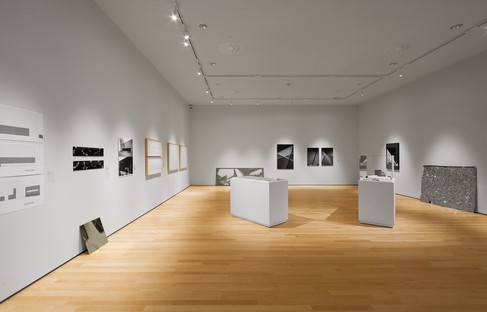 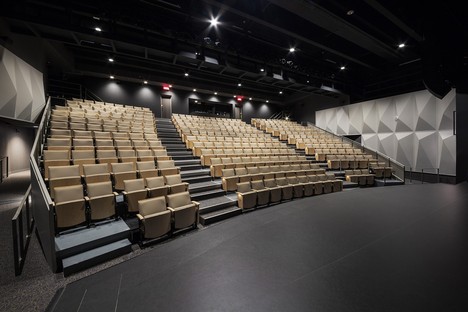 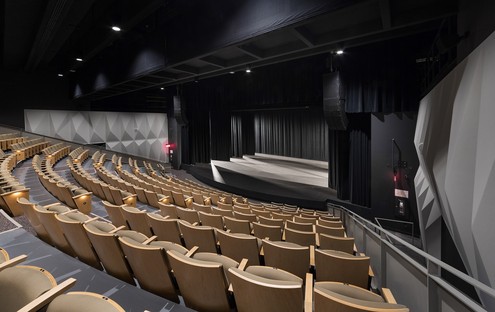 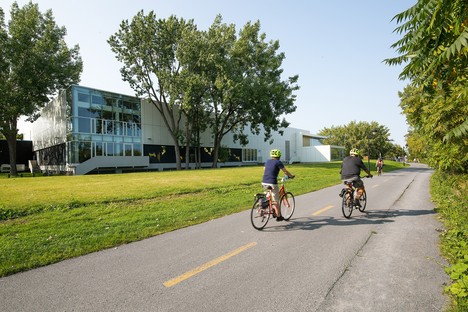 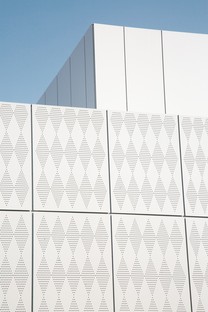 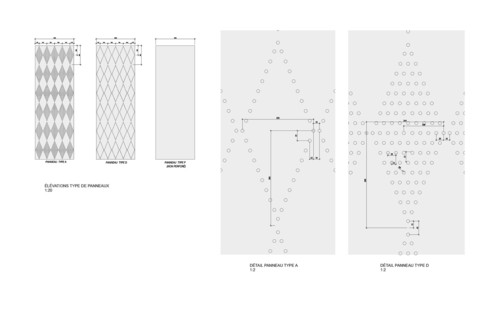 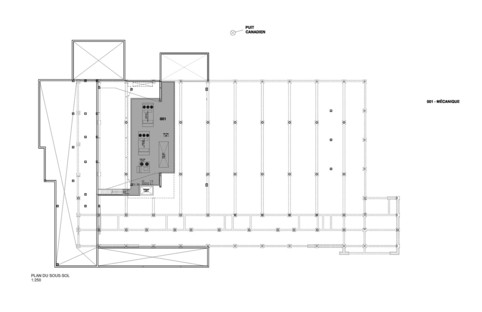 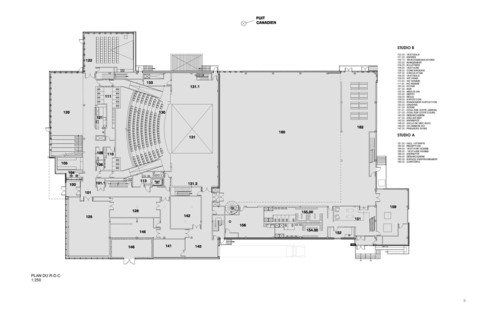 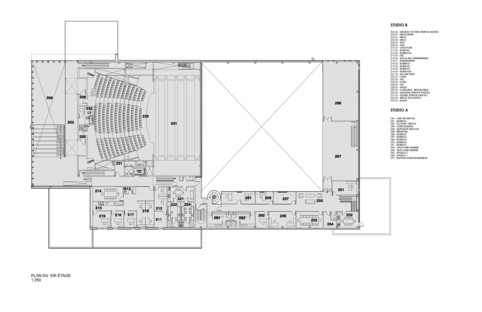