PTE architects: redevelopment of The Granary

An accurate functional restoration and new constructions by Pollard Thomas Edwards architects characterise The Granary, the building at the heart of the masterplan for the Creative Industries Quarter in Barking, London. The British architects’ vocabulary gives a new identity to an industrial complex which was shut down some time ago on the River Roding, creating a unique work of contemporary architecture. 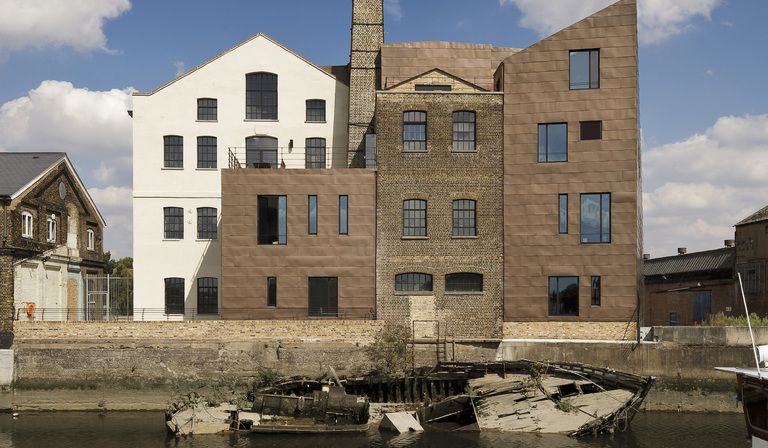 Pollard Thomas Edwards architects of Britain has finished a refurbishment project for The Granary, an example of late 19th century industrial architecture in an area currently undergoing transformation in Barking (London). The project included restoration of the original brick complex and construction of a new building next to it, establishing a relationship with the old structure through its form and materials.
The Victorian grain storage facility stands on the east bank of the River Roding in the Abbey Road Riverside Conservation Area in Barking & Dagenham, close to the site of the 2012 Olympic Games.
This is the principal reason why the client, Rooff Ltd., decided to move its headquarters into this historic and logistically strategic location. In the masterplan for redevelopment of the whole area, urban planner Schmidt Hammer Lassen was appointed to plan use of The Granary former industrial zone for construction of a new Creative Industries Quarter with its centre of logistics and interest in the former granary.

Abandoned some time ago, the district is about to become a complex of buildings slated for mixed commercial, residential and office use, with its own coffee shop and restaurant, connected to the other bank of the river by a bridge. In 2011 Polland Thomas Edward architects completed block E, containing creative spaces, offices and a restaurant, refurbishing the heart of the area through functional restoration of the old granary in the northern wing, a connecting volume and a newly constructed southern wing.
The latter has been given the same shape and colours as the older volume, interpreted through use of contemporary façades and materials. The façades reflect the rigid geometry of the industrial buildings, from the granary to the warehouses, but evolved into “computer-designed” forms: the granary?s gabled façade is distorted in the new volume, which expands into an oblique shape to reveal the river and identify the place where the bridge will be built linking it with the other shore.
After knocking down a series of non-original buildings added more recently and the lower extension that spoiled the clean gabled facade, an open space was created linking the entrances to the old and new wings: this courtyard now leads to a vertical brick volume which was already there, restored to contain vertical links.
The architects took special care in designing the facades, using materials which are alternated in a visual and tactile series telling the story of the historical development of the various different volumes: the restored textured brick surface, the even surface of fairfaced concrete forming the base of the new volume, the restored plaster on the side facing the river, and the alternation of different hues of brown, ranging from antique brick to the bright bronze of the new buildings.


The design of the bronze-clad façades is completed with tall windows with a multitude of different designs, once again picking up on and updating those in the industrial building. The past and the present participate in a refined discussion of the history of The Granary. 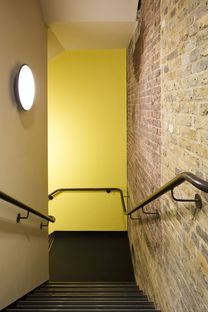 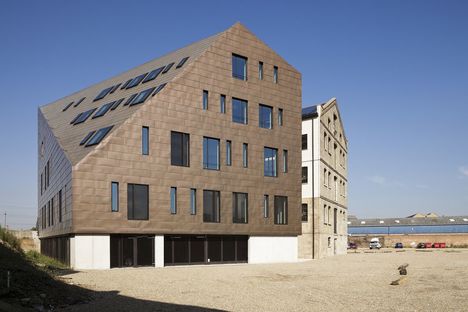 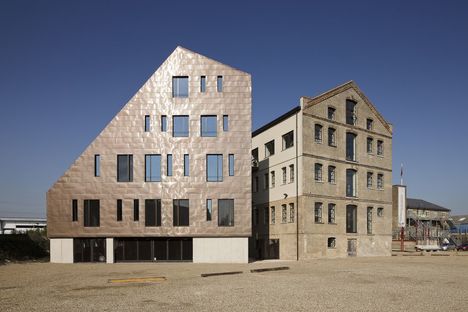 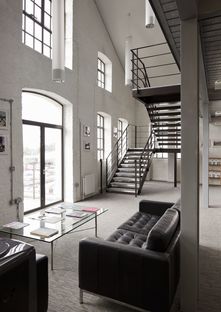 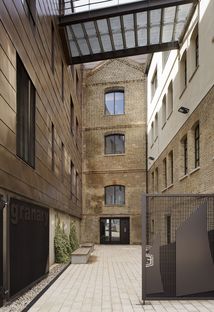 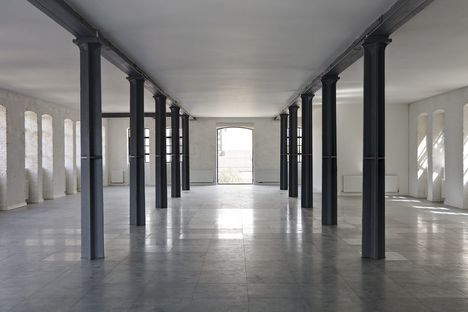 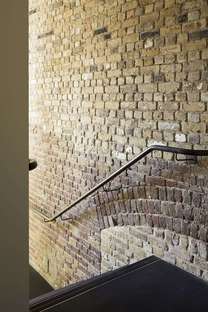 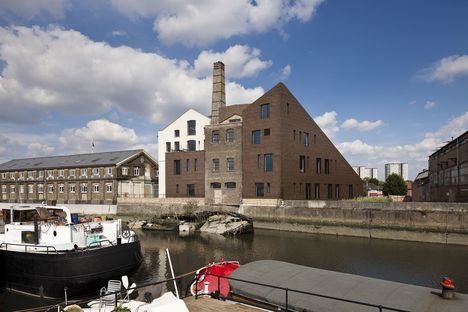 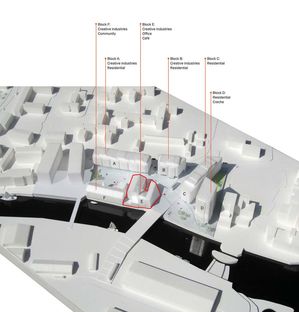 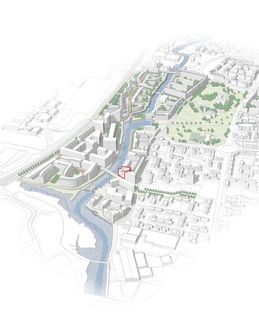 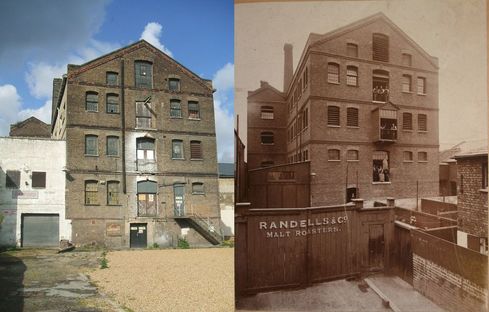