A new and iconic triangular wooden roof is the trademark of the new Assen Station, which has become the gateway to this Dutch city. This recently-completed project is the work of architecture firms Powerhouse Company and De Zwarte Hond, who decided to include a bold urban feature which seems to float above the buildings below it and which connects two districts of the city. 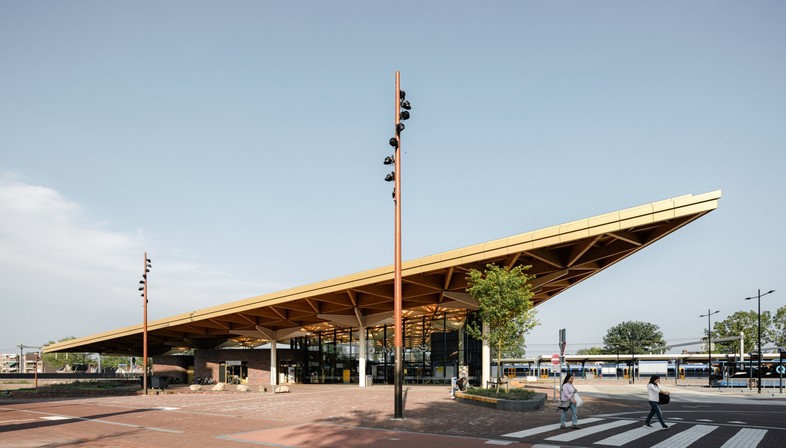 The new Assen Station, designed by architecture firms Powerhouse Company and De Zwarte Hond and recently completed, is characterised by a markedly urban feature: its triangular wooden roof. Originally, Assen Station was nothing more than a transit station - a stop on the Meppel-Groninga railway line (also known as Staatslijn C) - and as such, the city long remained invisible in the eyes of the many travellers who passed through it. The city administration, which commissioned the project, therefore asked the two firms to design a station capable of becoming a “gateway to the city”, one which could also take the form of a transparent architecture, thus also removing - at the neighbourhood level - the physical barrier represented by the tracks. 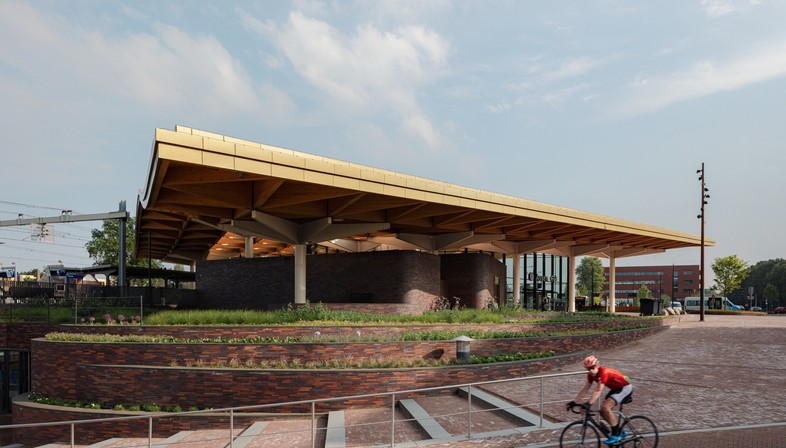 Powerhouse Company and De Zwarte Hond have designed a station that is “connective, transparent and sustainable”, equally inviting from every angle, but with a strong identity. Its characteristic triangular roof is an urban feature which stands out with a certain elegance as it seemingly hangs in the air, floating above the buildings below it, but at the same time creating a link between the eastern and western districts of the city. The roof is an all-wooden structure that covers an area of 3000m2, with a simple geometry and a gentle slope over the entrance to the underground bicycle parking garage and a curve at track level. The material used - wood - makes this an exceptional structure, with Assen Station being the only station roof in the Netherlands made entirely from this perhaps unusual choice of material. A choice that the architects explain as being due to the need to create an inviting atmosphere for travellers, but also as a means of keeping with the green, sustainable character that Assen has cultivated and which the station is an important element of in its role as a multimodal hub. Natural lighting in the station is provided by the windows distributed across the central part of the roof, creating charmingly playful light effect on the platforms and in the main hall. Under the large wooden roof, the station’s commercial and passenger service functions are organised into individual buildings with exposed brick façades and rounded corners. Travellers see the station as a large public square, a gateway through which they can embark upon their discovery of the city. The solution developed by the two architecture firms, Powerhouse Company and De Zwarte Hond, with the vast roof supported by metal columns, is flexible and allows for the spaces underneath it to be adapted to suit the future needs of the commercial areas or according to the number of passengers passing through it. 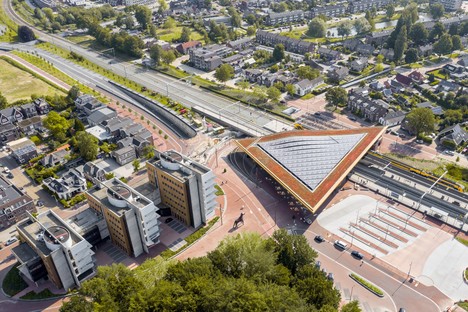 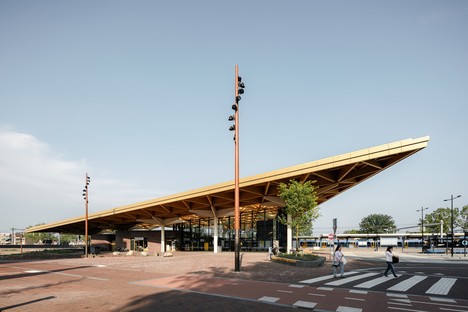 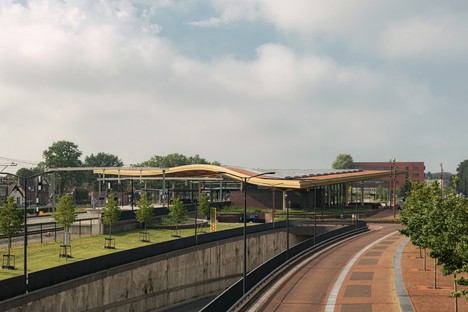 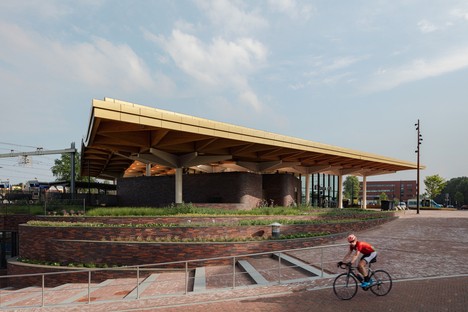 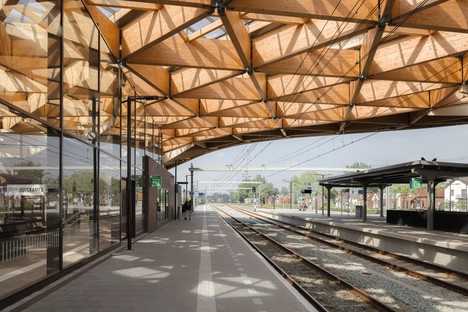 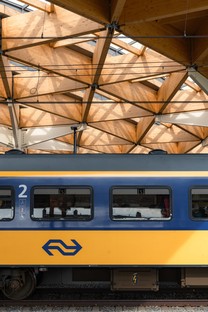 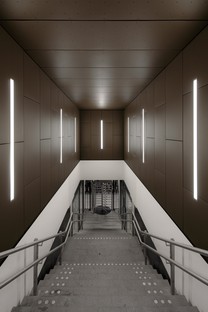 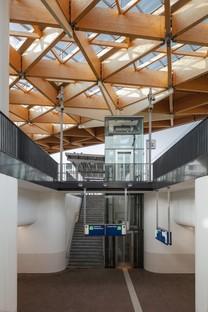 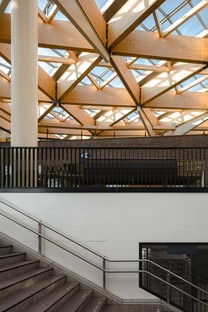 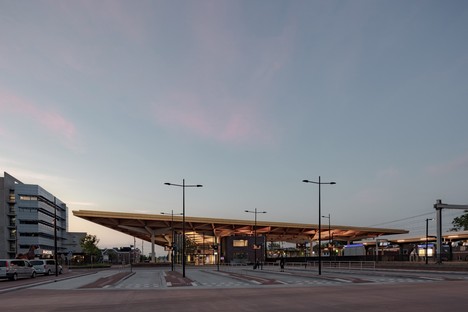 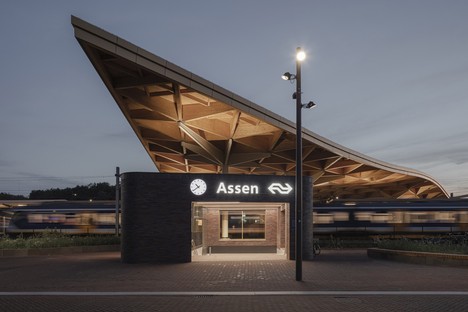 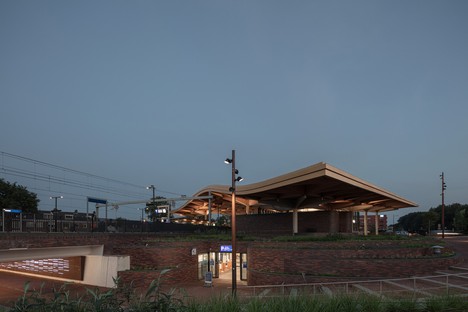 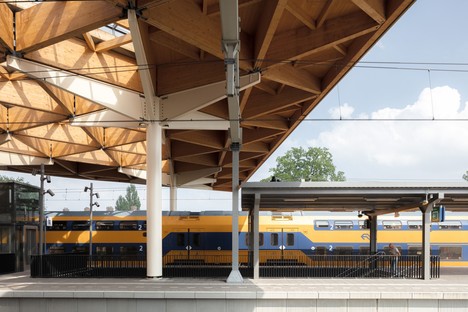 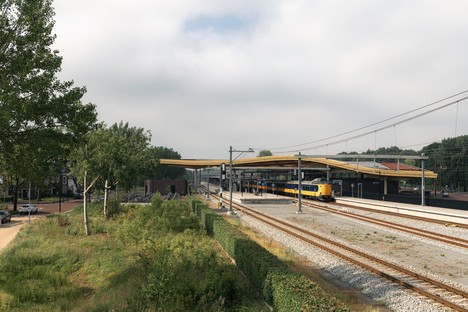 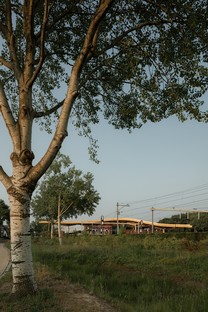 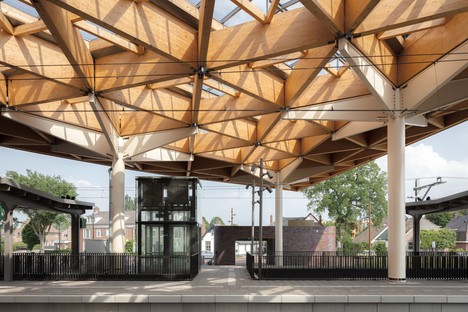 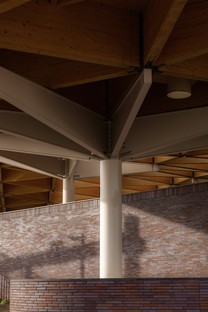 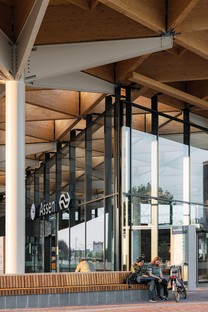 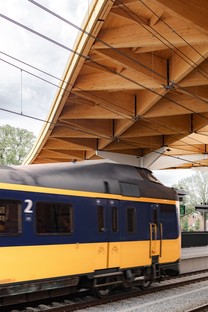 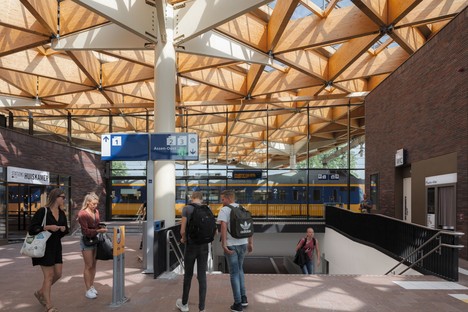