The new high-performance curtain wall of the 1271 Avenue of the Americas tower in New York has made it possible to preserve the image of the original building, built in the 1960s, but with significant energy savings. The repositioning project, created by the Pei Cobb Freed & Partners studio, received the Best Tall Building 2022 Award of Excellence in the Renovation category, awarded by the Council on Tall Buildings and Urban Habitat. 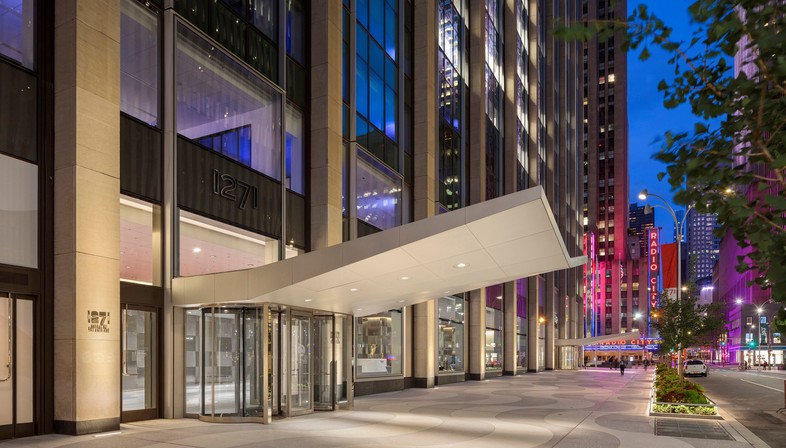 In New York, in Midtown Manhattan, the Pei Cobb Freed & Partners studio carried out a repositioning project on an iconic skyscraper to improve its performance, adapting it to contemporary needs and once again making it interesting for the real estate market.
The tower is one of the 19 buildings that make up the Rockefeller Centre on 1271 Avenue of the Americas, which gained fame with the popular Mad Men television series, set in the building, and known as Time & Life Building named after an illustrious tenant of the past, the Time Inc. publisher of the Life magazine.
Designed by architect Wallace Harrison of the Harrison, Abramovitz, and Harris studio and built between 1956 and 1960, the tower had lost its attractiveness over time. The building envelope was inefficient from an energy and sustainability point of view, with outdated mechanical systems and interiors no longer attractive to potential tenants. Through an innovative repositioning project focused on the restoration, improvement and modernisation of the tower, the Pei Cobb Freed & Partners studio demonstrated how preserving rather than demolishing and rebuilding can be an advantage for all players involved: not only the owners and future users, but also for citizens and the planet in general, due to the lower pollution produced.
The architects' project identified five interdependent lines of intervention, of which the most significant was the replacement of the façade where, while retaining the essential proportions of the original building, it was possible to increase the natural lighting and the vision area, while reducing the power consumption of the building envelope by more than 40%. While respecting the historical layout of the original building, the mid-century finishes of the historic lobby have been restored. Additional updates include the mechanical systems, the safety systems and the lifts that have been modernised, including the redesign of the cab interiors. At street level, in the east plaza across from Radio City Music Hall, new landscaping elements have been added: a stepped fountain and a new and dynamic cantilevered canopy. The project created by the Pei Cobb Freed & Partners studio was therefore able to transform an area of transit into an inviting public space on a human scale, creating value for the entire community and not just for direct users of the building. Precisely by virtue of the results achieved in terms of sustainability and the positive impact on the community, the project has been recognised with numerous awards, including the Best Tall Building 2022 Award of Excellence for the Renovation category, given out by the Council on Tall Buildings and Urban Habitat. 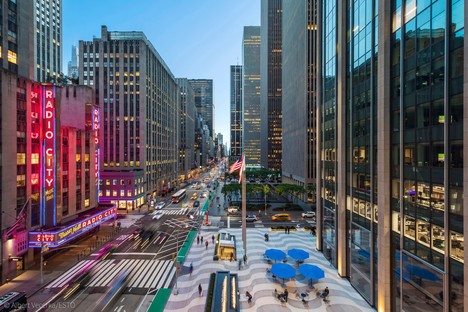 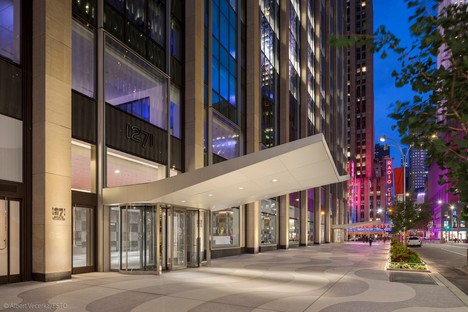 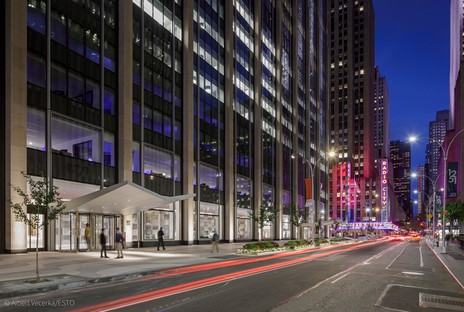 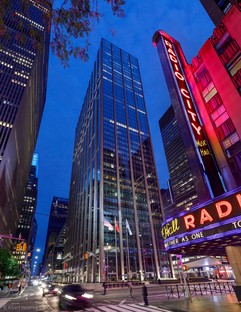 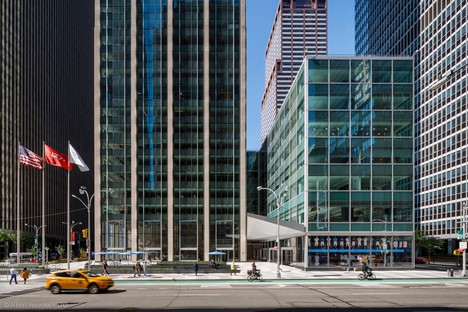 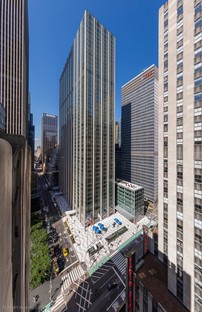 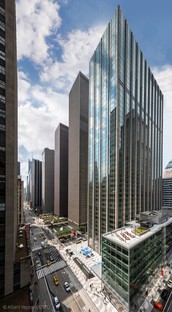 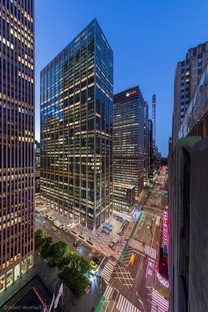 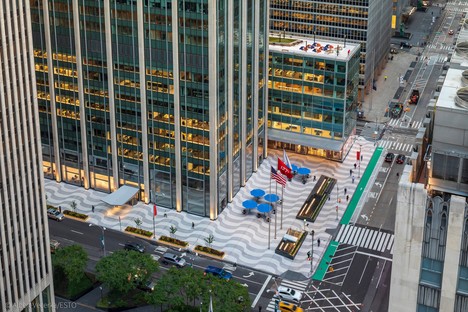 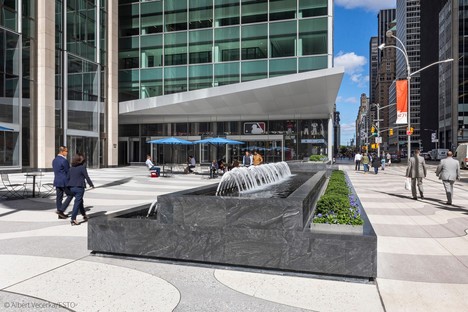 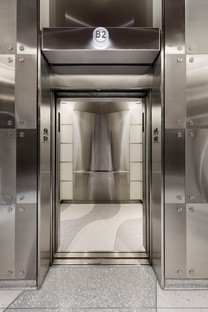 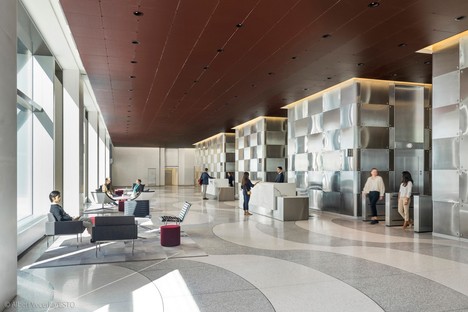 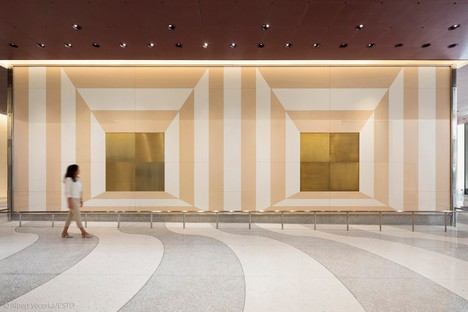 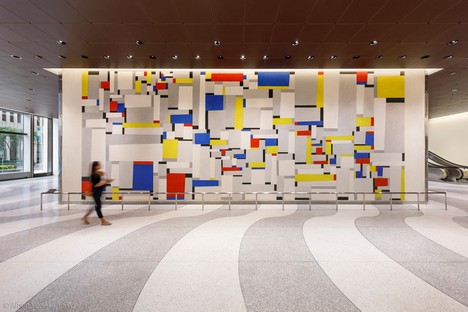 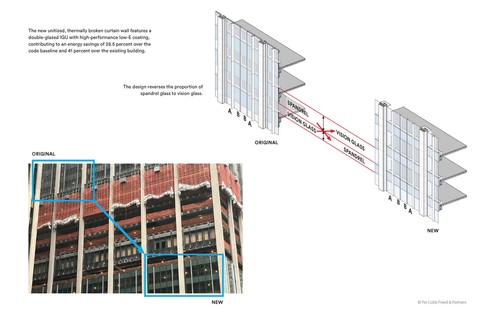 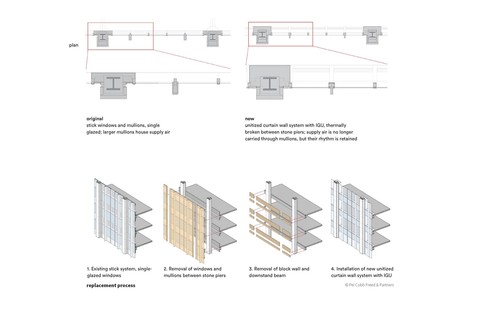