On the occasion of the 2021 Tall + Urban Innovation conference organised by the Council on Tall Buildings and Urban Habitat (CTBUH), the winners of the 18th edition of the CTBUH Awards were announced. The jury selected the winners of the 29 categories into which the rich programme of prizes is divided, as well as naming the overall winner. For the 2021 edition of the prestigious Awards, the Best Tall Building Worldwide is the Vancouver House: a residential skyscraper designed in the Canadian city with the same name by the BIG studio, founded by Danish architect Bjarke Ingels. 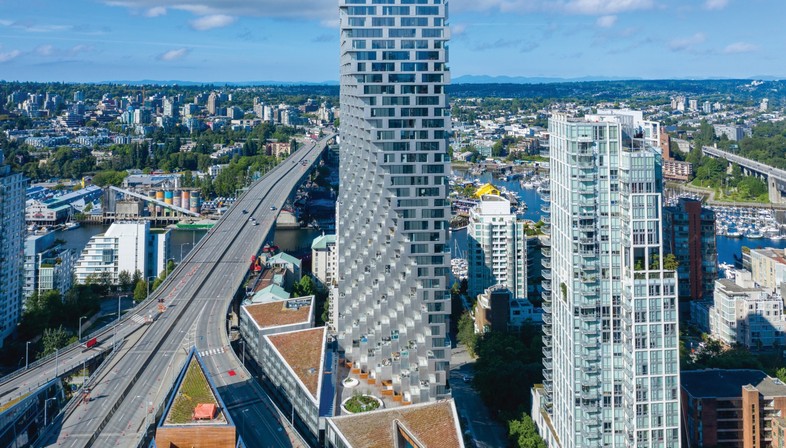 This year’s Tall + Urban Innovation conference organised by the Council on Tall Buildings and Urban Habitat (CTBUH) was held from May 18 to May 20, taking place entirely online. An unusual format for the annual event organised by the CTBUH yet which, over this past year, due to the ongoing challenges imposed by the pandemic we have all learned to consider as our "new normal". During the two days of meetings and project presentations, the jury nominated and awarded the winners of the 29 different categories in which the CTBUH’s rich programme of prizes is divided including skyscrapers, urban development plans and technical innovations. All, of course, designed in the context of tall building construction.
The jury, chaired by architect Karle Fender, founding partner of the Fender Katsalidis Architects studio, also named the overall winner of this year’s edition of the prestigious Awards: the Best Tall Building Worldwide 2021. Honour that was awarded to the Vancouver House, a residential skyscraper designed in the Canadian city with the same name by Danish architect Bjarke Ingels and his BIG studio.

In the project designed by BIG, the jury recognised a building characterised by an unusual shape that enhances the context in which it has been inserted. The Vancouver House, in fact, has become a gateway to the city, redefining the Vancouver skyline. Moreover, thanks to the various services offered as part of the rich programme of functions integrated into the podium formed by the first floors of the skyscraper, it is a building strongly "committed to the community". The first floors of the building are intended for offices and commercial activities, overlooking a system of public routes located under the Granville Street Bridge, a busy motorway flyover. The presence of the elevated road was, in fact, one of the driving factors behind the unusual shape of the building, designed in such a way as to help escape the noise of the road, allowing residents to enjoy excellent natural lighting and views unobstructed by the nearby traffic. The particular shape of the Vancouver House was obtained through the progressive transformation of the building’s floor plan. The building, in fact, is triangular at its base then, gradually, proceeding upwards, it transforms and becomes rectangular at the top. Thanks to this unusual design, the architects were able to make the most of the space available for the construction of the skyscraper. The progressive transformation of the floor plan gives the Vancouver House a dynamic form, as if the volume twisted up along its vertical development. Before receiving the Best Tall Building Worldwide 2021, BIG’s project had also been named the winner in three different categories: "Best Tall Building 100–199 Meters”, “Best Tall Residential or Hotel Building” and “Structural Engineering”. 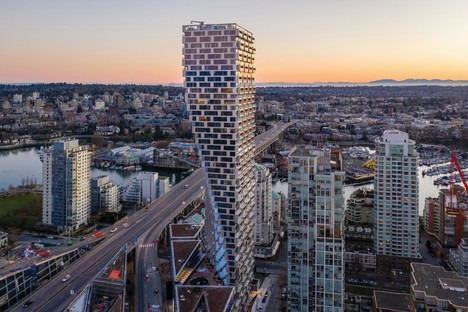 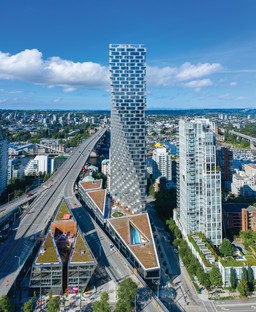 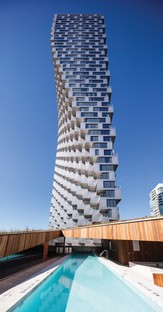 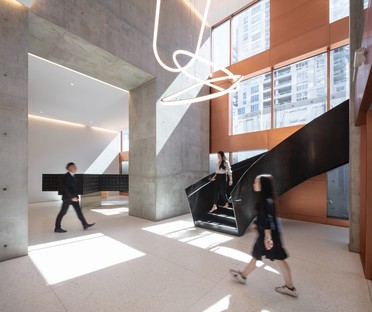 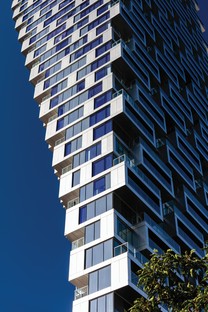 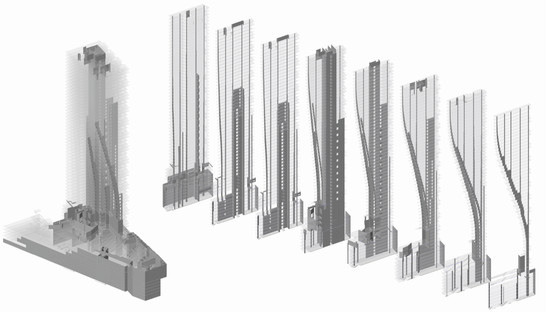