Two become one. These three words sum up the latest new project by _naturehumaine, the Canadian architectural practice founded by Stéphane Rasselet. The studio completely redesigned a duplex of the type typically found in Montreal as a single home for its client. Experienced in projects of this type, _naturehumaine created a new home with clean, contemporary lines in its characteristic style. 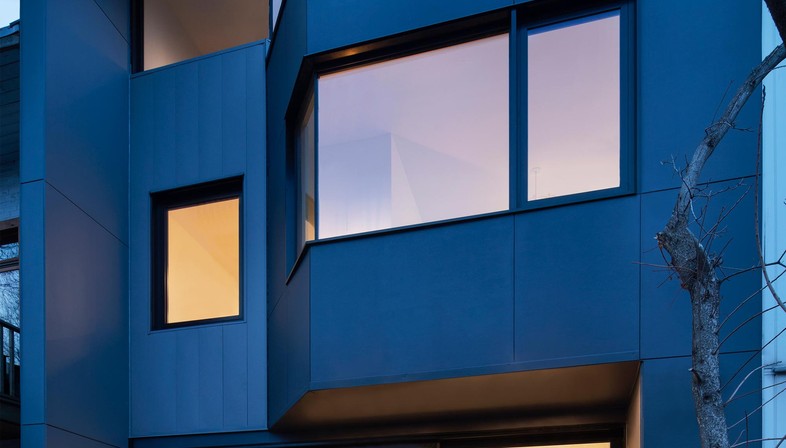 _naturehumaine is a Canadian architectural practice based in Montreal, founded by Stéphane Rasselet and Marc-André Plasse in 2004. In addition to cultural centres, commercial spaces, theatres, hotels and houses, one of the project categories the studio works with most often is conversion of duplexes into single homes.
The duplex is a common type of home in Montreal, consisting of two separate apartments one above the other. The ground-floor unit normally has a little back garden. Many families manage to purchase the apartment above or below them as they grow larger and achieve economic stability. This is where Rasselet and his team specialising in large-scale rehabilitation projects come in.
Dessier Residence is the Canadian studio's latest new project, a typical case of the kind we have just described. In Montreal's Plateau-Mont-Royal borough, _naturehumaine transformed and expanded a duplex to create a single-family home, using the geometric dialogue between two volumes added to the back of the home. These complementary shapes are inclined in opposite directions, toward the outer edges of the lot, to create a loggia effect, and feature a series of sharp corners covered with matt metal in a dark colour, between grey and blue.
Taking advantage of the expansion project, the architects also added a mezzanine on the top level of the house which extends out over the back garden, containing a living room which leads to a big open-air patio where the family can enjoy the breeze on summer evenings. All this is included in the addition to the first volume, which permitted a major expansion of the total floor space in functional terms, while in aesthetic terms it allowed the architects to emphasise the verticality of the façade on all three floors. This gives the home a more dynamic look, made even more evident by the irregular geometric lines that are the hallmark of _naturehumaine’s work on the façade of the Dessier Residence.
On the first floor, on the other hand, addition of a second volume projects the surface of the home beyond the size of its base, expanding a bedroom and the rooftop patio and providing partial shelter over a second patio on the ground floor, leading to the garden.
The second volume naturally acts together with the first to create continuity for the entire façade, which Rasselet and _naturehumaine use to create a dynamic expression between the two. On both the new volumes, in fact, two big corner windows provide a visual link with the garden.
The existing ground floor patio, which was too small, was expanded to make room for open-air dining and act as a physical, material and chromatic link between the home and garden. Physical because of the steps, and material and chromatic because of the wood used to cover it, which acts as a bridge between the coldness of the metal covering the home and the grass, a living organic material.
Inside the home, the monochrome white walls ensure continuity, with contrast created by matt black and wood finishes, materials and furnishings. The floors are all wooden, while the staircase which plays a central role in the home has a metal frame and railings, painted black. A skylight above the stairs lets daylight into the central part of the home, far away from the windows.
In fifteen years of work Rasselet has managed to maintain his distinctive clean, light, contemporary style featuring boldly contrasting colours and materials defined by the clean geometry of his lines. And the Dessier Residence is no exception. 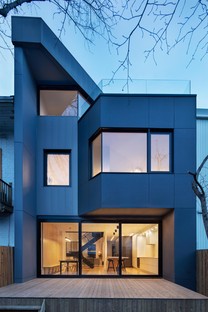 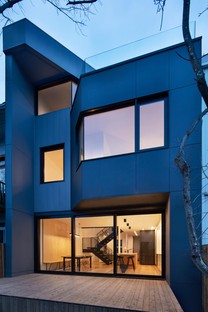 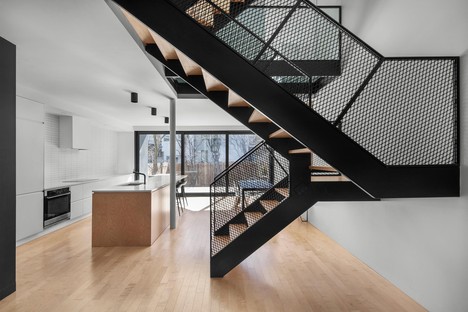 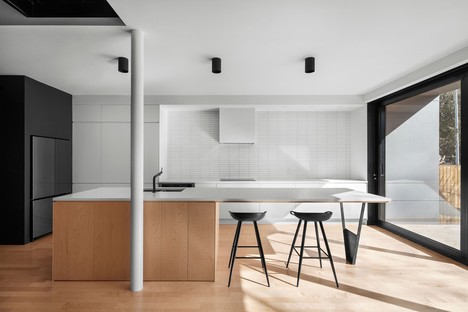 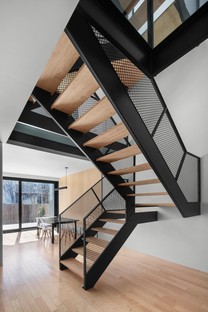 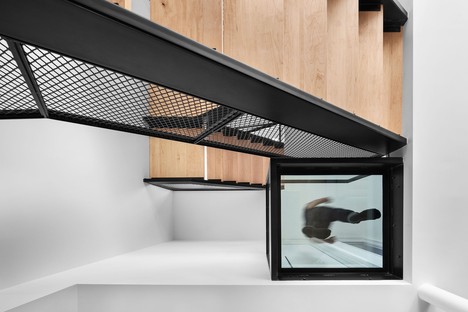 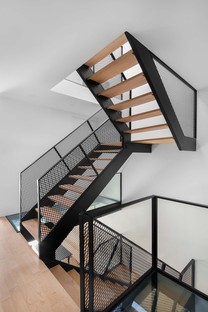 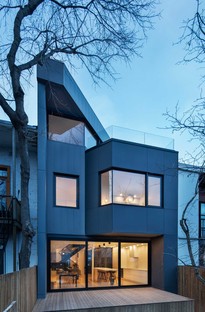 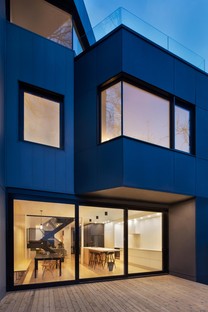 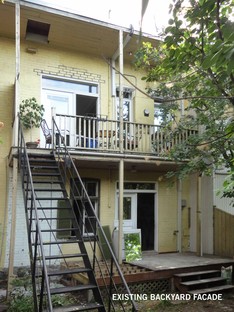 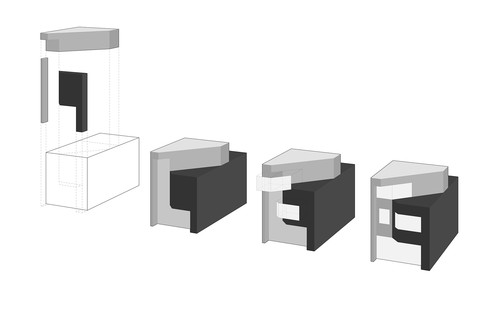 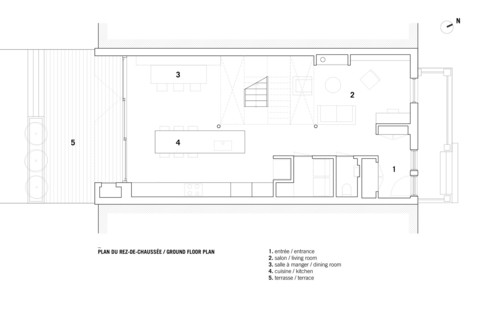 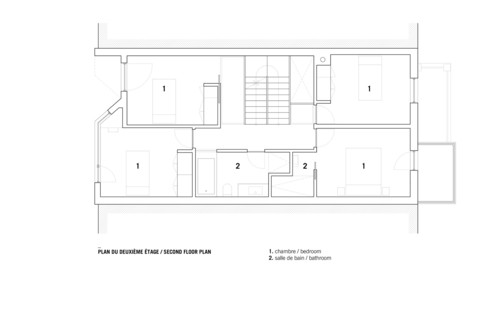 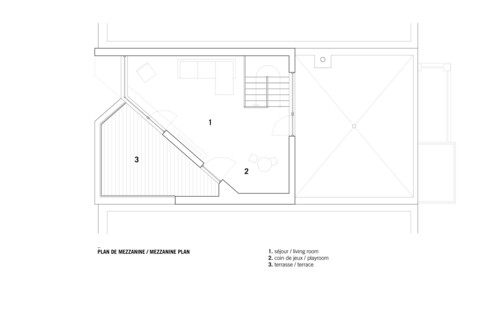