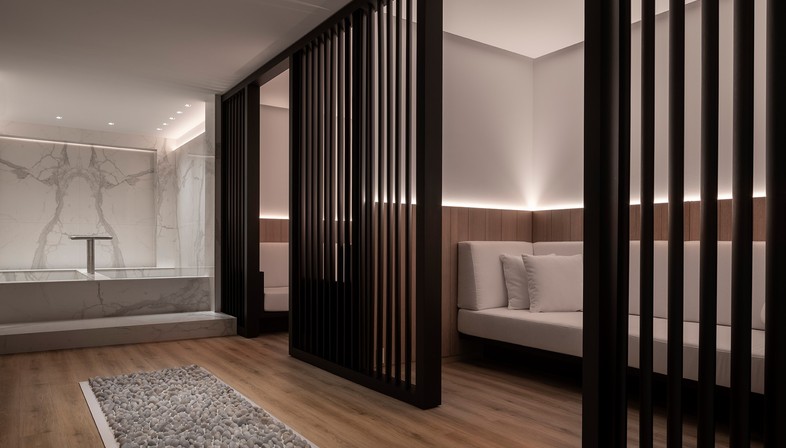 The magniloquent Four Seasons Hotel Montreal was designed, and its construction supervised, by prominent Canadian architectural studios Lemay and Sid Lee Architecture in partnership with numerous other world-famous designers who contributed to the interiors and details. The importance of this big new commercial project for the city has been clear ever since it opened (as the architects point out in their press release), finally bringing Montreal into the global conversation about luxury hotel architecture and design.

Lemay and Sid Lee sought a style that would be contemporary and light, but also capable of expressing the classic elegance and refinement luxury spaces always require. From the outside, the building takes the form of a big, dark, square block eighteen floors high, covered with reflective glass, with diagonal lines cutting across it to add dynamism to its façades. Alongside this, a second, lower volume presents echoes of classical style, with white façades alternating big windows with long columns, which rise the entire height of the building and culminate in lowered arches. A third block, also in contemporary style, joins these two parts with its colours and glass surfaces.

The main volumes and functional divisions are made evident on the façades in the form of a golden bas-relief that folds inwards and spreads vertically to create a thin blade in the centre of building, standing out against the dark colour of the glass "like a gold chain on a chic black dress", in the words of Lemay and Sid Lee Architecture. The dark glass casts a delicate veil over the interior spaces at nightfall so that the interior of the Four Seasons Hotel acquires a subdued appearance, coming to life under the influence of changing ambient light.

In over 45,000 square metres of floor space, the Four Seasons Hotel offers guests everything they have come to expect from a luxury hotel: 169 suites of various sizes, 18 exclusive private residences, a number of meeting rooms, a lounge bar, a hall for corporate events and gala evenings, a spa and wellness area and more than 3000 square metres of retail space. All the interiors were designed by Gilles & Boisseier in partnership with Philip Hazan on the basis of a light, refined "contemporary classic" style featuring pale, warm colours, ethereal lighting, velvety textures, mirror-polished surfaces and touches of marble, bronze, gold and dark wood. 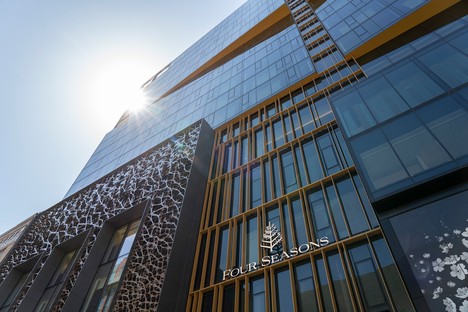 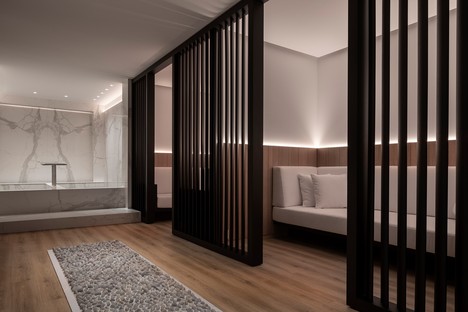 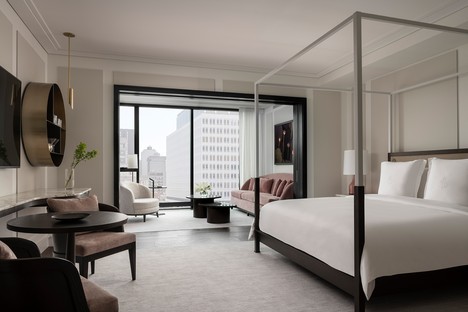 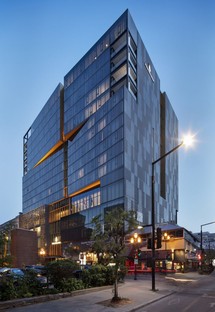 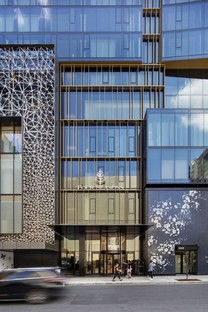 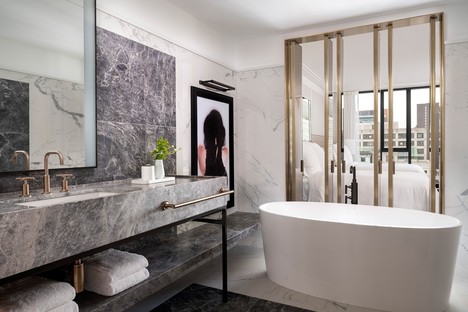 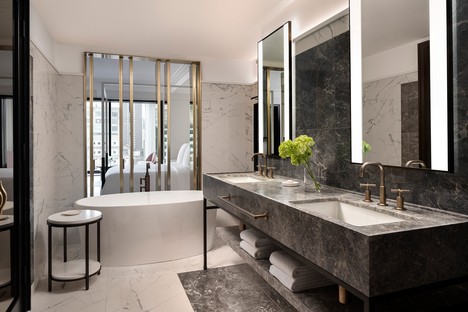 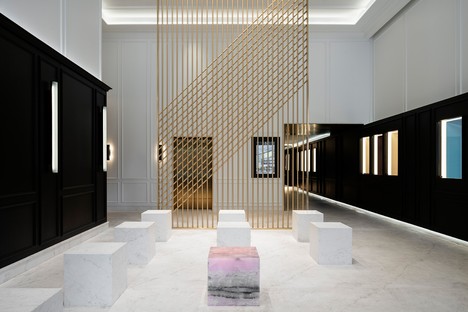 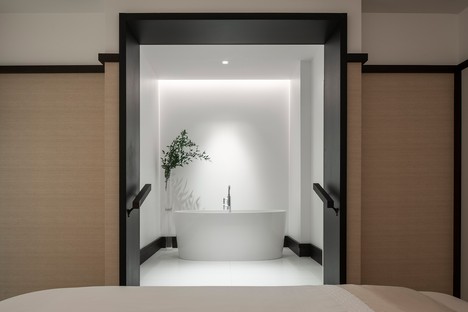 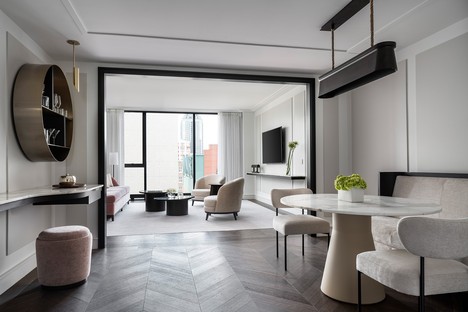 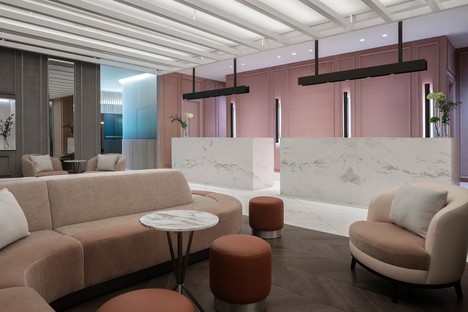 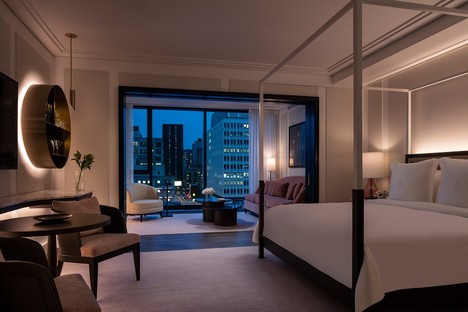 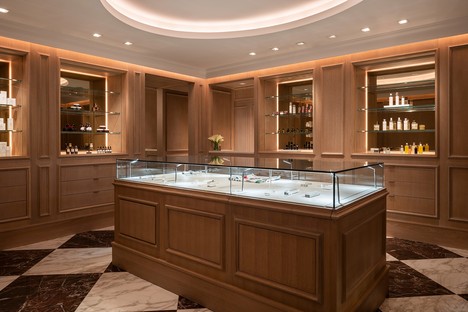 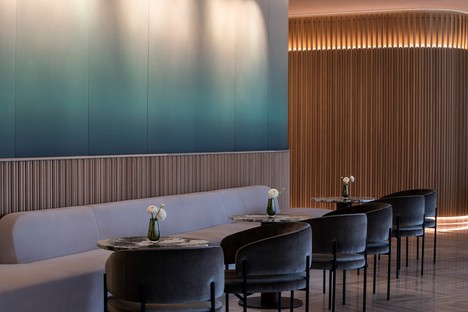 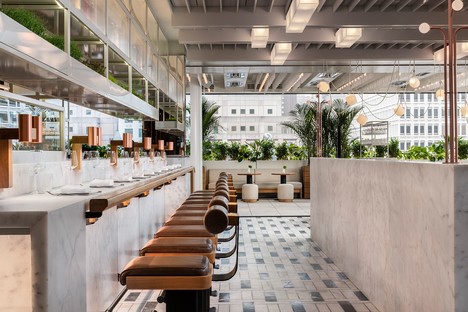 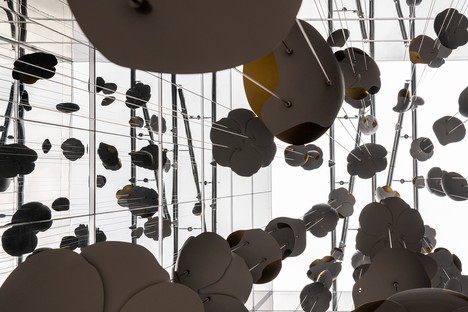 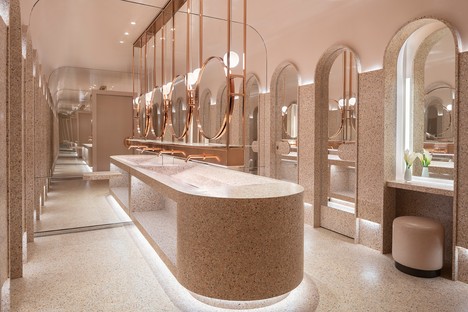 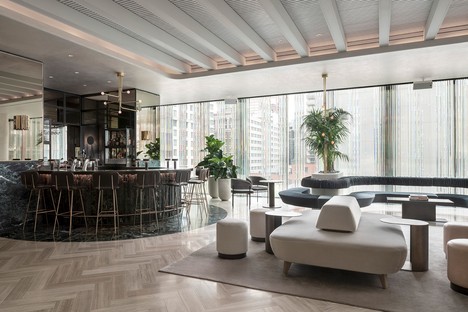 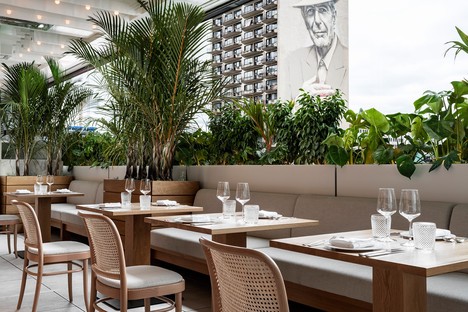 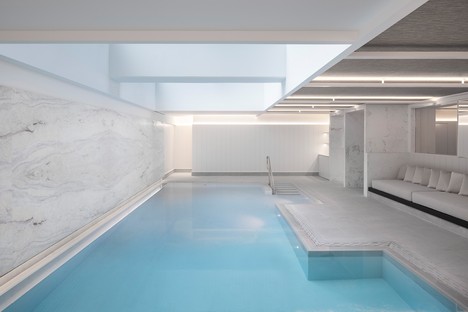 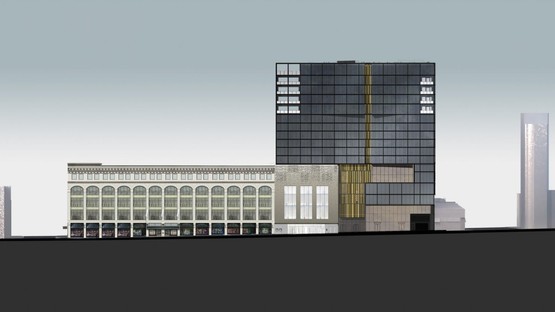