La Brèche is a private refuge designed by _naturehumaine in front of Mount Orford, in Montréal’s Eastern Townships. The building features contemporary details and takes the form of a classic house with a gabled roof, but made up of two similar volumes separated by a breach: a gap a couple of metres wide determining the shape and the name, and therefore the identity, of the project as a whole. 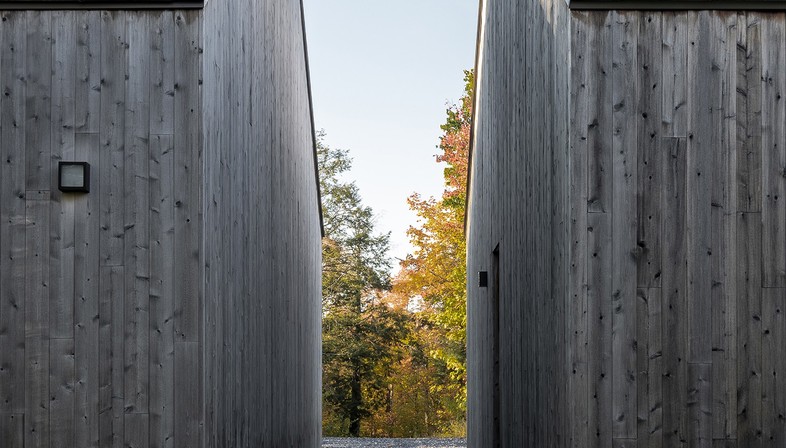 _naturehumaine is a Canadian architectural practice renowned for its geometric style and rational approach to design. In one of their most recent projects, La Brèche, the client wanted to construct a compact second home surrounded by greenery on a small lot in front of Mount Orford, in the Eastern Townships to the east of Montréal, Canada, adding that it was to be built in two volumes.
The architects’ strategic choice in responding to all this while maintaining an appropriate degree of privacy for personal spaces was to include the living and sleeping spaces in the first volume, with a workshop and a guest loft with its own bathroom in the second. The client’s wishes determined the shape and the name of the home, as la Brèche, the name of the project, refers to a walkway forming a clear break between the two halves of the house on its shorter side: a true breach creating an unexpected gap in what ought apparently to be a single volume.
The home’s orientation is dictated by the position of the lot in relation to Mount Orford, the principal feature of the landscape visible from the house. The living room, dining room and kitchen overlook the mountain, visible through big windows which the architects have designed as true frames. Moreover, the home’s position at the top of a slope ensures that the views are not limited to the mountain only, but include the undulating shapes of the landscape.
In stylistic terms, the architects of _naturehumaine were asked for a home "Combining the desire for both a contemporary expression and inspiration from traditional architecture", and in fact at first sight the two volumes appear to conform to the traditional shape of the house with a gabled roof, with a contemporary look created by the absence of a roof overhang, a corner window with no uprights, just silicone joints, and the frameless windows and doors. While the house may appear rustic from the outside, with its timber cladding, on the inside its style is contemporary and minimalist, an effect obtained with white-painted walls and ceilings, diamond-polished concrete floors without baseboards, and choice of a few refined items of furniture bringing the material qualities of wood into the home.
In their note for the press about the project, the architects of _naturehumaine describe the element characterising La Brèche: "Formally, the house is kept to its most elementary shape. The two building entities are divided by a six-foot wide exterior passage clad in the same wood as the overall envelope. The overall impression gives the illusion that a natural phenomenon has split an initial entity into two distinct parts. The result is a gap that provides direct access to both volumes and to the deck on the southeast façade. Mostly, this passage offers a dramatic perspective framing the landscape behind the house".
Beyond the details of the architecture, the client and the architects wanted to maintain a strong aura of simplicity and tranquillity around the home, as La Brèche is a second home designed for contemplating nature and the landscape. 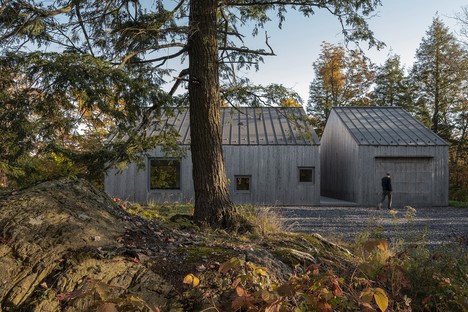 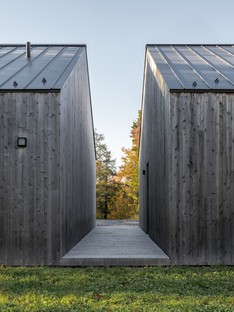 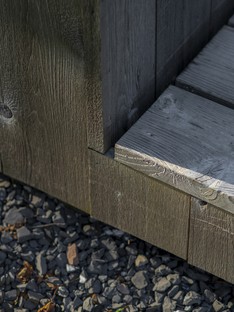 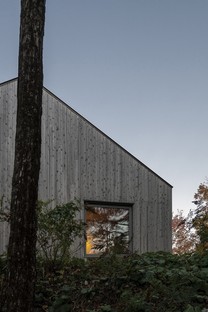 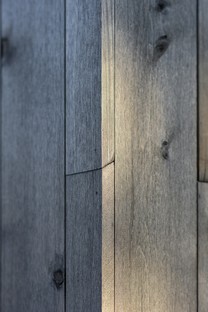 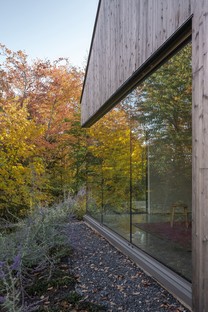 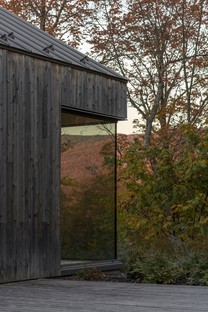 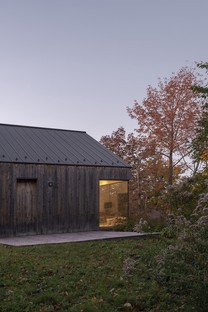 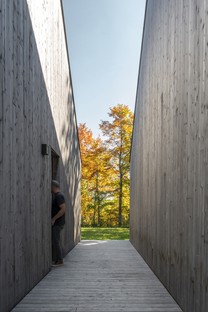 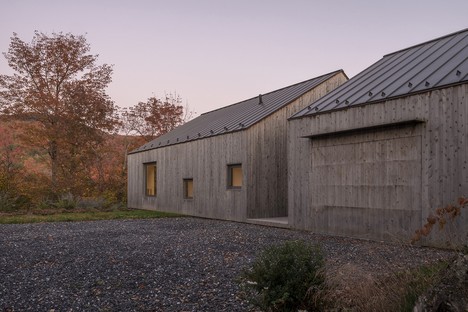 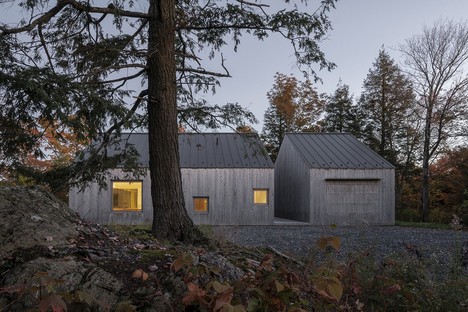 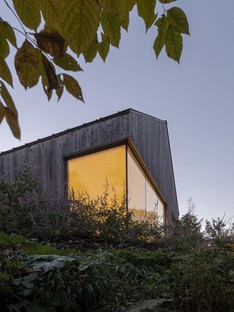 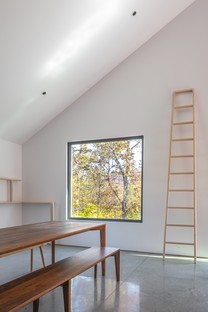 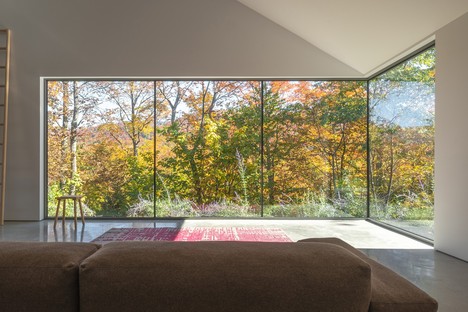 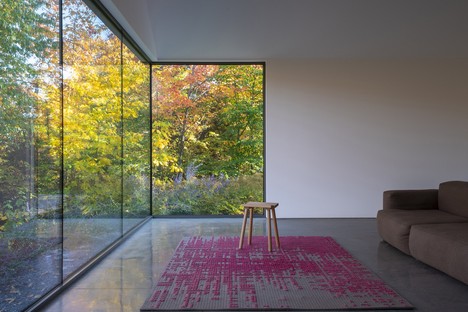 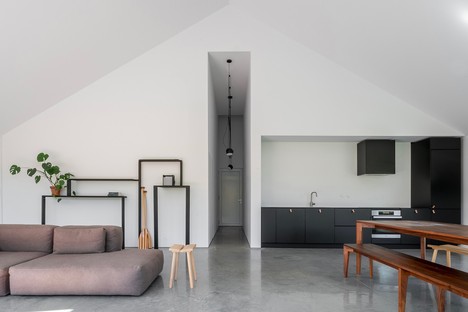 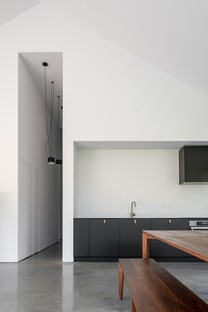 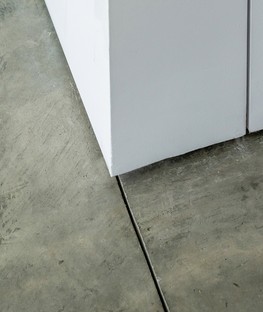 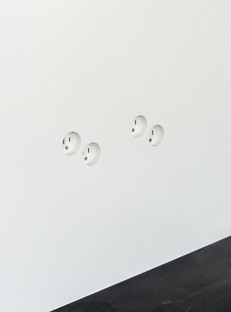 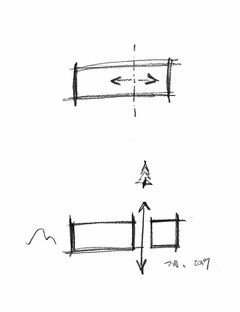 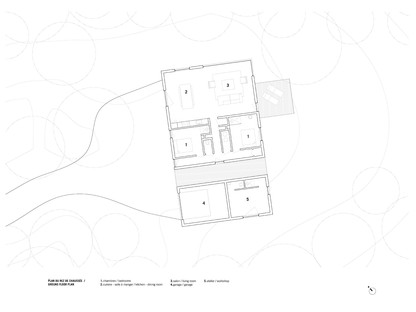 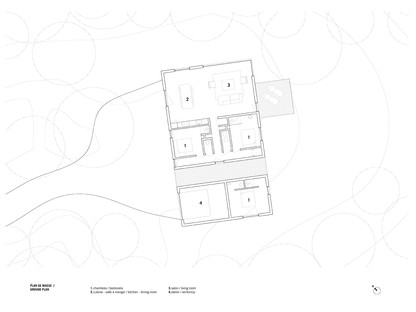