In Berlin, in the vibrant central Mitte district, Café Camaleon was recently completed. The project was designed by MVRDV and GRAS Arquitectos, with Berlin architect Laura V Rave, for Casa Camper Berlin, the second hotel of the well-known shoe brand Camper. The interior project combines three functions in the same place: the hotel lobby, a cafeteria-restaurant and the brand showroom. The use of a striking colour gradient, achieved by carefully selecting details and materials, creates an important visual appeal in the urban context. The MVRDV studio has completed its first project in Berlin. It is the Café Camaleon created for the well-known shoe brand Camper. This interior design project was developed with GRAS Arquitectos and Berlin architect Laura V Rave.
. The Café Camaleon occupies the ground floor of Casa Camper Berlin, the brand's second hotel, which opened in 2009 in Berlin's vibrant and central Mitte district. In this vibrant and lively space, the architects have brought together three different functions and given each one its own identity through the use of different colours. Café Camaleon is in fact the lobby of the Casa Camper Berlin hotel, but it is also a restaurant-café and a retail showroom for the brand. The use of an evocative gradient of colour, achieved by carefully selecting details and materials, allowed the architects to differentiate the functions while bringing them together in the same space, creating an important visual appeal for the urban context. The venue is located near a lively shopping area in the neighbourhood.

Originally the ground floor of the building was used not only for the hotel lobby, but also as a shop. Two completely different and separate spaces. The architects completely reimagined the interior to create a new design venue that would best interpret the brand. The difference in the time schedules and uses of the three main functions—lobby, cafeteria and showroom—prompted the architects to work on a combined use of the same space. The result is a flexible venue that can adapt throughout the day to the needs of different functions, and at the same time benefit from the synergies created between them. The common element that brings everything together is the space for welcoming and interacting with the public. A clearly identified area in the restaurant is the large 18-metre counter, running the full length of the premises parallel to the street front, serving all three facets of Café Camaleon.

The colours differentiate the functions, and the architects chose: red for the hotel lobby, white for the showroom window, in keeping with the brand identity of the Camper Lab shops, and finally brown for the cafeteria/restaurant as a tribute to the "caffellatte", the typical drink made by mixing milk and coffee. The name Café Camaleon is a tribute both to the history of the brand - the first shoe marketed by Camper in 1975 was called Camaleon - and to the use of colour. In particular, it is a precise reference to the chameleon's ability to adapt to the colour of its surroundings. Similarly, the transition from one function to another in the room is accompanied by a gradual change of colour. There is no clear separation, rather the colours blend into each other, creating a gradient that runs across the entire street front and is clearly visible in the floors, walls and counter. Through the 12-metre-long glass façade, the colours create a strong visual appeal for passers-by and the Café presents itself to the public with a different appearance depending on the vantage point. 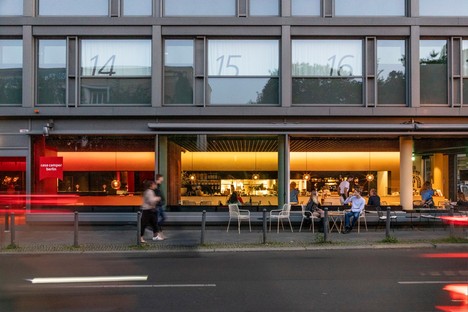 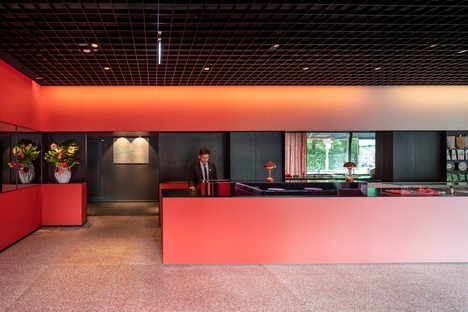 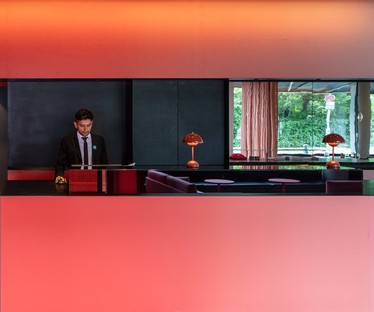 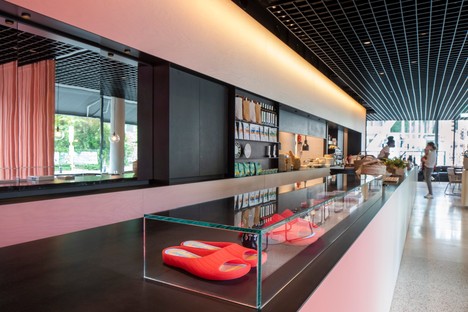 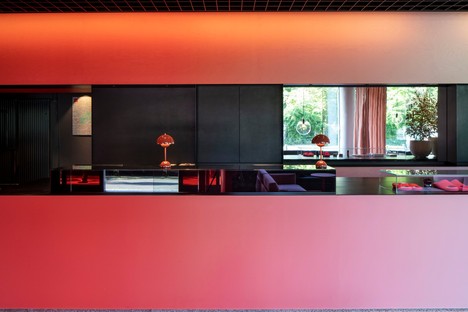 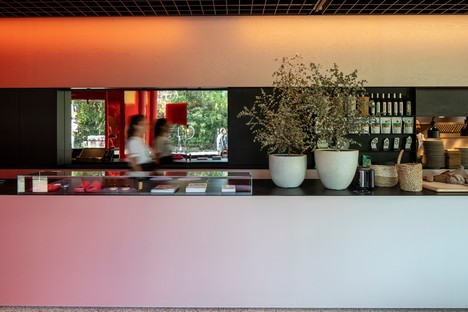 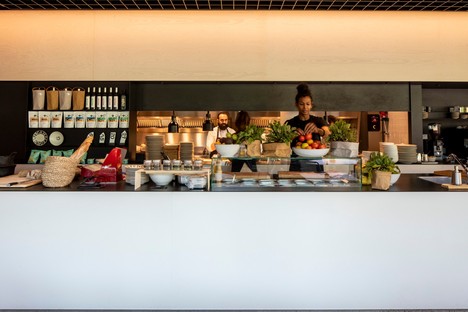 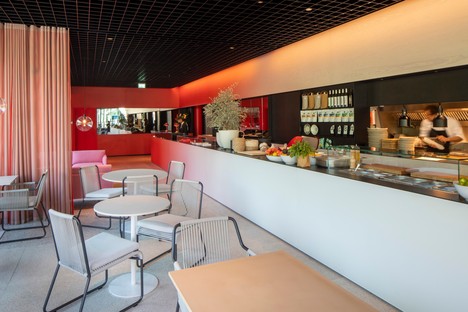 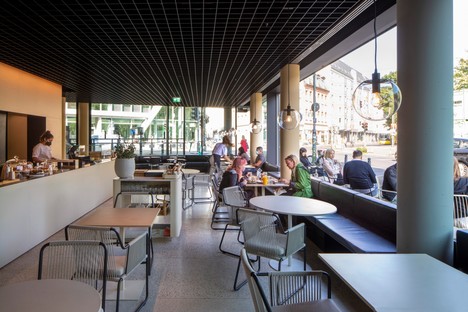 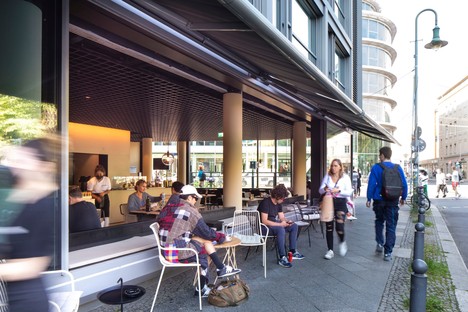 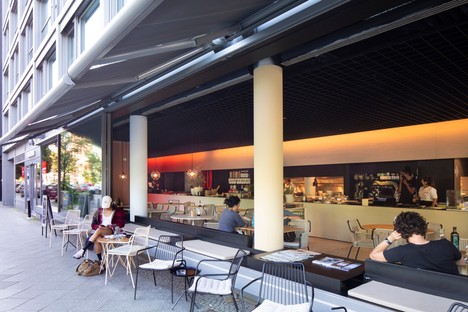 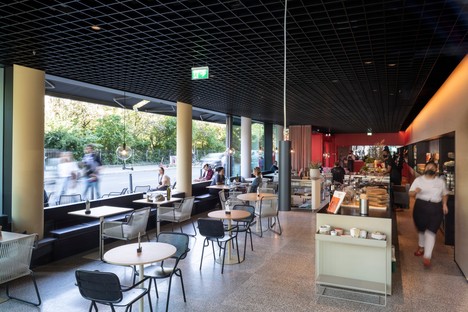 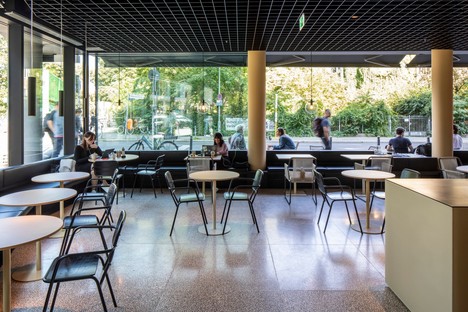 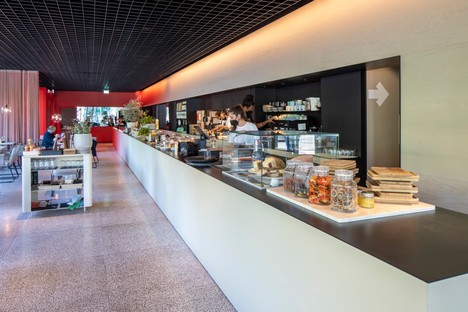 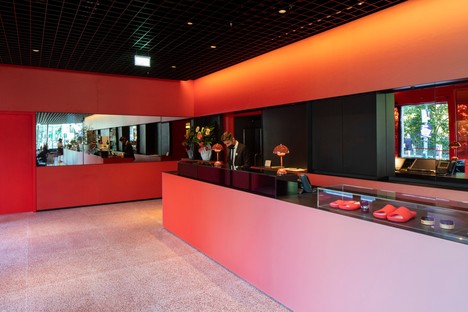 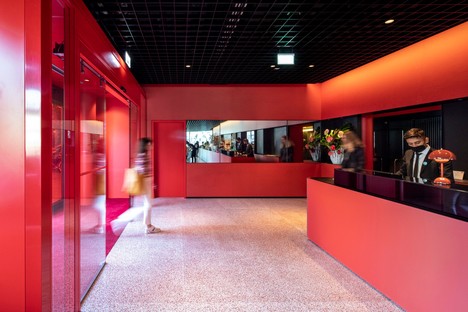 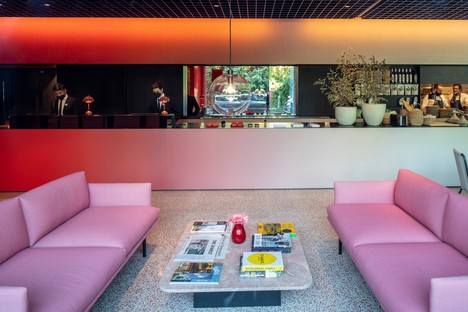 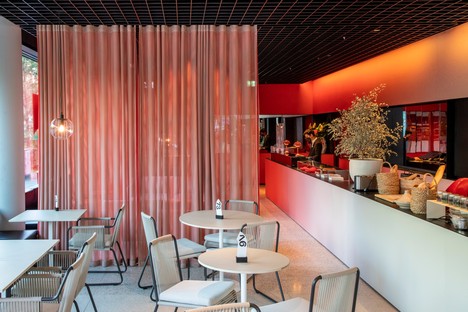 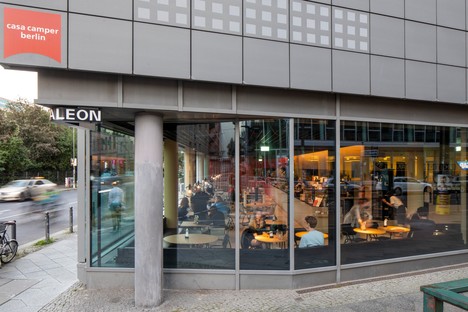 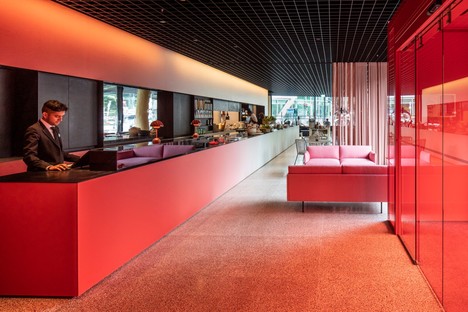 MVRDV designs Sun Rock, an architecture for capturing the sun