Miralles Tagliabue EMBT has won the competition for redevelopment of Shanghai’s Century Square. The square in East Nanjing Road, Shanghai’s busiest shopping street, has always hosted events and performances; EMBT transforms it into a kaleidoscope reflecting the fabric of the city around it and providing the city with a new green space. Shanghai’s Century Square will become a kaleidoscope reflecting the fabric of the city around it and providing the city with a new green space under a redevelopment project by Miralles Tagliabue EMBT. The team led by architect Benedetta Tagliabue won the international design competition held for redevelopment of this important square in the Asian metropolis. EMBT has been working in a number of Asian countries for some time, and its recently completed projects include Zhang Daqian museum in Neijiang, China and the Chinatrust Office Tower in Taichung, Taiwan. A third project is now under way in Shanghai, the Business School on the campus of Fudan University School of Management, also awarded in a design competition.

Century Square is located on East Nanjing Road, at the eastern end of Shanghai’s best-known and most popular shopping street. The plaza is located in a strategic position between "Peoples Square" and "The Bund", an avenue running along the left bank of the Huangpu River which is one of the city’s most popular visitor attractions, with its buildings lit up at night. Traditionally used to host events and performances, following the redevelopment project Century Square will not only preserve this vocation but become a multi-faceted urban element. The architects’ intention was to make it a symbol of the great cultural wealth and cosmopolitan soul of the Asian metropolis. A large part of the square will be planted with greenery, significantly improving the urban microclimate of this high-traffic part of the city.
According to the architects of studio EMBT, the project is based on the idea of paying tribute to Shanghai. The word “Shanghai” means “on the sea”, and the architects give the plaza the shape of a shell to reinforce its connections with the sea and the nearby waterfront. This unusual shape opens to reveal its precious content, like a pearl in a shell: a kaleidoscopic building that reflects the new green landscape of the city while at the same time bringing new life to the façades of the buildings around it with its sparkling reflections. The pavement of the plaza will contribute to this result, with its representation of the underwater world. The plan is to build new wooden stands on the southern side of the area, forming a new urban landscape with the existing trees; the stands will be flexible structures that can be used in a number of ways, to contain shops and cafés or offer passers-by a place to stop and meet or participate in events and performances.
The new Century Square will be a welcoming, ecological living place, lit up in the evening to permit use at any time of day. 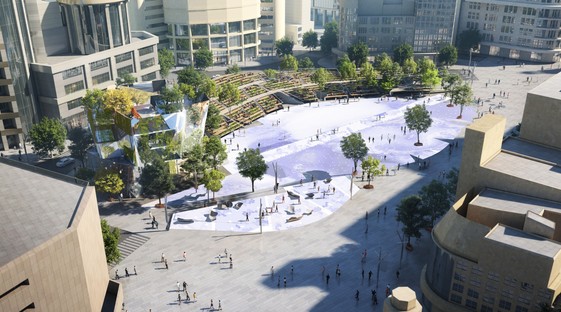 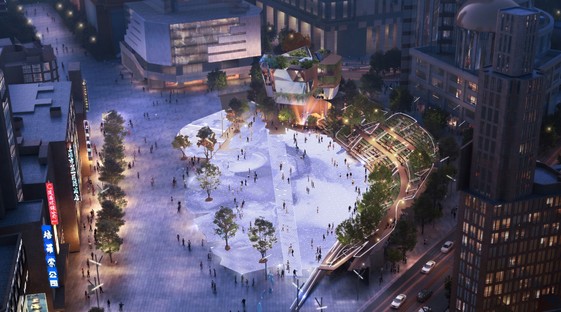 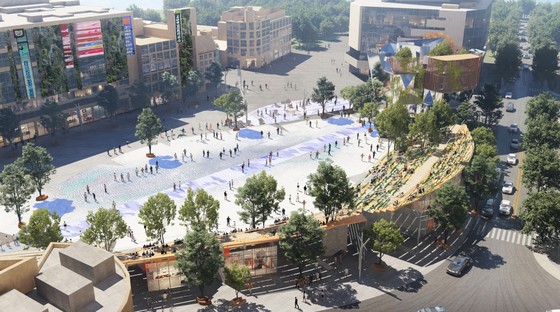 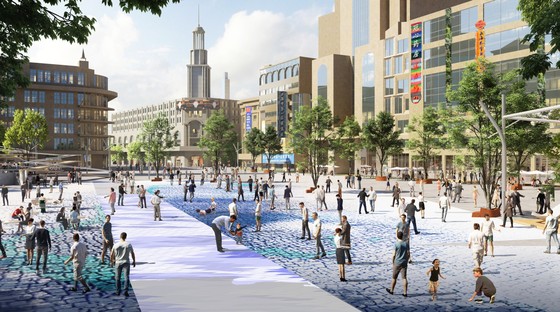 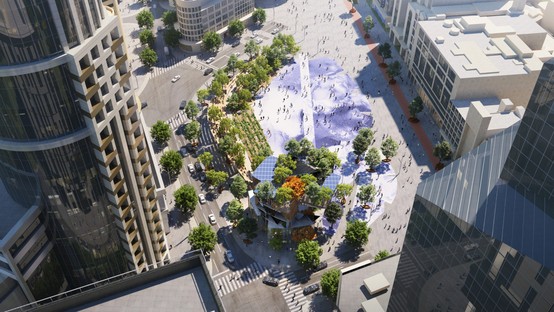 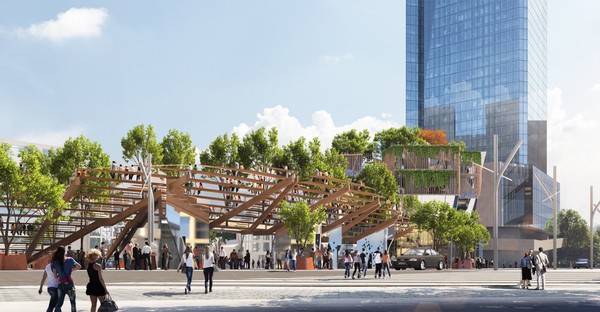 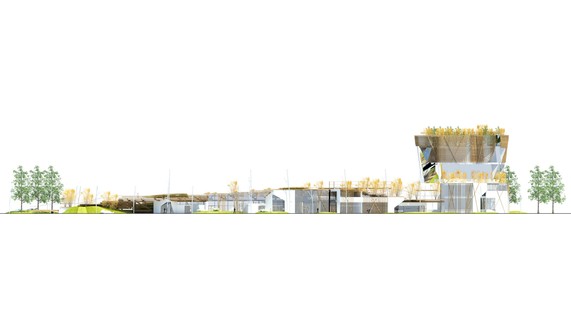 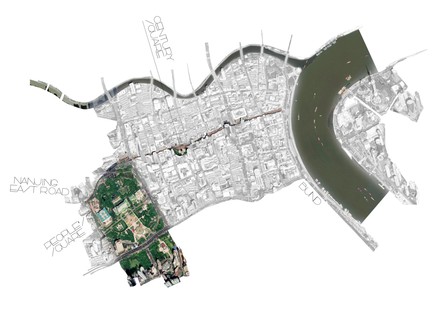 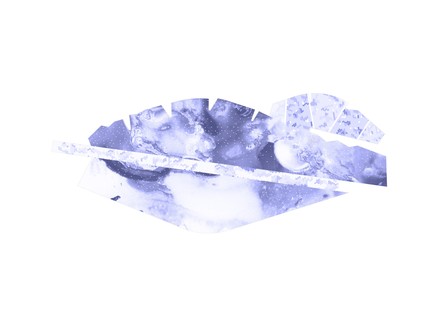 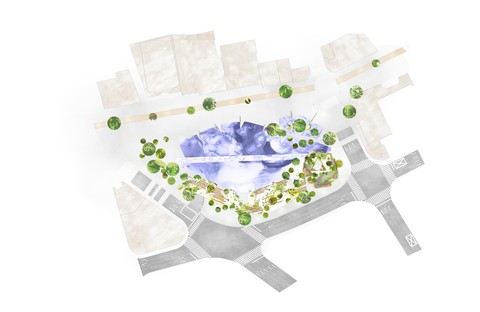 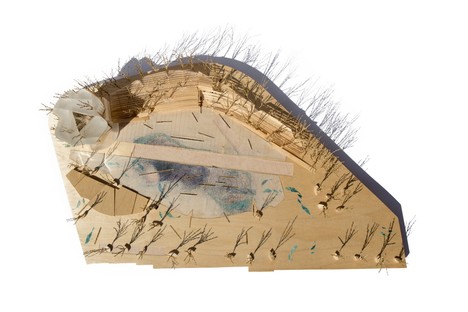 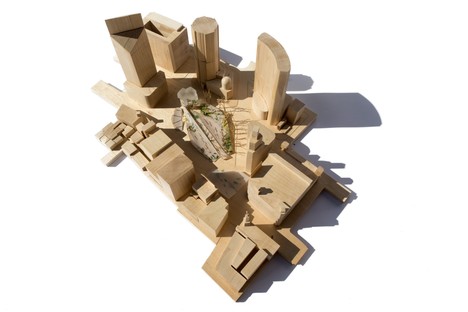 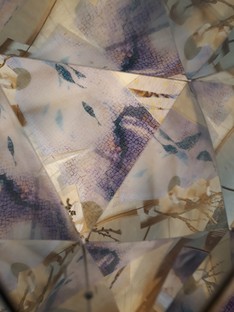 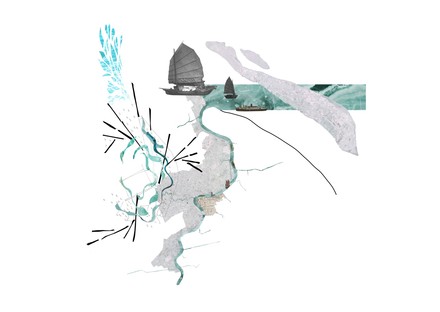 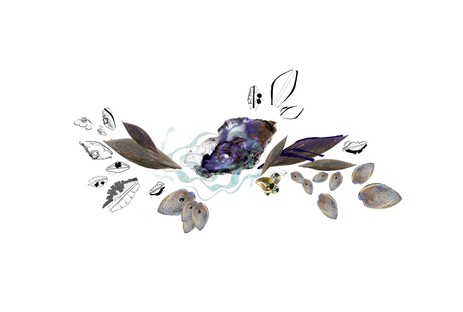