What is the best gift for a designer? Designing for oneself, in complete freedom, with no constraints other than self-imposed ones. And so, after a dizzying rise to success in the past few years, Ignacio Cadena’s team designed its own new offices, in which every little detail is inspired by the established identity of this vibrant, eclectic studio. 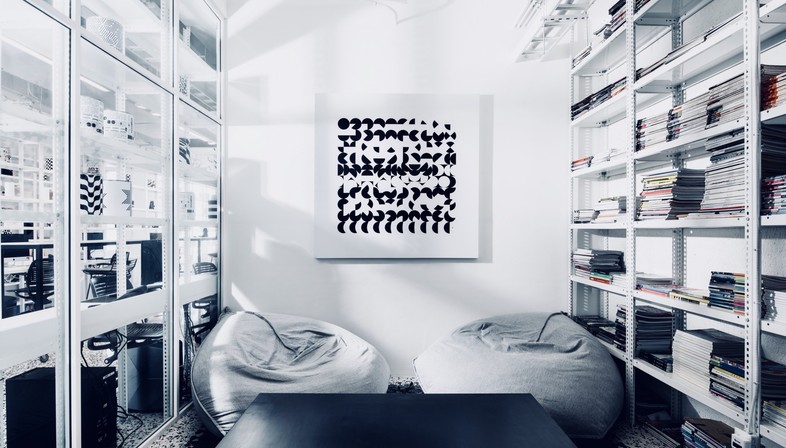 Floornature has already discussed C+A, Cadena Asociados, originally from Mexico but successful world-wide, several times. The first time was in 2014, with "Hueso", a restaurant in Guadalajara they decorated with 10000 white bones, earning it instant world fame. Their style has been refined over the years, coming up with a precise method of design broadly based on graphic and visual stimuli and on the use of props, as if they were creating a stage set in every space they design, with a very bold initial concept. Of course, when the time came to design their own offices, all this became an essential part of the plan. 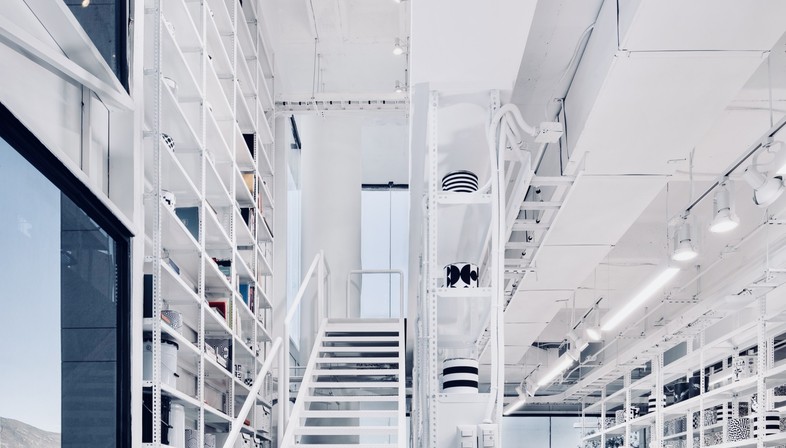 The new Cadena Concept Design headquarters in the industrial zone of Monterrey, Mexico occupy a total of 300 sqm on two levels, organised so that the creative idea takes concrete form in facilitated use rather than in hollow aesthetic claims. “Our new offices were carefully designed to make function and concept speak one single language,” says the work team. But let us proceed in order, starting with the concept. The basic idea inspiring the project is that designers are scientists, capable of reflecting and calculating, and intuitive beings at the same time, so that the creative impulse can overturn the rules. This vision of the figure of the designer is reflected in two specific design choices, the choice of colours and materials, reflecting the dualism of the concept. The only colours admitted are black and white, with a marked prevalence of white over black for reasons of light and image, while the two materials used extensively but not exclusively in the project are metal, in the structure and furnishings, and terrazzo, in the flooring and some of the vertical coverings. 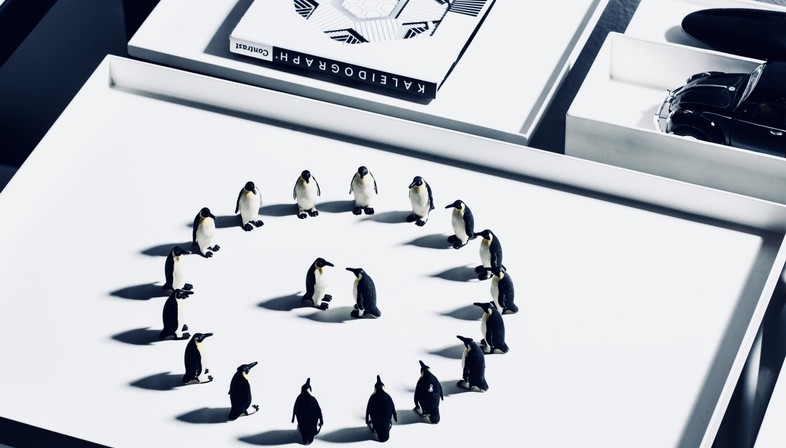 This bichromatic condition was implemented through a set of rules which, in the end, create a "macro-perception" of space as a consistent whole with a bold identity, but also makes it possible for the people who will be using the workspaces to create their own little "micro-universes". These spaces are occupied by a multitude of large and small props, populating the whole office: ” You can create your own micro-cosmos as long as the objects are black & white”. In this way the office becomes a container for employees’ own personal worlds, and these worlds symbolise the beauty, quality and know-how of the spirit of every individual, who however is still connected to all the others through the collective identity of the space as a whole, with its set of rules and its dualisms. 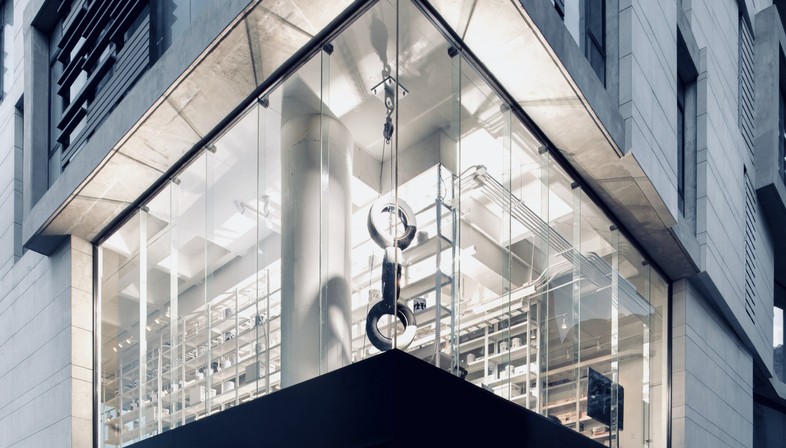 In Ignacio Cadena’s concept, black and white are, in the end, no longer two separate entities, two incommunicable ideas. They become two parts of the same substance, balanced, “like yin and yang, hot and cold, good and bad, past and present, light and dark”. Two parts that are intimately connected by a series of codes, desired and accepted by all the people who populate the space, human beings who collide in the same workspace, completing one another. This is why C+A works so well, because it legitimises individual realities and differences, while maintaining an atmosphere of inclusion with shared rules and goals. In other words: dignity and freedom of expression. 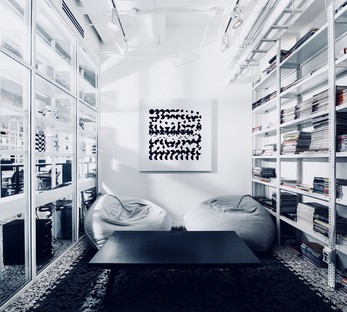 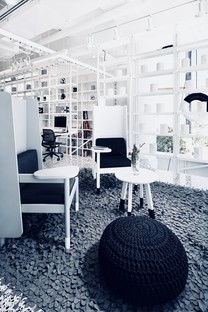 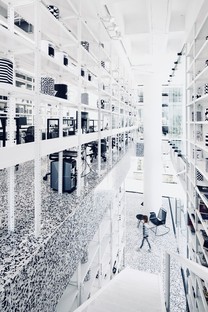 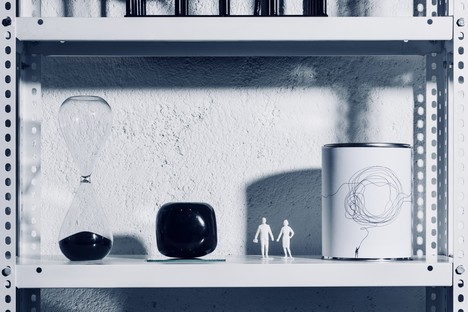 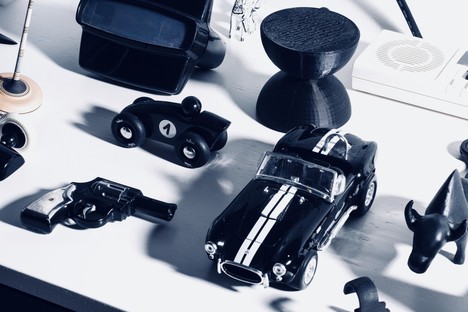 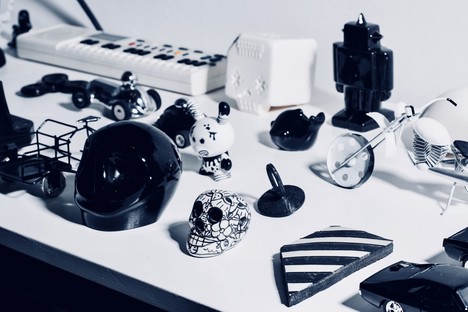 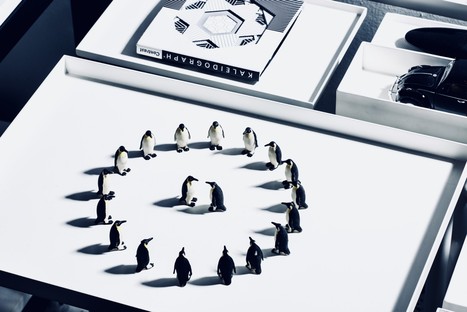 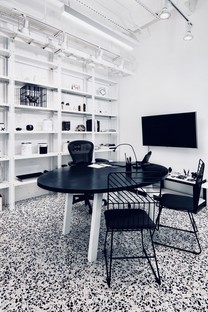 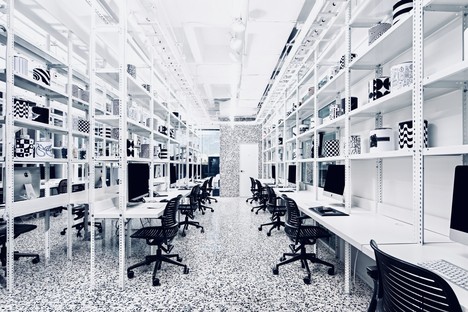 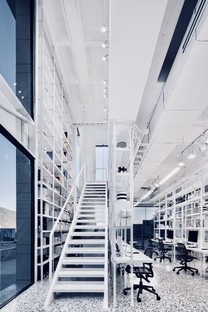