MAP Studio - Magnani Pelzel Architetti Associati has designed the restoration and refurbishment project of the former Greenhouses of the Querini Park, one of the city of Vicenza’s main green lungs. With a contemporary language and respectful of the pre-existing elements, the MAP studio has created a project where new and old elements manage to establish a close and mutually-enhancing dialogue. The greenhouses of the Querini park in Vincenza, dating back to the 19th century, have come back to life with the restoration and refurbishment project designed by MAP Studio - Magnani Pelzel Architetti Associati.
Originally, the green area formed the garden of a nearby noble palace, Palazzo Capra and later Querini, and became public starting from the 1960s. The park extends over an area of 120,000 square metres in the north-eastern sector of the Venetian city’s historic centre and is framed on two sides by the banks of the Bacchiglione river and its tributary Astichello, and on the third side by the outline of the old Venetian walls in Viale Rodolfi.
The Querini park is one of the main green lungs of the city, an open-air museum where various species and centuries-old plants grow, together with a number of characteristic architectural structures such as the classically-built monopteros temple and the old greenhouses, all constructed in the 19th century. The restoration involved the hot and cold greenhouse and the seedbed, abandoned structures with some parts reduced to a state of ruin.

The intervention carried out by architects from the MAP studio therefore, first and foremost, required a recovery and conservative restoration of the ruins due to their historical and cultural importance and in relation to the architecture of the gardens. The restoration of the original structures was further complemented by the need to adapt the greenhouses to the new cultural and educational activities planned for the site, thus introducing new elements, designed and built based on a contemporary language. As described by the architects, the project designed by the MAP studio therefore consisted of three main areas of intervention: the recovery of the original volumes of the greenhouses through the construction of a new roofing with a metal structure; the recovery of the volume of the turret with the addition of a new level as well as the construction of a new metal walkway to provide better accessibility from the north entrance of the park; finally, the definition of the secondary functions relating to the park, such as a refreshments area and new toilets, needed for its urban use. By inserting light structures for the functional adaptations of the site and recovering the existing elements, even in the parts where these had been reduced to a complete state of ruin, the architects have created a project where new and old elements are able to establish a close and mutually-enhancing dialogue. 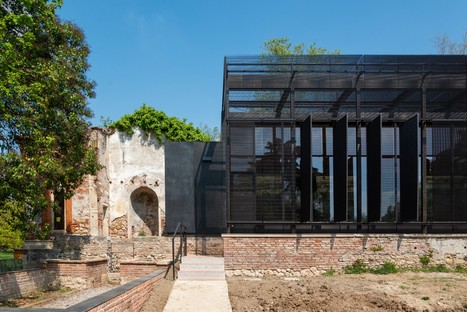 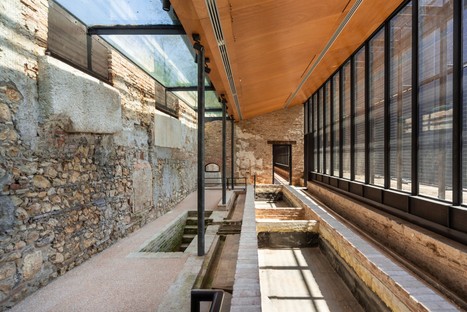 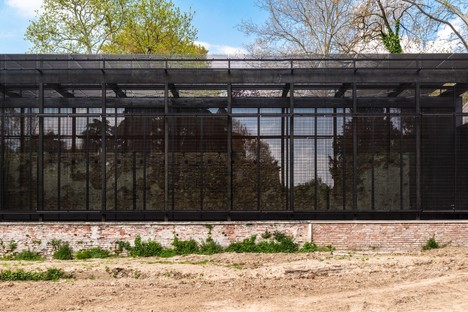 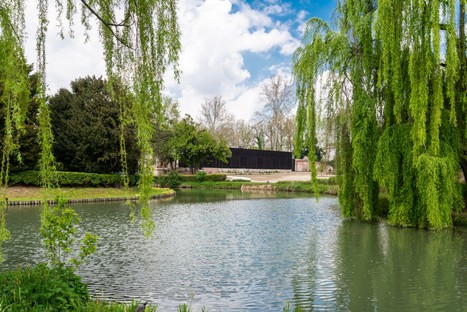 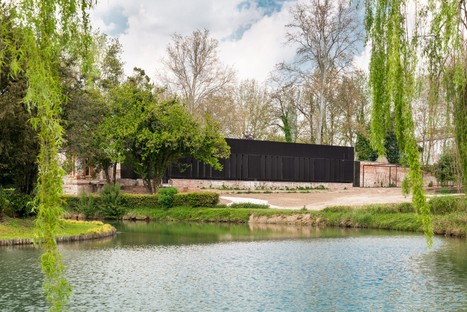 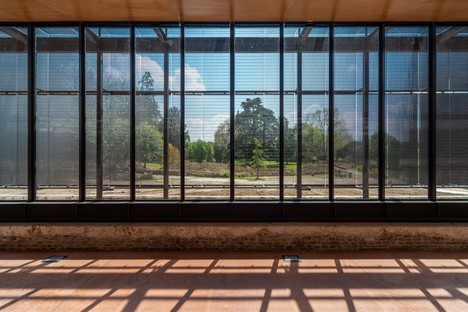 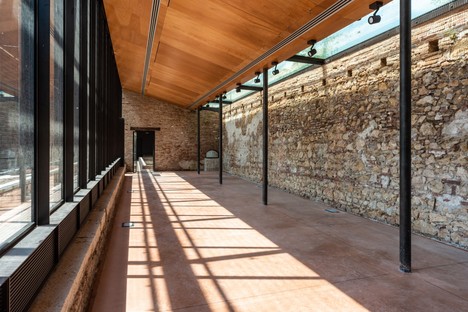 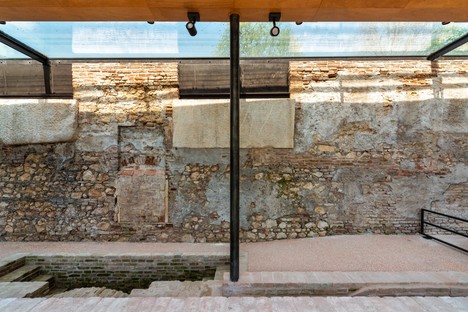 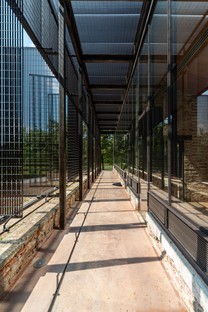 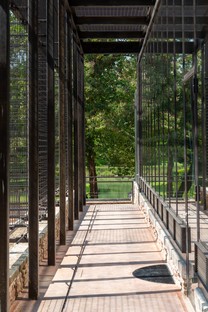 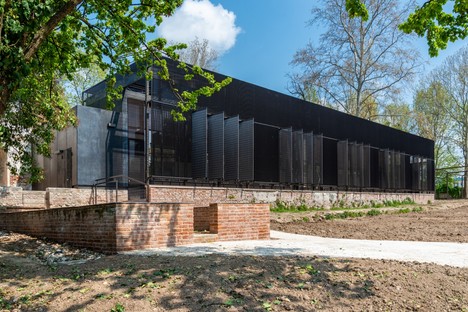 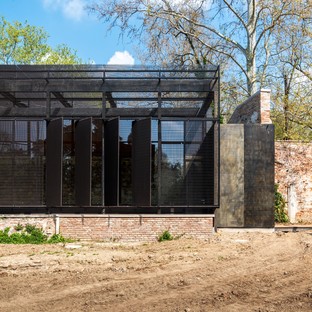