The new main façade of the Cinema Alesia in Paris, recently renovated to plans by Manuelle Gautrand Architecture, invites the public to go right into the image, in an immersive experience featuring today’s most advanced cinema audio and video systems. 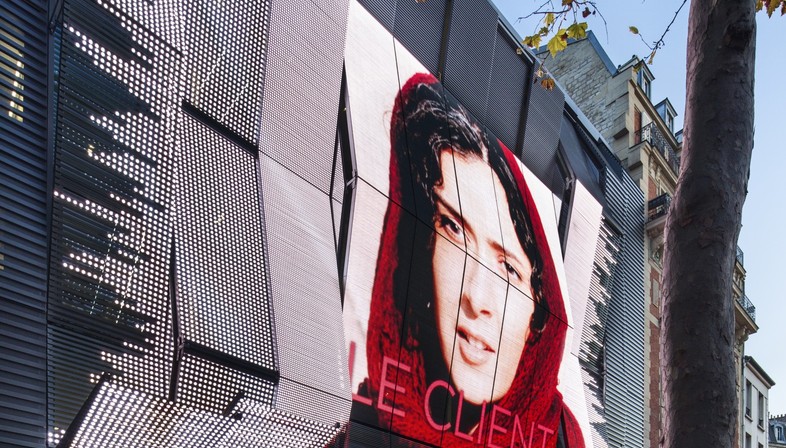 Manuelle Gautrand Architecture renovated the Cinema Alesia in Boulevard Général Leclerc, Paris. An opportunity to completely overhaul the image of a city cinema, inviting the public to go right into the image. 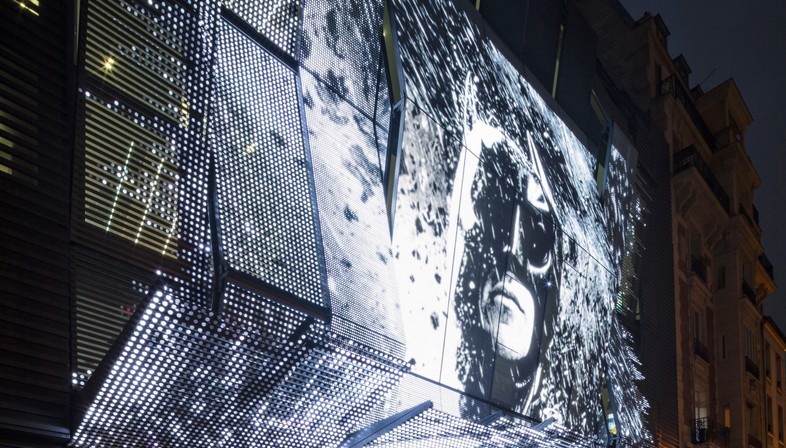 A long, rich history accompanies the evolution of the Gaumont Pathé group’s Cinema Alesia, a building constructed in 1921 out of reinforced concrete, a novelty at the time, containing a single big hall with 2800 seats. The building has been repeatedly transformed over the years, becoming a multiplex cinema, and the technical facilities and projection equipment have been adapted to response to the evolution of film. These transformations have affected the façade, giving the cinema a new identity with the recent project by Manuelle Gautrand Architecture.

The 21st century cinema permits an immersive experience with advanced audio and video systems. At Cinema Alesia, the walls invite passers-by into the cinema. The façade plays a key role in the project thanks to its size: a surface of more than 500 sqm visible from the street. The architects broke it down into twelve vertical strips which, like pleated strips of ribbon, zig-zag along to rise up in the lower part and form a large roof inviting passers-by to enter the cinema.
In the middle part, the glass façade is covered with led bars which can be animated in a variety of different ways. Leds also play an important role as a sunbreak and add rhythm to the façade, picked up in turn by the metal panels completing the covering of the façade at the top and sides. 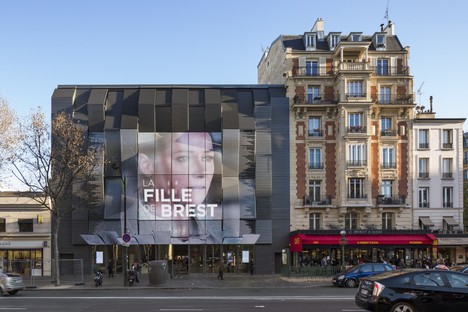 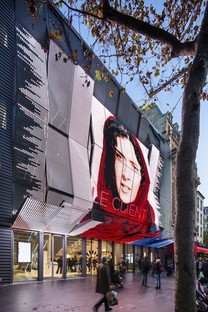 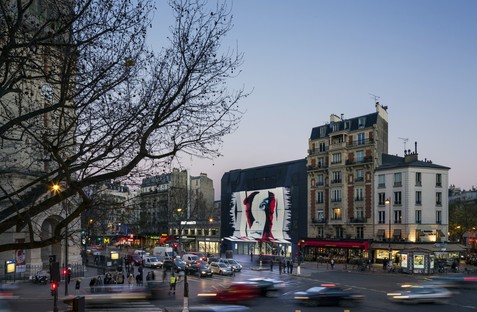 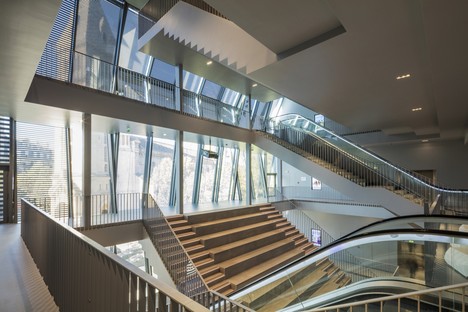 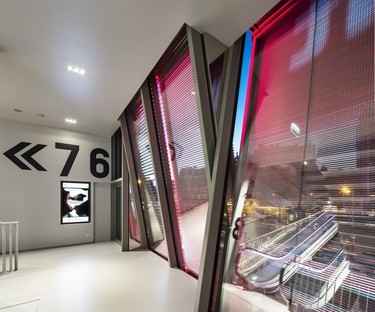 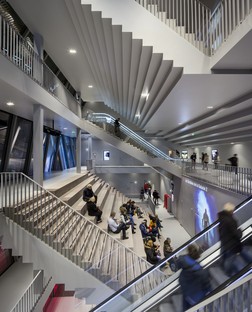 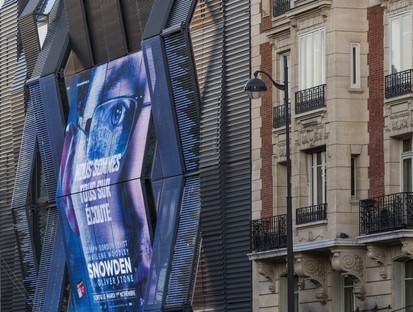 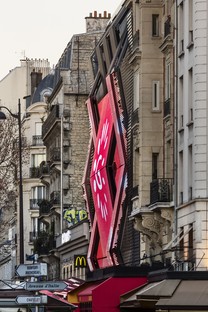 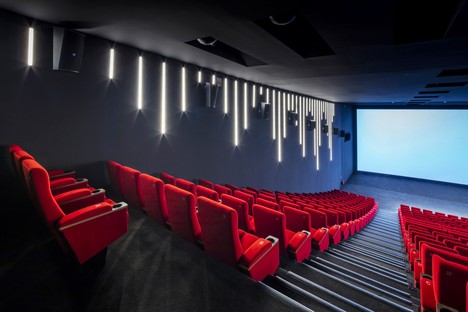 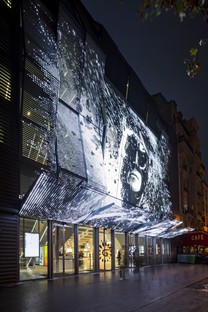 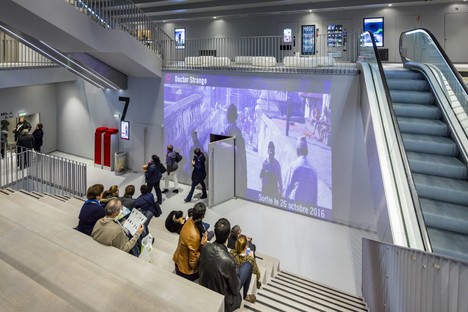 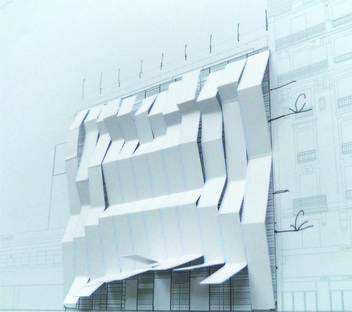