Kengo Kuma has given the city of Shanghai his new reflection on the theme of the skyscraper. In his recent Hongkou Soho office tower, Kuma experiments with the concept of architecture as dress, in search of dynamism and lightness. The structure of the Hongkou Soho is covered with an aluminium mesh of vertical elements. 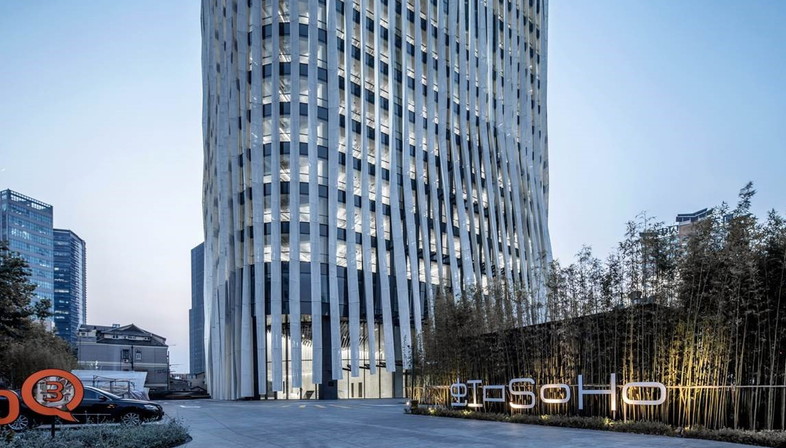 Kengo Kuma has given the city of Shanghai a new skyscraper, working on the skin of the building and transforming it from a static element to a project with a dynamism of its own. The Hongkou Soho is an office tower more than 130 metres tall, located in the district of the same name in the Chinese megalopolis, where the horizon is already dotted with concrete and glass skyscrapers, materials that are already familiar for their recurrence in photographs of western cities. The owner of the building is SOHO China, a big property developer that has worked not only with Kengo Kuma but with other world-famous names in architecture such as GMP and Zaha Hadid on construction of countless office complexes in China.
In typological terms, the skyscraper is a symbol of the twentieth century, but in a different way, it is both a symbol of contemporary architecture and a victim of the widespread standardisation of construction and figuration that is making the megalopolises of the east and west all much alike. In Shanghai, a city known for its skyscrapers, Kengo Kuma seems to want to reflect on the search for a new synthesis, a new image that breaks away from the concept of verticality as a series of overlapping planes. Kuma does not introduce any structural innovation, continuing the tradition of the structure made up of concrete floor slabs and glass walls, but he creates a new dress for it, a new image bordering on the territory of graphic design, with which to attract the attention of the public. The solution he adopts in the Hongkou Soho is a “cloak” of aluminium, strips of white metal covering the entire tower, with a vertical orientation from the point of connection with the block containing the lobby up to the last of the 29 floors in the building. Close-up we may see that it is not actually made up of lines, but of multiform three-dimensional elements which, positioned on the building’s surface, revolve on themselves, adding to the dynamism of the whole. Kuma designs the strips as broken, each different from the other in terms of the angle and cross section at the same point, seeking to recreate the natural look of hanging strips of fabric. The covering is anchored to the building’s structure by metal arms covering the entire extension of the façades, concealing their presence and creating the impression of a series of lightweight surfaces that float in the breeze.
Kuma says of the project: “The public space is also like a creature’s skin”. But one might also say, inverting the roles, that the skin of a building is its public component. Here Kuma assigns it great importance, to the point that the project could be said to arise within its skin, or its dress, in the way the architectural stage attracts the eye of the onlooker, the user, the passer-by. And the operation of covering as a way of underlining forms continues inside, where the aluminium mesh takes on the appearance of a soft, protective belly, in the lobby and on the floors where the offices are located, completely altering its impact.
The project won Kuma the first China Tall Building Award. 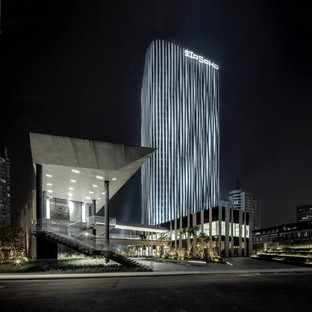 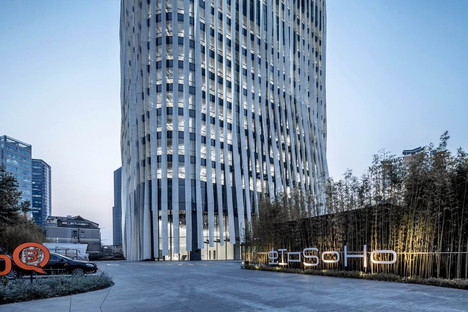 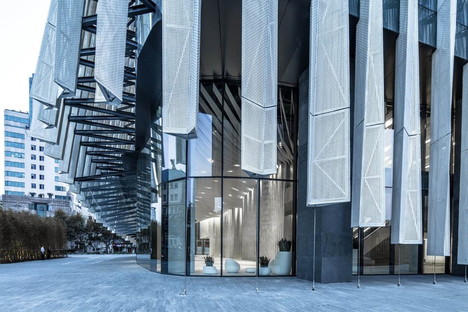 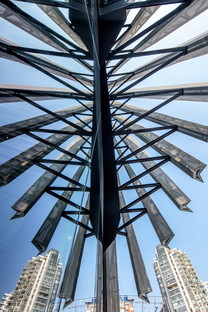 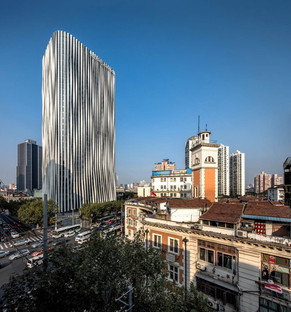 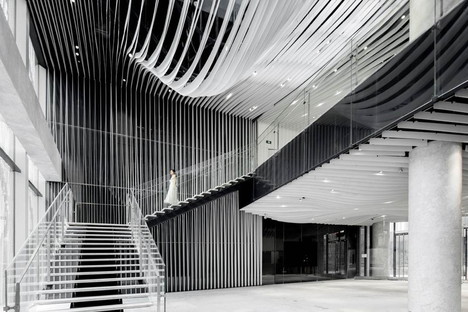 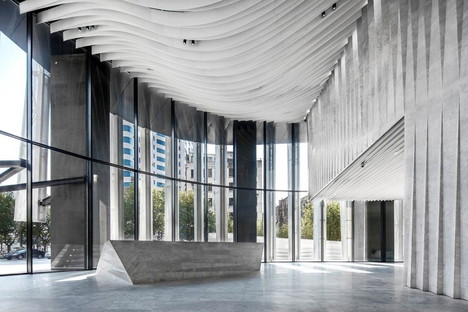 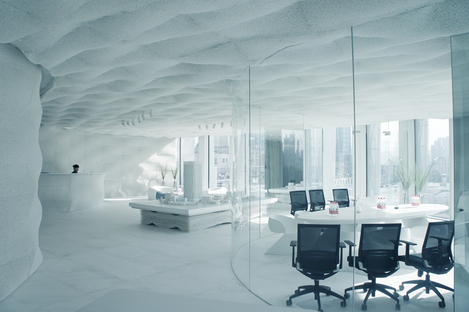 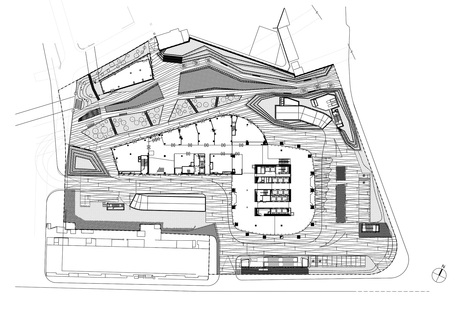 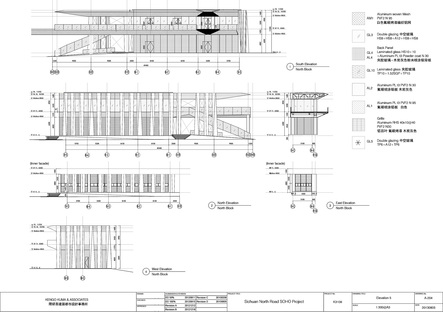