The poetic garden designed by Japanese architect Junya Ishigami has won another award. The Art Biotop “Water Garden” has been presented with the first Obel Award, an international architecture prize awarded by the foundation of the same name to increase awareness among the public of architectural projects all over the world that make a contribution towards the common good. 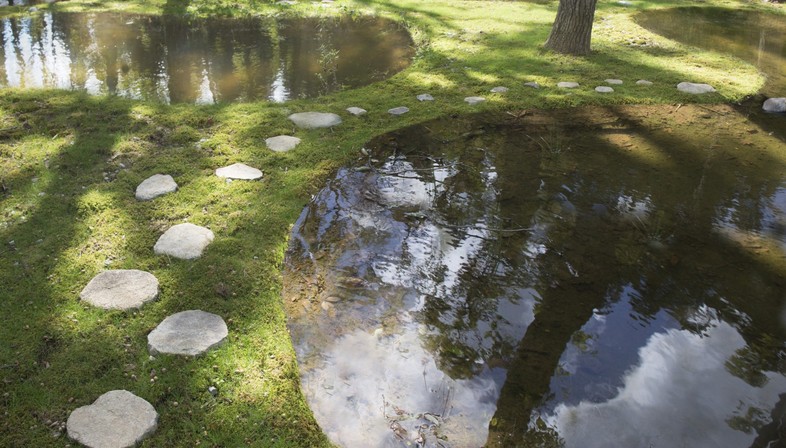 On 22 October 2019 the Utzon Center in Aalborg, Denmark saw the presentation of the first Obel Award to the Art Biotop “Water Garden” by Japanese architect Junya Ishigami. The Obel Award is a new international architecture prize offered by the Henrik Frode Obel Foundation to focus public attention on architectural projects all over the world that make a contribution to the common good. The panel of judges includes architects Martha Schwartz (founder of Martha Schwartz Partners, USA, chair), Kjetil Trædal Thorsen (co-founder of Snøhetta, Norway), Louis Becker (design principal and partner in Henning Larsen, Denmark), and Dr Wilhelm Vossenkuhl (professor emeritus in philosophy, Germany), with the addition on October 22 of Chinese architect Xu Tiantian (director and founder of DnA, Beijing, China). 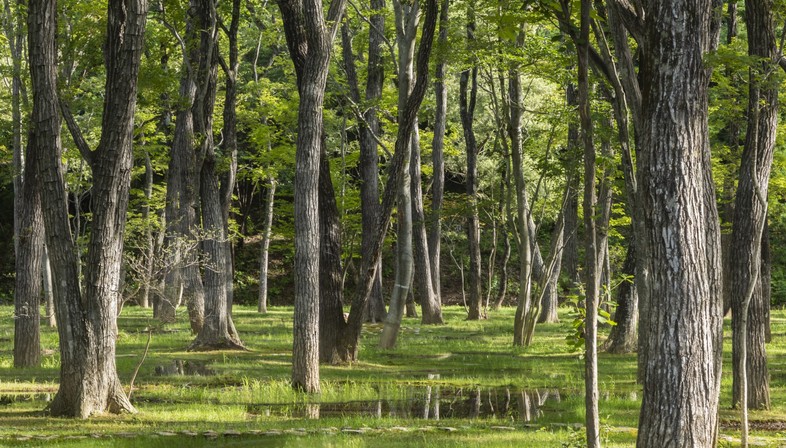 The Art Biotop “Water Garden” designed by Junya Ishigami+Associates is a botanical garden in Japan’s Tochigi prefecture. Junya Ishigami creates a “built landscape” using the natural elements at his disposal, such as trees and water, as his construction materials.
The jury led by architect Martha Schwartz emphasises how Junya Ishigami has drawn new boundaries between architecture, landscape architecture, art and environmentalism. The Japanese architect has repeatedly said that his projects seek a new meeting-place between architecture and nature, working with the subtleties of the boundary between the natural and the built landscape that has always fascinated planners. The garden is notoriously an artificial construction in which the landscape is modelled and modellable by humans, even though it is a living “organism” made up of natural elements and as such changes over time, growing and changing according to its own internal dynamics. The Art Biotop Water Garden is all of this: it looks like a natural forest, but is for all intents and purposes an architectural project pre-planned and created out of nothing. The area was in fact at one time occupied by rice paddies. Using a technique borrowed from the technology used to flood rice paddies, Junya Ishigami has created a series of little pools with curved and rounded shapes. A stream runs by the area, and the architect has also governed the way it flows between the pools to create different sounds with water flowing at different speeds. 318 trees were transplanted into the marsh, different species dug up from a nearby site where a hotel is now being built. The project is therefore actually quite invasive and manipulative of nature, even if for a good cause; despite this, Ishigami’s ability to work with the observer’s emotions and sensations and construct a landscape that is beautiful and poetic has given rise to what appears to be a little masterpiece of nature. In their motivation, the judges pointed out that the architect has managed to “ act with imagination, bravery, and respect. The project demonstrates how we can interact with and make our imprint on nature without destroying it. In this sense, the Art Biotop Water Garden is a seminal contribution to the fields of architecture”. 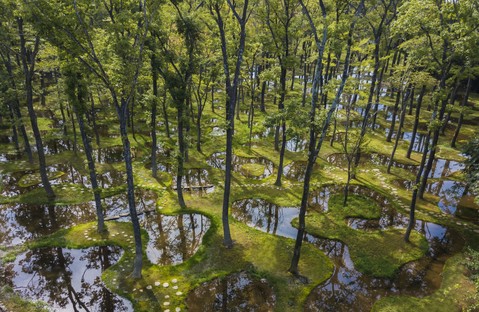 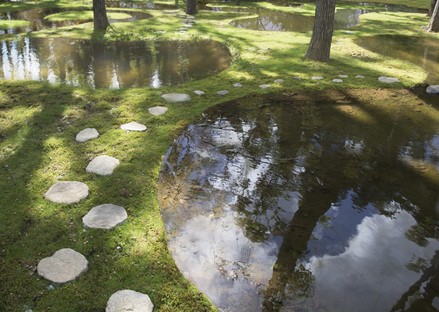 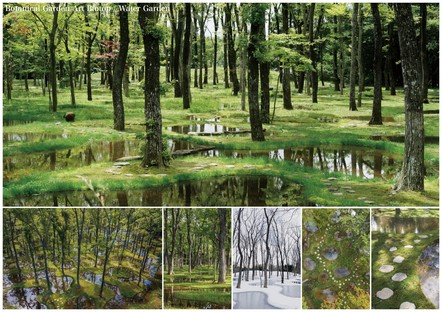 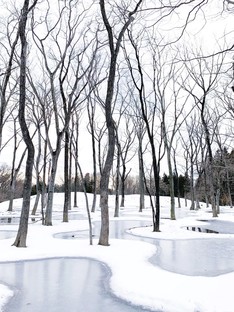 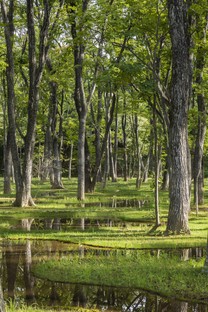 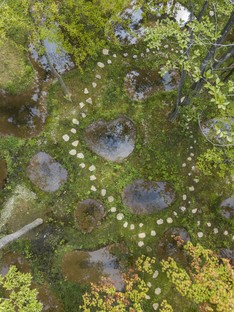 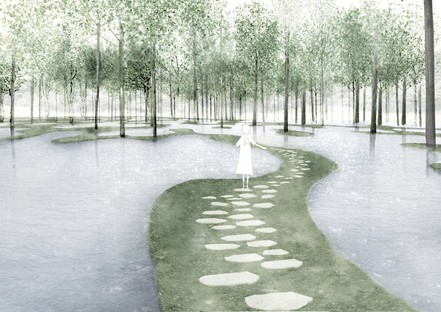 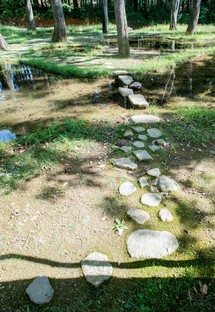 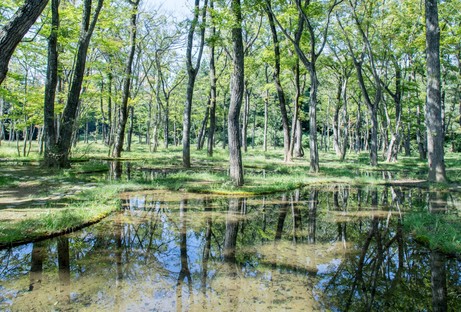 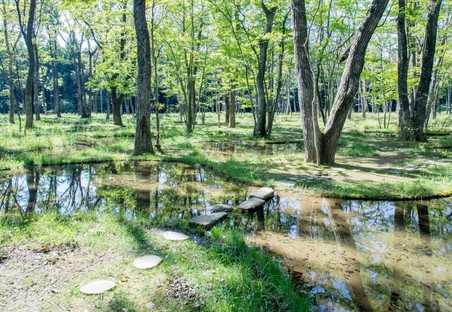 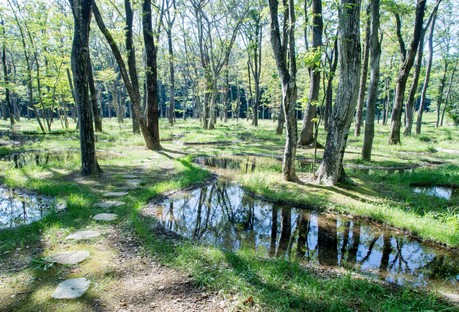 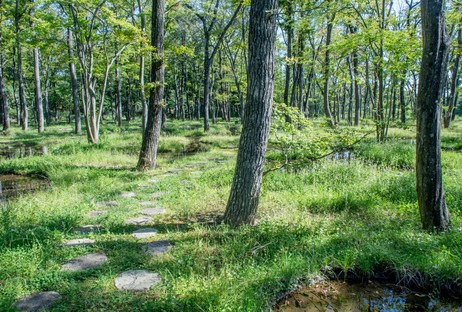 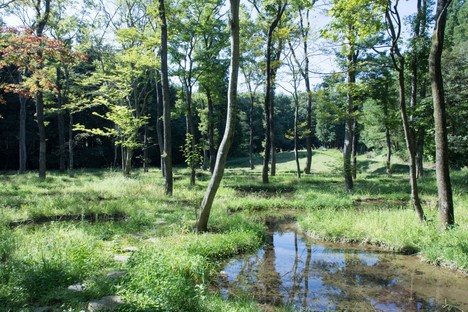 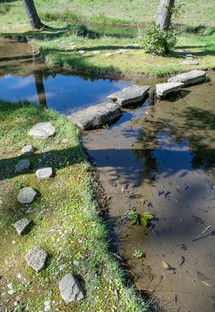 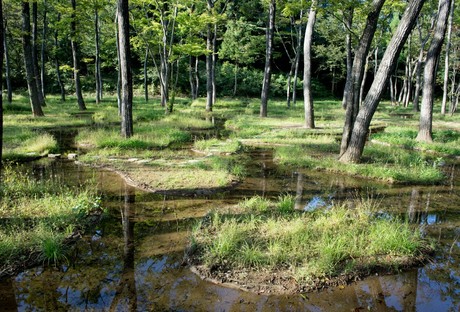 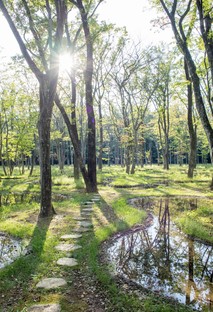 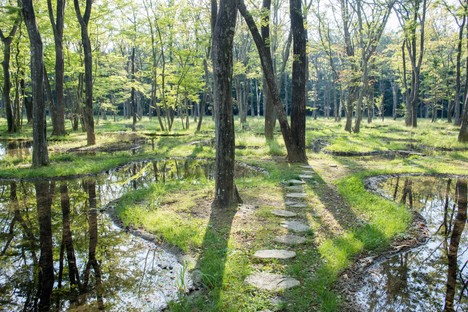 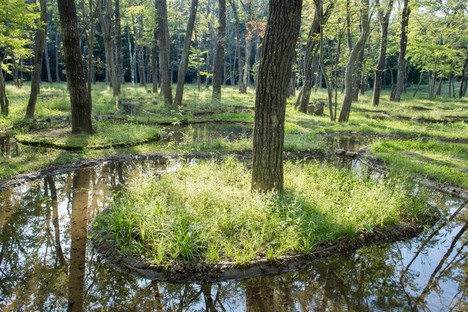 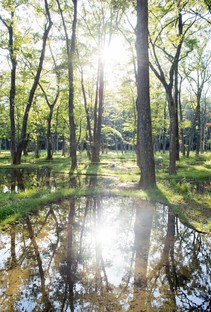