JKMM takes a radical approach to the expansion of the Amos Anderson Art Museum in central Helsinki. JKMM has dug out the space for the new Amos Rex museum underneath the square behind the Lasipalatsi, a Modernist pavilion built in 1936, now rediscovered and renovated as part of the Amos Rex project. 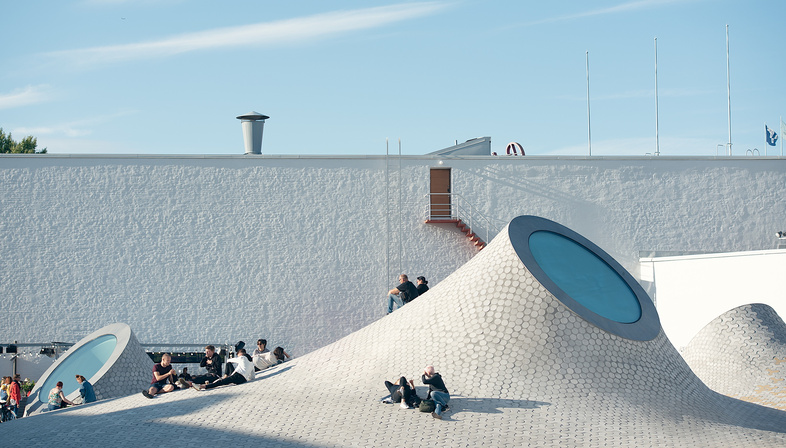 Helsinki’s lively central Kamppi and Kluuvi districts now have a new museum, inheriting and moving forward with the work of the Amos Anderson Art Museum, located only a short distance away in Yrjönkatu. Amos Rex is the name of the new underground museum designed by Finnish studio JKMM and built underneath the Lasipalatsi, a pavilion built in functionalist style in 1936 that still contains restaurants, shops and a cinema.
The location is right in the middle of the city, and every way we turn we see a piece of Helsinki’s history, such as the Stockmann department store in Art Deco style on Mannerheimintie, Steven Holl’s Kiasma museum to the north, K2S’s Kamppi chapel to the south, Johan Sigfrid Sirén’s neoclassical parliament building and, just beyond it, Alvar Aalto’s Finlandia Hall made of Carrara marble.
The desire to take advantage of this new project as an opportunity to draw attention to the city in the world of culture is clear in the museum’s bold architecture, which apparently hides only to appear with all the power of its media. When the project was first imagined, in partnership with the municipality, which provided the land, one of the most pressing issues was the conformation of the site, located behind the Lasipalatsi pavilion, a U-shaped complex built on pillars embracing a square which was at that time empty, despite its great historic significance. This is the site where military parades were held, the former location of barracks in neoclassical style, destroyed in the civil war that gained Finland its independence from Russia a century ago. Leaving the square empty represented a tangible memory of the past, but the need for a place to hold exhibitions and cultural events called for a radical solution, and JKMM transformed the square into a big roof with a 6230 square metre exhibition gallery below it. The idea of building a roof with skylights, which are the vaults of the underground rooms, gives concrete form to the museum’s relationship with the city, between its cultural present and the events of its past, between the time of contemplative experience and the passage of time outside. On the square, around the Lasipalatsi tower, which now bears the museum’s logo, are decorated cement domes a few metres high of different shapes and sizes, all culminating in round skylights extending out toward the open space. These are in actual fact tunnels that capture light and take it into the underground exhibition spaces while at the same time allowing passers-by to glimpse the interior. People who used to simply walk across the square now stop, recline on the gentle artificial slopes in the sunshine, sit down or play. What used to be an empty square has become a new city park, a welcoming meeting-place that makes the most of its civic vocation.

In terms of the layout of the museum interior, the structure of the big domed skylights made it possible to construct a 2,200 square metre hall without columns, creating a flexible, dramatic exhibition system.
The entrance to the Amos Rex is across from the Lasipalatsi on Mannerheimintie. A staircase in the entrance hall leads to the upper level and the foyer of the Bio Rex Cinema and Auditorium, restored by JKMM as part of the Amos Rex project with the goal of restoring the building to its original appearance, with the finishes, wall colours and furnishings of the thirties. Creation of the new museum space offered an opportunity to rediscover this pavilion, built for the 1940 Olympics (which were postponed until 1952) and originally intended to be merely temporary, a multi-purpose building in which young architects Viljo Revell, Heino Riihimäki and Niilo Kokko designed every little detail: from the light fixtures to the furnishings, from the upholstery to the tableware, in a total work of art in the spirit of Finnish Modernism. 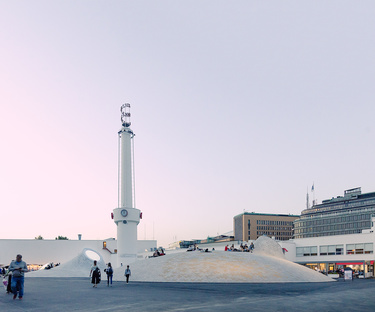 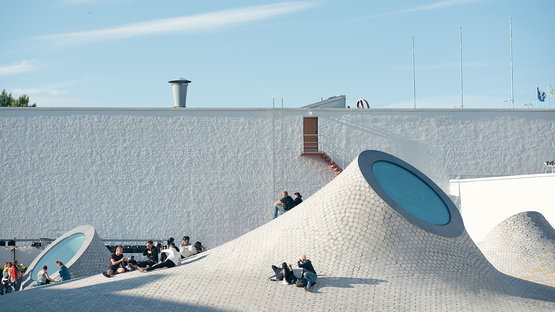 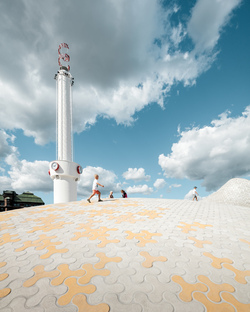 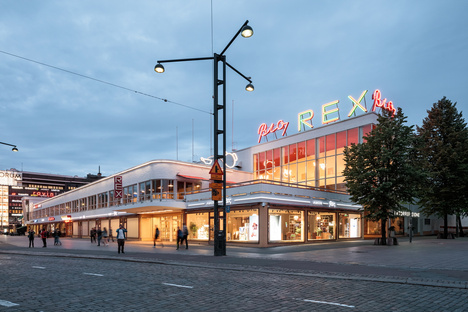 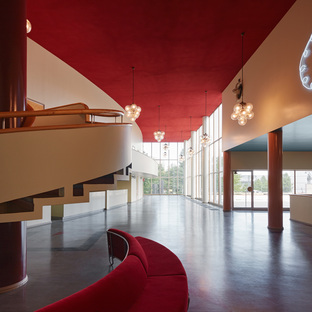 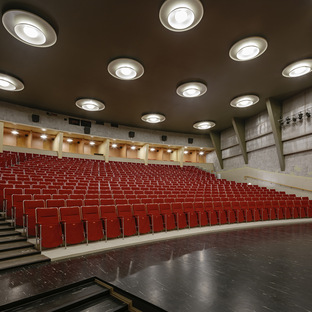 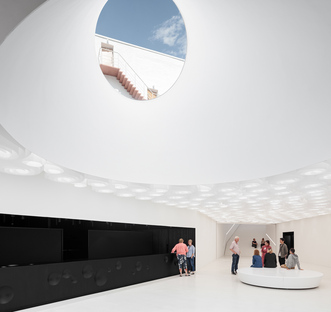 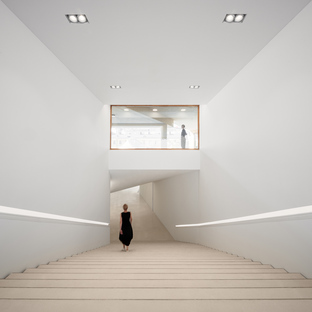 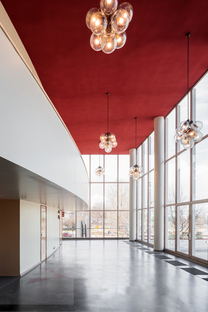 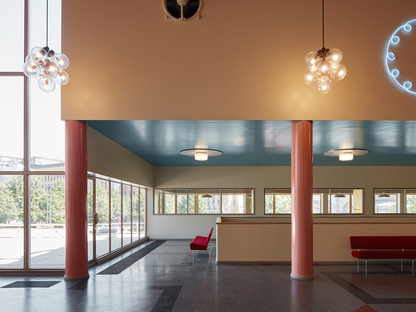 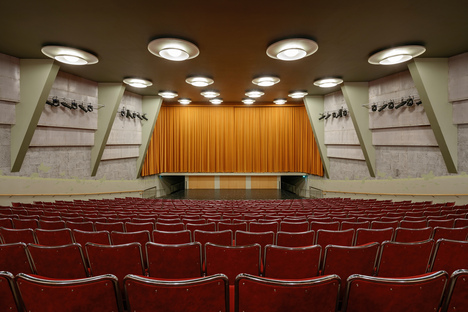 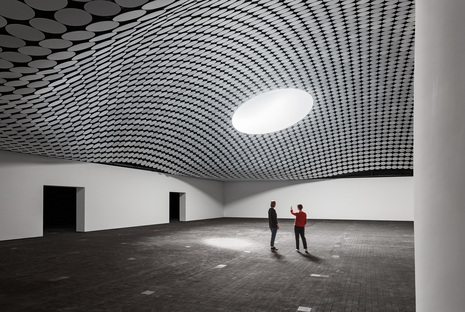 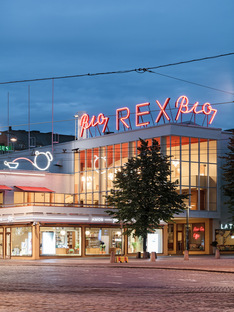 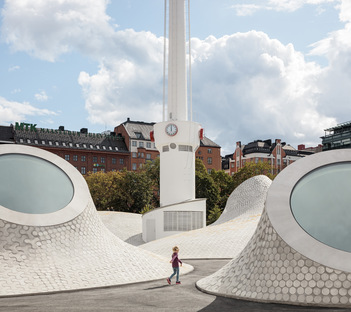 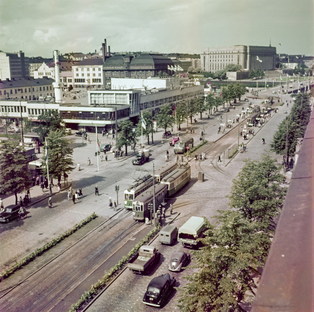 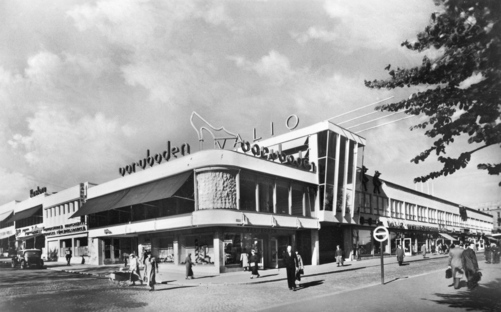 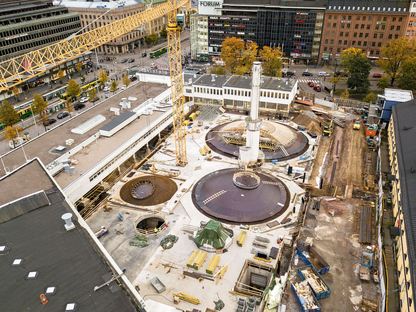 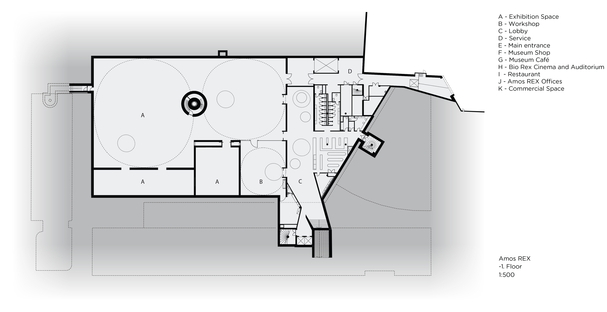 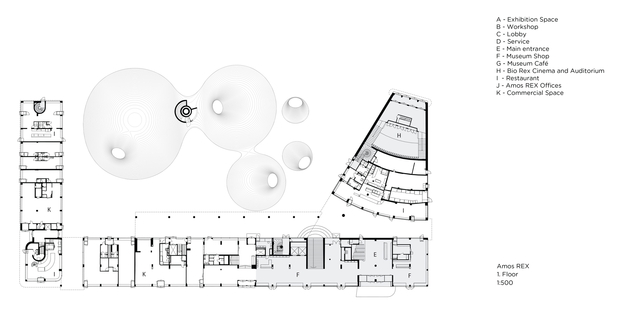 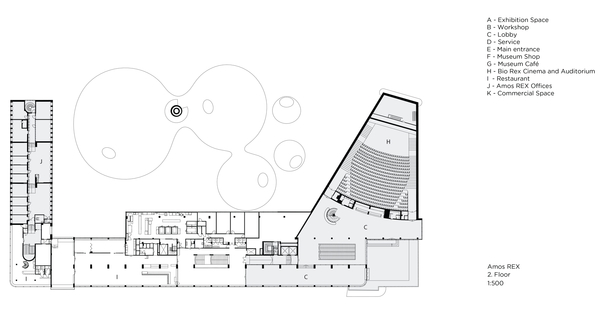 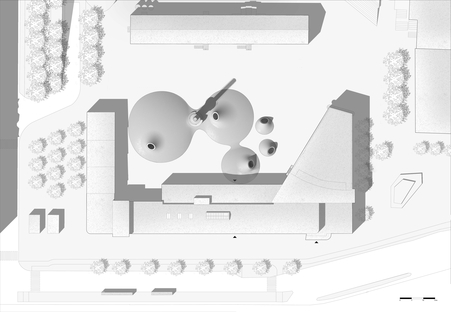 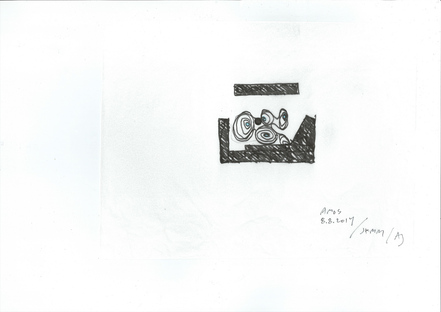 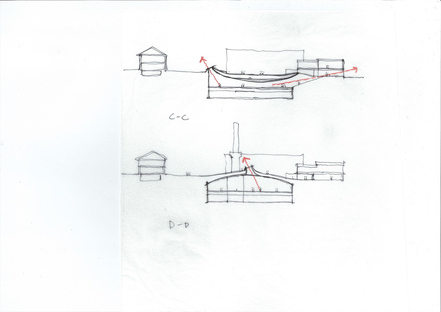 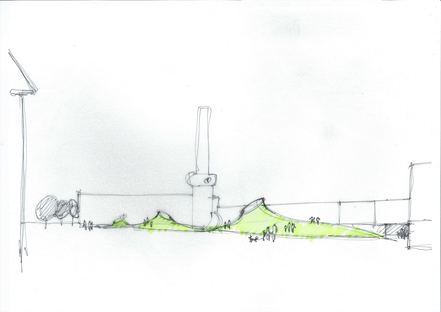