House in the Chilterns: In the footsteps of Mies Van Der Rohe

Lazzarini Pickering architectural studio renovated a house between Oxford and London, drawing inspiration from the work of Mies Van Der Rohe. The volumes that stand out against the English countryside establish a dialogue between the old traditional cottages and contemporary architecture. 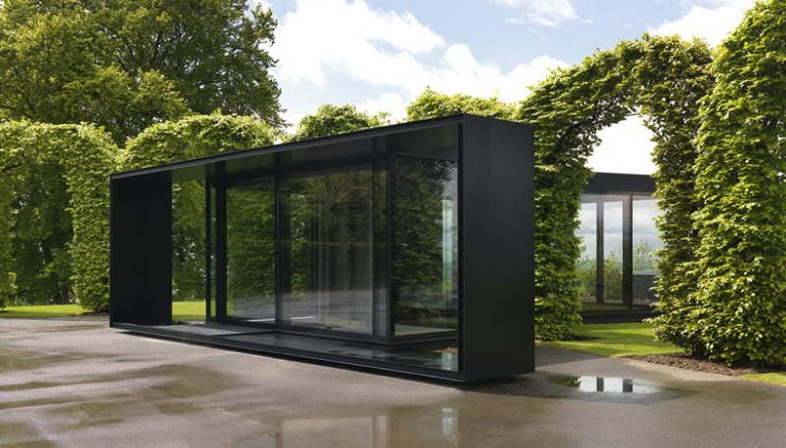 Mies Van Der Rohe’s architecture provided the inspiration for Lazzarini Pickering’s design concept for this house. The building in the Chilterns, between Oxford and London, was a typical early twentieth century English home. What the architects did was demolish the house and rebuild it, maintaining the original central core.

This core, with its square floor plan, acts as a hinge for two rectangular volumes which stand out against the garden around them, seeking to achieve osmosis between inside and outside through the big windows. The entire building seems to float over the lawn, resting on an overhanging foot.

As in many of Lazzarini Pickering’s projects, transformability plays a key role in the structure: mobile metal panels modulate the continuity of the windows and can make them three-dimensional when needed. In the same way, the interiors are continuous, though the people who live in the house can close them off with sliding walls.

A number of items of furniture were designed specifically for the house, which also contains various antique and vintage pieces. The sofa, for example, is modulated on the basis of the existing floor plan of the home’s original central core, interpreting the spaces in a convivial way. 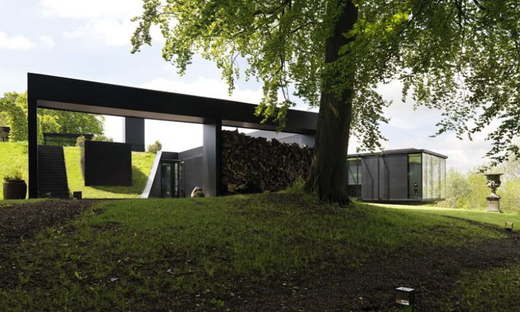 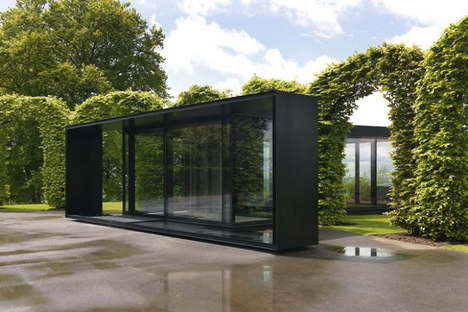 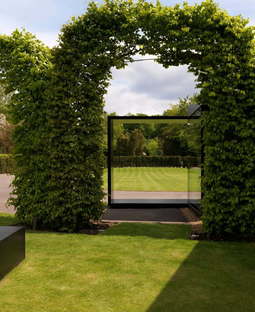 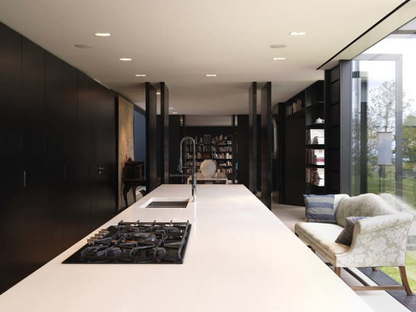 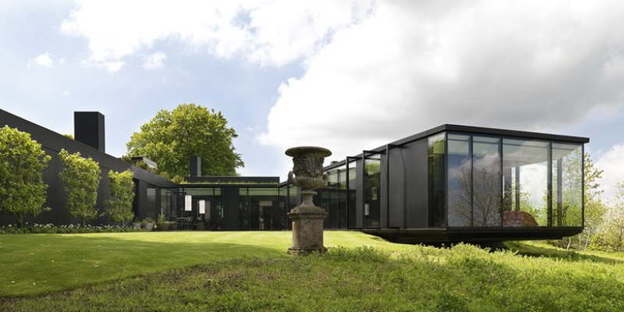 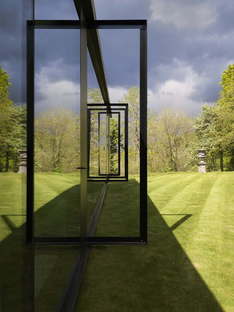 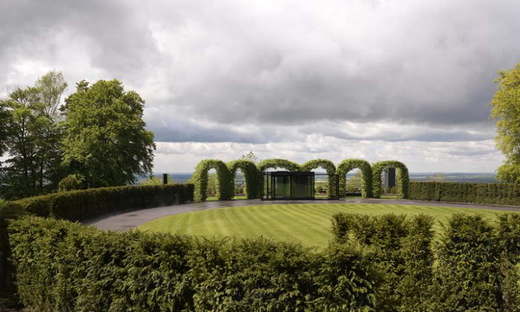 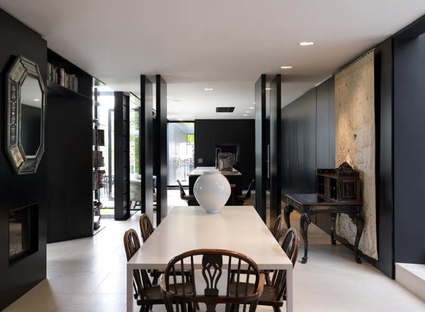 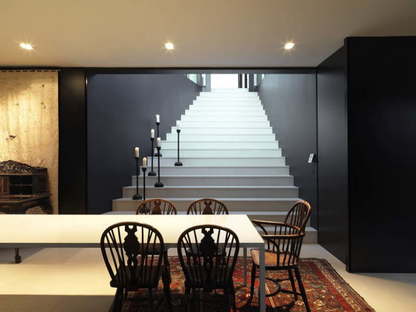 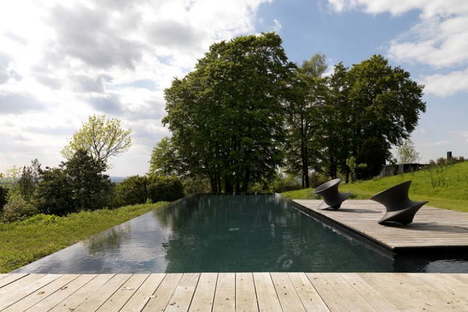 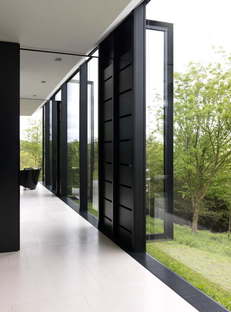 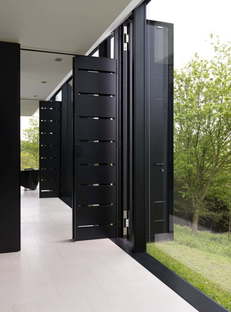