In Rome, in the elegant Parioli district, architect Giorgia Dennerlein and her studio Loto Ad Project have designed the interior of a private residence in a 1950s building. In the 260 square metre flat, the architect has redefined the rooms by expanding the available space. A number of brightly coloured pop furnishings have been included as breaking elements in the rationalist style that governs this residential interior. 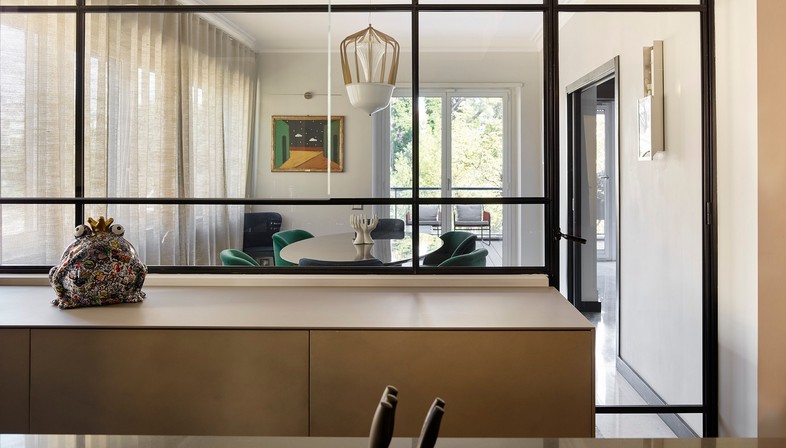 Loto Ad Project, the company of architects, designers and interior designers, founded by Gorgia Dennerlein, has completed a new residential project in Rome, in the Parioli area, called Valle Giulia. The interior project involved a 260 square metre flat located in an elegant 1950s building that has been transformed into the family residence of a young Roman entrepreneur, luxury boutique hotel owner and art collector. The residence still retained its original layout, with a large entrance hall from which a narrow distribution corridor led to the other rooms of the house. The architect Giorgia Dennerlein, interpreting the client's needs, redefined the rooms by expanding the available space and transformed the residence into a space that is both useful “to welcome” and representative of the entrepreneur's business. In redefining the apartment, the entrance hall forms one large room with the living area and becomes the central space of the house, connecting the living and sleeping areas. The narrow distribution corridor has been widened and the open kitchen, enclosed by large glass walls, opens onto it. The definition of the different functions and spaces in the living area is left to the furniture and floor changes. There are various works of art and designer furniture, including elements designed by Loto Ad Project itself. The interior design focuses on enhancing and reusing some pre-existing elements such as the original flooring in the living room and kitchen area. Some original furnishings and lighting from the 1950s are enhanced through a skilful play of contrasts created for this project by the Loto Ad Project studio. Indeed, the elements with a strong pop flavour and bright colours, incorporated by architect Giorgia Dennerlein, provocatively break with the rationalist style that seems to govern interior design, and contribute to making the house “an eclectic 'container of spaces' and works of art characterised by contrasting styles”. 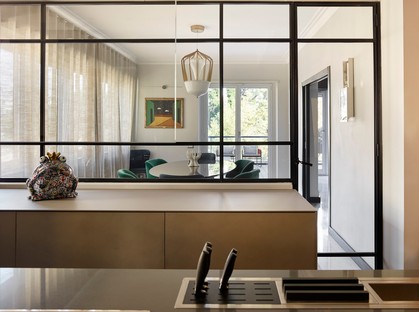 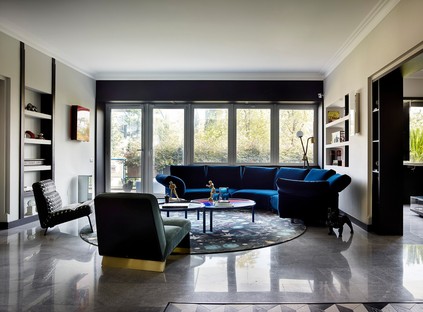 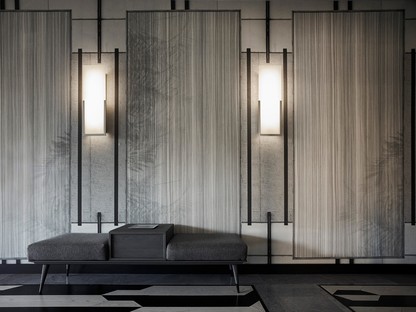 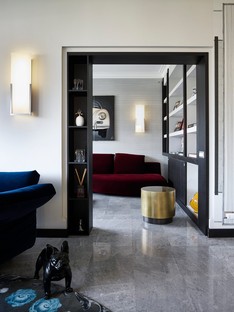 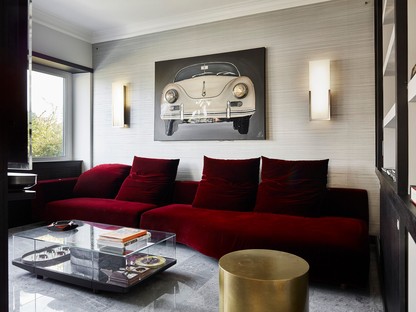 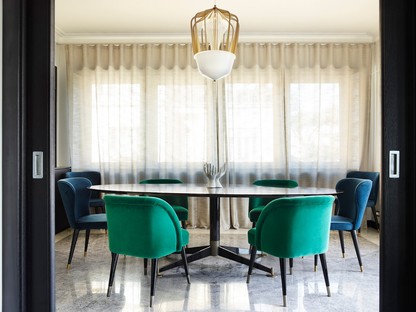 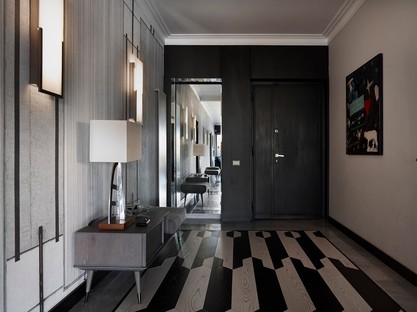 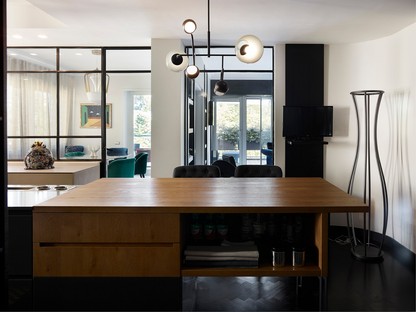 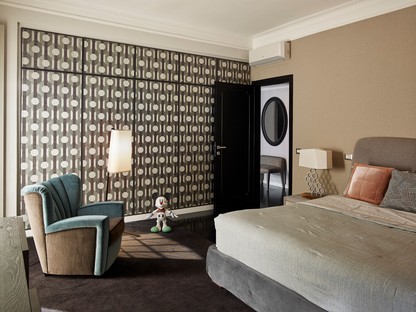 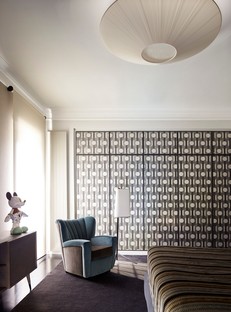 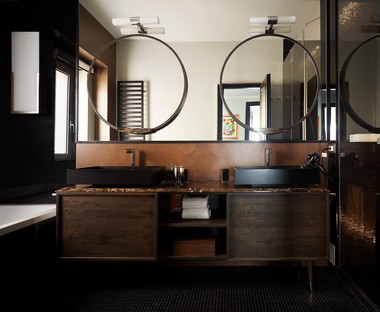 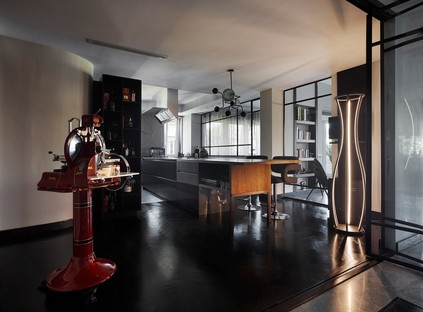 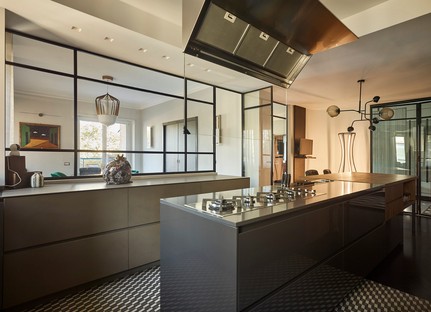