Architect Giorgia Dennerlein from the Loto Ad Project studio has transformed the interiors of two Roman residences, Casa Farnesina and Casa Flaminia, two projects that share a contamination of styles, making this the strong point of the design. 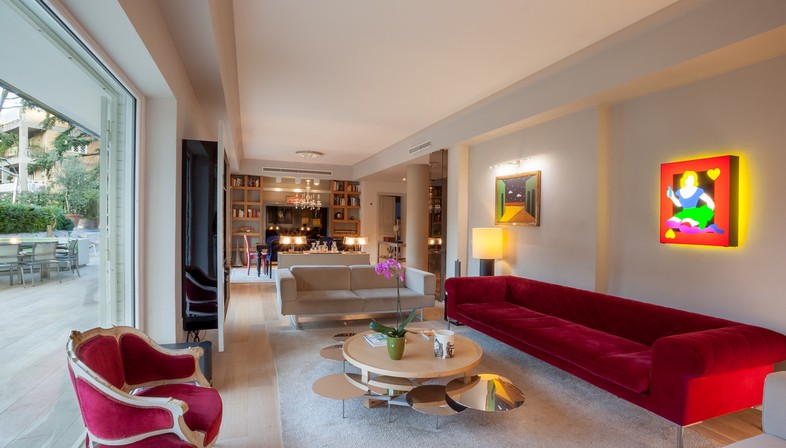 Casa Farnesina and Casa Flaminia are two private residences in Rome recently transformed by architect Giorgia Dennerlein from the Loto Ad Project studio. The two interiors, made to measure and highly customised for each client, share one common element: the contamination of styles, the true strength of both projects and of the architect's design style.

Casa Flaminiais a 200 square metre flat that architect Giorgia Dennerlein has transformed into an elegant combination of classic and contemporary. The large floor-to-ceiling windows articulate the rhythm and succession of different functions in the large living room and their connection with the garden. Designer furniture and works of art characterise the various rooms, with colour becoming the protagonist of the space. 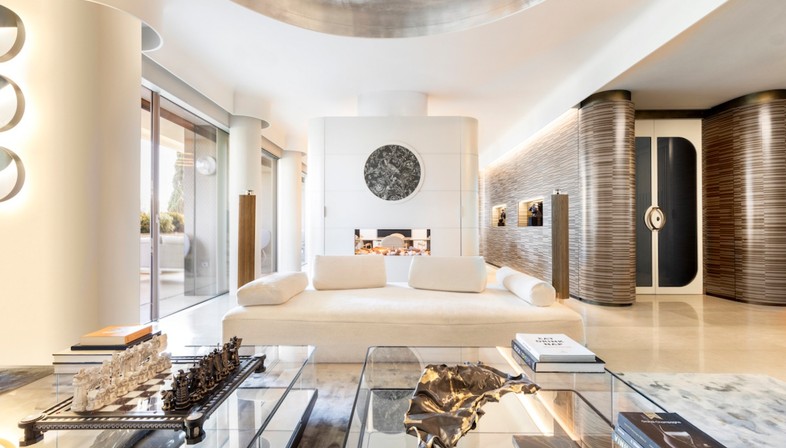 Casa Farnesina, on the other hand, is a flat of approximately 220 square metres, located on the third floor of a residential building. We are in the northern part of the city of Rome, in a district that owes its name to the 16th century presence of the "Orti Farnesiani" gardens, not far from the headquarters of the Italian Ministry of Foreign Affairs, known as "La Farnesina". A lively neighbourhood with contemporary and fashionable bars and restaurants, where the different souls of the city dialogue, as also demonstrated by its architectures: from more traditional ones such as those in the Ponte Milvio area, to the more modern ones in Foro Italico.
Architect Giorgia Dennerlein's design reflects the eclectic approach that characterises the context. The architect completed the radical restyling of the interior of Casa Farnesina, identifying in the continuous and circular lines complemented by games of filters and transparencies, the leitmotif characterising the interior design.
Moreover, the client's passion for boating became the central theme of the interior design. The interior of the home is designed as if it were a luxury boat, eliminating sharp edges from all furnishings, optimising spaces and carefully calibrating the overall dimensions. A carefully tailored work that also includes the choice of refined furnishings and design objects, which perfectly complement the specially designed fine carpentry elements. The flat is a large open space characterised by rooms and functions defined and distinguished by a number of dividing elements designed as furnishings, cabinets or retractable glass doors. The colour palette and textures allude to warm tones and the ridged surfaces of seashells. 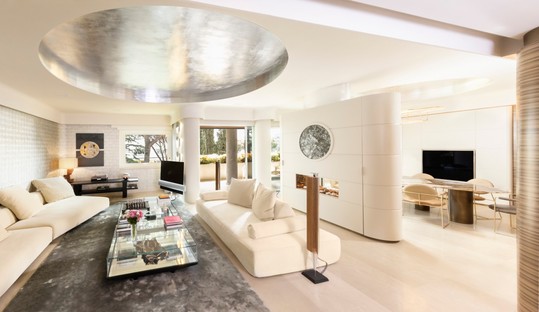 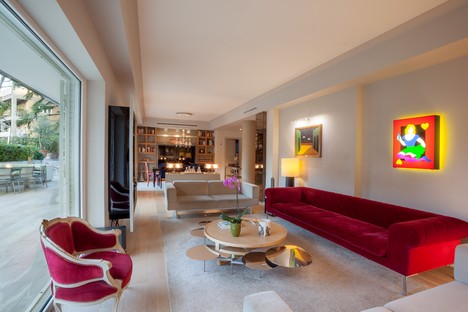 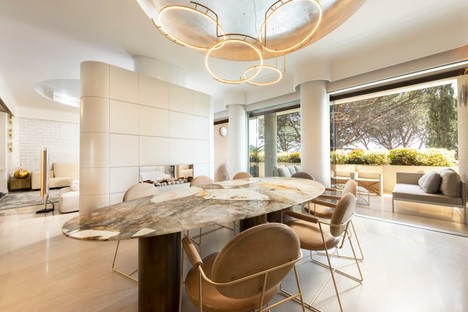 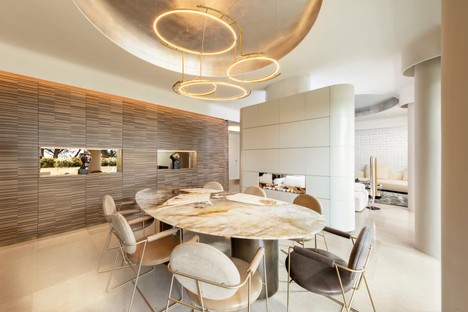 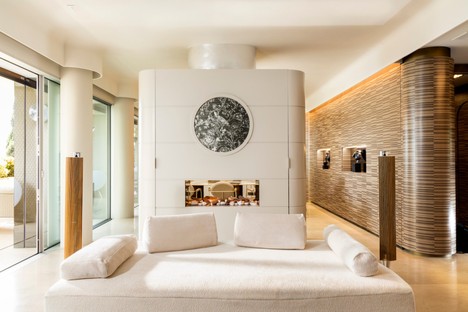 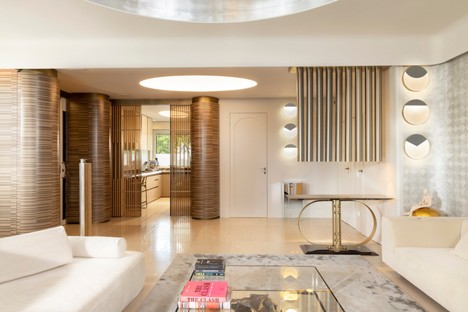 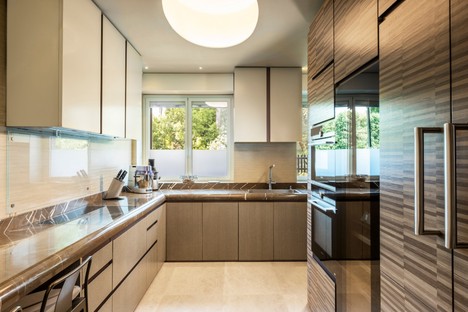 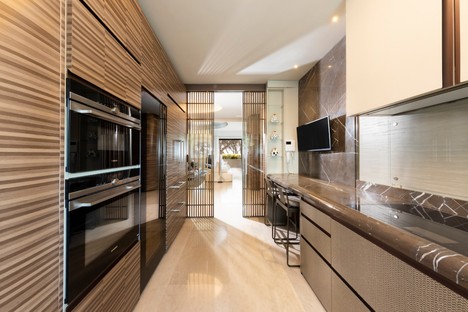 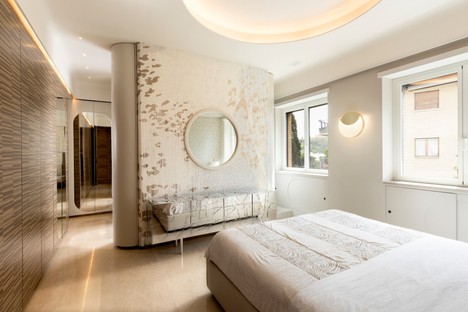 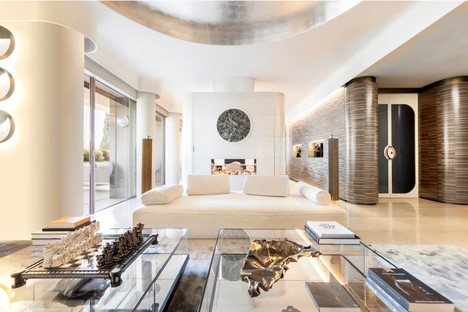 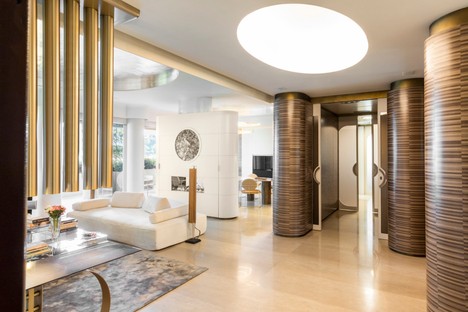 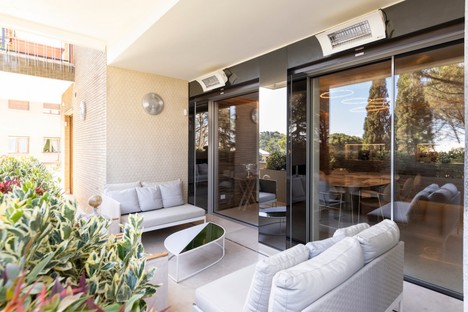 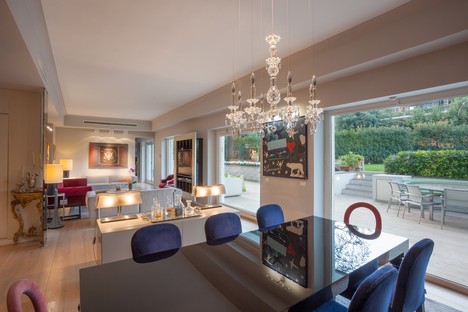 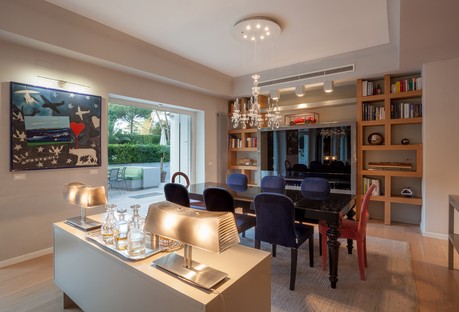 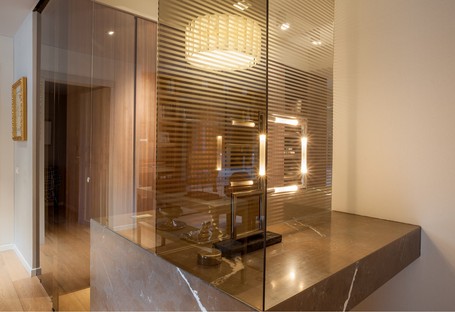 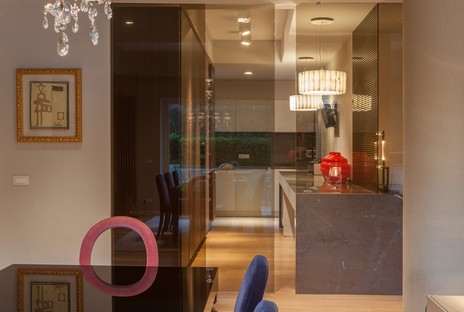 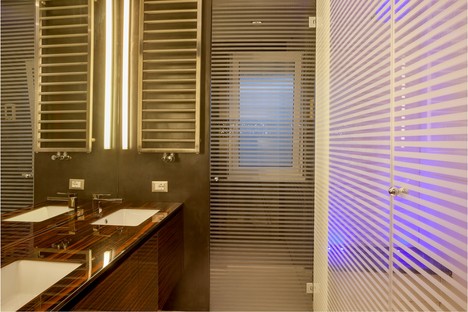 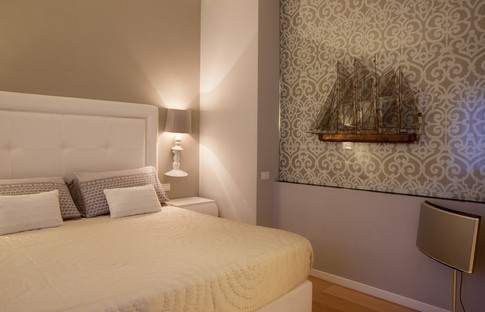 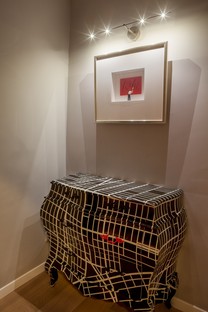 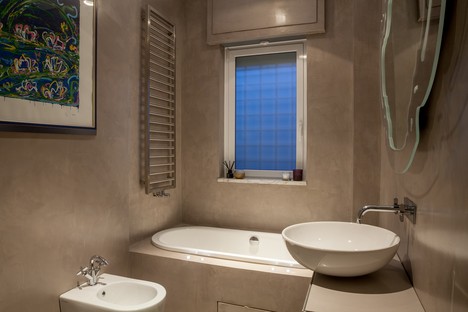 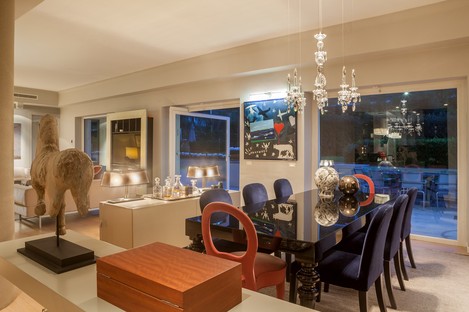 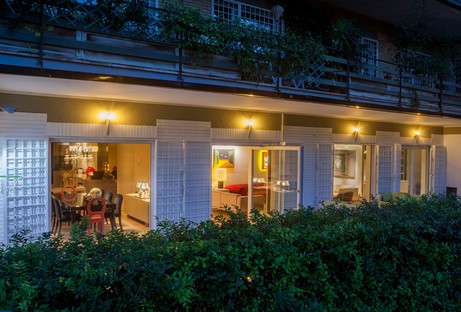