Architect Daniel Fügenschuh won the competition for an expansion for a secondary school in the old town centre of Rattennberg, Austria, building a new wing which is connected to and continuous with the old building but stands out from it in terms of the architectural vocabulary used. 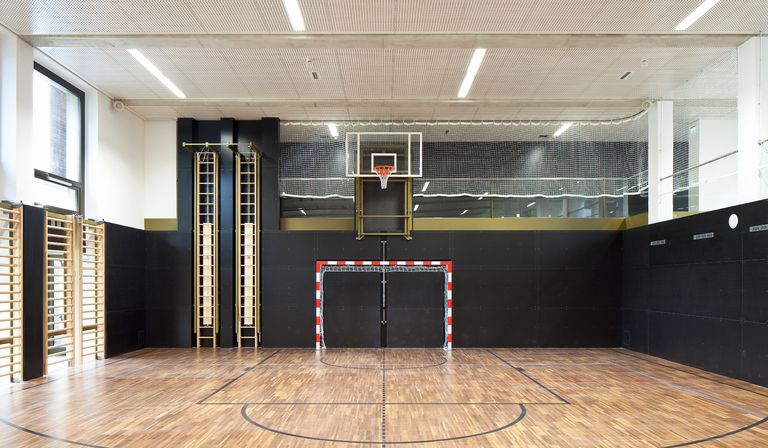 The architect walks a fine line in a project like this one, designing new architecture of our own times in a context of great historical interest and visual impact; what’s more, the new building is an extension of an existing one, added to fulfil the need for new functional spaces. These are the foundations on which Daniel Fügenschuh built a project that manages to stand out creatively from the existing construction without altering the character of the urban landscape.
The Tyrolean hamlet of Rattenberg – population 400 - is famous for its beautiful medieval town centre, including the school for which the expansion was built. Reinterpreting chromatic sensibility, use of materials and the rhythms of the façades, Fügenschuh designed a new volume in the main courtyard overlooking the street, parallel to the building’s shorter side and connected to it by a distribution volume with a glass front and roof. The new sleeve extends out towards the town centre in a prominent position, becoming the vanishing point of perspective from the street without reverential fear of its surroundings, to which the project alludes in the aesthetic choices but from which it stands out as a functional solution.

The rectangular volume on three levels is covered with big concrete slabs, some with smooth finishes and some left rough, showing the marks of the formworks, an allusion to the white plaster walls of the existing complex; the regular rhythm of the windows seeks to establish a dialogue with the walls around, and is in part reflected by the façade overlooking the inner of the courtyard but completely changed on the other walls, in which the windows also vary in size, up to the big single window marking the main façade on the northern side, which looks out over the street like a huge eye. This unique window emerges from the wall of concrete slabs with its copper frame, flush with the surface of the walls, alluding to the white plastered frames around the windows on the village's old buildings.
Though they are symbols of modernity, copper and glass are plentiful in the old village: all the oldest roofs in the centre of Rattenberg are made of copper, and the village has a strong glassmaking tradition.


A structural element in the distribution volume between the old complex and the new construction, glass is the vocabulary in which Fügenschuh’s project is expressed, the heir to the form of new Alpine architecture which goes beyond tradition to address the contemporary world without making any concessions to vernacular architecture. 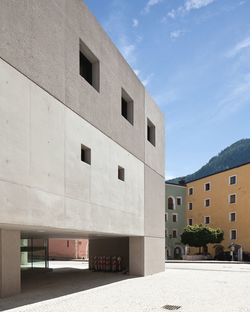 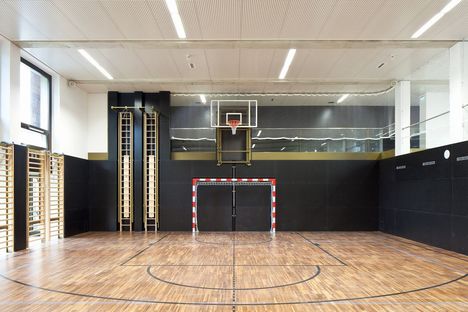 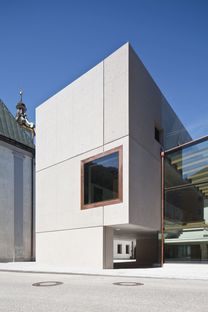 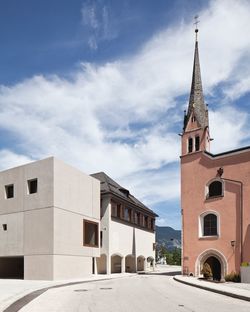 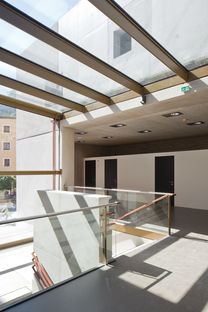 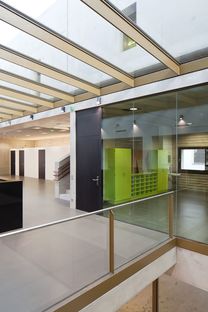 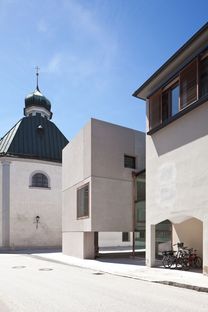 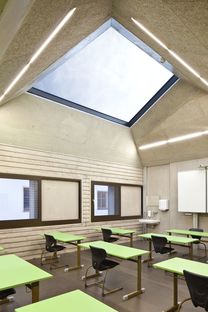 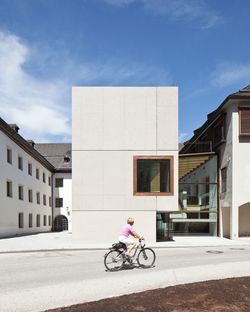 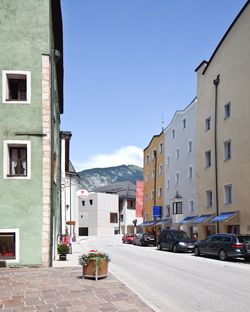 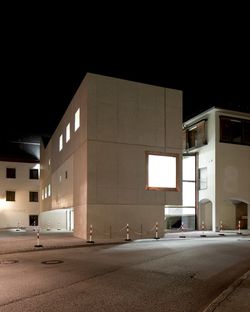 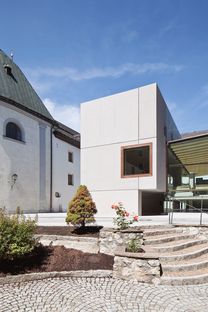 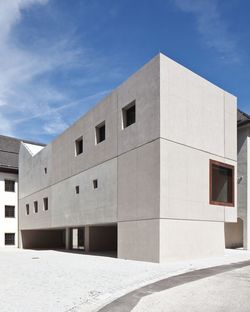 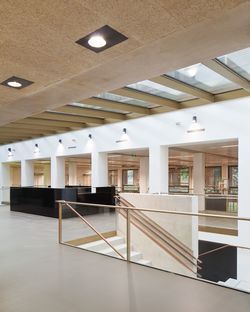 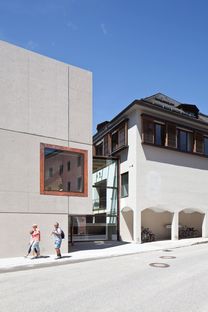