A project by architects Francisco Pardo and Julio Amezcua has given new vitality to a part of the city and become an instrument of urban renewal. 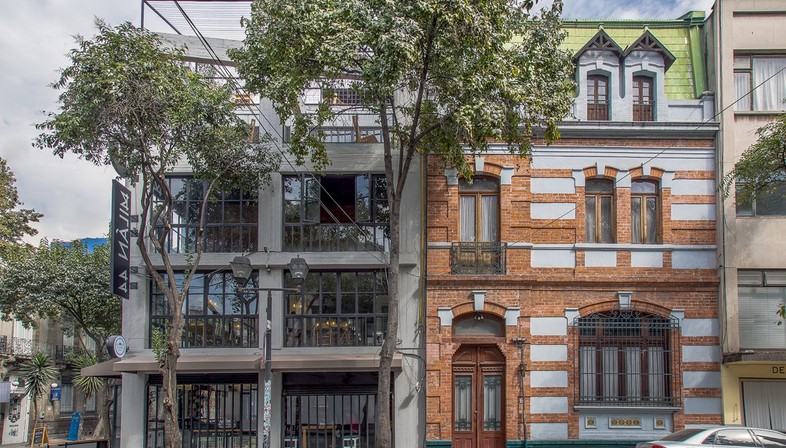 The project by architects Francisco Pardo and Julio Amezcua in Mexico City has won the Archmarathon Awards in the Commercial Retail category. An ex- car spare parts warehouse, built in the early 1900s, has been transformed into a multifunctional space. Its name is Milàn 44 and it combines restaurants, businesses and public meeting spaces and has become an important instrument of urban renewal in the area. 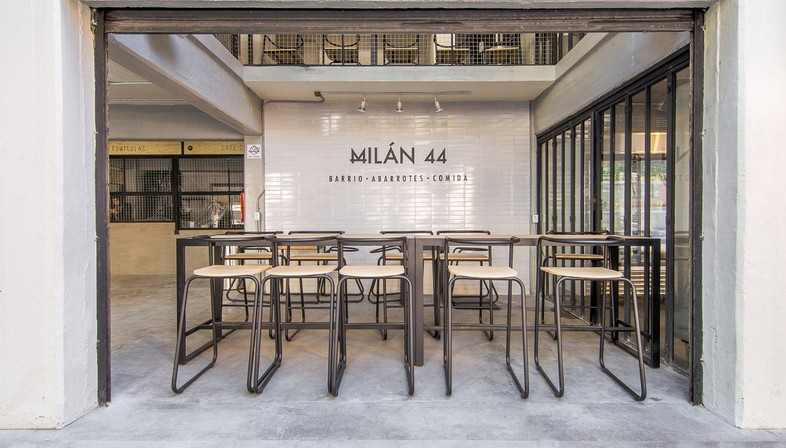 The building is located in an area of Mexico City that is now undergoing an important rebirth, after a period of decline due to a disastrous earthquake in 1985. The main challenge that the architects faced was to transform the building, preserving the regular grid of concrete crossbeams and pillars of the original building. The exposed cement concrete structure makes the interior of the building immediately visible to citizens, and it becomes the ideal extension of the urban framework. This idea is also aided by agreen staircase, an element that the architects have added to the original structure of the building. The staircase is the perfect continuation of the street inside the structure, a through-line that winds between the various floors, connecting their different functions and inviting users to explore the building, leading them to a bar/beer hall on the top floor. 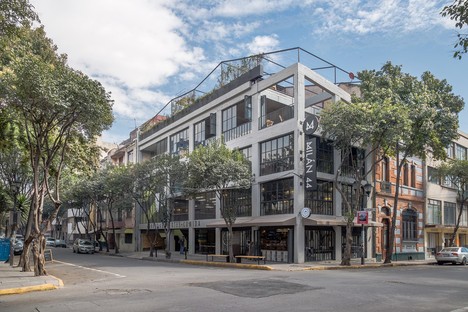 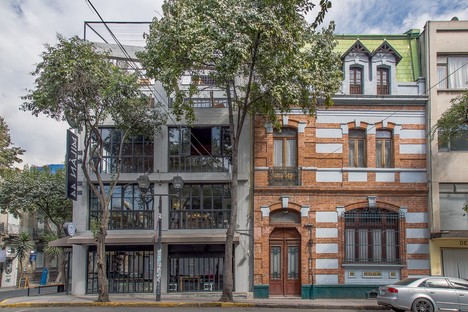 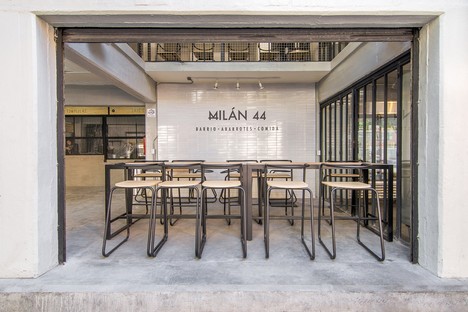 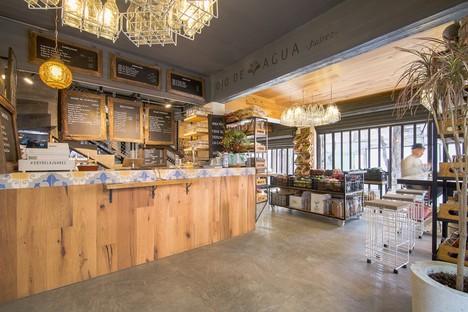 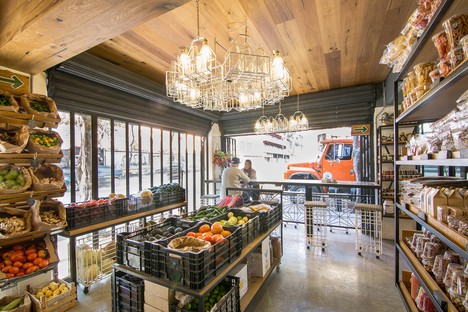 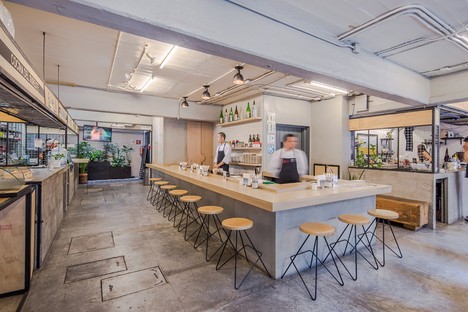 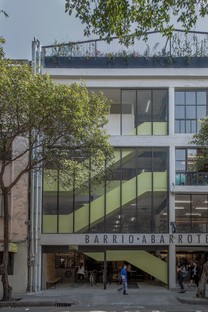 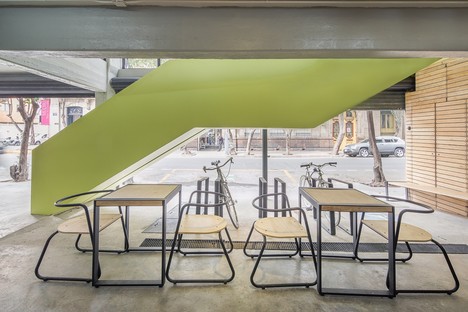 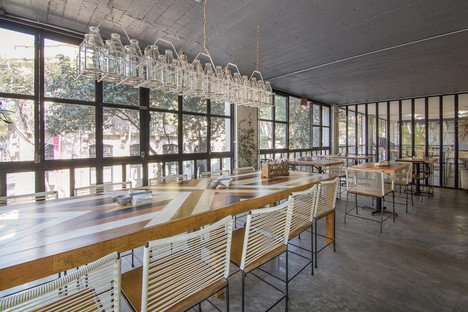 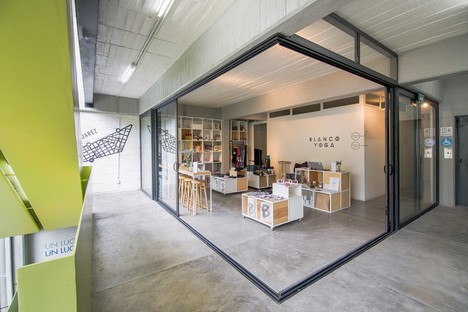 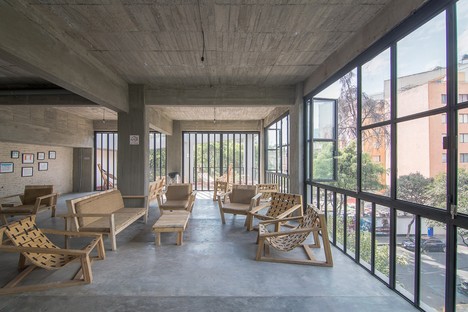 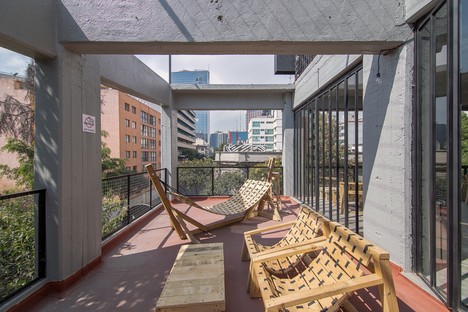 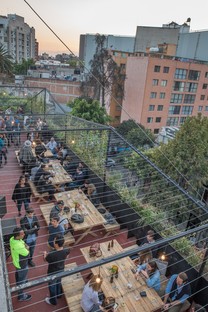 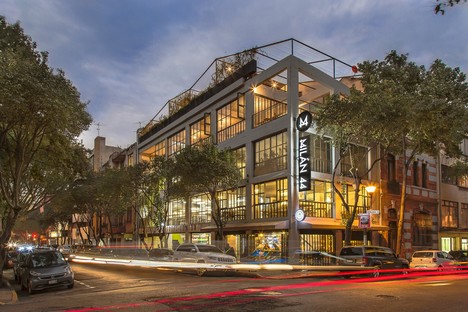