On May 27 the new Apple store located in Via del Corso in Rome opened its doors. The project designed by the Foster + Partners architectural firm, in collaboration with the Apple Creative Team, has brought Palazzo Marignoli back to life, a historic building originally constructed in 1873 by architect Salvatore Bianchi and later subjected to an extensive renovation by architect Giulio Podesti. 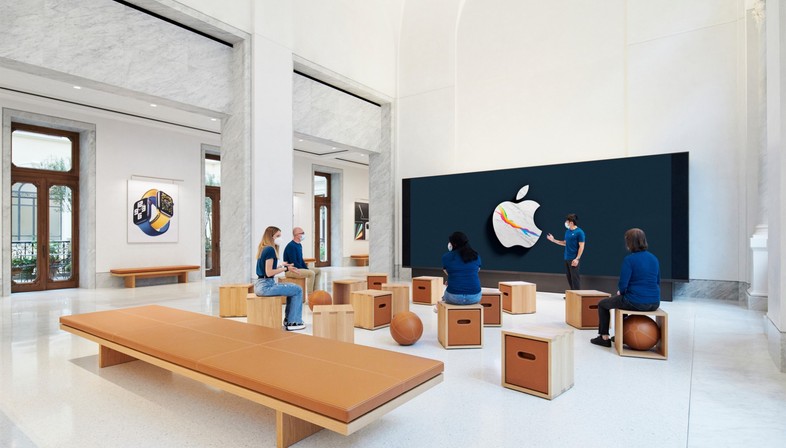 The Foster + Partners architecture studio, in collaboration with the Apple Creative Team, has designed the company’s new Italian flagship store located in Via del Corso in Rome. The new Apple Store, inaugurated on May 27, takes its name from one of the most vibrant and important streets in the Italian capital. The site selected for the new store is Palazzo Marignoli, a historic building originally constructed in the second half of the 19th century, on a site where a religious building previously stood. The important renovation and restoration project, carried out by the Foster + Partners studio, has restored Palazzo Marignoli to its original beauty, while highlighting its multi-layered history over time. Similar to the restoration work carried out in Paris for the Apple Champs-Élysées, in London for the Apple Regent Street and in Washington D.C. for the Apple Carnegie Library, a team of local restorers took part in the intervention in Via del Corso, who helped recover the precious heritage of paintings and frescoes characterising the different environments of the building, while in the process also discovering some beautiful works that had been hidden from view for decades.

Palazzo Marignoli was built in 1873 on the site of a former 16th-century convent, dedicated to St. Mary Magdalene of the Convertites. Designed by architect Salvatore Bianchi, the building was originally constructed in 1870 for the Marquis Filippo Marignoli. The main façade of the building, which can still be admired today, dates back to a second extensive intervention carried out by architect Giulio Podesti a few years after the completion of the building. In order to allow for the expansion of Via del Corso, in fact, it was necessary to demolish the original façade. From 1890 to 1955 Palazzo Marignoli hosted the famous Caffé Aragno, often frequented by writers, journalists and politicians who met in the elegant halls of the ground floor beneath the large and famous "Dawn" and "Dusk" works painted, respectively, by Fabio Cipolla and Ettore Ballerini in the early 1900s. Both paintings have been restored and reintegrated into the new project, together with graffiti panels depicting urban scenes from Italian cities created by Afro Basaldella, a contemporary of Picasso and one of the great protagonists of Italian abstraction.
The main façade overlooking Via del Corso, with its large glass windows and the historic passage characterised by arches and vaults that leads to the store’s entrance and, once inside, to the scenic monumental staircase, was also the subject of a careful restoration. Palazzo Marignoli develops around a central courtyard dominated by a peaceful garden planted with camphor trees. This tranquil space dates back to the 16th-century monastery and is visible from every corner of the store. The monumental staircase, built in 1888 by the Marquis Marignoli to access his residence on the main floor of the palace, has also been meticulously restored including a number of original details in Carrara marble. On the first floor of the building the former ballroom houses the Forum, space intended for hosting events and workshops offered as part of the Today at Apple program. In the adjacent hall, which now houses the Apple Support area and the Genius Bar, a hand-painted ceiling featuring geometric patterns has been discovered and carefully restored. The rooms on the first floor are all connected by a gallery that opens up onto a terrace, inspired by historic Roman green terraces. The space is filled with fragrant jasmine vines and olive trees overlooking the courtyard below, the green heart of Palazzo Marignoli, offering visitors an oasis of calmness and relaxation that contrasts the noise of Rome’s bustling Via del Corso road. 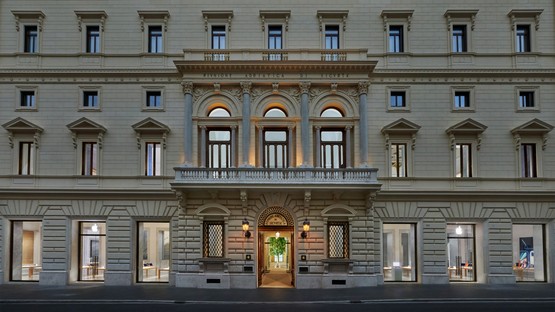 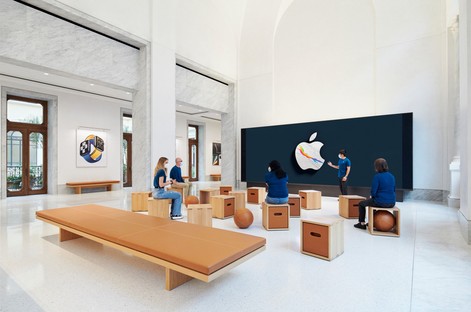 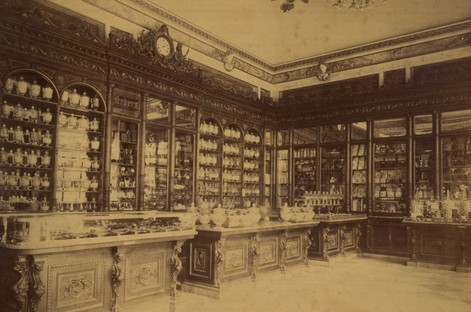 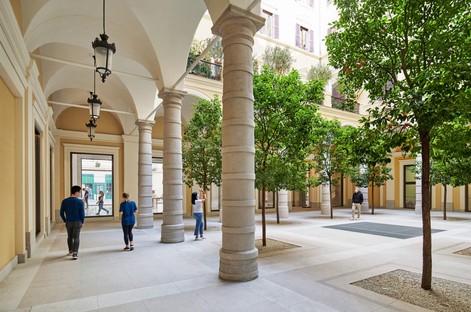 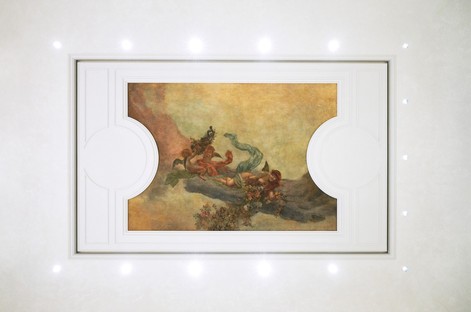 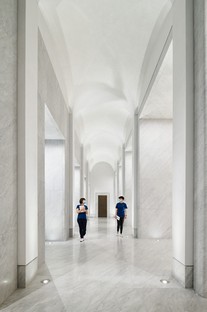 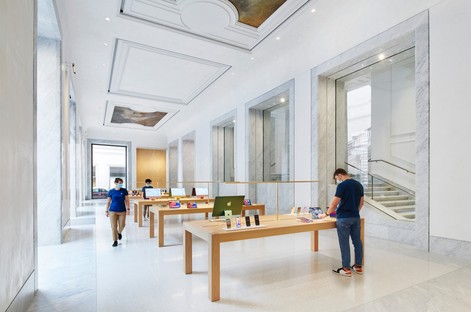 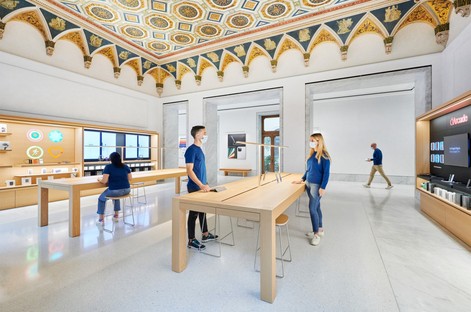 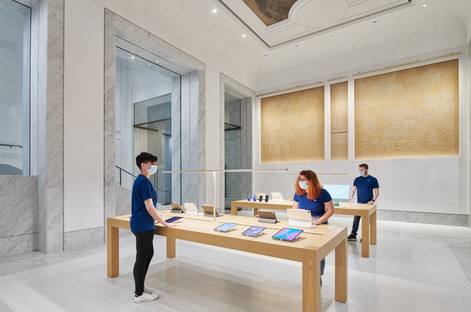 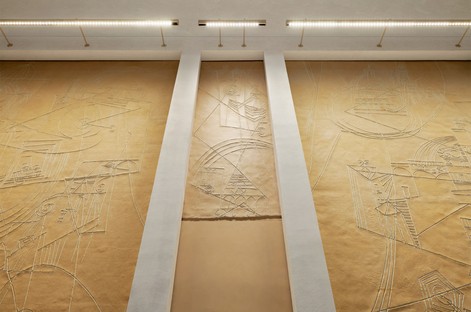 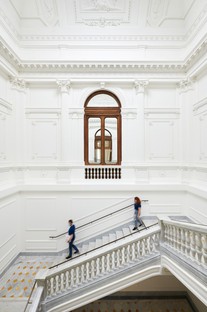