Lusail Stadium will play a major role in the 2022 FIFA World Cup to be held in Qatar from 20 November 2022 onwards, and in the future of the city of Lusail. Ahead of the whistle for the start of the major world sports event, the stadium, designed by Foster + Partners, hosted the Lusail Super Cup final on 9 September between Al Hilal SFC, champions of the Saudi Pro League, and Zamalek, winners of the Egyptian Premier League. 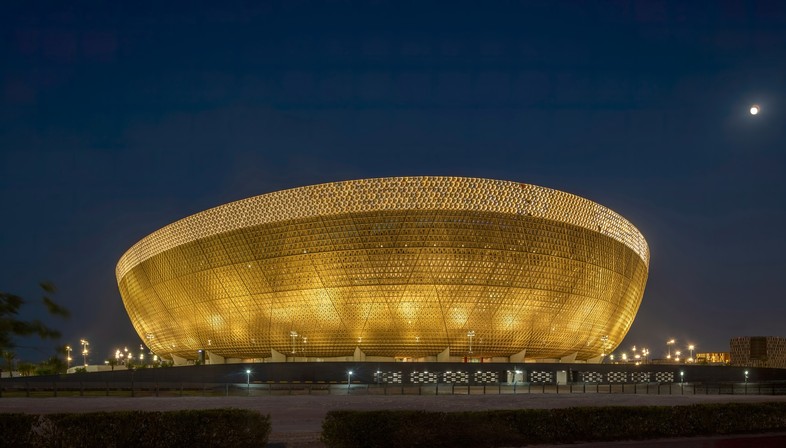 The final match of the Lusail Super Cup, played on 9 September, inaugurated the new stadium designed byFoster + Partners in Qatar and served as a dry run for the venue. Indeed, Lusail Stadium will play a major role in the FIFA World Cup 2022 to be played in Qatar from 20 November 2022, and is the chosen stadium for the final match.
With a capacity of 80,000 spectators, the building was designed to fit harmoniously into the surroundings of Lusail, a planned city on the Qatari coast about 23 km north of Doha city centre. The shape of the stadium and the appearance of its façades are reminiscent of the handcrafted twisted shells that have been popular in the Arab and Islamic world since ancient times. Luke Fox, head of Foster + Partners, said that the architects' research was geared towards creating a simple and striking design that would reflect the building's function, suit the climate of Qatar and, at the same time, enhance the city's skyline. The study of the country's cultural heritage and climatic conditions formed the starting point of the project.
Lusail Stadium looks like a bowl of burnished gold enhanced by the sunlight and the play of light on the façades. There are triangular-shaped openings on the latter, which contribute to reinforcing the image of the building's structural grid and create a mashrabiyya-like effect, by filtering natural light and creating diffuse lighting for the internal paths. The play of light created by the texture of the façades is a further reminder of the traditions of the country as it is also inspired by typical local lanterns. The stadium is the largest in the region and will play host to other international events in addition to sporting ones. Its ‘spoke-wheel’ cable net roof, with no vertical supports, is one of the largest in the world, has a diameter of 307 metres and unifies the entire structure under one roof. Once the World Cup is over, the stadium will fulfill an important role for the future of the city of Lusail, as it will become a community space with schools, shops, cafes, sports and health facilities. 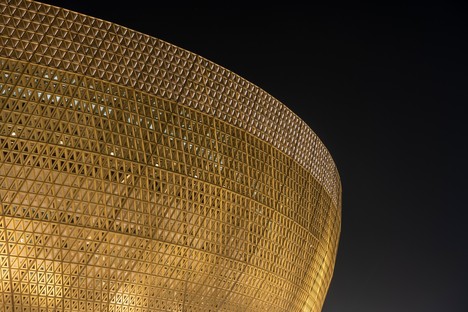 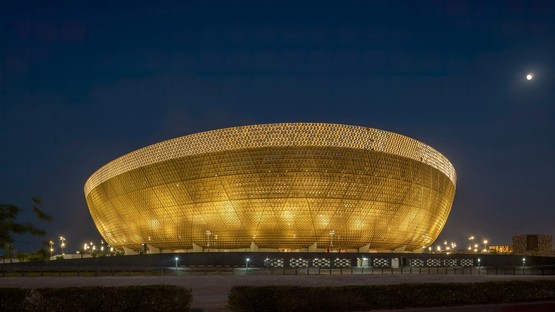 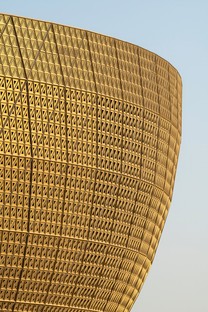 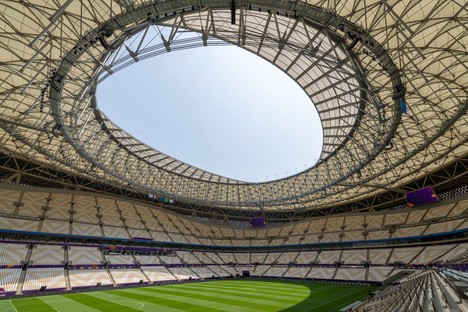 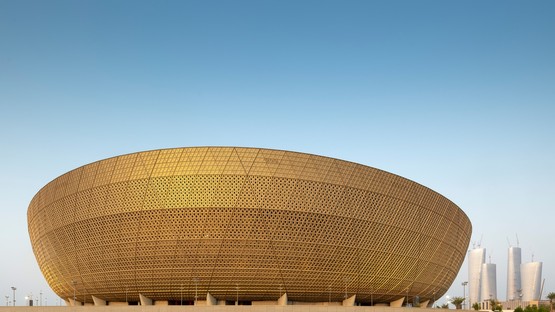 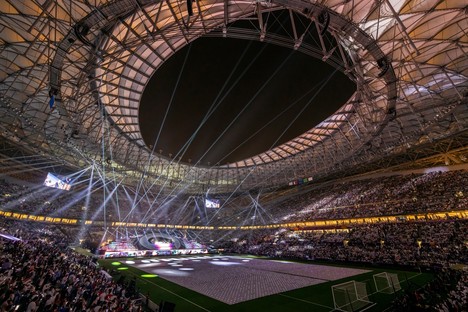 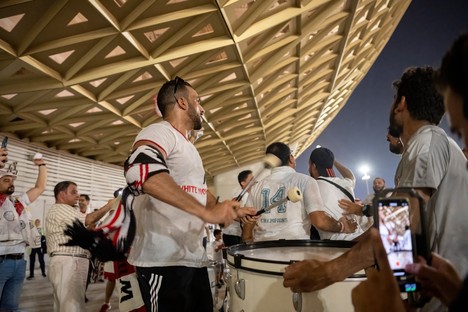 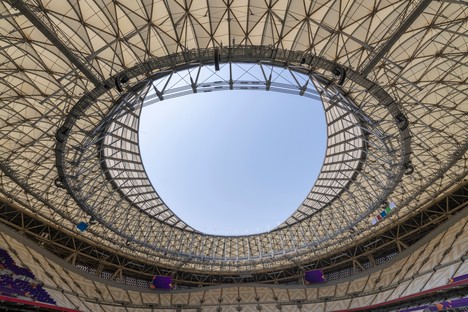 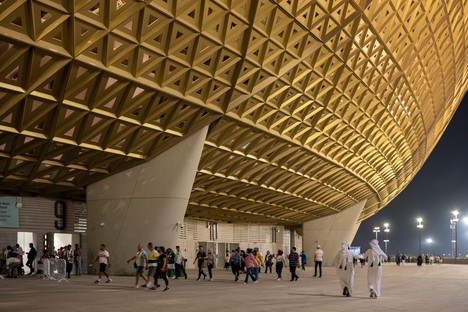 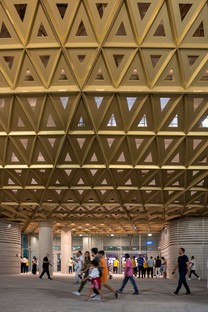