The Foster + Partners architecture firm has designed Narbo Via, the new museum of Roman antiquities in Narbonne, France. The museum was recently inaugurated and is set to become a new important landmark in the landscape, as well as an entrance to the city with a sober architectural monumentality. 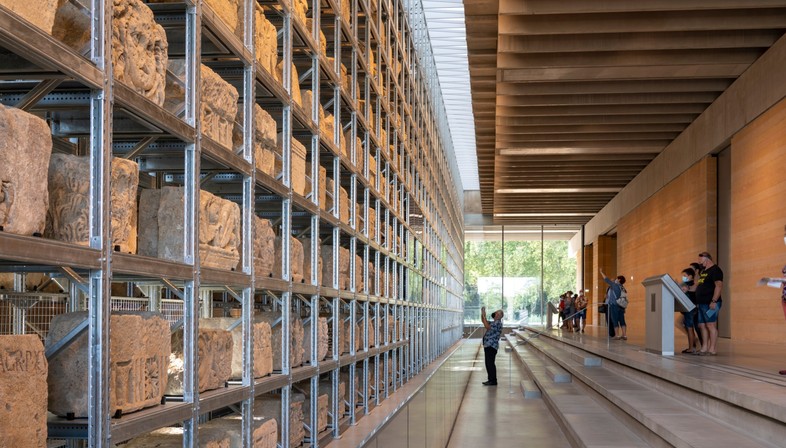 Recently inaugurated following the postponements and delays associated with the Covid-19 pandemic, the Narbo Via museum has become the new sober and monumental entrance from the East to the city of Narbonne, in France.
The project was designed by the Foster + Partners architecture firm, extending and reinforcing the Studio's long relationship with the south of France. The new Narbonne museum is, in fact, the third architecture that the Foster + Partners Studio has designed in the Occitania region, after the completion of the Carré d'art di Nîmes contemporary art museum and the Millau Viaduct. During the inauguration, architect Norman Foster, founder and president of Foster + Partners, reiterated just how arts are vital to the life of a city and a cultural building has the potential to reinvent and regenerate its "sense of place", to break down physical and social barriers.
The new Narbo Via museum is, in fact, part of an ambitious programme for the city of Narbonne aimed at restoring its history as an ancient Roman colony. Known as Narbo Martius, Narbonne was the first Roman colony founded outside Italy’s borders, in southern Gaul, in 118 BC. While the city does not have great monuments or architectures of this important past, it does have a very rich heritage of ancient Roman artefacts – over ten thousand of them – which for many years were dispersed in various storage facilities and museums in other cities.
The programme, launched in 2010, consists of three different sites. In addition to the new Narbo Via museum designed by Foster + Partner , it also includes the Horreum, consisting of underground tunnels built in the 1st century BC at a depth of five metres and accessible from the city centre. A system of tunnels where research still continues today and which is assumed to have been part of the foundations of a building intended for commercial activities. The third place is the Amphoralis archaeological site-museum, a former amphora factory located in Sallèles-d'Aude, about 12 km north of the ancient Narbo Martius.

The new museum is a simple and flexible volume raised on a podium by Foster + Partners' architects, to give the building a sense of solemnity and monumentality. The flat roof in exposed concrete also extends to provide shade to the external paths surrounding the museum. Inside, the large spaces with high ceilings are part of a carefully conceived environmental strategy inspired by Roman construction technology to ensure the thermal comfort of the rooms. The museum incorporates galleries used for permanent and temporary exhibitions, a multimedia educational centre, the auditorium, the restaurant and the bookshop, as well as spaces intended for research, conservation and restoration of the artefacts. Externally, on the other hand, the museum includes gardens and an amphitheatre for outdoor performances. The central element and the heart of the museum is the "Lapidary Wall": an imposing vertical exhibition wall consisting of a large abacus of artefacts that runs along the entire width of the building. Designed to be easily reconfigured, the wall thus becomes an active tool of knowledge, as well as a filter or a boundary between the spaces open to the public and those intended for the work of archaeologists and researchers. 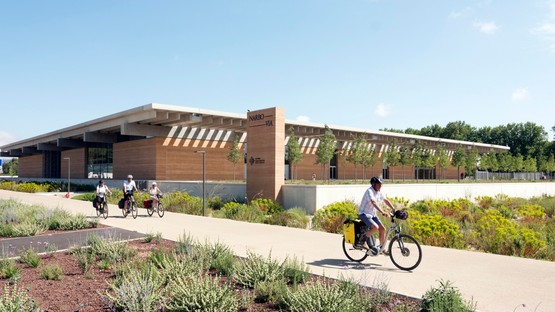 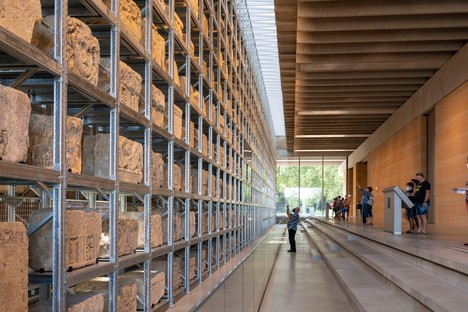 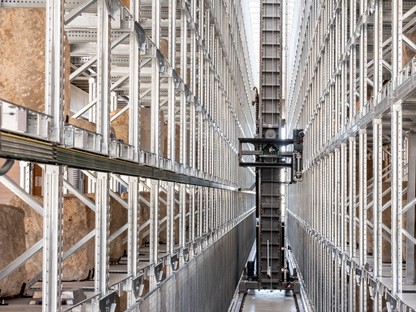 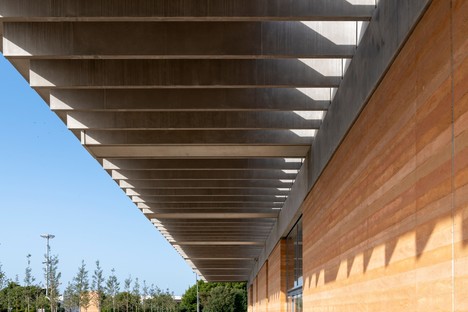 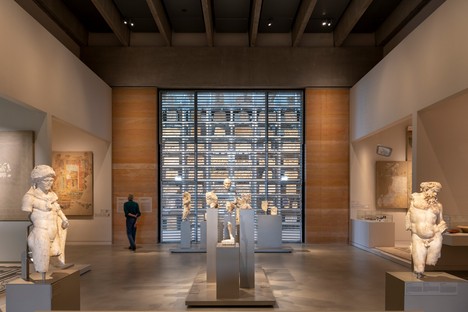