In Pilar, in the province of Buenos Aires, the architects of Film-Obrasdearquitectura have built a holiday home based on the concept of truth in materials, using materials with rough finishes to reveal their true essence. The project pays homage to brick and its expressive power in relation to landscape. 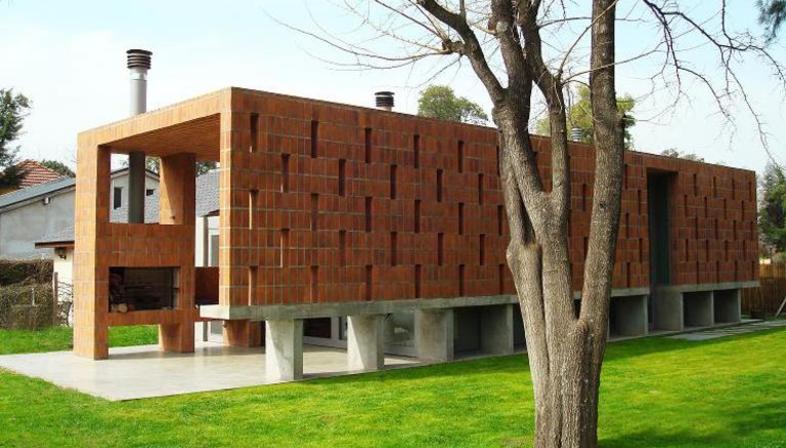 The most recent construction by Film-Obrasdearquitectura stands in the Los Robles district in Monarca, in Pilar, in the hinterland of Buenos Aires. It is a holiday home in which bricks and cement create a formal composition that is completed by the landscape.
The main façade is the most surprising, the one to the southwest, overlooking the big garden, a lot measuring 600 square metres with the villa located on its eastern side. The geometric alternation of full and empty volumes on the façade declares the design of the project: the rectangular floor of polished cement is divided into two naves, a main, public one and a secondary, more utilitarian one. The public area, overlooking the garden, which comes inside through the big open façade, contains the living room, dining room and perhaps the bedroom, while the narrower nave contains the bathrooms and kitchen, which require utility connections. None of the space is univocally defined in the floor plan, but through a layout made up of C and L shaped brick walls forming niches and creating partial boundaries. Thus the main nave takes the form of a long room for entertaining, while the secondary nave is like a utility corridor, and everywhere architecture also performs the function of furnishing: on the eastern façade the polished cement structure supporting the brick wall extends into the home to become a long, wide shelf; all the other brick walls are specially designed to perform various functions, from simple empty space to the whole kitchen and each of the fixtures in the bathroom, which is broken up along the corridor with spaces for sinks and bathtub in structural niches. While the space is longitudinally marked by the walls according to the floor plan and the cement floor, crosswise it is free, bounded by transparent curtains created with moveable metal frames painted grey. These doors divide not only inside from outside, but different parts of the home, dictating the rules of sharing or privacy. The bathroom is an emblematic case: if closed, the doors conceal the bathroom fixtures, while if open, they border the private space of the bathroom with the bathtub.
This system of opening and closing makes the empty space very flexible, interpreting architecture as an indoor plaza in the middle of the landscape.
The use of bare brick is reminiscent of Dieste, who worked in Uruguay, but combined with cement it recalls contemporary Indian architecture, in which artificial volumes are set in the greenery like fossils overcome by nature. 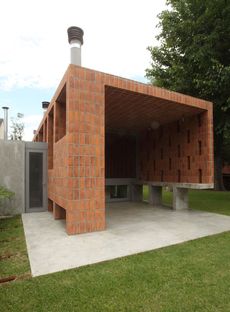 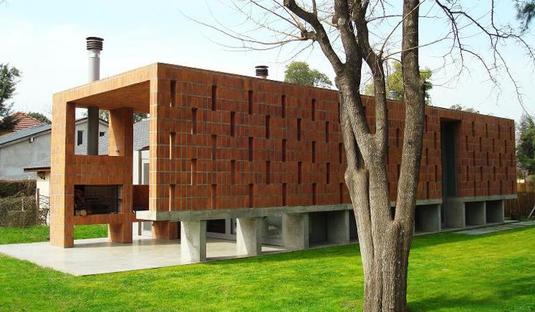 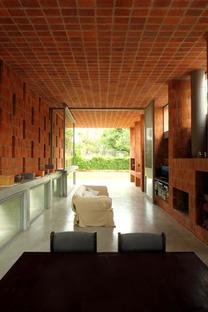 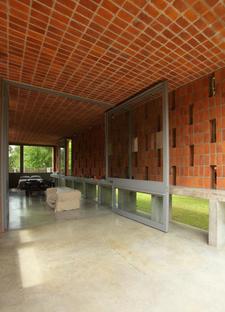 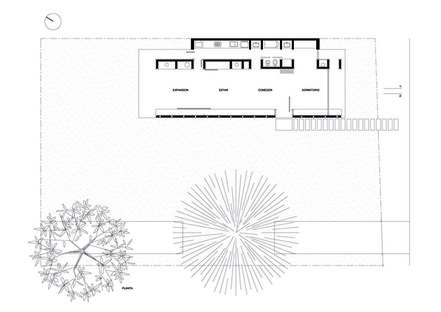 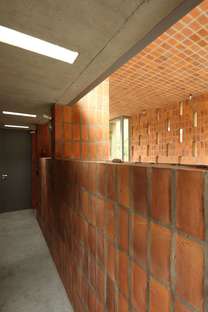 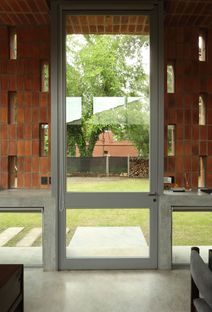 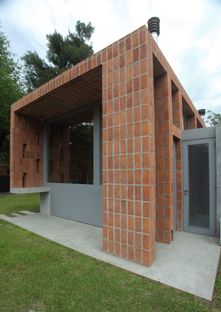 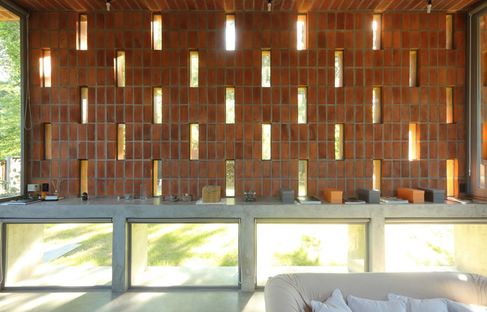 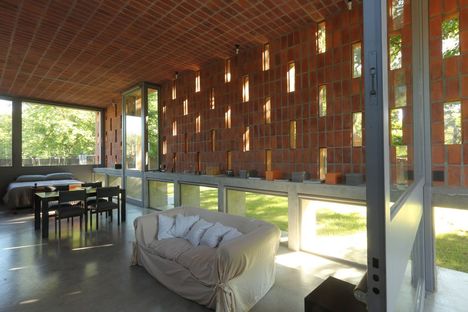 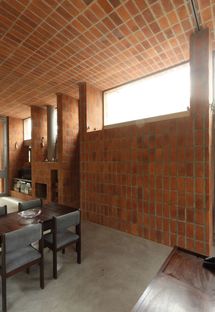 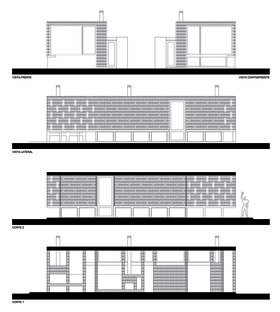 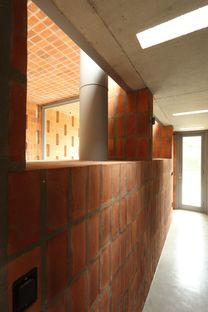 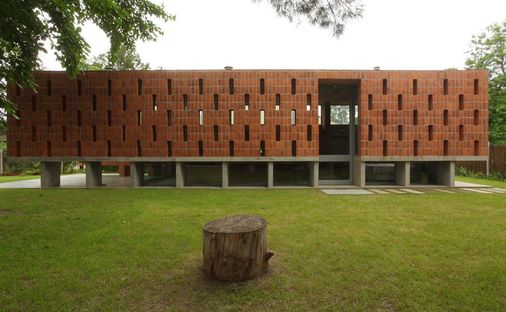 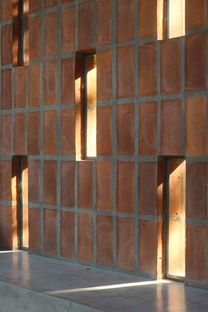 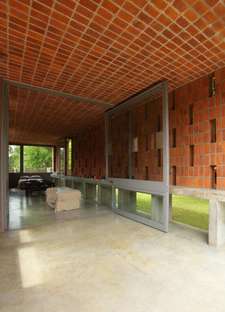 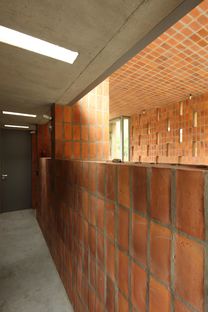 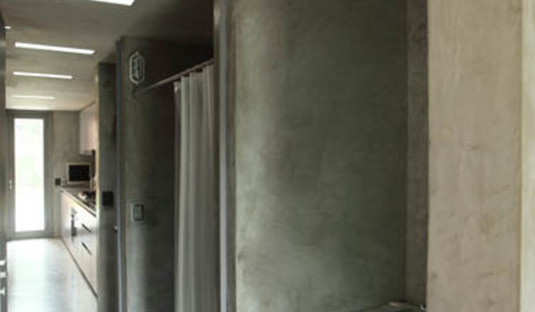