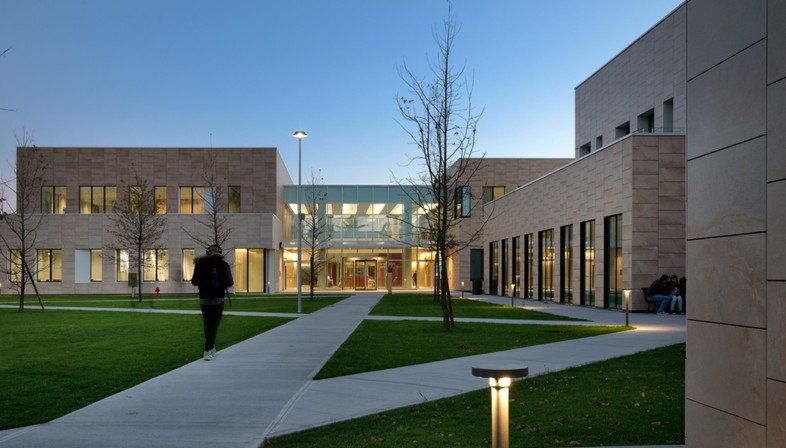 Just outside Milan, by the Humanitas Research Hospital, in an area characterised by industrial buildings and the Parco Agricolo Sud, architect Filippo Taidelli designed the new Humanitas University Campus – international faculty of Medicine and Surgery, Nursing and Physiotherapy. Three new buildings, three volumes in warm, textured hues thanks to the cladding on the ventilated façades, located in a big pedestrian park. A formula inspired by the Anglo-Saxon college campus model which also incorporates the idea of the traditional courtyard of Milanese farmhouses, where volumes were harmoniously arranged around a shared farmyard. 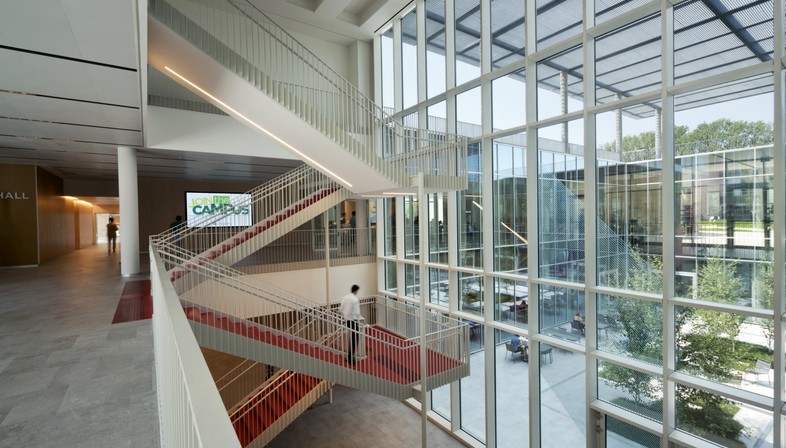 Common spaces play a significant role in the design of the campus, multiplying opportunities for people to meet, even informally, to encourage cross-contamination and sharing of knowledge. The task is also partly performed by the greenery appearing in a variety of different forms (rows of trees, cultivated fields, spontaneous growth), which becomes a visual link between the new buildings and the rest of the hospital and a natural extension of the indoor spaces.

The concept of a green campus, made possible by optimal organisation of vehicle, cycling and pedestrian routes, not only represents greenery in the landscape but also application of a series of design choices and specific technologies. A strategy aimed at limiting energy consumption while maximising users’ comfort.
For example, the buildings’ orientation and organisation on terraced levels plays an important role in dispersing heat, and the presence of glassed-in courtyards provides optimal natural lighting on all the building’s levels, mitigated by sunbreaks or greenery to prevent glare or overheating of the façades. 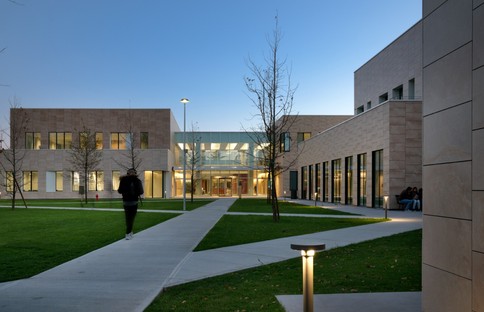 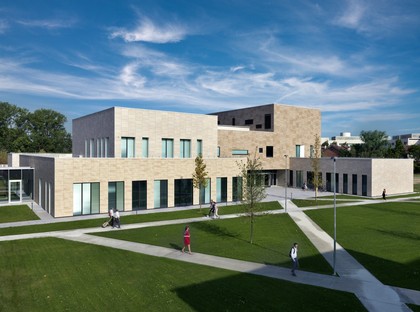 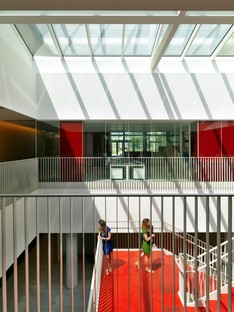 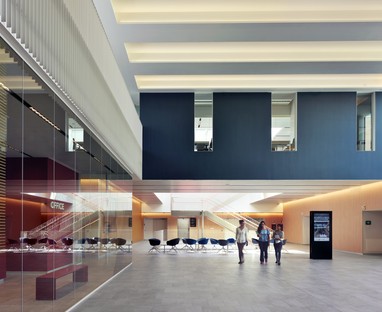 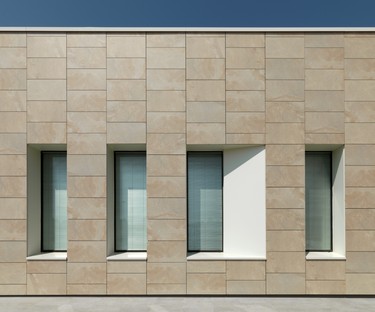 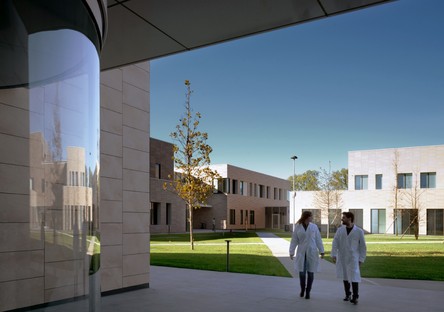 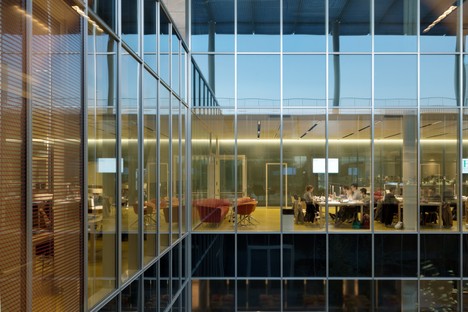 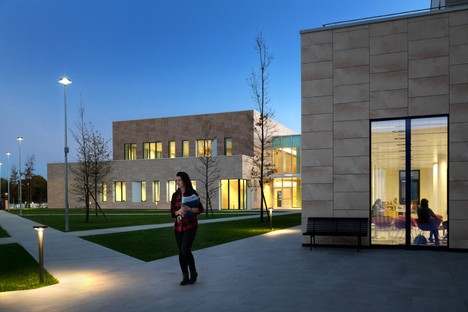 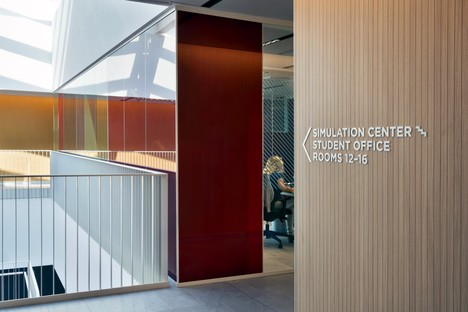 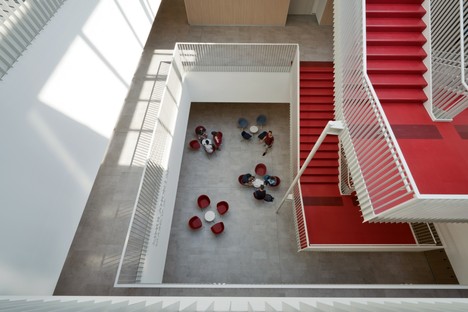 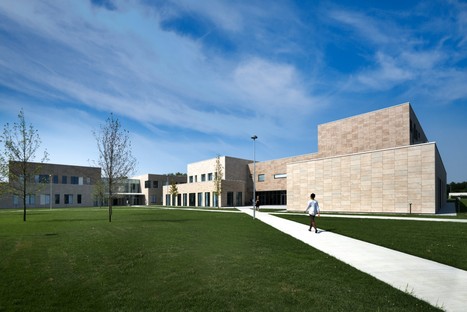 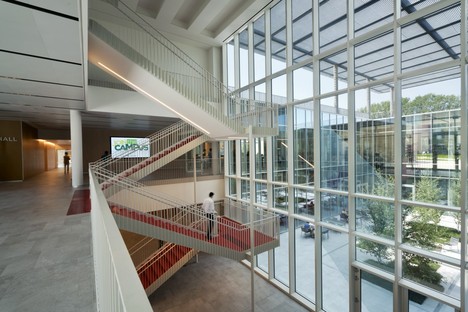 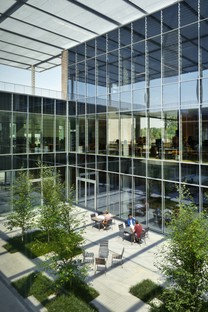 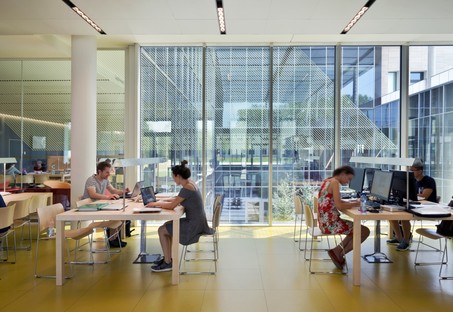 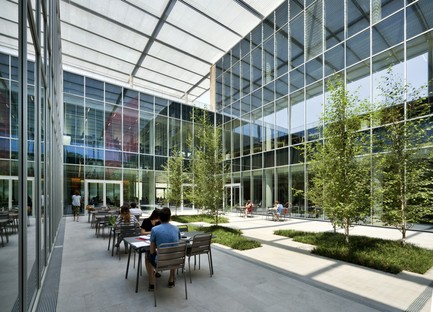