In the heart of London, between Buckingham Palace and Westminster, British firm DROO Architecture - headed up by architects Michel da Costa Gonçalves and Amrita Mahindroo - has revisited an iconic element of English architecture: the bow window. With residential project VI Castle Lane, the architects have managed to insert a building that openly declares its modernity into a historical and protected context. In doing so, they have garnered the Architecture MasterPrize 2020 for the Residential Architecture - Multi Unit category. 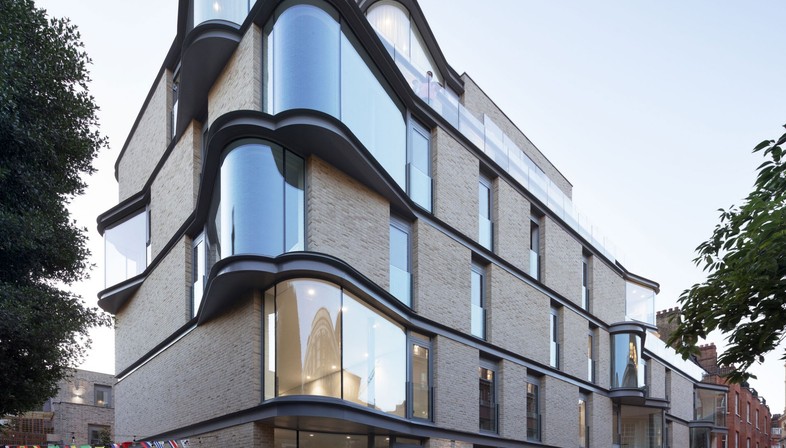 Architects Michel da Costa Gonçalves and Amrita Mahindroo, founders of DROO Architecture, have used the residential project VI Castle Lane to present an interesting reinterpretation of the bow window, an iconic element of residential architecture that first appeared in Britain as of the 18th century.
VI Castle Lane is a block of flats located in the heart of London, halfway between Buckingham Palace and Westminster, in a central area which is also home to other important places of interest including Westminster Abbey, the iconic Big Ben, and St. James’s Park. A complex urban setting which is heavily protected due to its unfathomable historical and architectural value, yet the architects have managed to insert a building that stands in harmony with the past whilst openly declaring its modernity. The project earned its creators the Architecture MasterPrize 2020 for the Residential Architecture - Multi Unit category. This is not the first time that a project by DROO Architecture has interacted so intimately with protected buildings; one of the firm’s many other creations - also in London - is the Town Hall Hotel, an emblematic example of Edwardian architecture being completely renovated and transformed into a five-star hotel.

VI Castle Lane is spread across two fairly different streets, with the west side being home to London’s traditional terraced houses, whilst on the east side, its neighbours are Victorian homes. The architects have managed to bridge the gap between the two settings with a sculptural volume whose façade has an asymmetrical design featuring both concave and convex glass elements. The result is a complex comprising 28 apartments and 3 terraced houses. This is in keeping with the client’s request, namely to create innovative and contemporary residential units in an area that is very much a part of the city’s historical, cultural and architectural heritage.
The forte of the design - as the jury of the AMP prize thoughtfully noted - lies in its extensive and rather effective use of the “bow window” element. The starting point for this was the concept of the bow window itself: a window with a horizontal arch which projects out of the façade. The architects have geometrically extended this concept to the entire floor plan of the building, transforming this common element in British residential architecture into an extension of the living space itself. Each residential unit projects outwards, creating a unique area which overhangs the street itself. The redesign of the window system, as represented by the bow window, thus creates a fully-glazed element which extends out of the building and offers the residents a semi-external spatial experience, providing spectacular views over the surrounding area of the city. The reinterpretation of traditional British architecture and the distinctive urban context where VI Castle Lane is located also involves other facets of the building’s construction. The architects have not sought to camouflage the new architecture, making it disappear into its historical environment; instead, by interpreting traditional materials (such as brick in all its various textures) in a contemporary way, they have managed to insert the building into its context harmoniously. The result is a piece of contemporary architecture that establishes a harmonious dialogue with the historical fabric it is part of whilst maintaining a clear distinction. 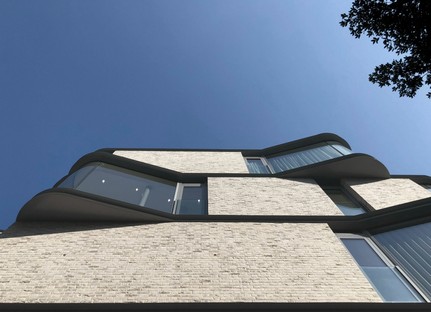 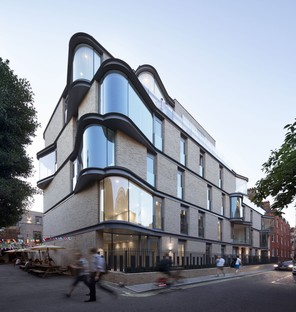 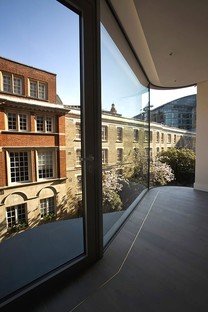 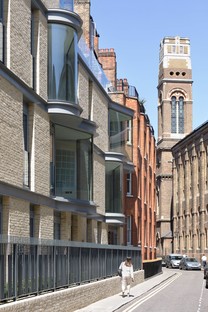 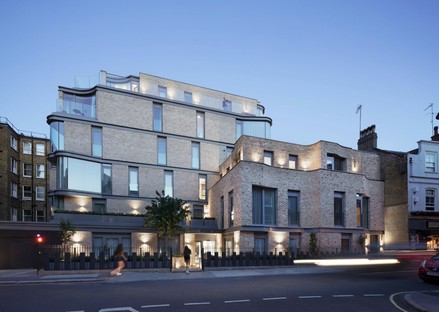 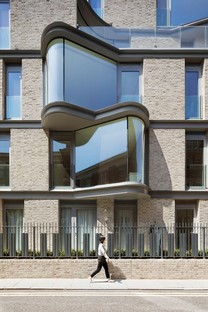 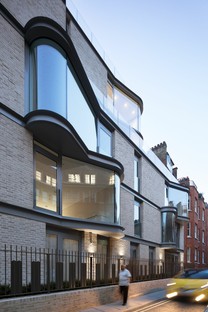 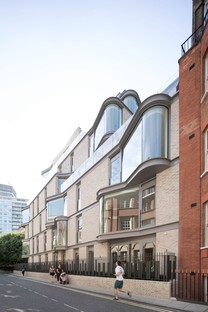 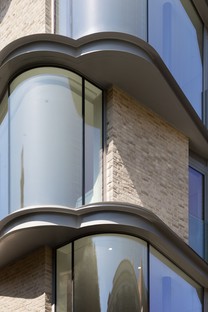 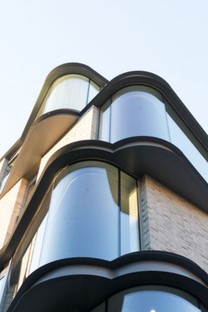