Dominique Coulon, an architect renowned for his experience designing school buildings, has built a nursery school in Buhl, Alsace. The Buhl nursery school reflects elements common to many of Dominique Coulon’s previous projects, such as use of colour, references to local history, and the importance of perspective. 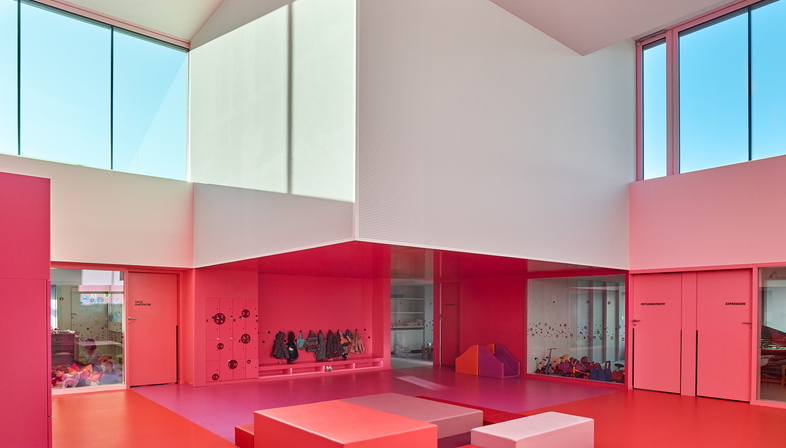 Dominique Coulon has considerable experience designing and building schools. The nursery school in Buhl draws on his study of childhood to create a series of creative, stimulating spaces for small children.
Buhl is a town in the valleys of Alsace where the community strongly identifies with a monument that is more symbolic than touristic: Hugstein Castle, a fourteenth century ruin. Right below it, at the entrance to the town, is a new nursery school which draws its inspiration from the castle, accepting and underlining this link between the people and the history of the place. The ruins of the castle towers inspire the towers rising above the classrooms on a single level. These volumes not only create an iconographic bond with the past, but serve to establish a balance in the lighting of the spaces for children because, as they are partially made of glass, they let in indirect light and offer unusual views of the sky and the peaks of the Vosges. The building’s hall is the clearest example of this. Built to a square floor plan, as if offset from the layout of the building, it forms its heart, as the spaces making up the school are distributed around it with direct views of it through glass walls. The hall is not entirely twice as high as the rest of the building, but only in part, because the remaining lower part of the ceiling is covered with a reflective film which produces pleasing visual effects.

Every aspect of the school is designed to stimulate children’s creativity, starting with the use of colour, which does not, as is often the case, produce a banal chromatic indigestion, but is the product of a choice of hues in scale, from pink to fuchsia and red, teaching children to note the differences between similar shades. Continuing in the glass parts which connect different spaces and therefore different activities, while also permitting the teachers to check on the children’s safety.
The hall both isolates and connects, breaks up and puts back together different functions, and its central location, comfortable toys and soft built-in furnishings form a little “square” where people can meet, eat together and make plans.


Buhl nursery school contains a lot of design elements that are also found in Dominique Coulon’s previous projects, like a vocabulary which the designer has developed and applied over the years, as in Josephin Baker school in La Courneuve, a suburb of Paris. Here too he uses colour as a spatially determining factor, resulting in highly minimalist internal finishes, from the lighting to the sliding doors and the decorative patterns; and he draws on the history of the place, even if only in the building’s figurative orientation and the permeable outer curtain framing new views of a landscape familiar to the children. The openings in the outer fence at the children’s level demonstrate that the building is truly designed for them and their point of view. 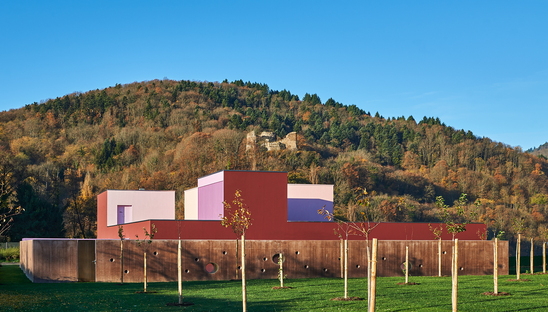 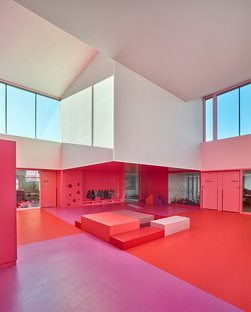 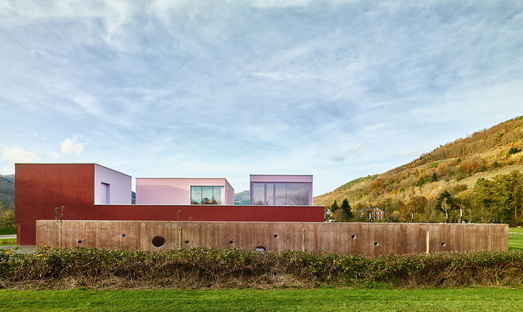 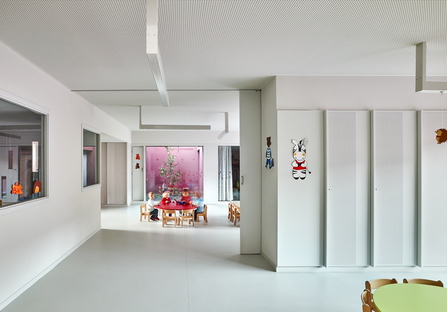 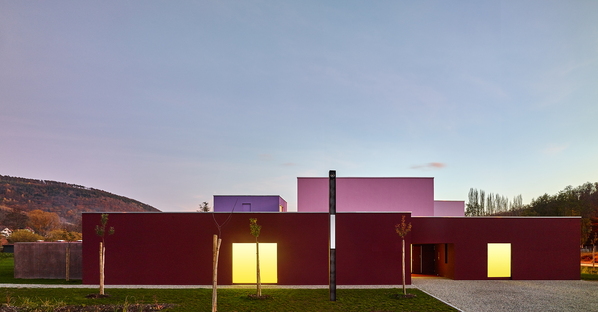 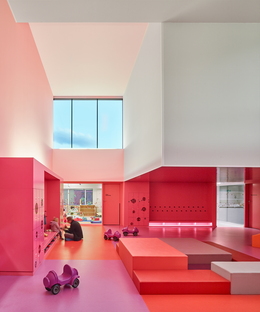 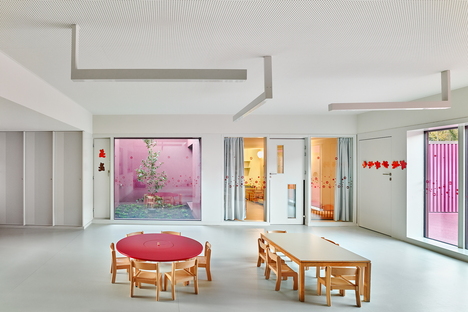 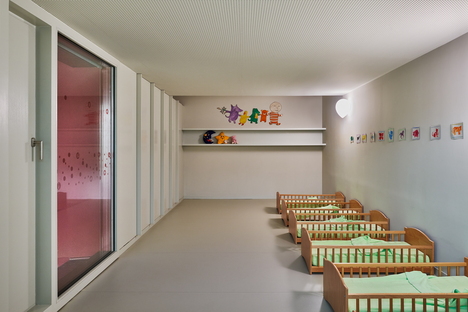 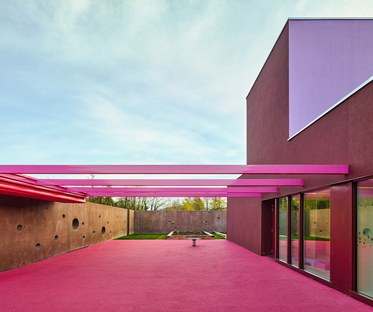