The archi-puncturist observes the city and, when he reaches the critical-spots, inserts his needles to alleviate the pressure points, releasing all the energy flow. 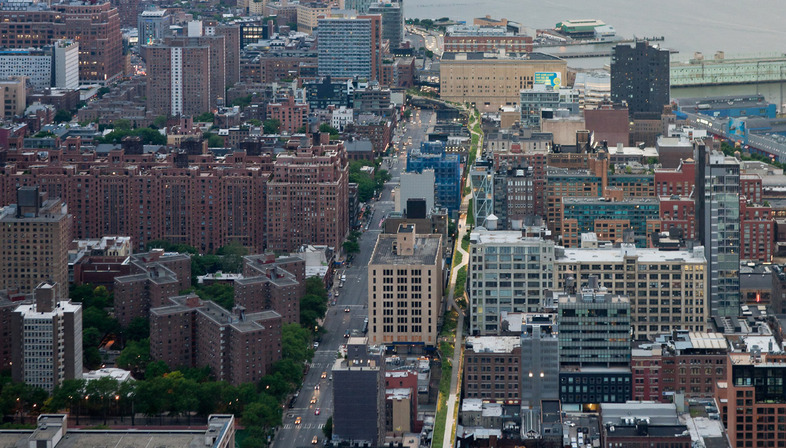 With attentive, delicate sensitivity, the archi-puncturist observes the city and, when he reaches the critical-spots, inserts his needles to alleviate the pressure points, releasing all the energy flow. These precise, single actions along meridians, touch nodes of tension that, once stimulated, acquire through time, with slow stratification, a new life. Not always the effect is of immediate change but the thoughtful, selective intervention gains from these potential joints inertia and momentum that lead to subsequent rejuvenation.  Marco Casagrande, a Finnish sociologist, metaphorically viewed the phenomenon as: “a weed that will root into the smallest crack in the asphalt and eventually break the city. Urban acupuncture is the weed and the acupuncture point is the crack.” Offering a quiet opening note to such vulnerable areas, away from a too rigid and strict architecture, small bottom-up projects have the power to cultivate organic collective growth, planting seeds of curiosity for communities, harnessing a positive will to participate.

Diller Scofidio + Renfro’s, in collaboration with James Corner Field Operations, landscape architects and Piet Oudolf, planting designer, in 2003 won the conversion of the New York City High Line. In the tranquil derelict, elevated railway segment, that stretches along the chaotic traffic of the west side of Manhattan, they rang a new tune transforming the disused steel infrastructure into one of New York’s most important year-round public park. By listening to what already existed, and with the generosity of renouncing an act of self-complacency, they gave people the chance to discover a new corner saturated with freedom in a verdant climax, strikingly contrasting with the over dense and crowded contiguous district. The needles have been put in absolute respect of the fascinating wild character offered by the native state of abandonment. Discreet, wise touches have fermented natural growth of abundant thickets of bushes from large openings in the wood paving "By opening the paving, we allow the plants to bleed through," said landscape architect James Corner, "almost as if the plants were colonizing the paved areas. There's a sort of blending or bleeding or suturing between the hard paving, the surface for people to stroll on, and the planting …”.

Hundred of native, resistant, low maintenance plants provide food and shelter to wildlife species, ensuring biodiversity. The entrance points, numerous and accessible to everyone, even to people with disabilities, are all marked by wide heterogeneity: a variety of programs foresees water-features with sundecks, open lawns, seating steps and iconic overviews.  Avoiding proposals completely pre-packaged, the team has been able to create a really shared lush natural environment, a ‘pathless’ situation that lets people freely wander and decide to live the park as they like. Once the groundwork had been set with a soft but precise tailoring, the High Line has started to polarize spontaneous participation and still today continues to attract attention. The project dates back to 2009 and during all these years, instead of losing its enamel, has become an increasingly significant, relevant piece of the metropolitan identity, able to actively involve even wider collectivity of all ages and with different personal interests. The community-driven green setting engages neighborhood and volunteer groups offering opportunities of urban gardening, artistic and cultural events. The scope is to create a sense of belonging through the responsibility of management of the common open greenway.  The park imbeds a vibrant life cycle—its decay and rebirth—in constant evolution, offering and nurturing an active, living ‘platform for all stories and voices’. 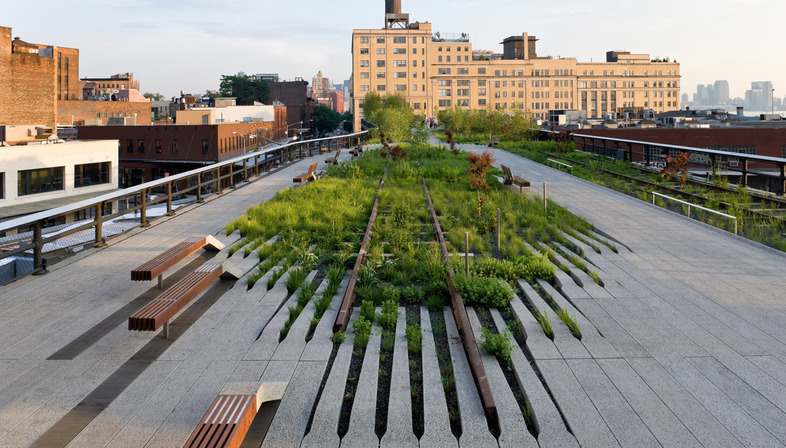 The archi-puncturists have not neglected their ‘patient’, feeding time to time the energy flow with intense moments of engagement and connection, as with the initiative of ‘The Mile-Long Opera: a biography of 7 o’clock’. Diller Scofidio+Renfro and the Pulitzer Prize-winning composer David Lang, exploiting the theatricality of the location, have transformed the 30-block-long tracks into a single stage, where every evening, at the same time, one thousand singers play a choral performance, sharing a multitude of real, personal narratives in the rapidly changing capital. It is a sort of emotional and physical immersive experience: the hour of gathering is not casual but highlights how this moment of transition from work to family and home is drastically mutated. Transformation and city life are the themes of the opera: people have to walk slowly and silently, without phones, meandering around the actors, reflecting about the different perspectives. The aim is to create intimacy despite the noise of the surrounding and the large attendance of the public. The set is highly scenographic: only glowing hat rims or styrofoam coffee cups illuminate the faces of the performers while from the elevated position is possible to observe old and new buildings that, as backdrop of the podium, offer unexpected, spontaneous contributes, no part of the script.

The successful formula of the punctual manipulation lies in the completion of an interstitial void, bridging the fragmentation in respect of the adjacent spatial zones, maintaining the vibe of the different temporal expressions and provoking a charismatic interaction between them. The discontinuity of a time that remains for a moment suspended between past and present confers to this gash, in the chaotic and noisy urban compactness, the seductive power of the contrast. The High Line acquires real connotation of in-between space, lending itself to a game of unexpected meanings, an inexhaustible possibility of strategies, ingredients and declinations. Encounters, relationships, new formulas amplify its vibrations and inclusive strength. Model of collaborative design of social and political relevance, the prominent work, releasing the pressure along this meridian, has inspired and provoked a ripple effect throughout Manhattan body: many new projects have started in the nearby proximities, and from that moment to revitalize abandoned structures into public realm has become a trend, more and more widespread. 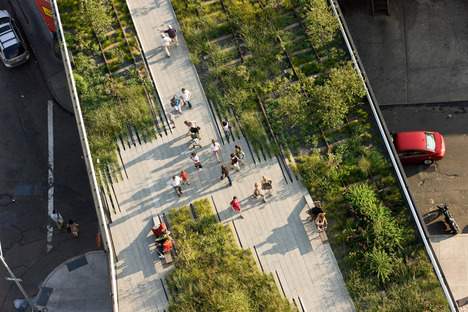 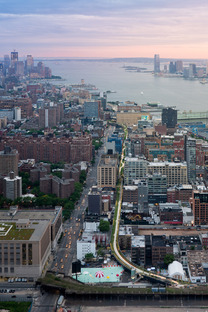 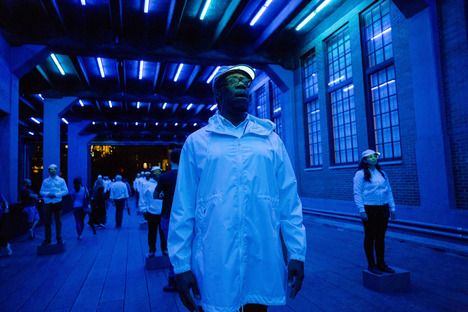 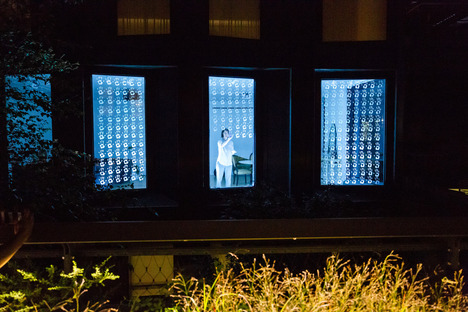 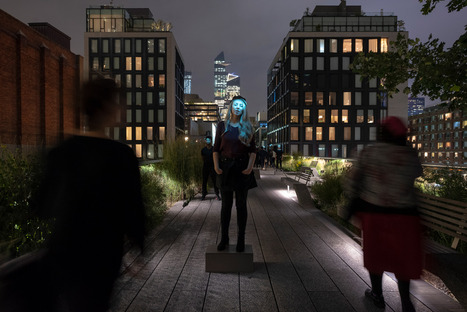 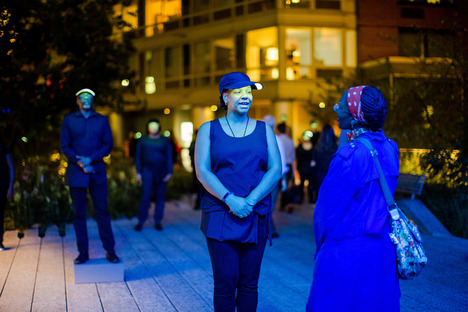 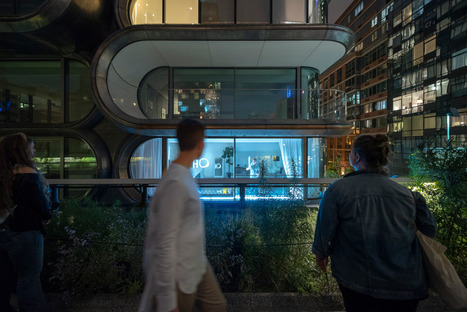 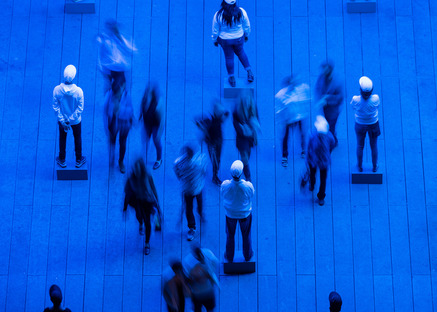 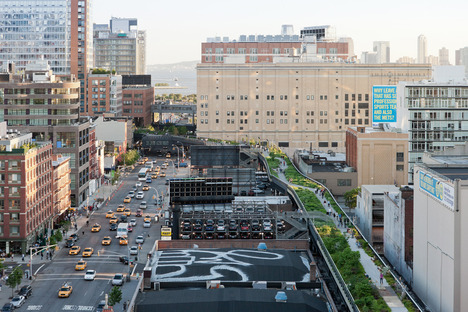 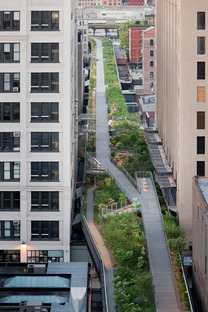 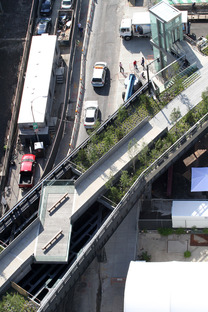 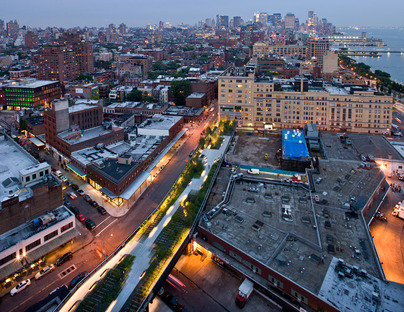 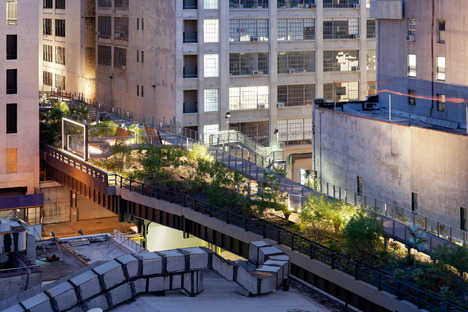 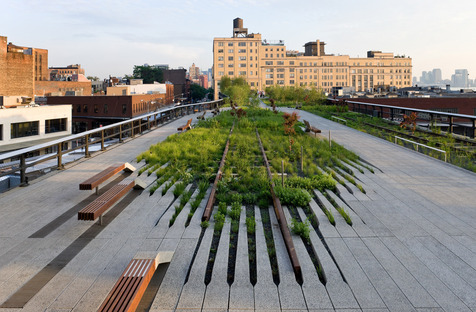 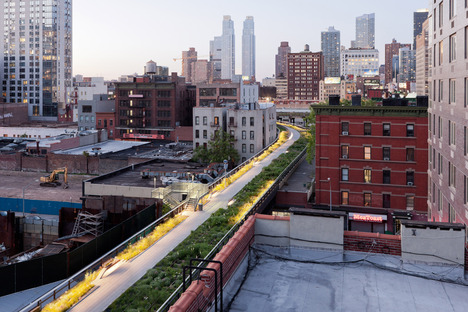