Last June, Cooper Hewitt, Smithsonian Design Museum presented an exhibition created by curator Cynthia E. Smith, entitled Designing Peace and asking five basic questions to explore the role that design, in the broadest sense of the word, can play in pursuing peace. Designing Peace will be open to the public until September 2023, showcasing forty projects from twenty-five different countries. 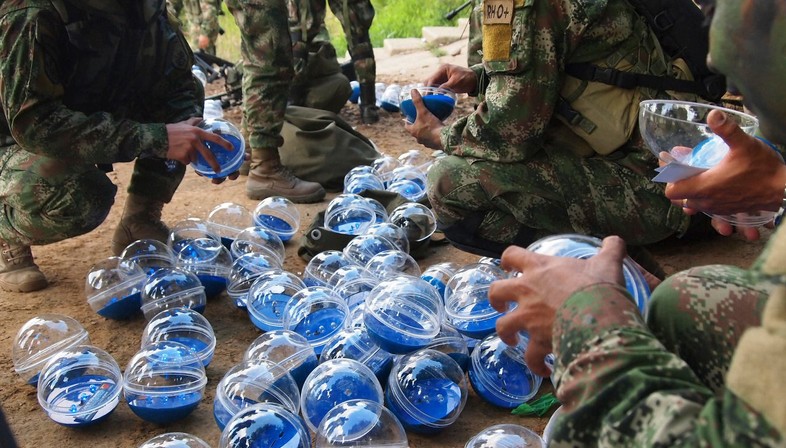 Five questions exploring the role that design, in the broadest sense of the word, can play in pursuing peace. Designing Peace is the name of an exhibition that opened in June at Cooper Hewitt, Smithsonian Design Museum in New York, open to the public until the fourth of September 2023. The name chosen by curator Cynthia E. Smith with Caroline O'Connell is self-explanatory, while the intention of the selection of projects on display is to focus as much attention as possible on what it might mean to "design peace".

Designing Peace maintains continuity with a series of exhibitions focusing on issues of humanitarian aid and international cooperation which Cooper Hewitt has been holding in recent years. Its goal is to make people more aware of the most pressing issues faced by the world and humanity today; as Cynthia E. Smith stated in a press conference: “As America’s design museum, Cooper Hewitt advances public understanding that design can be a force for good. Peace building and design are dynamic processes which involve engagement, understanding context, trust-building, communication and iteration. This exhibition will explore the role of design in building peace and resilience—and proposes that peace is not abstract and remote, but can be local, tangible and even possible”.

The exhibition encourages critical reflection on today’s global dynamics: social, environmental and economic inequality, as well as ongoing conflicts. Designing Peace looks at what could concretely be obtained if society took into account the United Nations’ 17 sustainable development goals, which demand peace, justice and strong institutions through elimination of hunger and poverty, improvement of health and education, construction of more resilient cities and infrastructure, promotion of innovation, action on climate change, and more. The exhibition showcases 40 proposed projects, initiatives and interventions in 25 countries, exhibiting objects, models, full-scale installations, maps, images and films.

The five questions posed in the exhibition are: "How can design support safe, healthy, respectful environments?", "How can design address the root causes of conflict?", "How can design engage creative confrontation?", "How can design embrace truth and dignity in a search for peace and justice?" and, lastly, "How can design help transitions from instability to peace?"
The answers remain open, and in some cases are concrete, such as the Regreening Africa app created to track the efforts of institutions and the population to combat deforestation, or HarassMap, created by four Egyptian women suffering from sexual harassment. In other cases they are purely artistic and aesthetic in nature, such as the Teeter-Totter Wall, three pink teeter-totters which Rael San Fratello installed on the border between Mexico and the United States. Then there are speculative works of concrete power, such as BLUE: The Architecture of UN Peace Missions, which conceives of United Nations camps not as shut-in, temporary fortresses, but as catalysts of local development supplying services and remaining in use even after the peace forces have left. A final project worthy of note, before we leave it up to our readers to discover all the works on exhibit, is Stone Garden by Lebanese architect Lina Ghotmeh: a mixed-use tower on 13 floors built in Beirut to give material form to the suffering and challenges the city has endured since the war. 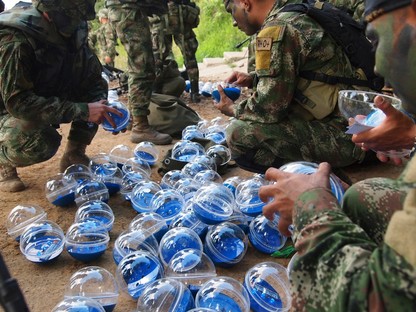 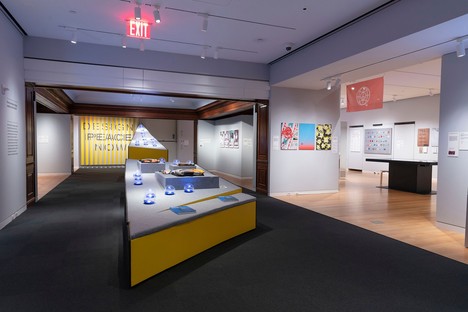 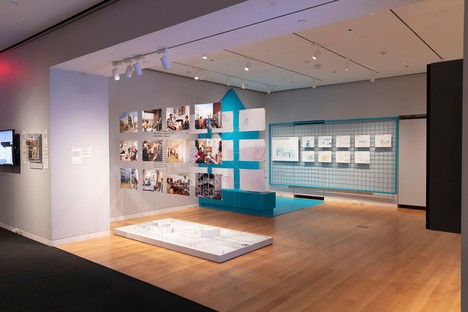 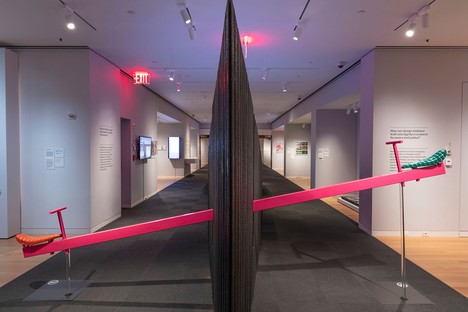 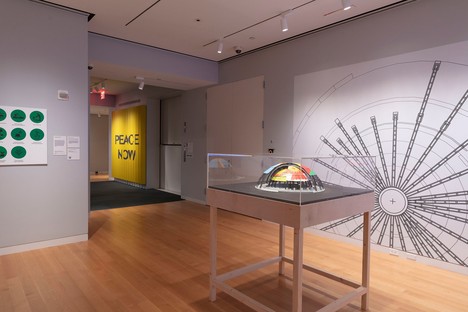 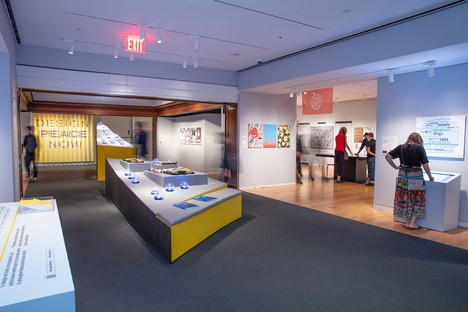 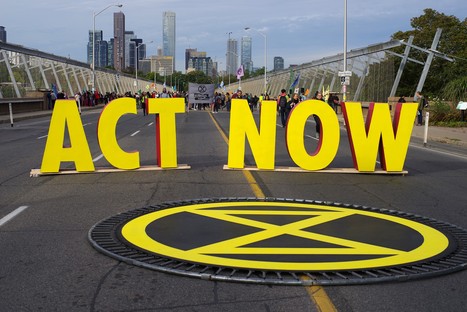 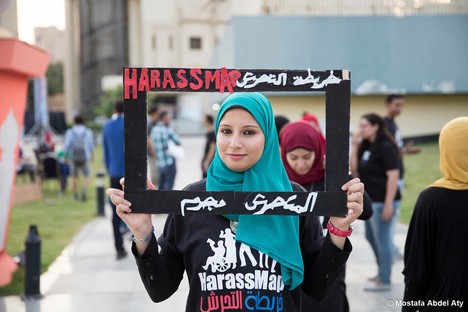 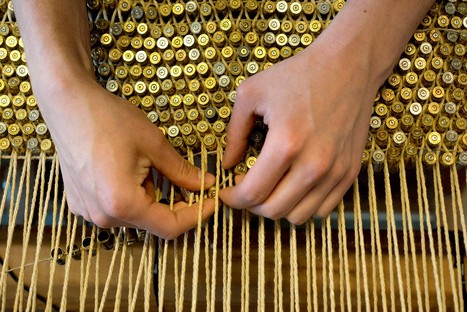 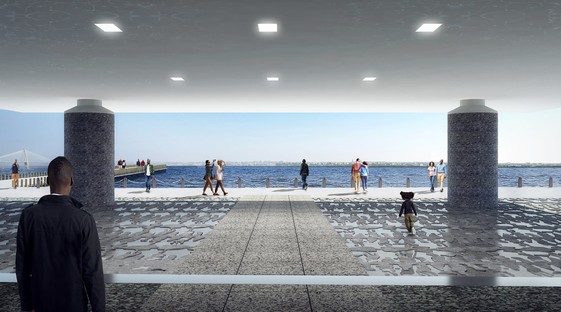 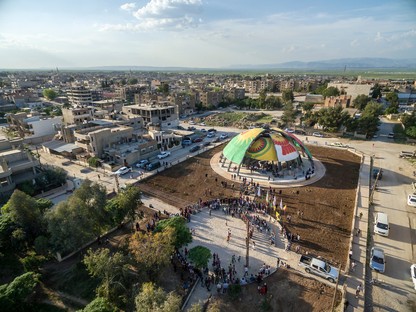 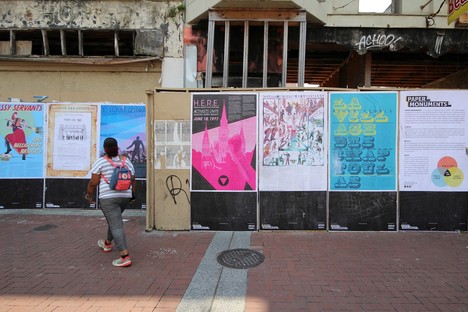 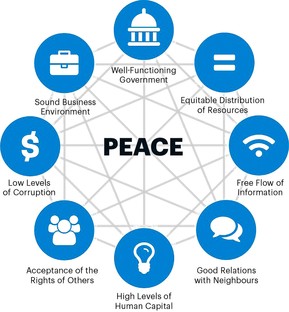