The pandemic, TikTok - the social network of the moment, Minecraft, and projects for sanitising water and making bioplastics are only a few of the themes addressed by the candidates for the Beazley Designs of the Year. The thirteenth edition of the awards promoted by the Design Museum in London began on October 21, 2020. The 74 finalists selected by a committee of international experts offer a snapshot of today’s world through the lens of design. 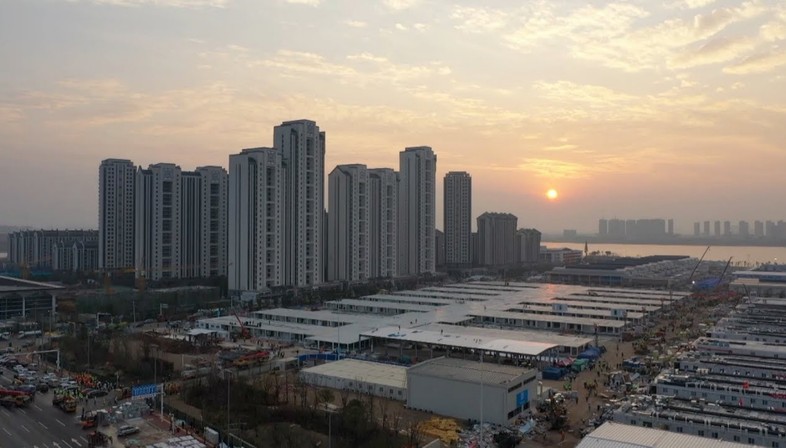 On October 21 the Design Museum in London inaugurated the thirteenth edition of Beazley Designs of the Year with an exhibition of 74 candidates for prizes in six categories (Architecture, Digital, Fashion, Graphics, Product and Transport), presented through sketches, models, prototypes, videos and photographs. The winners in each category and the overall winner will be announced on November 26, 2020.
The 74 finalists selected by an international committee composed of curators, critics and designers are projects which have had a great impact on critics and the public and offer a snapshot of today’s world through design.
It is inevitable that themes such as "health and sanitation" should be considered important in a year in which the Covid-19 pandemic has limited travel and determined the new rhythms of our everyday lives. The candidates include Leishenshan Hospital, the hospital in Wuhan built in only twelve days by 10,000 workers, a mobile water filtering system, a self-sanitising door handle and even the 3D rendering of the SARS-CoV-2 virus, also known as coronavirus or Covid-19. The image, now familiar all over the world, was created in the United States by Alissa Eckert (MSMI) and Dan Higgins (MAMS) in January 2020, commissioned by the Centers for Disease Control and Prevention to inform public opinion about the coming pandemic. There are also plenty of examples of how design and technology can play a key role in restoring freedoms denied by oppressive regimes, such as the virtual library created in the popular videogame Minecraft by Reporters Without Borders in partnership with DDB Germany and design studio blockworks. The virtual library, accessible only in the videogame, allows players to read magazines and articles which have been censored in countries without freedom of the press. Other projects aim to improve social inclusion, such as the Lego Braille Bricks developed by LEGO Foundation and LEGO Group in partnership with associations for the blind all over the world. They are building blocks which are perfectly compatible with the Lego we are all familiar with, in which the studs (on the top of the brick with the logo on them) are arranged to correspond to individual letters and numbers in the Braille alphabet. Each brick also shows the printed version of the same letter or number, so that seeing and sight-impaired children can play with them on equal terms.
In architecture, in addition to Leishenshan Hospital in Wuhan, the works on exhibit include the set for the film Parasite by Lee Ha Jun and projects focusing on environmental and social issues, including: UCCA Dune Art Museum by OPEN Architecture, sculpted in the sand dunes of the coast of southern China; Goldsmith Street, Norwich by Mikhail Riches architectural studio, winner of the 2019 Riba Stirling Prize; the prototypes for Housing No.8, thirty-two low-cost homes built by traditional methods and designed by Mexican and international architects for the masterplan of the Mexican city of Apan by MOS Architects, and the Arbre Blanc in Montpellier, France, a residential tower with balconies that fan out on its façade, inspired by the shape of the branches of a tree, designed by Sou Fujimoto Architects, Nicolas Laisné, Dimitri Roussel and OXO Architectes. 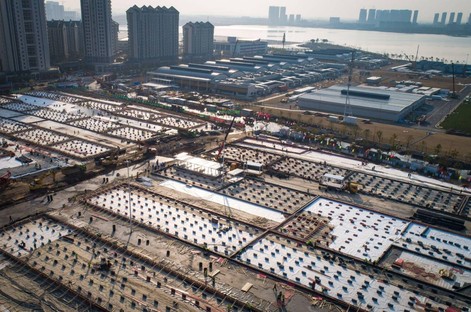 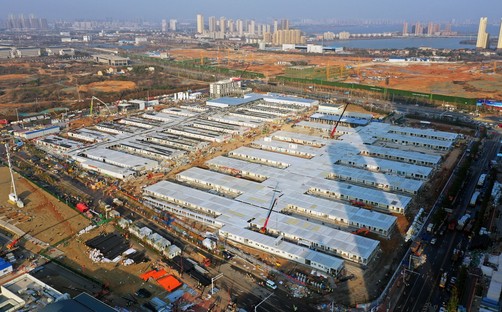 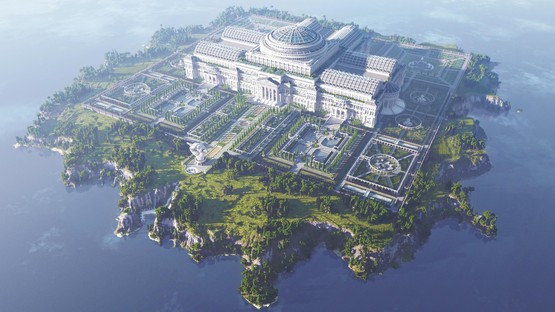 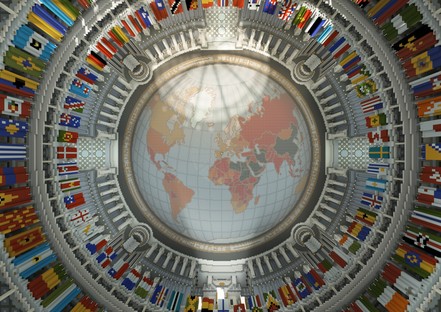 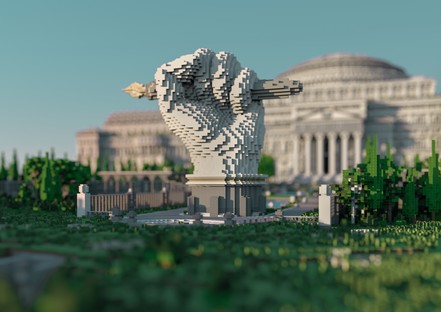 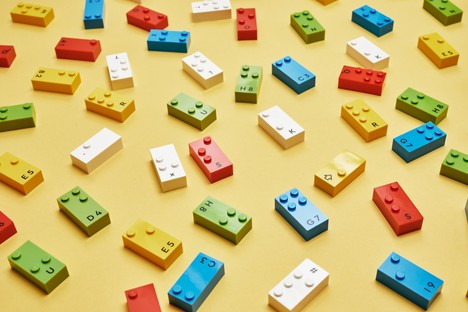 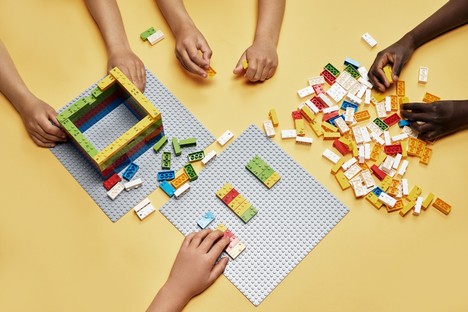 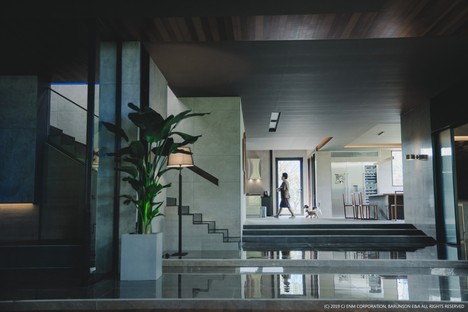 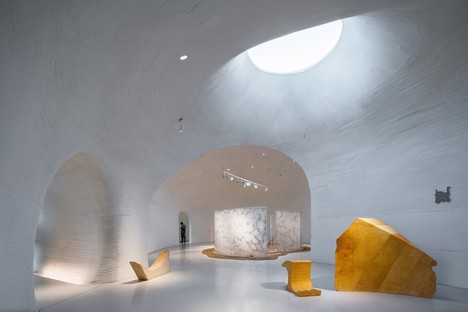 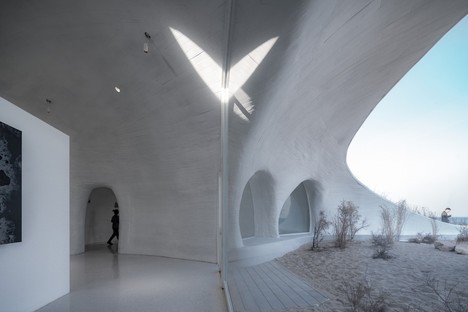 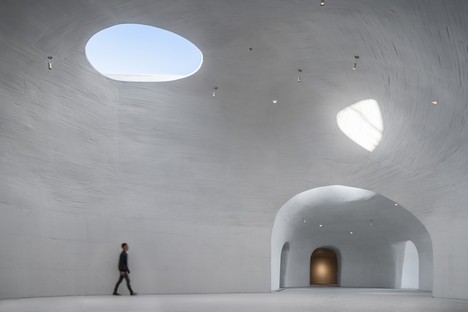 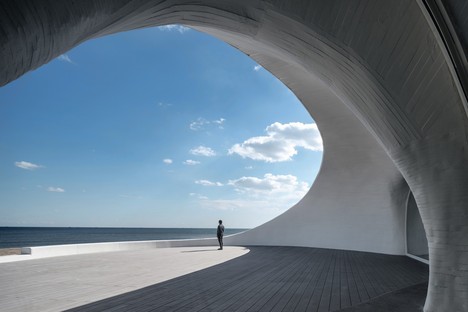 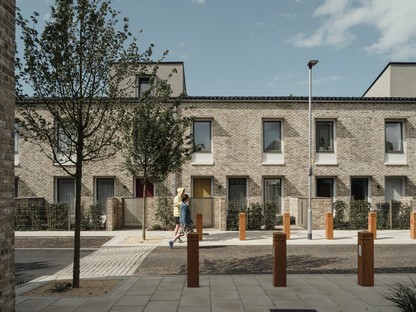 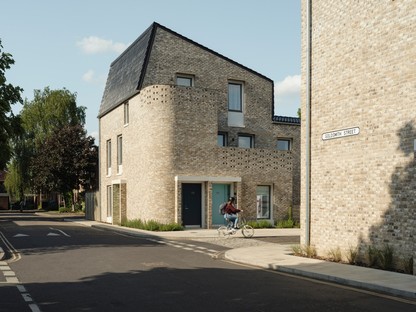 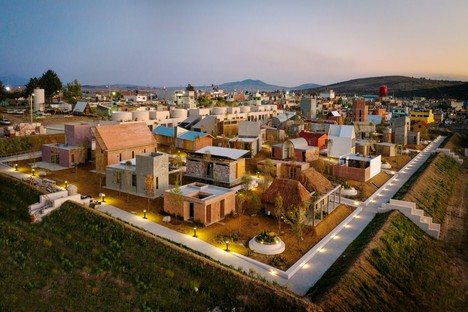 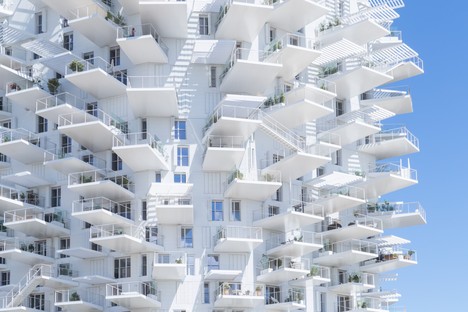 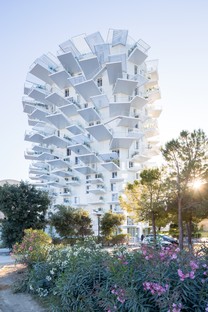 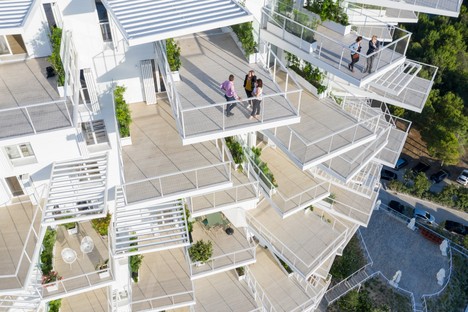