Felix Speller for the Design Museum,

Starting on June 19, in London, visitors can enjoy immersive experiences into the creations of Charlotte Perriand, through the reconstruction of some of the artist’s works, such as the famous apartment designed for the 1929 Salon d'Automne and a number of iconic furniture pieces like the "Chaise Longue Basculante" and the "Fauteuil Pivotant". The exhibition dedicated to the French architect and designer, considered one of the founders of contemporary design, is currently on at The Design Museum in London and will run until September 5 of this year. 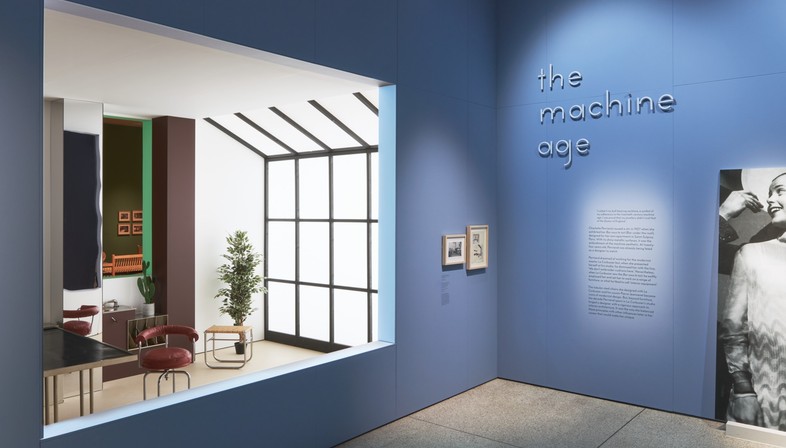 25 years after her last exhibition in London, The Design Museum has dedicated an extensive new retrospective to Charlotte Perriand, French architect and designer considered one of the founders of contemporary design. The exhibition, which opened its doors to the public on June 19 and is curated in collaboration with the Perriand family and the Louis Vuitton Foundation, not only presents sketches, photographs, albums, prototypes and objects designed by the artist, but also allows visitors to enjoy immersive experiences into the work of Charlotte Perriand. All this is made possible thanks to the large-scale reconstruction of some of her most famous interiors, such as the famous apartment designed for the 1929 Salon d'Automne held in Paris, as well as a number of iconic and original furniture pieces such as the Chaise Longue Basculante and the Fauteuil Pivotant. In addition to putting the spotlight onto the figure of the designer and her creative process, “Charlotte Perriand: The Modern Life” tells the very story of the artist’s life, that of a proud independent woman, a pioneer, a sportswoman and a world traveller. The intent is to return her to her rightful place in the history of design, recognising her fundamental contribution to the conception and design of modern interiors, often overshadowed by her more famous male colleagues and collaborators, including Le Corbusier, Pierre Jeanneret and Jean Prouvé. In fact, it is only in recent years that her work in furniture design has matched that of her peers, seeing the interest of collectors grow.

Through the three sections in which it is divided – The Machine Age, Nature and the Synthesis of the Arts and Modular Design for Modern Living – the exhibition narrates the designer’s artistic journey, from the aesthetics of machines, to her more natural forms in wood when, starting in the late 1930s, her projects began to acquire an organic quality thanks to the study and photographic collection of objects found in nature. A path that would lead her to define the notion of “synthesis of the arts”, intended as a vision of interiors conceived as a union of art, design and architecture. A journey that begins from the apartment-studio that the architect had created for herself in Paris, in Saint-Sulpice, continuing with other important reconstructions such as the 1929 project referred to earlier, rebuilt by Cassina, and the London subsidiary of the Air France office designed in 1957. The third section of the exhibition, on the other hand, is dedicated to the study and development of modular projects, designed to be easily adaptable and accessible, considered the best furnishing system for post-war reconstruction. An example is the metal shelving designed for the Maison du Mexique, which today have become sought after collectible items. At the end of the exhibition and perhaps its high point, visitors find themselves face to face with the project created for the Les Arcs ski resort in France. A project that showcases the designer’s love for nature and for the outdoors, as well as her biggest and most ambitious project: a complex for 30,000 skiers where the buildings fit seamlessly with the contours of the mountainous landscapes, presented to visitors as a virtual tour of the resort.

Images courtesy of The Design Museum
Photography: Felix Speller
Models: Sube Wallen and Amani Bouri, with thanks to WOKE Management 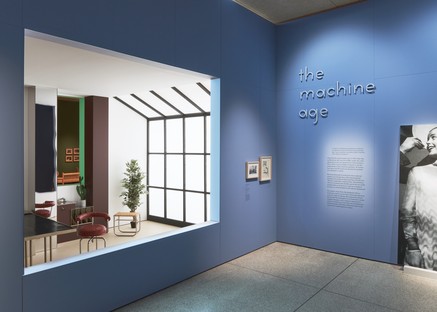 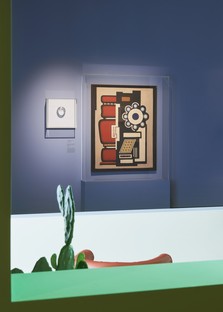 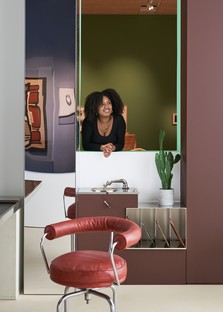 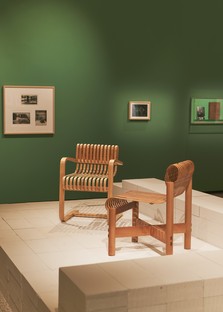 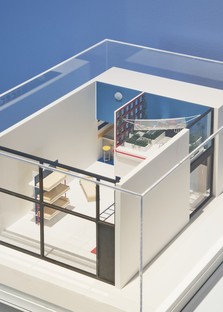 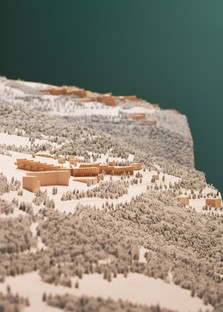 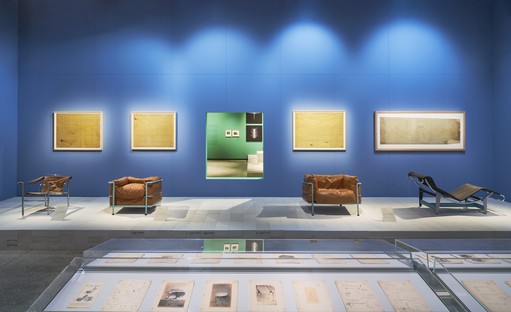 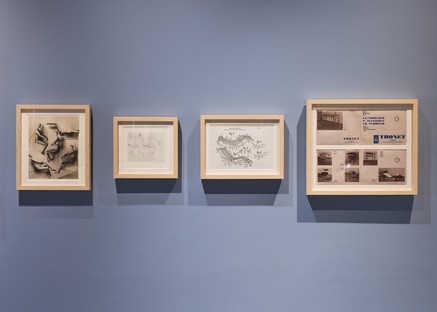 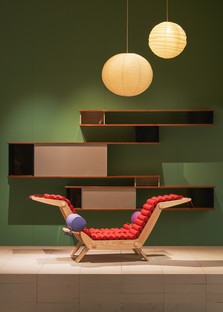 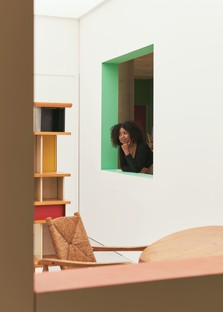 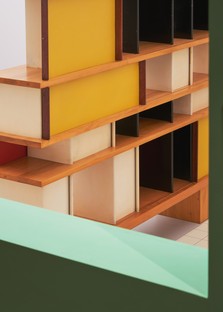 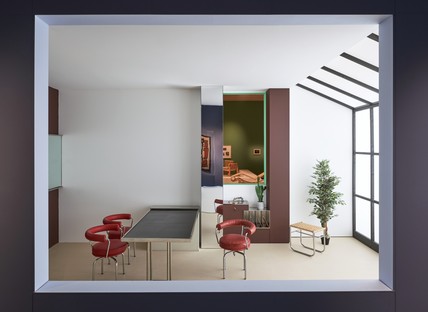 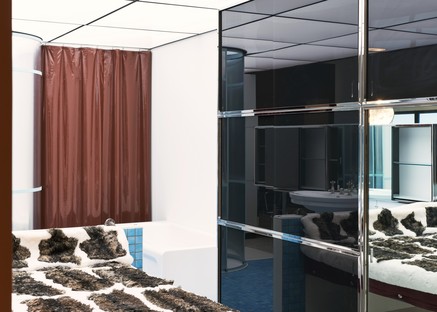