In Milan, in the Cascina Merlata area, a major residential development is underway. It is one of the largest in Europe in terms of size. In this context, at the northern end of the Highrise Village and bordering the park, is lot R11, where the residential towers designed by C+S Architects have been constructed. 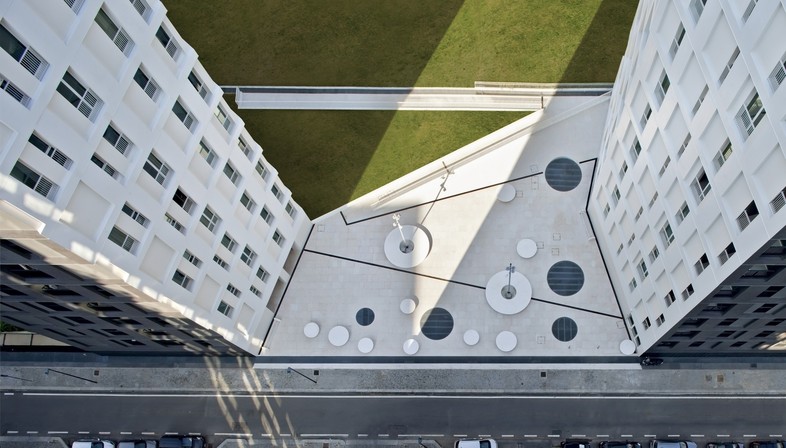 A single building volume with fences and condominium spaces, this was originally the project planned for the R11 plot, as part of a major residential development in the Cascina Merlata area, Milan. In contrast, C+S Architects showed how it was possible to achieve a similar result, in terms of the residences on offer, with a project that included significant added value for the community. By breaking the building volume into two parts, a fourteen-storey tower and a twelve-storey tower, the architects created a square that serves as an urban gateway between the Highrise Village and the nearby park.
“C+S firmly believe in the potential of a free, well-designed public space capable of being activated by people, their memories, their dreams and their experiences that will help create future memories and identities” this is how the architects Carlo Cappai and Maria Alessandra Segantini, founders of the C+S studio, clarify the thinking behind this important choice shared with the client. Continuing, the architects explain that, in such projects, they seek to return to citizens “the seeds of a shared public space that they can cultivate with their actions”.

The square designed by C+S Architects is inspired by the idea of the “Venetian campo” a shared space with an important urban role. By creating connections in the urban fabric and mediating the transition between the natural landscape of the park and the built space of the two residential towers, the square bridges the different levels and overcomes a height difference of no less than 2 metres with a series of sloped green planes. In addition, it connects and consolidates the identity of the two buildings by offering the public a common space to be experienced and used in different ways: seats for relaxing, areas for skateboarding, and a children's playground created in collaboration with the Social Housing Foundation through a participatory project.
The two buildings appear to rise from the same mass split in two by the public space, containing a total of 103 energy class A apartments with a series of hybrid spaces arranged on the ground floor for the use of the residents. The cladding of the façades is dark in colour towards the village to blend in with the hues of the neighbouring buildings. On the square, it is white to create chromatic continuity between the horizontal plane of the common space and the vertical plane of the towers. Finally, on the upper levels and through the iridescent effects of the mosaic, the architects pay homage to the interiors designed by a master of Italian design, Gio Ponti, interpreting the square as the interior to be inhabited in a city. 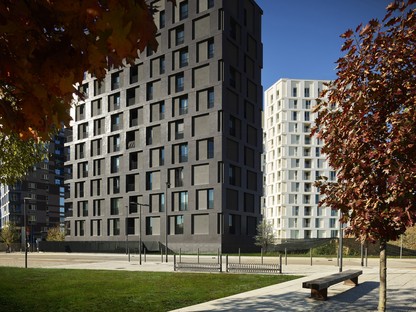 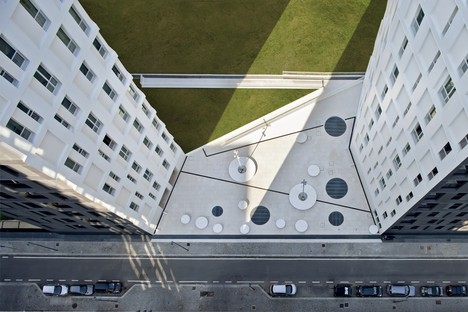 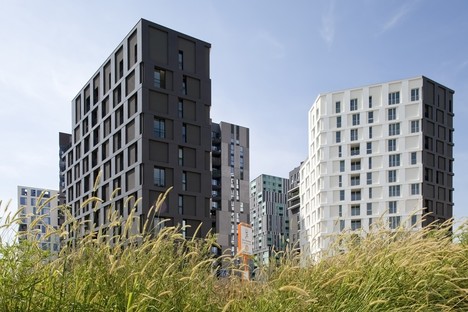 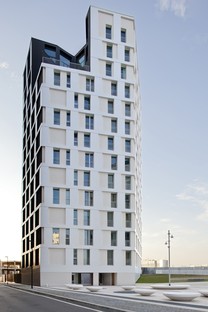 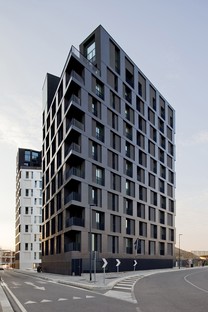 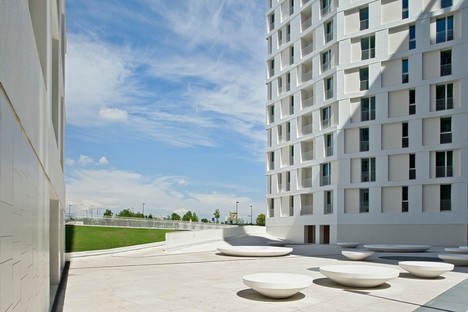 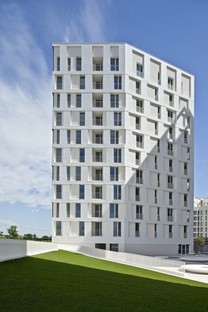 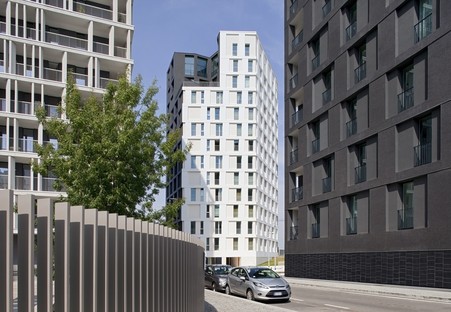 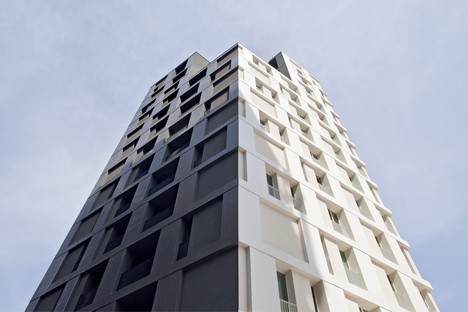 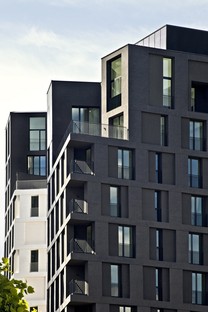 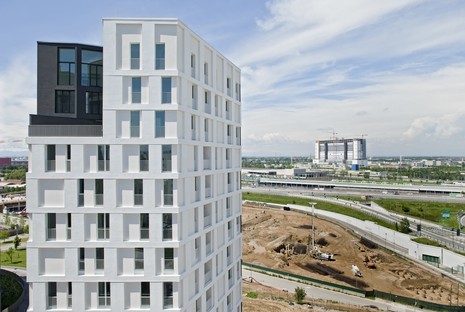 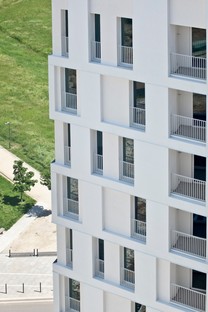 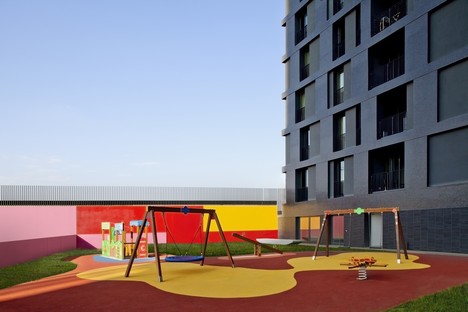 NeatStudio’s House in Roccamare, living between the pine forest and the sea