Creation from Catastrophe exhibition at The Architecture Gallery, London The devastating consequences of disaster and war can become an opportunity for a new birth, a blank slate, inevitably raising questions about the fragility of architecture, its relationship with nature and the very way in which we address reconstruction.
The exhibition, "Creation From Catastrophe: How Architecture Rebuilds Communities", which opened recently at The Architecture Gallery run by RIBA in London addresses these issues through the work of Yasmeen Lari, Alejandro Aravena and ELEMENTAL, OMA, Shigeru Ban, NLÉ, Toyo Ito, Metabolism (Kenzo Tange and Kurokawa Kisho) and Sir Christopher Wren.
The exhibition looks at projects built in the wake of disastrous events such as the fires that destroyed London in 1666 and Chicago in 1871, the 1875 Lisbon earthquake and natural disasters in more recent years, such as those in Chile and Pakistan in 2010, in Japan in 2011, in Nigeria and New Jersey (USA) in 2012, and in Nepal in 2015.
This chronology also represents a change of direction introducing a new way of addressing reconstruction, no longer on a top-down basis but through a participatory basis drawing on local traditions and materials, in which the affected community plays an active role. The role of architects and architecture is no longer simply designing, but facilitating and promoting the rebirth of a spirit of community. 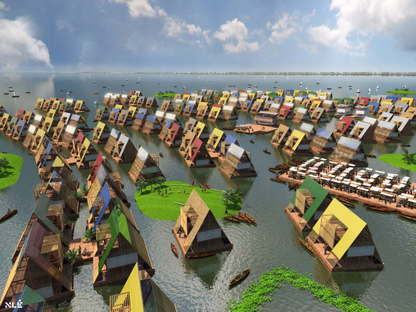 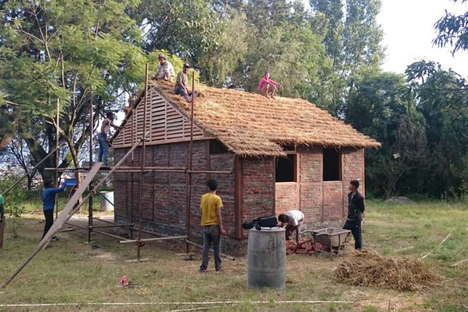 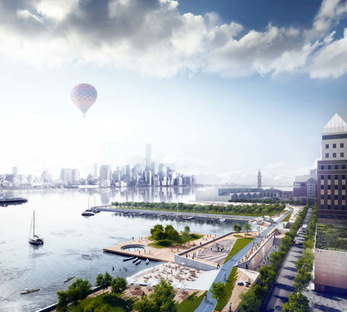 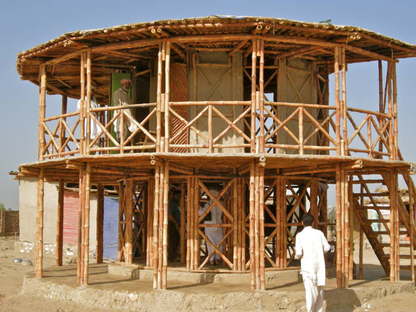 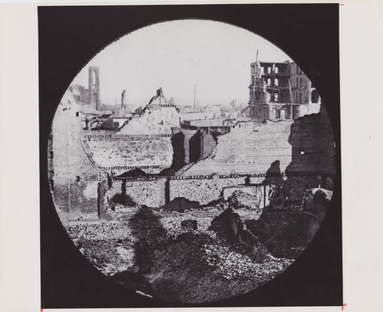