CR2 Arquitetura, the studio founded by architects Cecilia Reichstul and Clara Reynaldo, planned the architectural and interior restyling of a big house constructed in the 1960s in one of the most luxurious neighbourhoods in San Paolo, Brazil. With only minimal work, the architects transformed a home that appeared cramped and neglected with brightly lit, open spaces, even expanding the garden. 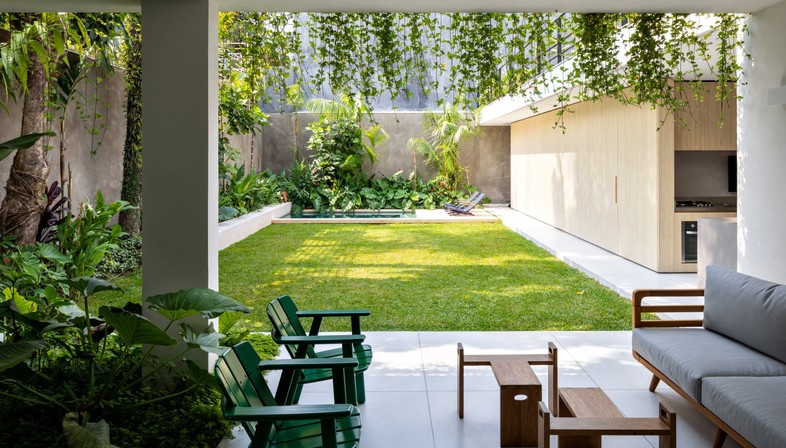 CR2 Arquitetura, the studio founded by architects Cecilia Reichstul and Clara Reynaldo, completed the architectural and interior restyling of a big home renamed Jacupiranga House, constructed in the 1960s in Jardim América, one of the most luxurious neighbourhoods in San Paolo, Brazil.
Cecilia Reichstul and Clara Reynaldo appear to have done very little, but they have in actual fact transformed the whole house: what appeared to be a neglected house with very little outdoor space has become a luxury family home, a brightly lit, open house with extra green space, as shown in Fran Parente’s photographs. The architects created a hanging garden accessed directly from the first-floor master bedroom or from the garden and swimming pool via a metal staircase. 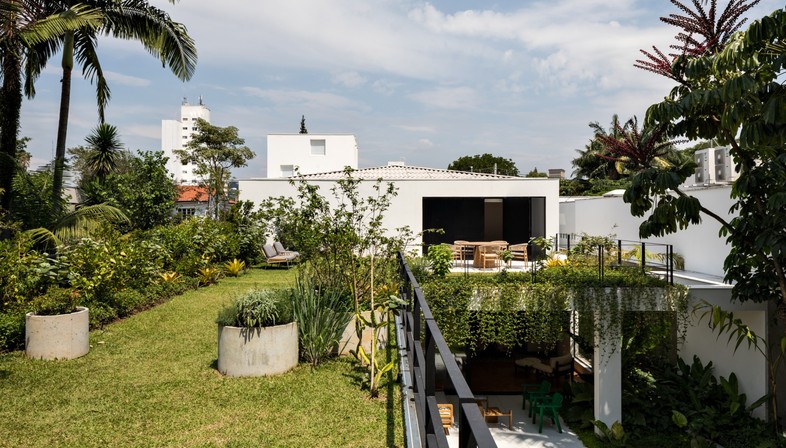 Though the 400 sqm house and the lot on which it was built, measuring 15 x 42 metres, were certainly not small, the architects of CR2 Arquitetura found themselves dealing with narrow, dark spaces. The original building, constructed in 1965 in this luxurious district in San Paolo, was made up of small rooms with narrow windows, and the garden space had been eaten away by successive expansions on the house.
Cecilia Reichstul and Clara Reynaldo radically transformed the home, redesigning both the inside and the outside. The project reveals great attention to detail, with important changes such as invisible window frames and elimination of the existing gutter, offering the clients a completely new house with clean, Modernist lines, large windows overlooking the greenery around it, and generous outdoor spaces, even on the level of the top floor.
The first step toward completely renewing the image of the home and the spatial qualities of its rooms was freeing the garden of the extensions, restoring its function as an open green space. In this reclaimed space the architects installed a pool and designed a utility block covered all over with planks of wood, containing not only a bathroom for the pool and a storage area but a wine cellar and a gourmet kitchen facing the dining room. The 90 cm overhang of the roof over the service area provides a sheltered path around the building. The garden continues on the opposite side of the block, ensuring increased visual permeability of all the spaces and expanding the apparent size of the garden. The master bedroom and bathroom on the top floor of the house open onto a terrace forming an "L" with the roof of the new utility block and entirely covered with a hanging garden: a luxuriant green space with plants and trees, as shown in the photographs by Fran Parente. 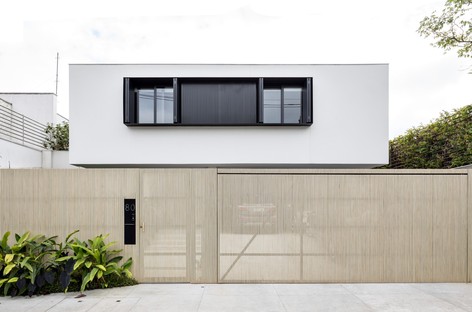 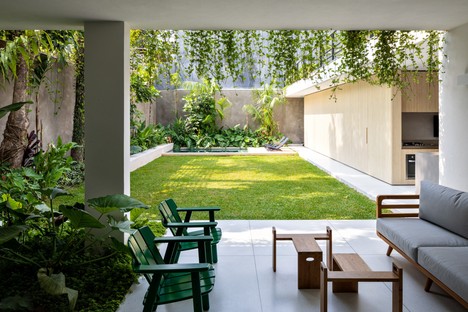 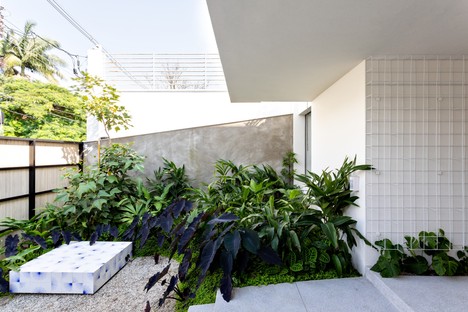 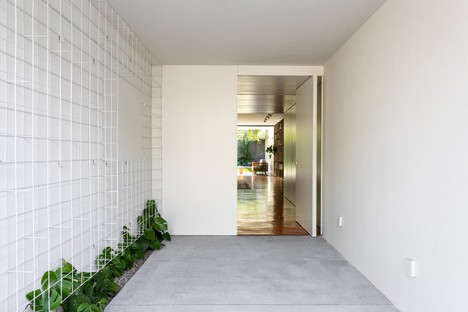 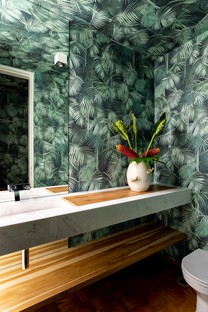 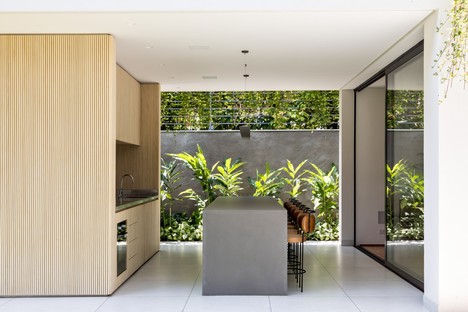 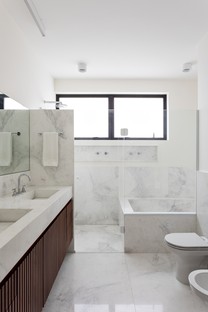 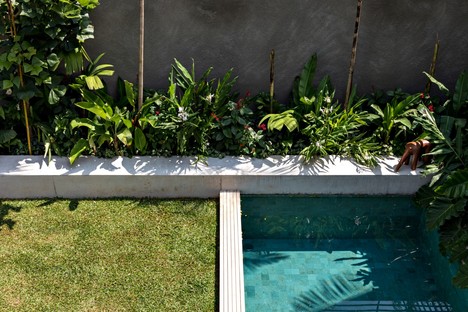 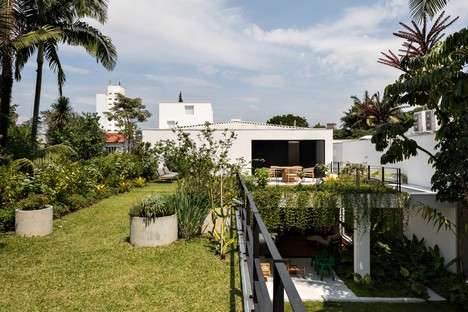 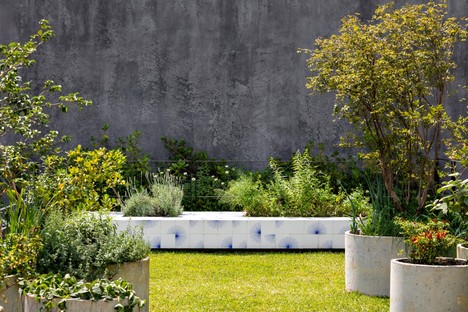 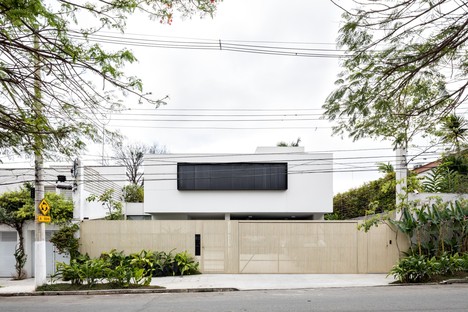 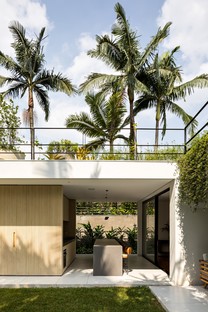 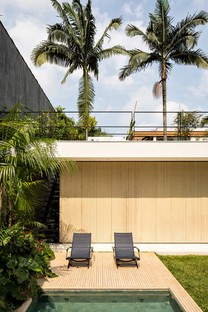 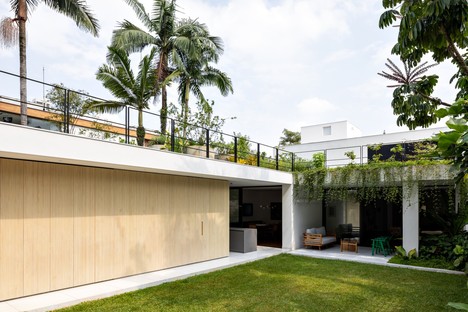 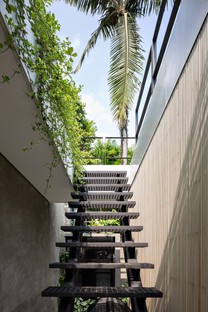 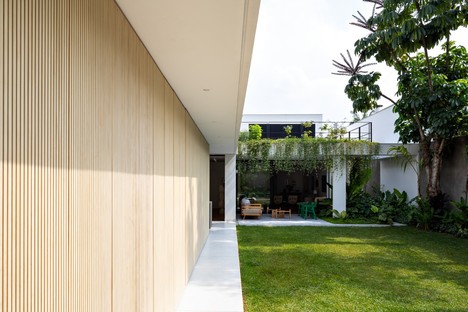 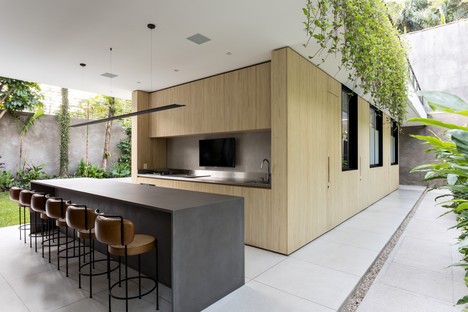 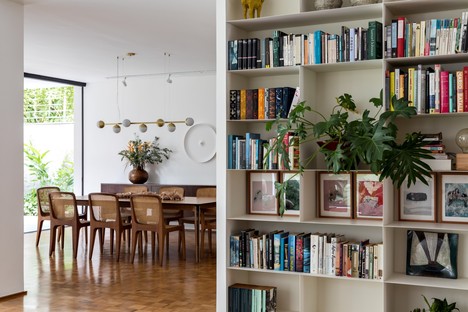 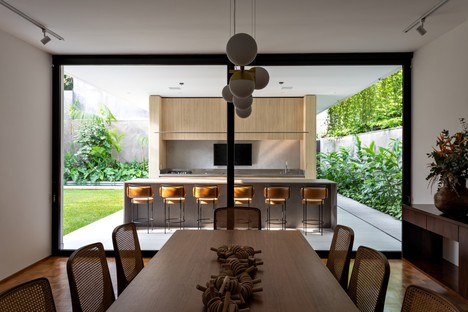 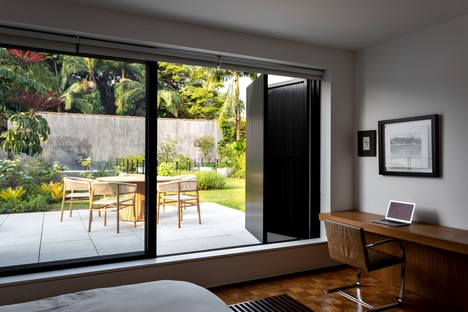 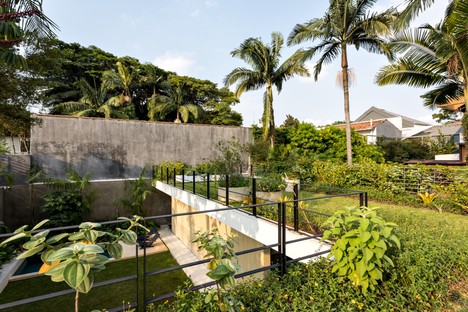 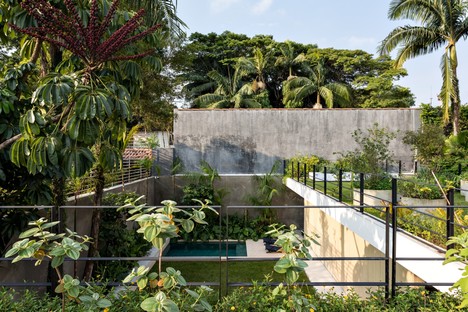 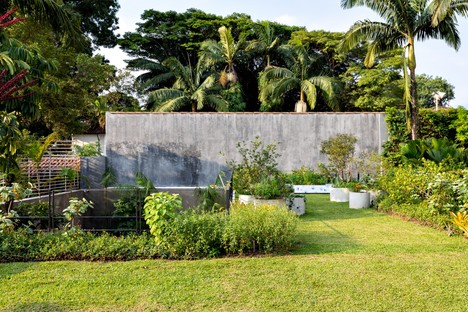