Chyutin: The National Institute for Biotechnology in the Negev

Chyutin Architects built the National Institute for Biotechnology in the Negev in Beer-Sheva, Israel. The weight of the concrete buildings around the complex is dissolved in its glass façades. The ground floor literally and metaphorically raises up the NIBN, with the offices and laboratories on its upper levels. 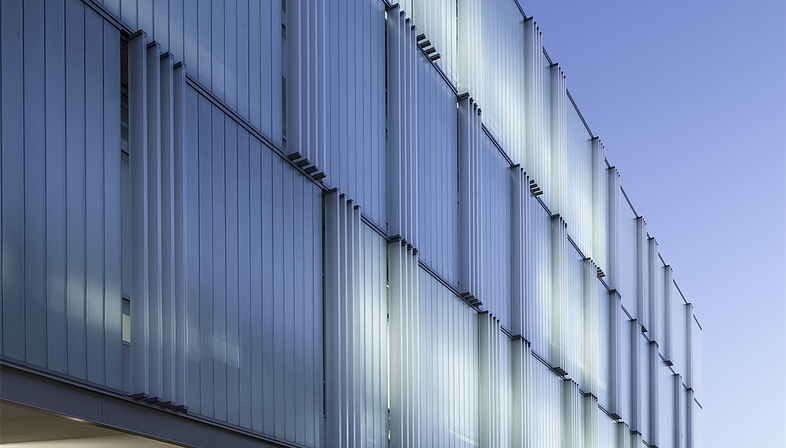 The characteristic architectural idiom of Israeli studio Chyutin Architects is clearly visible at the NIBN, National Institute for Biotechnology in the Negev. It has much in common with another recent project by Chyutin, a construction built to contain university classrooms and a library: the Polonsky Academy at the Van Leer Institute in Jerusalem. First of all, dualism between the building’s public front and an intimate, contemplative garden area is an important factor in both projects. The NIBN building is a separate volume standing on the southeast corner of Ben-Gurion University Campus in which the outer façades express the scientific rigour of the institute they contain; but the complex has a green heart, an inner courtyard that lets nature right into the architectural complex.

The walls on the two sides facing the other campus buildings and the road have a double skin of glass, a continuous façade on the inside and an outer surface of U-Glass, or U-shaped frosted glass, which lets light filter through while preventing glare and protecting against excess radiation, thereby limiting use of air conditioning. The building’s façades are modular, with a vertical rhythm created by the glass elements that contrasts with the horizontality created by the building’s four levels. Additional dynamism is introduced by the U-glass units creating openings in the façade and serving as sunbreaks, offering occasional points from which to contemplate the outdoors from inside. As in the Polonsky Academy, Chyutin redesigns the building’s façade, using the cladding as a sunbreak and thereby confirming its traditional role offering shelter for the building’s interior. From the street, the building is almost entirely screened-off, to the point of appearing reserved and proud, while from the inside of the offices the screen is occasionally interrupted by sunbreaks, offering users a break from hard work and concentration with views of the cityscape. This hymn to geometry and order is reinforced by the ground floor, like an empty void supporting the entire structure and the upper levels. The building rests on the ground with two cement blocks at the northeast and southwest corners, one containing an auditorium with utility areas and the other a meeting room with bathrooms. Double windows surround the coffee shop in the southeast corner, while a grid of 7 concrete pillars occupies the northwest corner. This is the source of the sense of lightness conveyed by the whole structure, a place designed for entertainment, relaxation, knowledge and discussion. The material characterising the campus is bare concrete, in both the existing pavilions and the new construction, plus glass, which appears in a variety of forms in Chyutin’s project.

The 7 pillars are located in a garden, partly covered by the upper levels and partly uncovered, forming the inner courtyard. The offices and laboratories overlook this empty space, which accounts for about a third of the total surface area, on the basis of a layout which is as rigorous as the building’s outer walls, with their sporadic windows giving the idea that they don’t want to interrupt the researchers’ concentration. 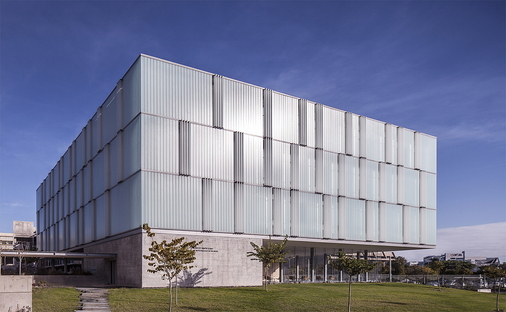 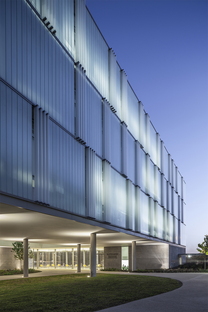 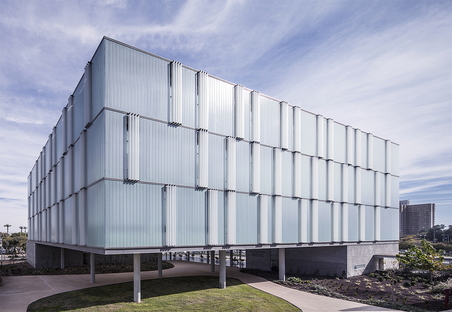 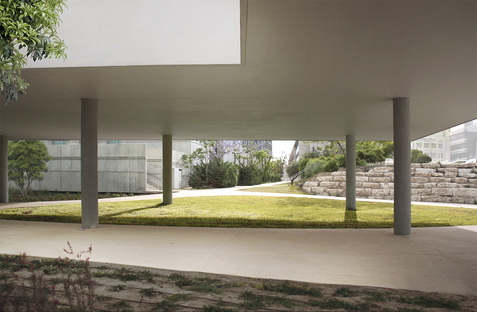 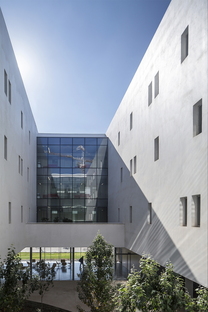 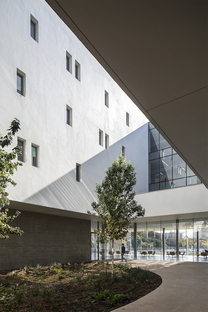 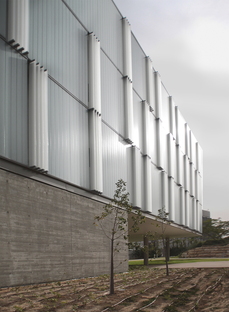 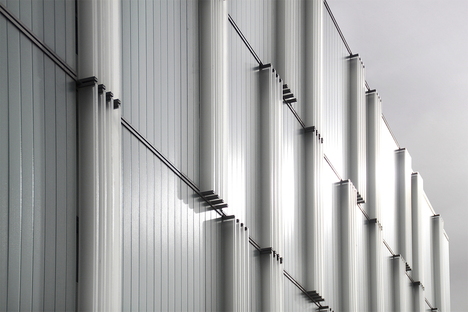 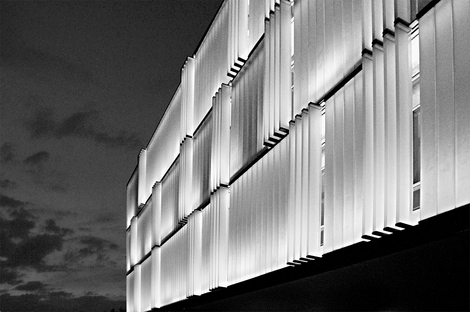 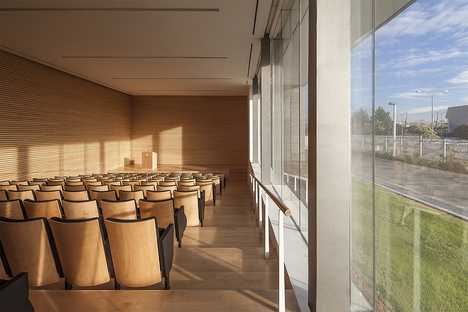