From 23 to 27 September, the international fair dedicated to the world of ceramics and bathroom furnishings will return to Bologna. It promises to attract prestigious guests for the “costuire, abitare, pensare” (“building, dwelling, thinking”) programme and events in the fair district and the city centre. Meanwhile, the focus in terms of materials is on the importance of a cost-effective and eco-friendly choice, such as the large slabs which will be featured in laying demonstrations. 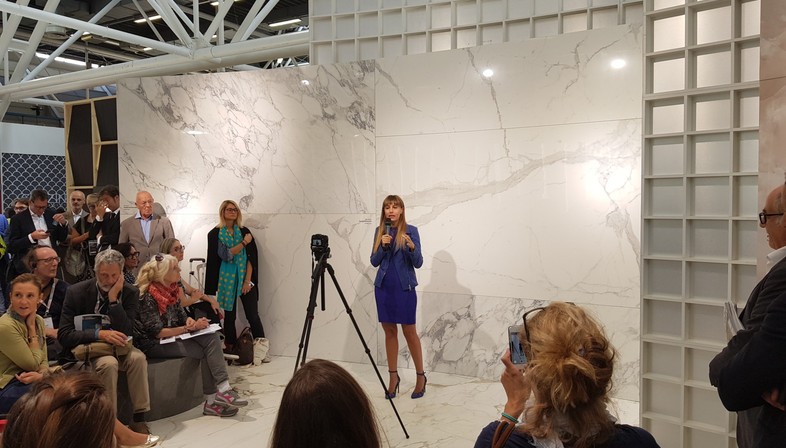 The 37th edition of CERSAIE, the International Exhibition of Ceramics for Architecture and Bathroom Furnishings, will kick off in Bologna’s Fiera district from 23 to 27 September 2019. As per tradition, the event will be accompanied by a rich programme of cultural events dedicated to architecture and design.
Sustainability, eco-friendliness, attention to the environment and climate change are the key issues for this edition, as evidenced both by the programme of events and by the choice of international guests invited to present their work and visions of contemporary architecture.
In the field of initiatives which are closely linked to ceramic materials, for example, there is a focus on the importance of cost-effective and eco-friendly options such as large slabs, which will feature in laying demonstrations for the eighth edition of the Città della Posa, a specialist area dedicated to the practice and theory of tiling. Meanwhile, the talks scheduled for the “Costruire, Abitare, Pensare” programme, now in its eleventh edition, will involve key figures in international architecture who come from countries where the social and environmental issues of today are most deeply felt.
The first guest of Cersaie 2019’s cultural programme is Chilean architect Felipe Assadi. Born in Santiago de Chile in 1971, Felipe Assadi was named best under-35 architect in Chile in 1999. Since 2011, he has been Dean of the Faculty of Architecture and Design at the Finis Terrae University, which he himself attended, and has taught at numerous universities across Chile and the world. His works in Chile, Mexico, Guatemala, Peru, Puerto Rico, Venezuela, the United States, Ecuador and Colombia all have something in common: the use of cost-effective materials which are easy to obtain, transport, assemble and disassemble in a short space of time. Some of his works have already been mentioned in the pages of Floornature, such as Casa La Roja in the Chilean mountains of San José de Maipo and the imposing Casa H, set in the coastal landscape of Zapallar. 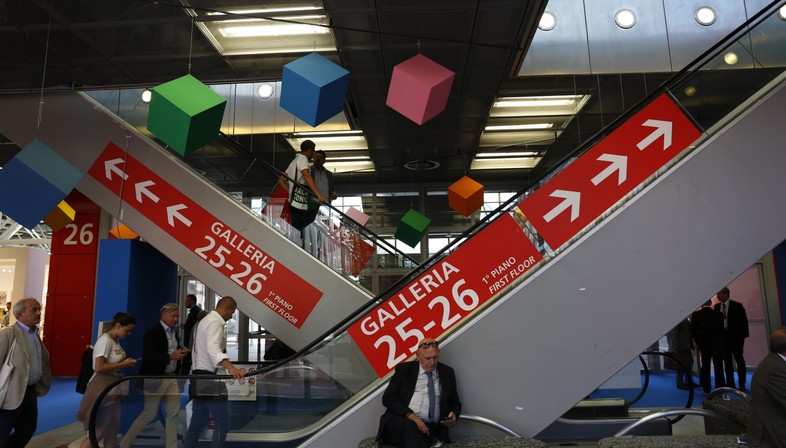 Research and experimentation with materials with a low environmental impact, which are suited to the socioeconomic setting of the works, are the hallmarks of the architecture of Anupama Kundoo, who will give a lecture on 25 September at 4.00pm at the Galleria dell’Architettura. Born in Pune in 1967, the Indian architect has worked and taught widely both in her country of origin and in other cities around the world, as well as in a range of different cultural settings including Berlin, London, New York, Venice and Barcelona. Author of numerous publications, she is also interested in urban design. In 2013, she received an honourable mention at the arcVision International Award for Women in Architecture for “Her dedication in addressing the problem of accessibility in the construction sector and sustainability in all its facets”.
On Thursday 26 September, architect Emilio Ambasz, considered a forerunner of “green” architecture, will take to the stage. Born in Argentina, Ambasz has taught at the School of Architecture at Princeton University and served as curator of MoMA from 1969 to 1976. He has received some major international awards for his architecture. He himself was awarded the Honorary Fellowship at the American Institute of Architects and the Honorary International Fellowship at the Royal Institute of British Architects.
A lecture by architects Dominique Jakob and Brendan MacFarlane, who founded architecture firm Jakob+MacFarlane in 1992, is also hotly anticipated. The works by the Parisian duo explore the use of digital technology, both has a conceptual tool and as a means of production, using new materials to create more flexible spaces. 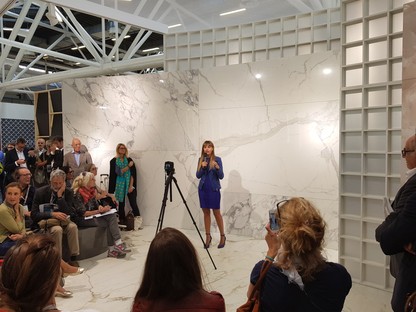 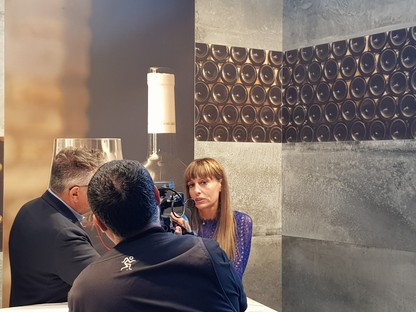 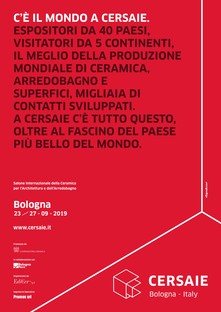 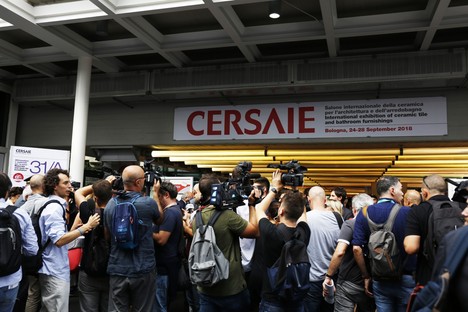 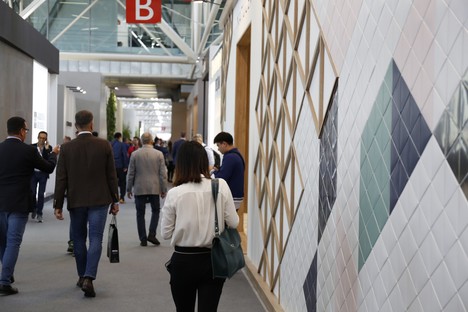 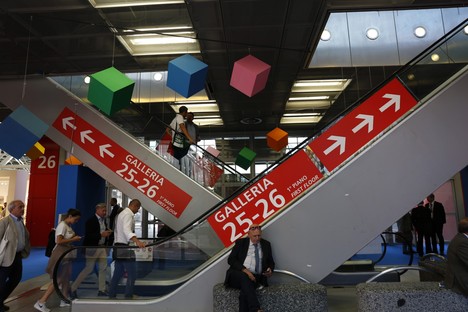 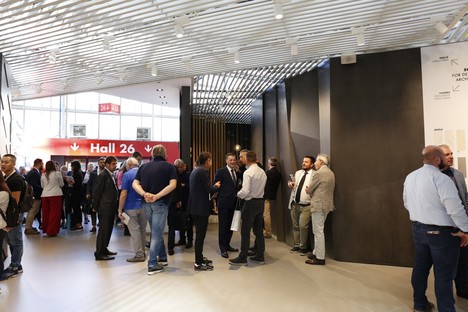 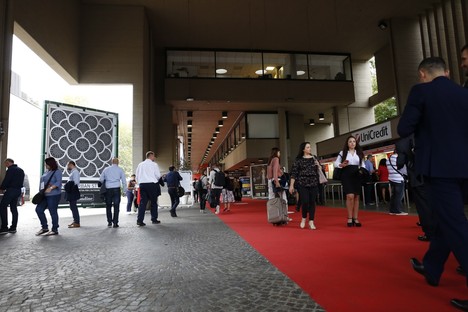 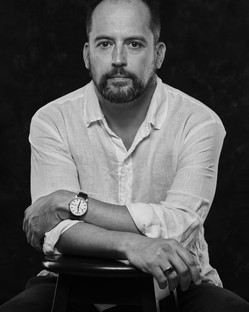 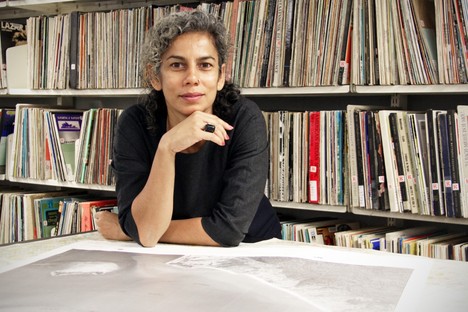 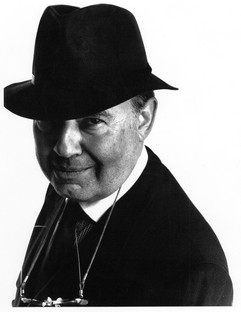 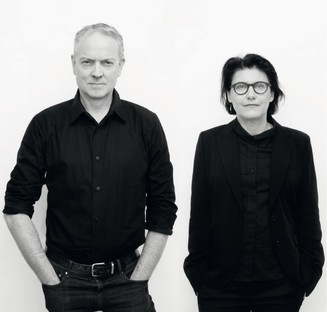