The ACROS centre in Fukuoka recently celebrated the 25th anniversary of its construction. The design, created by Argentinian architect Emilio Ambasz and considered a precursor to “green” architecture, is the result of a research project started forty years ago based on the idea of giving back to nature the land taken from it by the construction. An idea that has had a profound influence on subsequent projects which sought - and still seek - to establish a relationship of coexistence between architecture and nature. 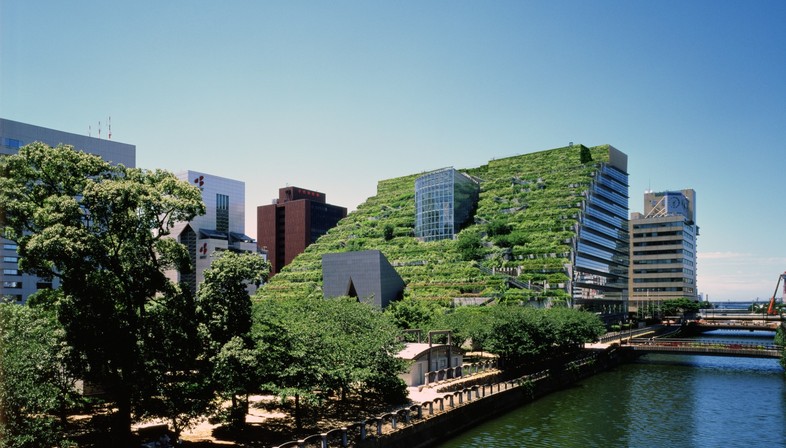 Argentinian architect Emilio Ambasz is considered a pioneer of “green” architecture, has taught at the School of Architecture at Princeton UniversityMoMA from 1969 to 1976. He has been the recipient of major international awards, such as the Honorary Fellowship at the American Institute of Architects and the Honorary International Fellowship at the Royal Institute of British Architects. One of his important works, the ACROS centre, which stands for Asian CrossRoad Over the Sea, designed in Fukuoka in Japan, recently celebrated its 25th anniversary. The project is the result of a line of research that the Argentinian architect had embarked upon fifteen years prior, based on the idea of giving back to nature the land taken from it with the construction of a building, neatly summarised by the saying “green over grey”. Indeed, the need for new government offices in Fukuoka was nearly irreconcilable with the fact that the only available site was a two-hectare public park in the city centre. The idea of using this last green area for a new construction, albeit for public purposes, was met with strong opposition and protests from citizens. The design proffered by architect Emilio Ambasz had the merit of reconciling the two opposing positions, allowing for the same span of green land to be preserved whilst still constructing the new offices, with the added benefit of obtaining an iconic building representative of the entire city. 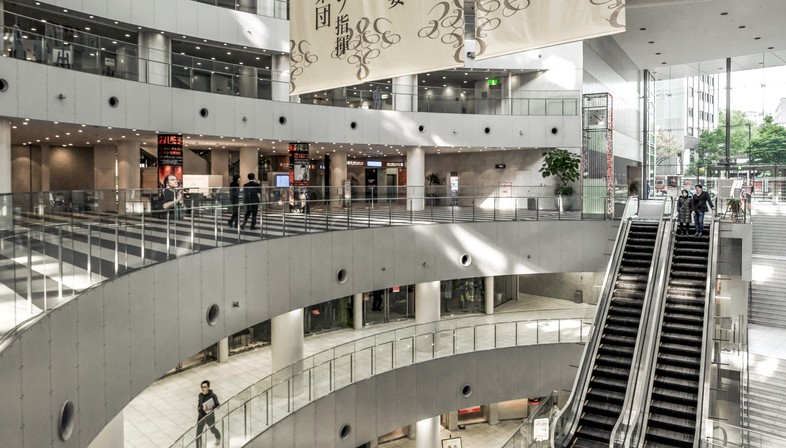 The Argentinian architect’s idea, based on a system of garden terraces, allowed for the expansion of the building’s façade, all whilst compensating for the portion of green land taken up by the construction. The structure features 14 large terraced gardens, each alternating with pools and water courses. Finally, on the roof, there is a belvedere that offers panoramic views over the port and the areas surrounding the city. All this is accessible and open to the public, along with the land in front. Talking about his project, the architect Emilio Ambasz said: “The building is at the heart of a city that previously had a two-hectare square and which still has a two-hectare square”. Inside, a surface of over 97,000m2 is home to: multipurpose spaces with an exhibition hall, a museum, a 2000-seat theatre, conference rooms, government and private offices, an information centre for tourists, commercial spaces and four underground levels.
Emilio Ambasz’s green pyramid has had a profound influence on subsequent projects which sought - and still seek - to establish a relationship of coexistence between architecture and nature. The ACROS centre has won major international awards, such as the American Institute of Architects’ Business Week/Architectural Record Award and the first prize from the Japanese Institute of Architecture. Twenty-five years after its construction, there are two solid tests proving that the Argentinian architect’s intuitions remain valid to this day. The building has shown significant natural development: whereas at its opening, the green pyramid was home to 76 plant varieties and 37,000 plants, today it boasts 120 varieties and 50,000 plants. In addition, a thermal environment measurement survey conducted by Takenaka Corporation, Kyushu University and the Nippon Institute of Technology has certified that the ACROS centre makes a significant contribution to reducing the heat island around it and to reducing energy consumption and carbon emissions, making for a 15°C difference between the exterior and interior of the building in the hotter seasons. 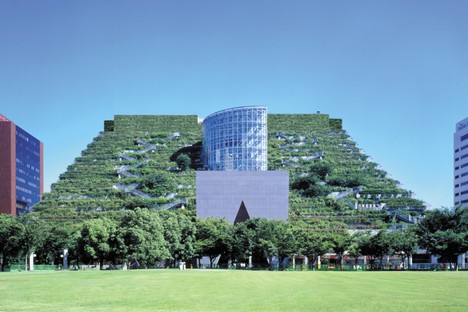 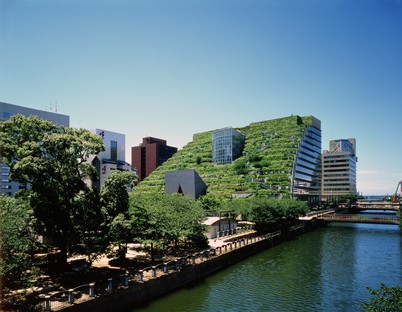 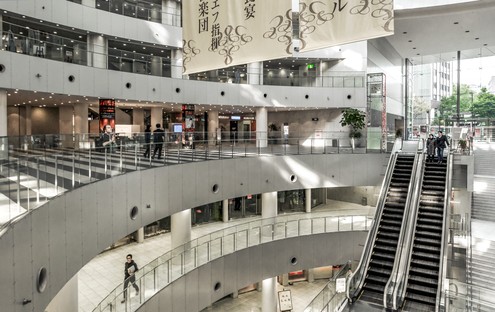 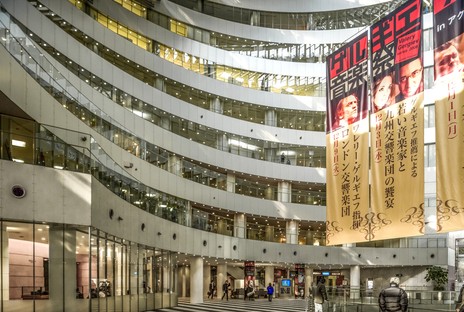 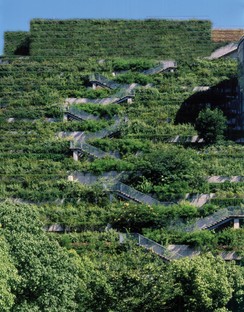 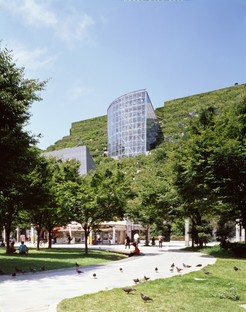 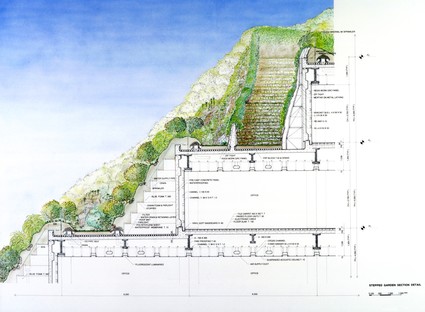 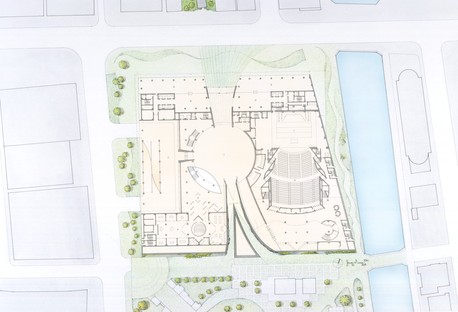 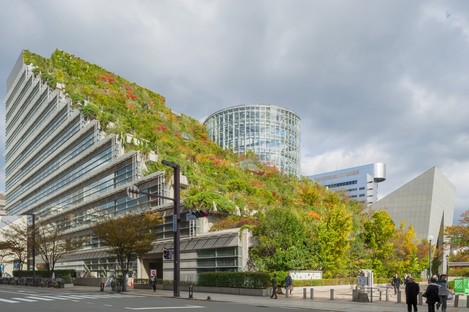 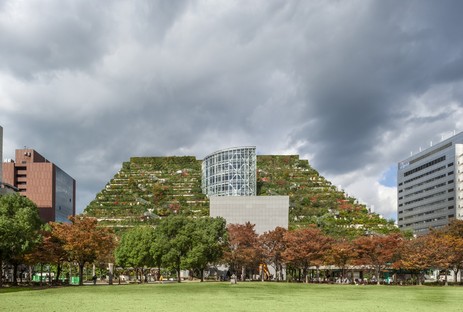 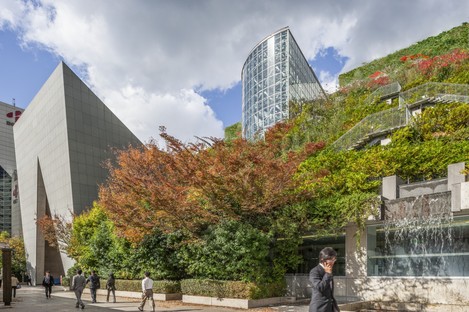 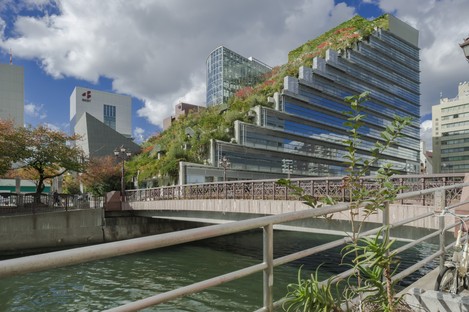