Architekturpreis Beton recognizes outstanding achievements in the use of concrete for architecture and is one of the most eagerly awaited awards to learn about the state of the art of German architecture. Since 2008, the Federal Association of the German Cement Industry has awarded the prize in collaboration with the German association of architects (BDA), and this year’s recipients are four equal-ranking winners and four commendations. 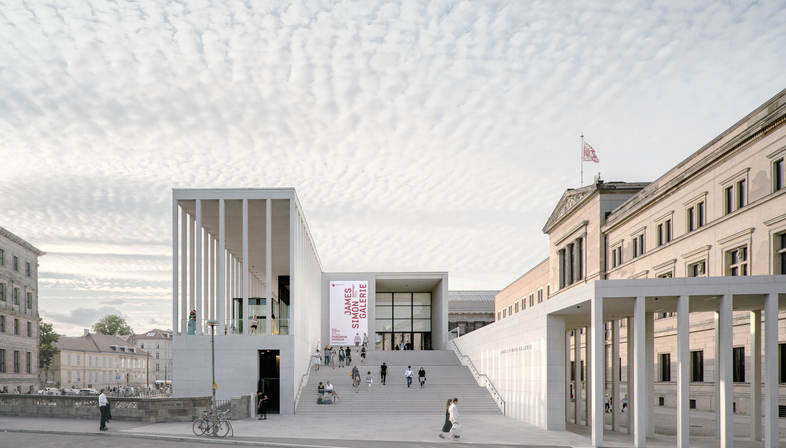 1974 marked the 25th anniversary of the Federal Association of the German Cement Industry, and it was also the inaugural year of the Architekturpreis Beton prize for concrete architecture promoting the outstanding use of concrete in building design. It went on to become one of the most sought-after recognitions across the German architecture scene, especially since 2008 when the German association of architects (BDA) began collaborating in its organization.
Every three years, the prize recognizes outstanding achievements in the creative, constructive and technological use of concrete in architecture and engineering. Architects, engineers and building owners can all submit their projects for recognition. In addition to the residential, cultural and administrative buildings constructed in Germany, submissions can include industrial buildings and engineering structures, also incorporating additions and architectural transformations of existing buildings.
143 projects participated in the 2020 edition, and the jury selected the winning entries and recognitions from these. They awarded a total of four, equal-ranking winners and four commendations.
The equal-ranking winners were the Terrassenhaus Lobe Block terrace house in Berlin by Brandlhuber+; the extension of the Württembergische Landesbibliothek library in Stuttgart by Lederer Ragnarsdóttir Oei; the new Baulücke Köln building by Wolfgang Zeh; and the James Simon Gallery by David Chipperfield Architects Berlin, already showcased in Floornature.
The four commendations went to Steimle Architekten BDA for the Kressbronn Library; hehnpohl architektur bda for the house at the Buddenturm in Münster; wulf architekten for the modular primary schools in Munich; and the architectural office E2A / Piet Eckert and Wim Eckert for the new taz building in Berlin.
It’s interesting to see the inclusion of two residential projects: the Baulücke Köln building by the architect, Wolfgang Zeh and the house at the Buddenturm in Münster by hehnpohl architektur bda. In both cases, the homes are located in a historical context posing unprecedented challenges for the designers.
The name Baulücke Köln – basically meaning a vacant lot – already tells us that it stands in a disused gap between other buildings. This gap in a row of listed Wilhelminian-style houses in Cologne-Ehrenfeld measures 10.00 x 3.50 metres. The clear width between the firewalls of the existing buildings was three metres, and it was only possible to use a depth of 7 metres to build a house. hehnpohl architektur bda faced similar conditions for their project in Münster, which required a sensitive approach to introduce a new building into the dense network of historic buildings in the picturesque city centre. Here, the architects crafted a modern house with a bare brick facade that still matches the scale and rooflines of the old neighbouring buildings. 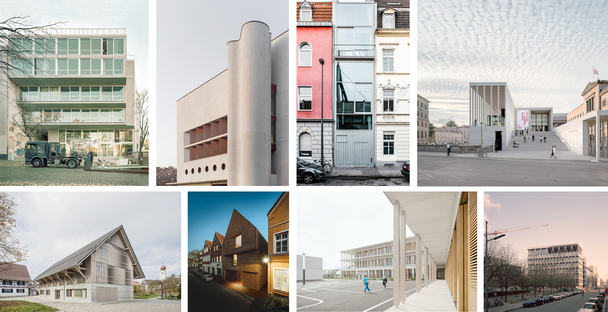 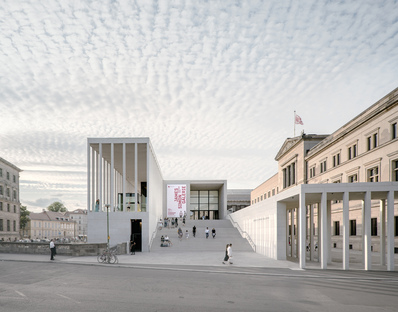 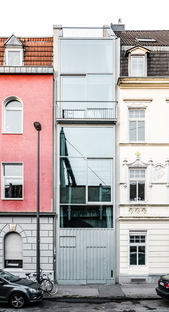 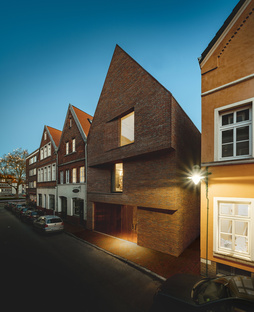 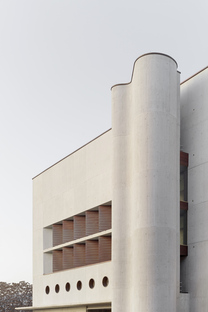 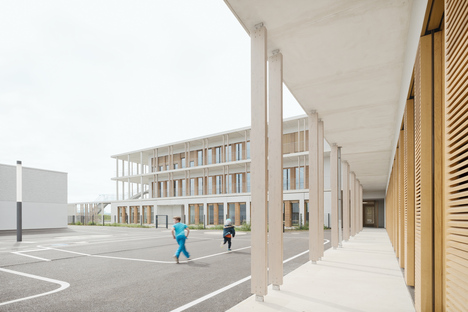 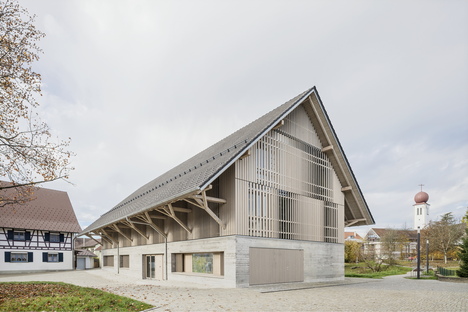 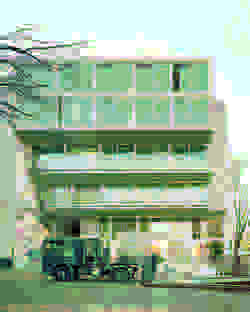 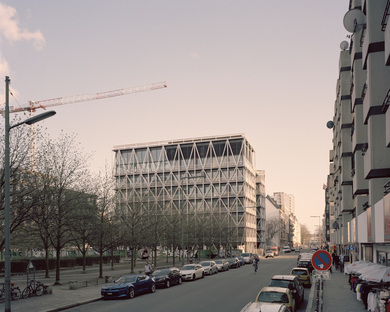